I fought the drone, and the drone won. (GRAPHIC PICTURE WARNING!!!)

knitepoet Senior MemberPosts: 21,392 Senior Member
September 2020 in Clubhouse #1
Decided to get my drone out last night and see if the  flight and remote batteries would still take a charge. Also had to put the app on my new phone. It's been nearly 3 years since I'd had it out.

One of the flight batteries won't charge, the other, and the remote did.
Also got the app installed on my phone and then decided to see if the drone would power up, and if I could connect it to my phone.


To make a long story short, I screwed up and the drone started to auto-takeoff in the living room, without the controller, so, I grabbed it.

Word to the wise, don't grab a DJI Phantom 3 drone that's trying to take off. 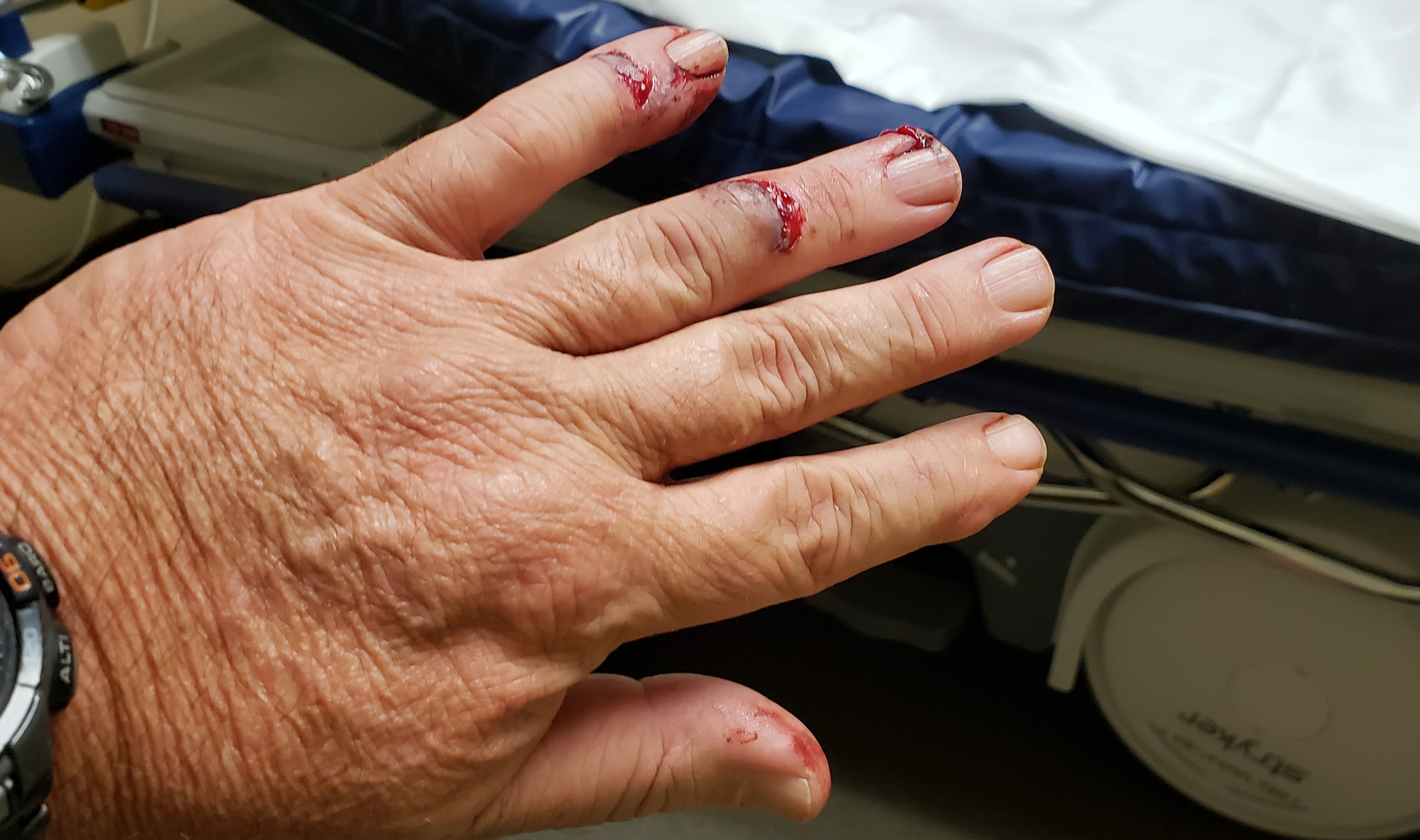 So here's a close up of it 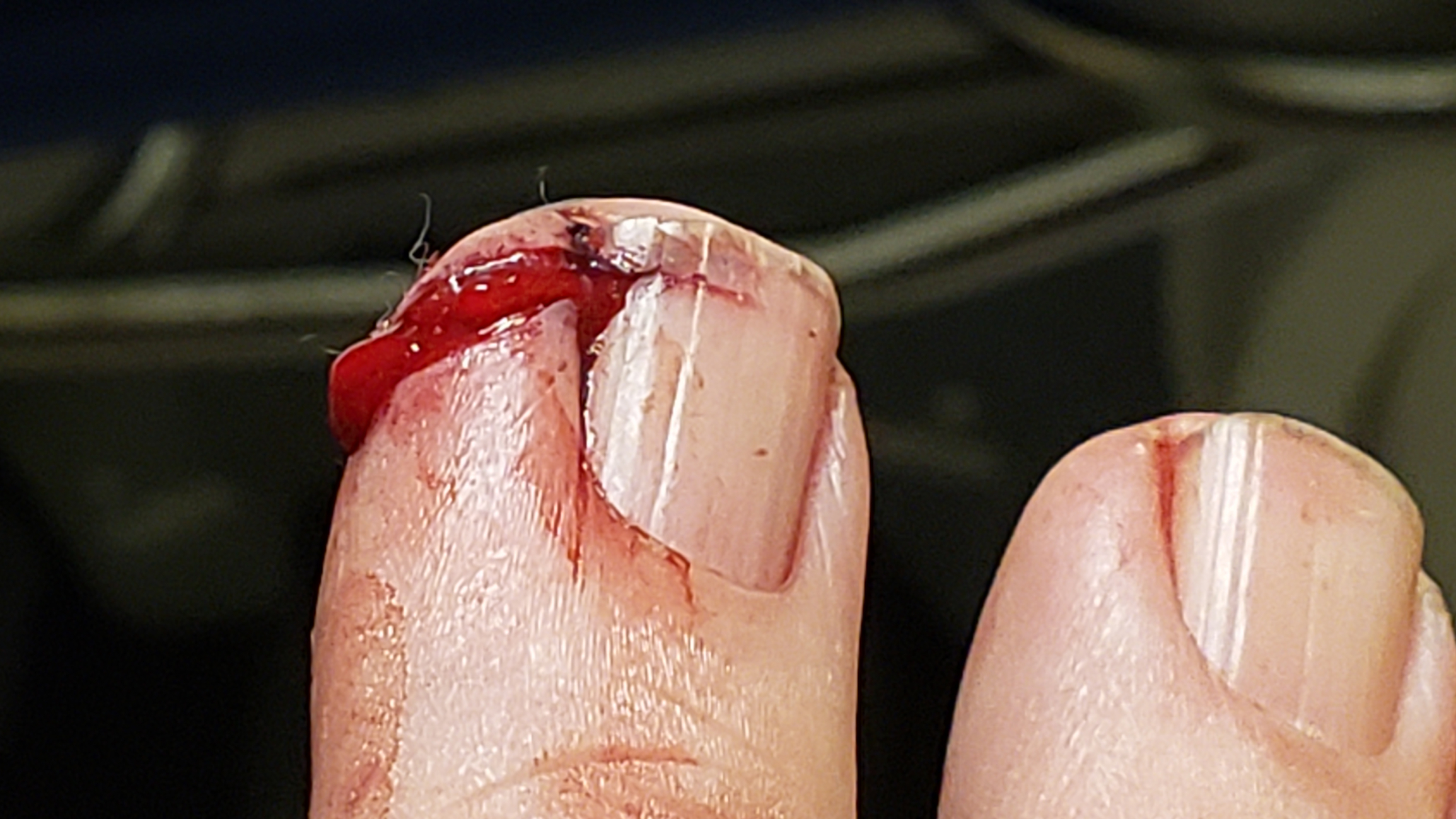 If you look closely, you can see it also cut through the fingernail. The ER doc resident put 3 stitches in that one.

Plus I have this on my thumb 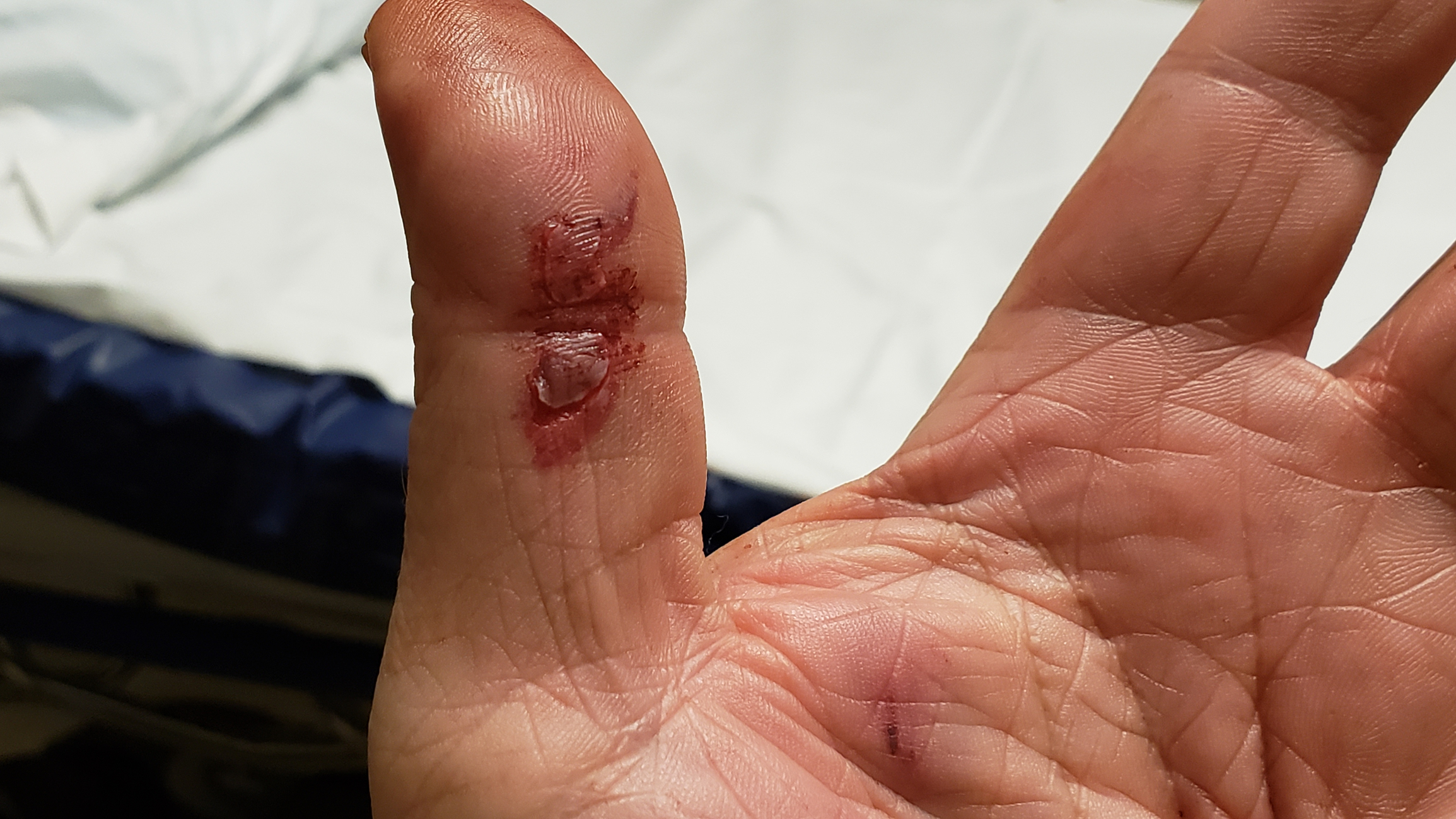 She asked me if I wanted her to try and put a  stitch or two in the biggest avulsion on the back of my ring finger, but told me she wasn't sure it'd hold because of how thin the skin is. I told her not to worry about it, because the flap's big enough, and there's enough crap on the tips of the drone blades, that leaving it open, in case it tries to get infected , would probably be best. 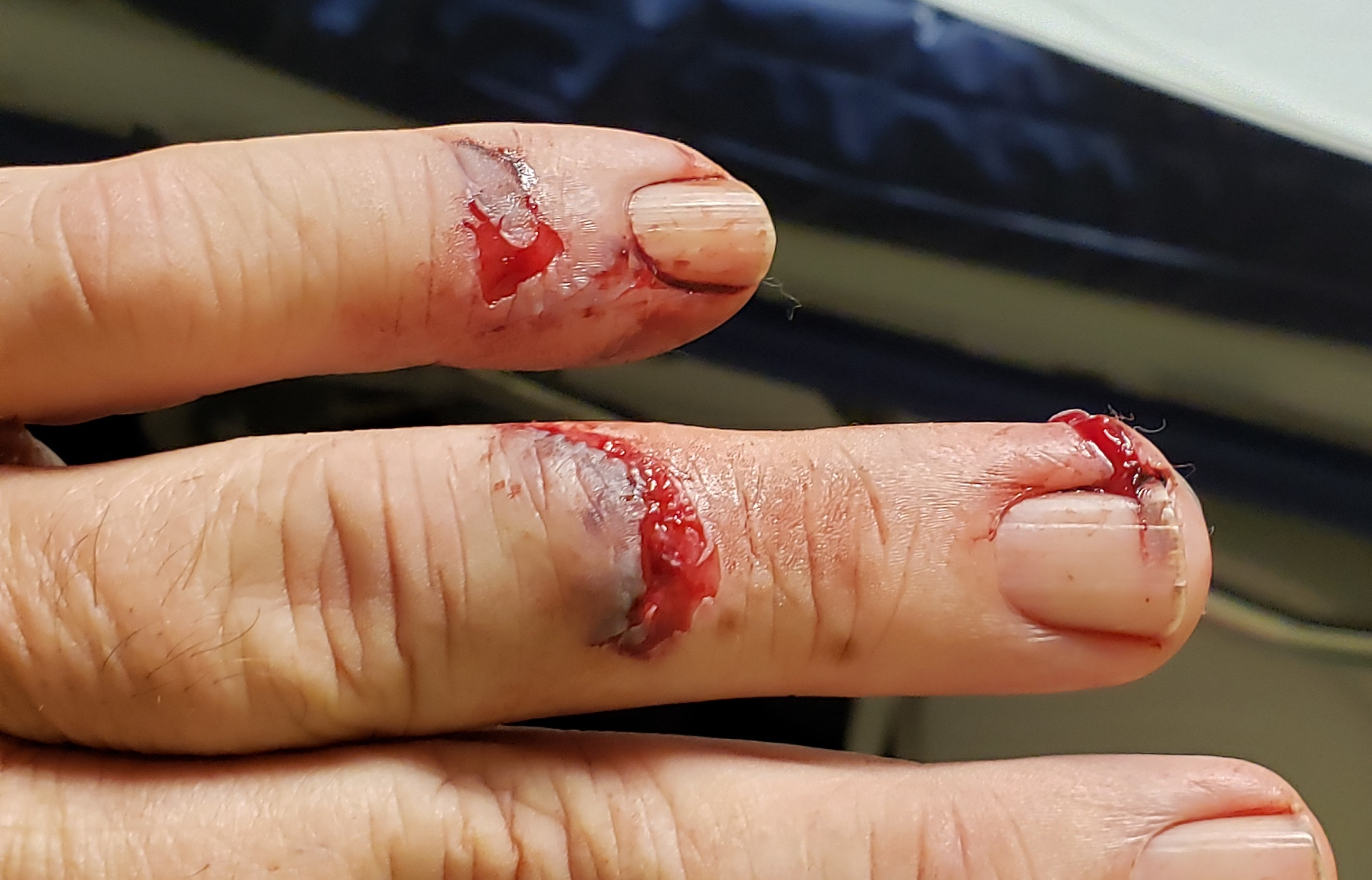 I've self treated worst cuts before, however, being a psyche nurse and state employee, I needed a doctors excuse.  The "full blown" MD came in to see me, and while he was looking at it, I asked, "How long until I can start washing this hand 30+ times a day?" He looked at me funny, asking why and I explained where I worked.  So I am off work until at least Thursday, with 3 of the fingers on my dominant hand "out of commission"


Not Billy Chuck's infamous toe, however some people are squeamish, hence the warning in the title