Zee Senior MemberPosts: 24,349 Senior Member
November 2020 edited November 2020 in Hunting #1
It was fast and I didn’t have time for pics and such.
We were in a stand, trying to get a shot at an Axis cull buck. As soon as we got to the stand, I saw him cross a sendero without presenting a shot. About an hour later he crossed another sendero without a shot. Damn!!  Then, for a third time, he crossed a sendero without stopping for a shot at about 200 yards!!
i said, “Screw it!  We are gonna drive around to the other side of the flats. He’ll come out into them right before dark.”
So we did.......and so did he. At about 200 yards, he came out of the brush. But again, he wouldn’t stop and stand still. Kept walking around checking his does. FINALLY, after he had walked further away over time.....he stood broadside and my boy asked, “Is that a good shot?”
I ranged him at 315 yards, broadside!
Reached over and dialed 5 MOA into his scope.
“YES!”
The gun fired and he lurched. Stiff legged, he ran for the brush. We found him just on the edge of the brush in failing light as the sun had set and the twilight faded. 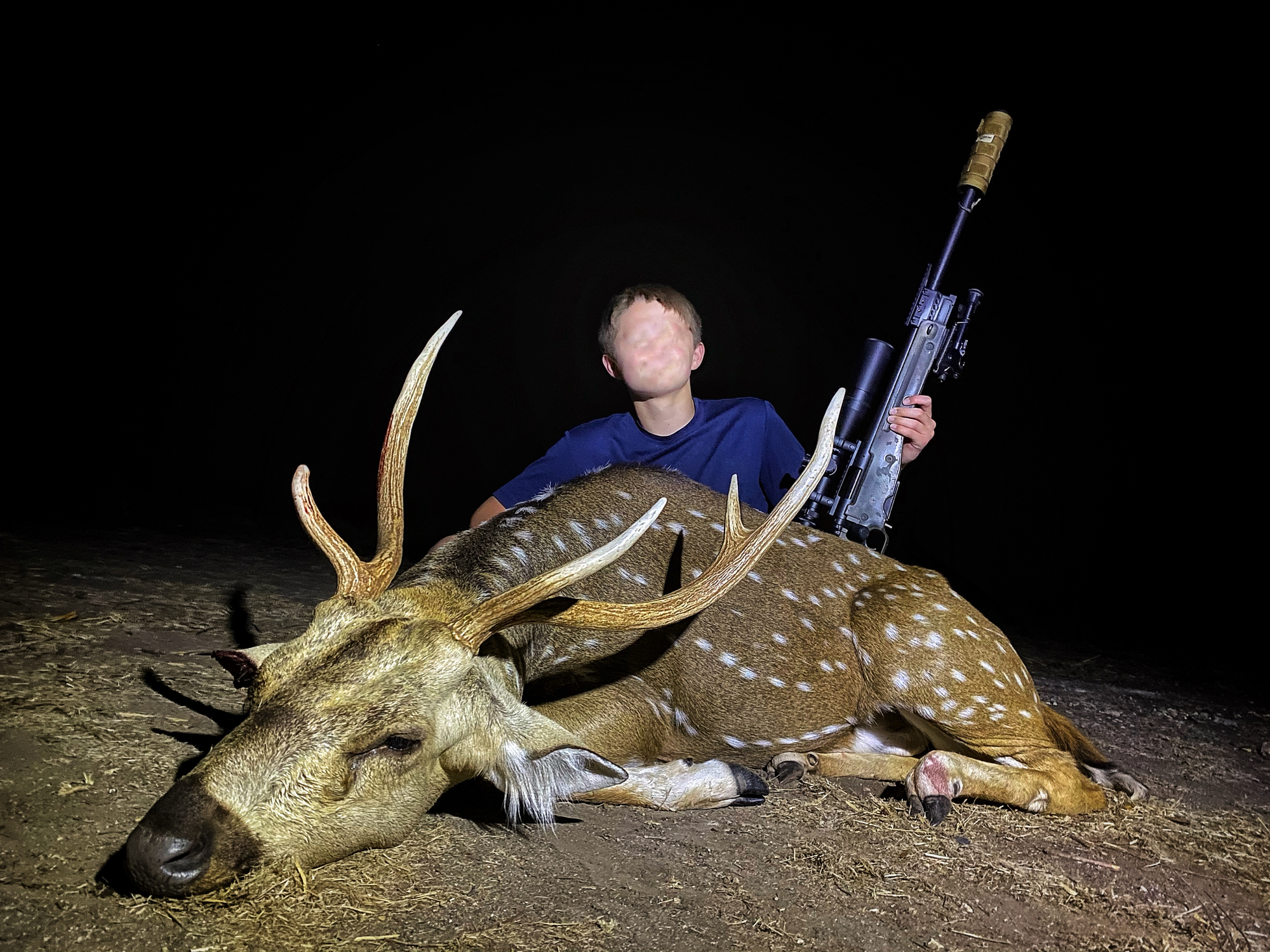 His longest shot on game and his furthest with the 6.5 Creedmoor.
Yeah. I’m a happy camper. 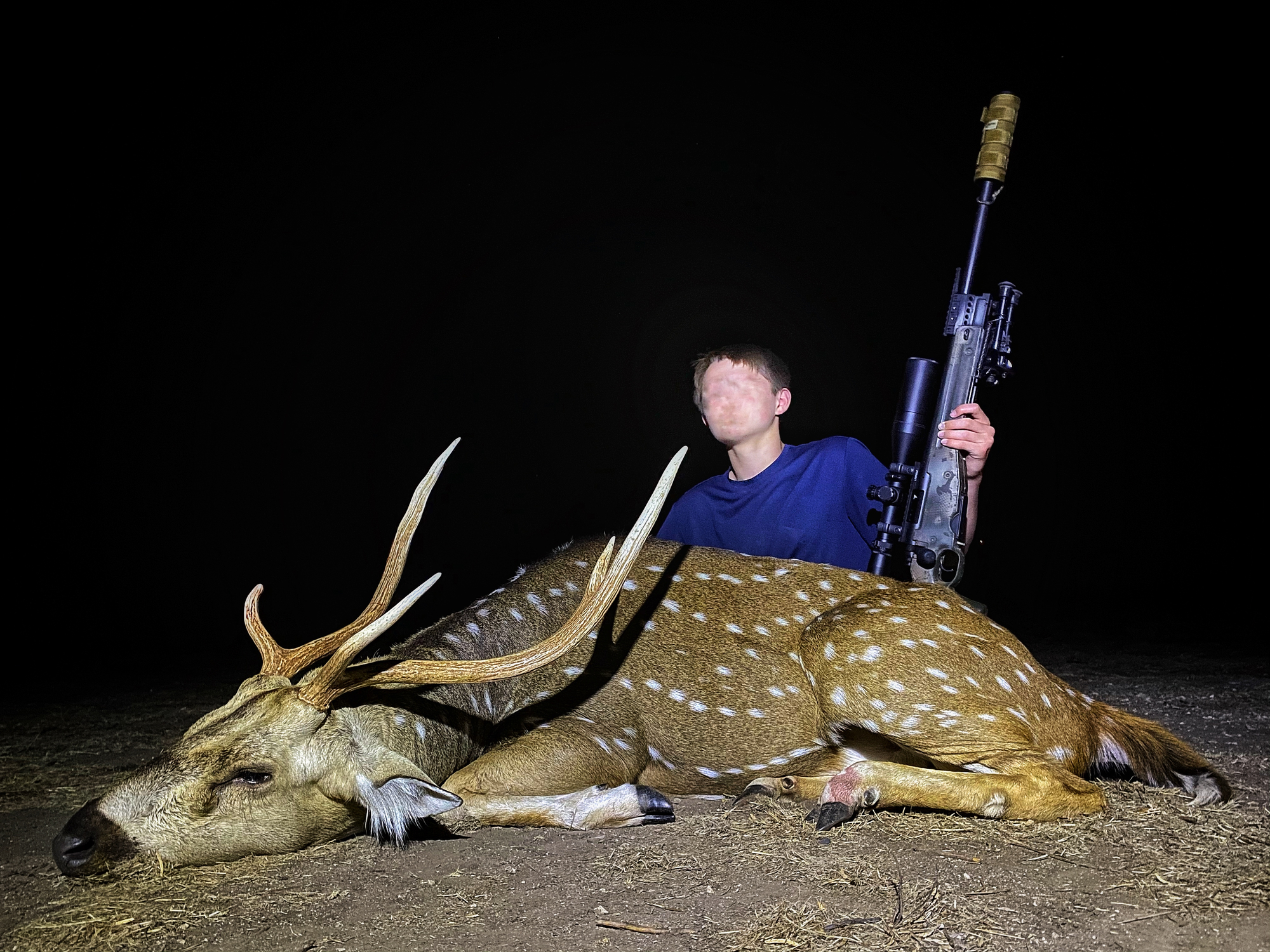 Another skull for the wall and hide for the floor. The boy is having a Hell of a year!! 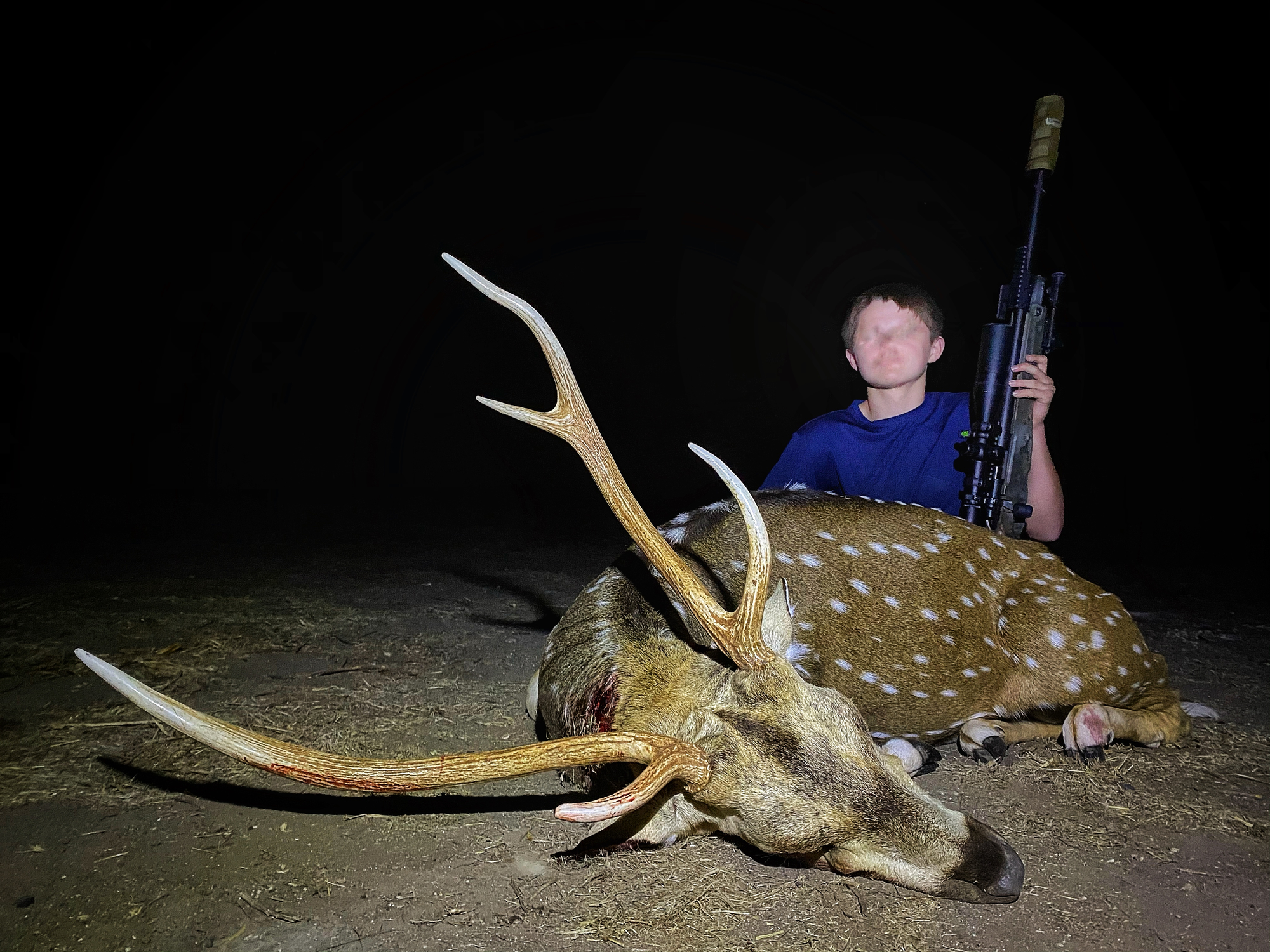 And his success with the 6.5 Creedmoor is what has prompted me to cut the barrel down on my .260 Rem Rifle. Apparently, the slower velocity doesn’t negate its lethality.
"To Hell with efficiency, it's performance we want!" - Elmer Keith
2 · Share on TwitterShare on Facebook