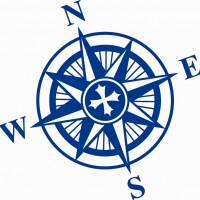 Great Outdoors MemberPosts: 322 Member
November 2020 in Hunting #1
I have been hunting a true trophy mature buck for the last 2 months- every time I see him he is either too far or it's too dark for an ethical shot- as a result I have passed up bunches of bucks this year.

Last week I had another opportunity- at 1630 3 does came out, started heading my way- then turned toward the acorns, 5 minutes later Big Boy steps out and follows the does- 350 yard shot and if he runs west it's a nightmare recovery so I passed, hoping they would return.

There has been a much hunted buck in our area sporting crab claws on the end of both main beams- the day before he was on camera 2.5 miles away- at 1700- he stepped out of the thicket into the shooting lane, turned back to go back in and I shot him quartering away through both shoulders to anchor him to the spot. 200 yards 30-06 165grain Federal premium Nosler partition- no exit. Bullet crushed both front shoulders and the lower half of his neck bones.  Big Boy is much bigger but this was a fine buck. The processer already heard "crabby was dead" before I got there. 18" spread and 9+ G2's 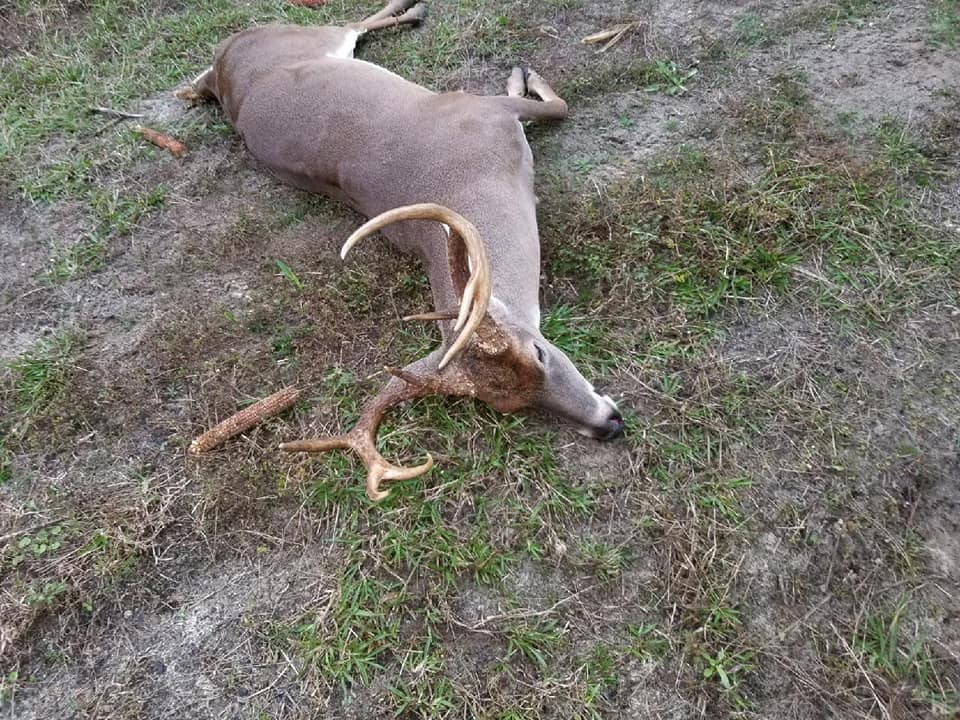 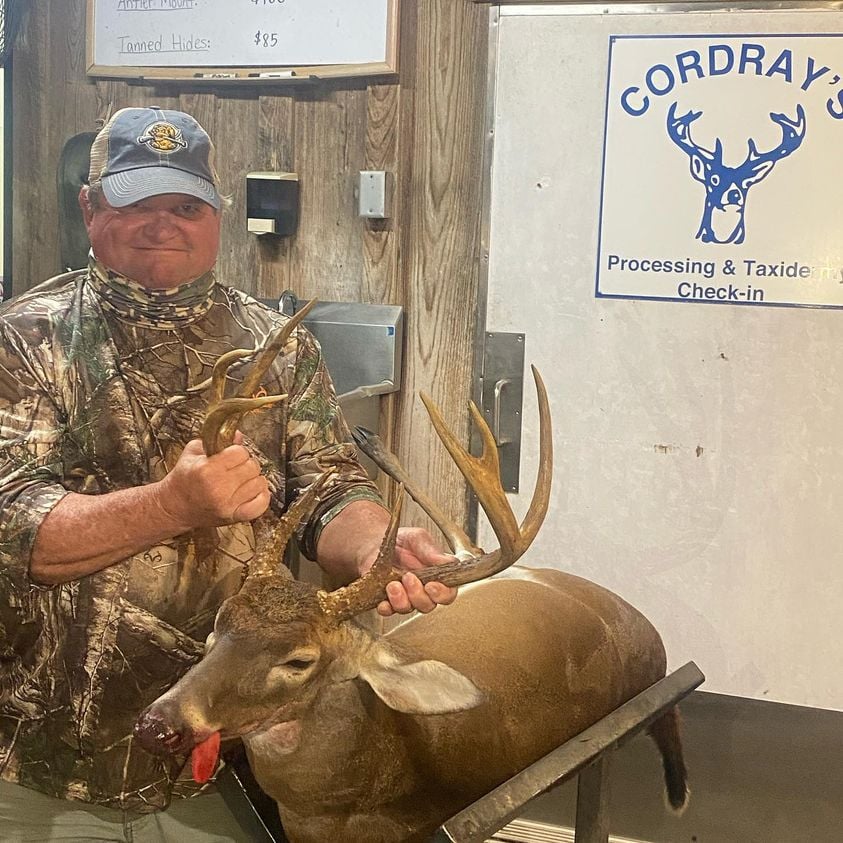