2nd moose for this season

TurdusMerula MemberPosts: 293 Member
November 2020 in Hunting #1
Today was a lucky and successful day for me. Again as I managed to shot my second moose in this season.
Beatiful, crispy morning. Temperature a couple of degrees Celsius below the freezing point. I had been sitting in my post in a youngish, dense forest for a little over an hour when I saw from the between the pine   trees and spruce that a moose was walking towards me. I tried to figure out a spot where I can shoot it.
I found one and hoped that it wouldn't change it's course in the next 30 yards as it stopped to listen the bark from the chasing daschund a few hundred yards behind.
It walked into small opening between the trees. I pulled the trigger and suppressor made the peculiar sound as the bullet left the barrel. I heard it hit the moose but didn't see where.
Moose bolted to full speed and I tried to shoot it between the trees. I was sure that I missed the second shot but I wasn't worried as I was pretty sure the hit should be lethal. Then the moose stopped in a tiny opening between the trees about 100 yards from me. Very badly quartering but from the experience I knew that ttsx would penetrate without the problem I shot it into left side, aiming through the moose and it's chest with my x-ray vision.
Third bullet was in the air and I heard a loud thumb from the hit. Moose took a few steps and started to collapse. Fell down, managed to rise once more but fell down again and stayed down. I walked to the moose and gave it Coup de grâce as it was still alive. Most propably didn't know anything about this world anymore but I don't want them to suffer. So one more bullet into back of it's head and it was over.
Later in our club's slaughter house I saw that first shot was perhaps 7-8 inches too far back for my liking but it had punctured the lungs and the rumen was intact as I found out in the forrest where I had already gutted it. Second was a miss, unfortunately but the third had cut through 4 ribs and thought the boiler room and exited from the middle of the sternum. Just like I had planned. 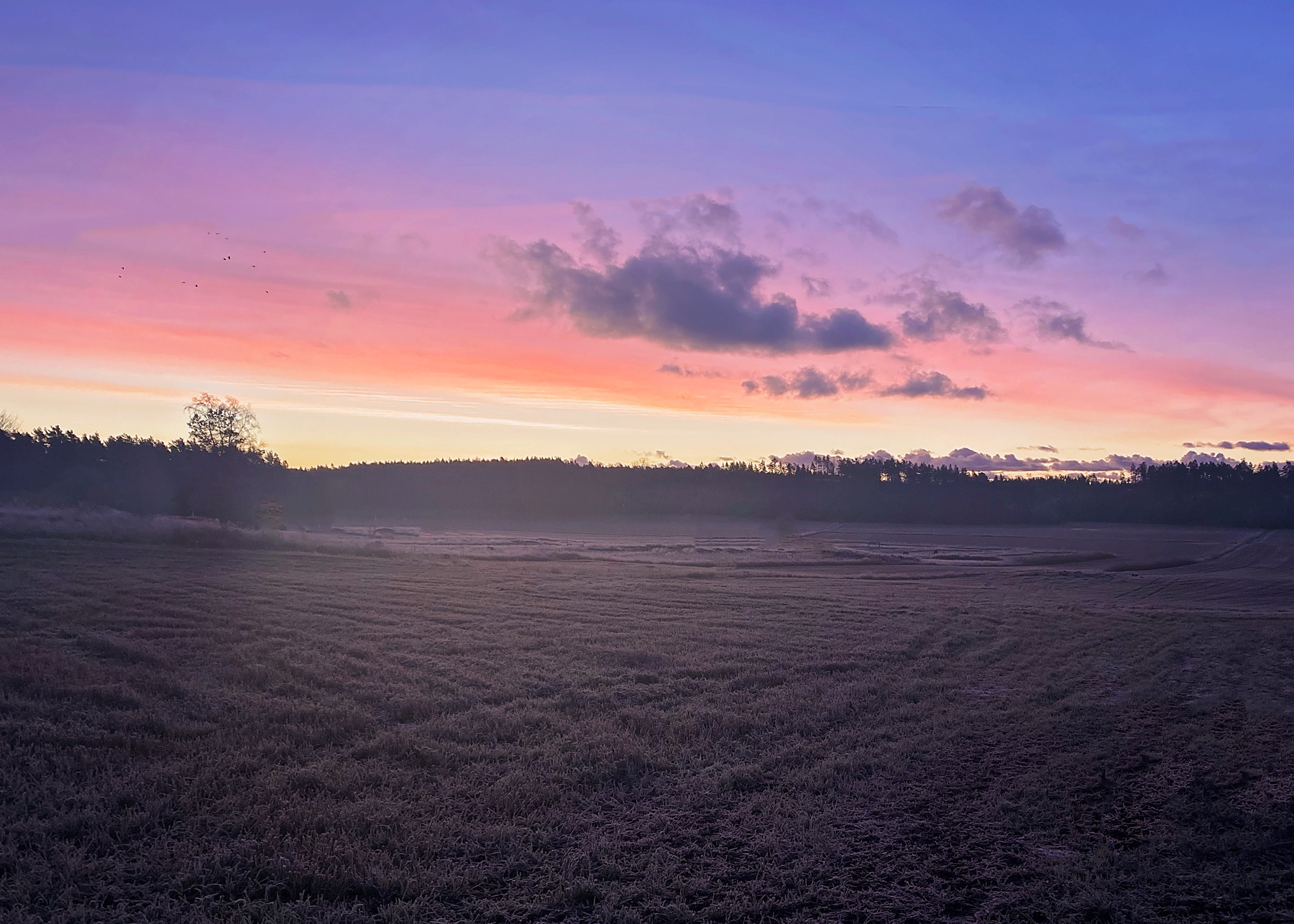 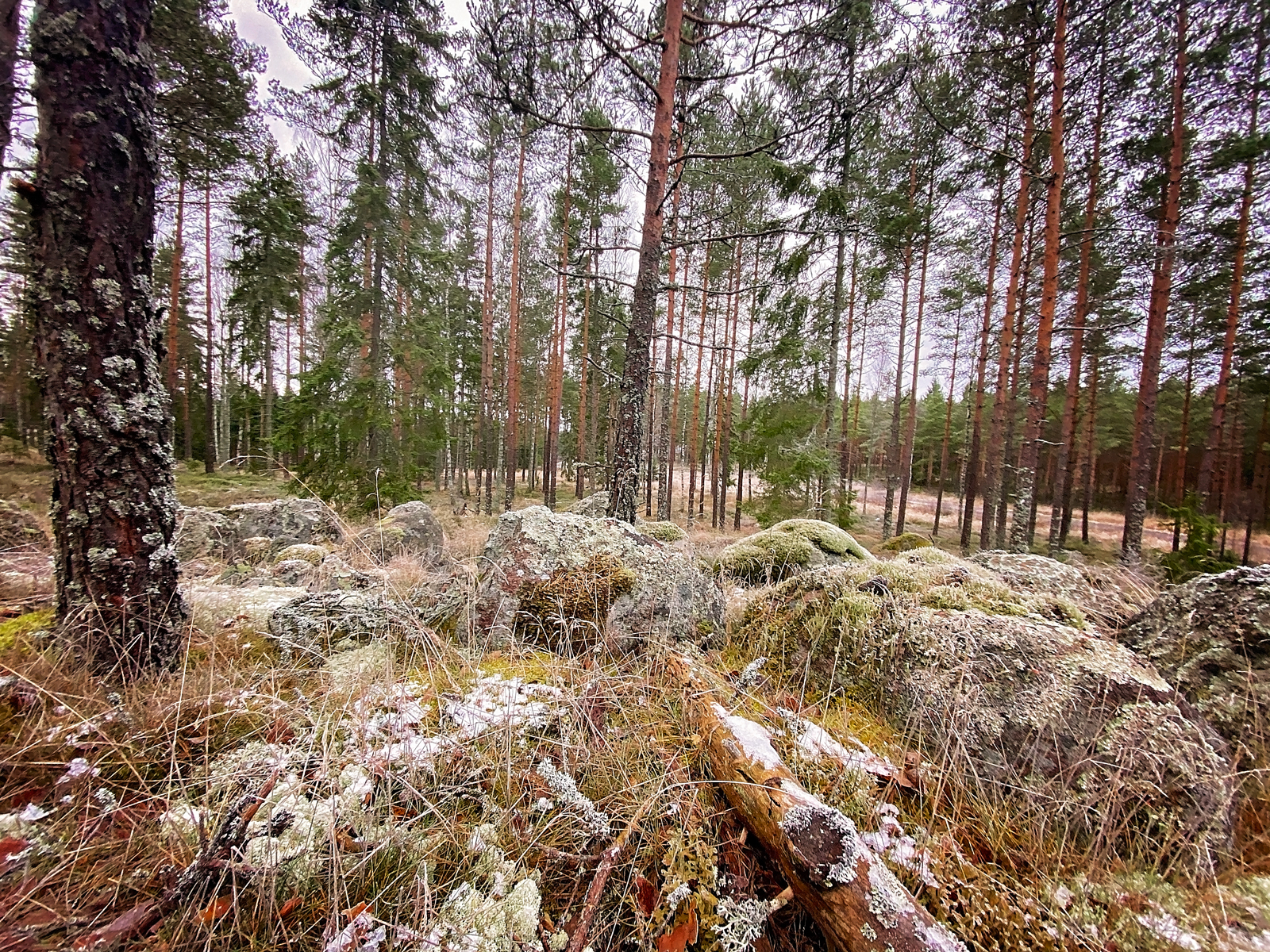 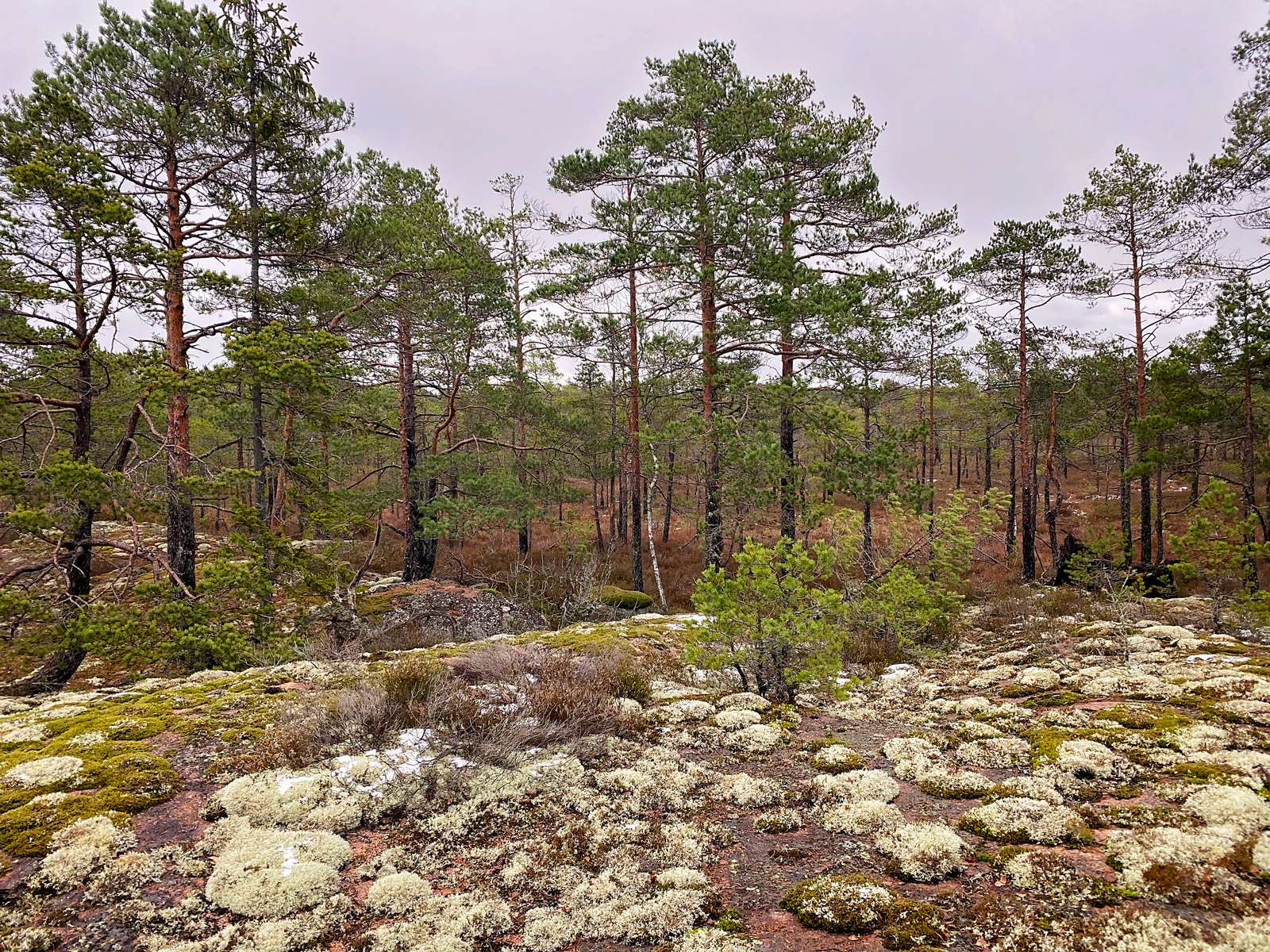 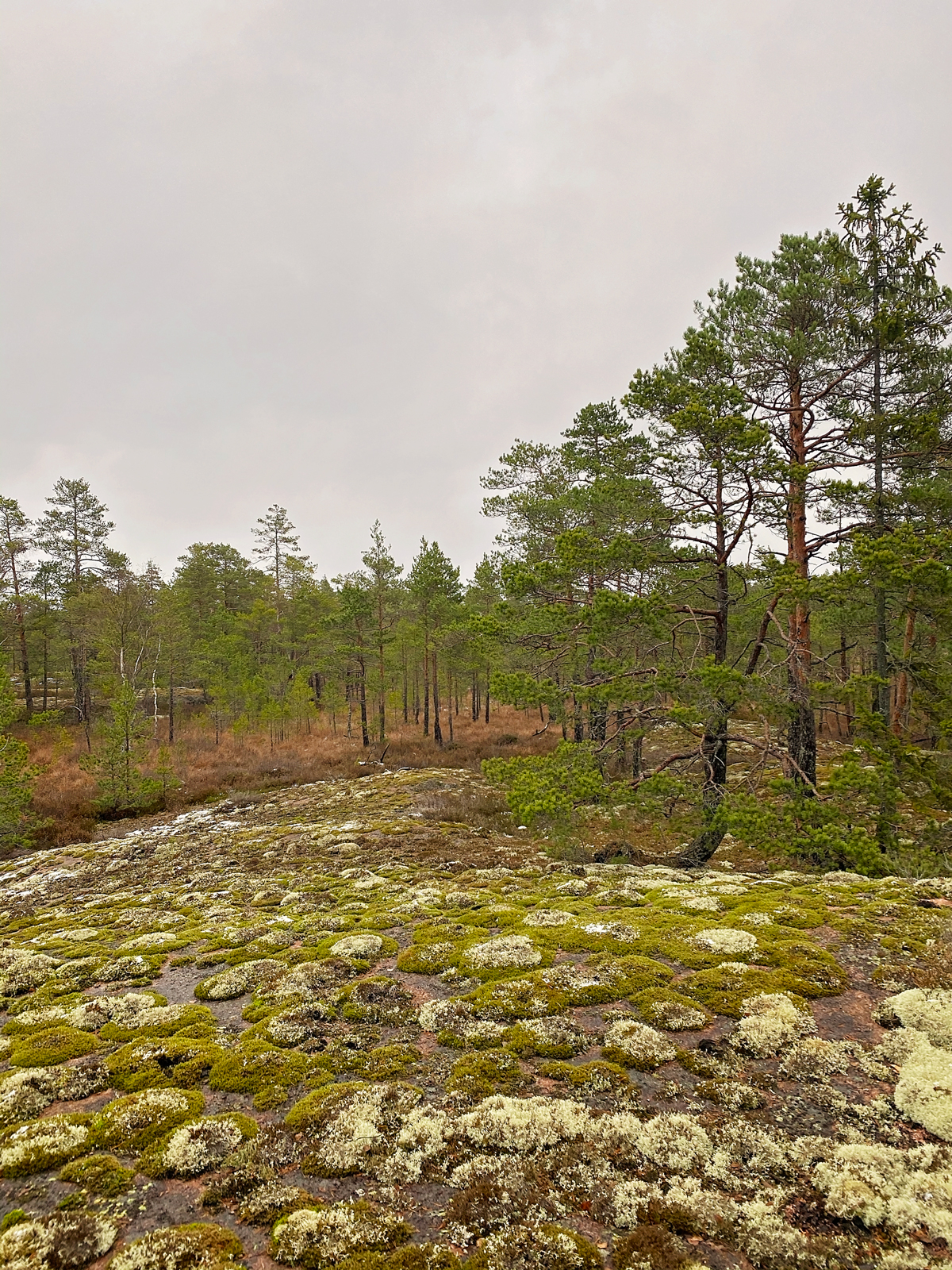 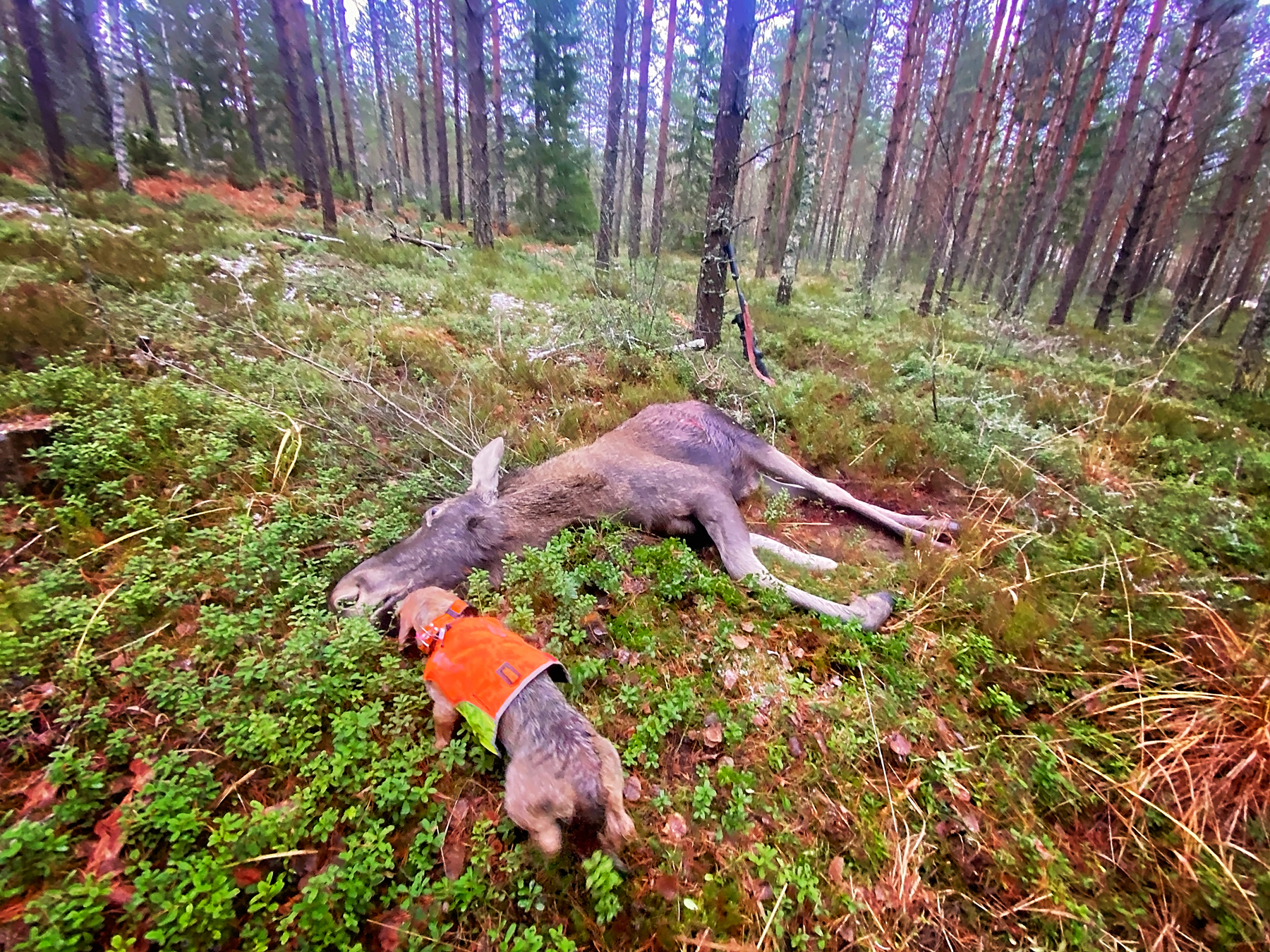 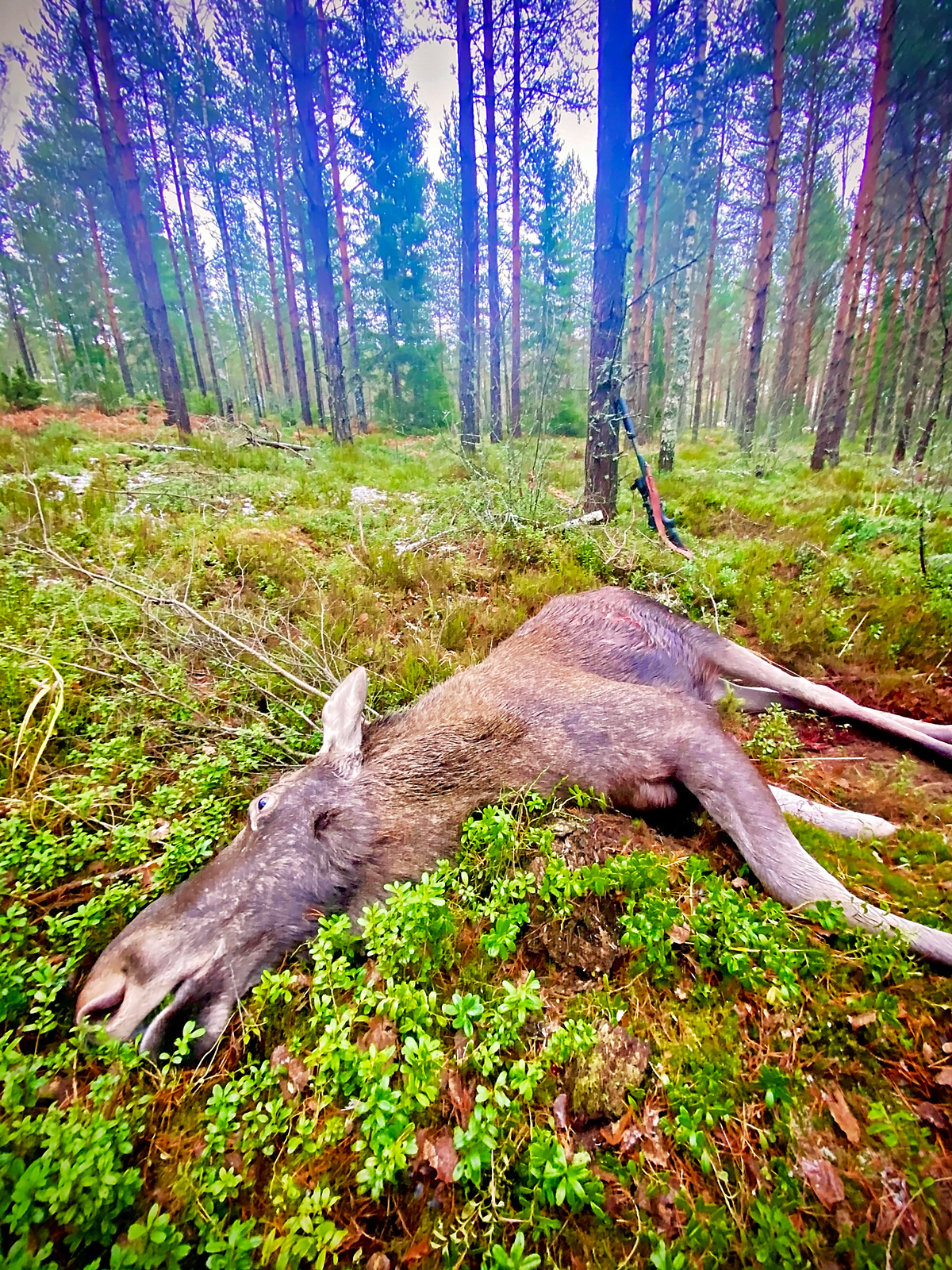 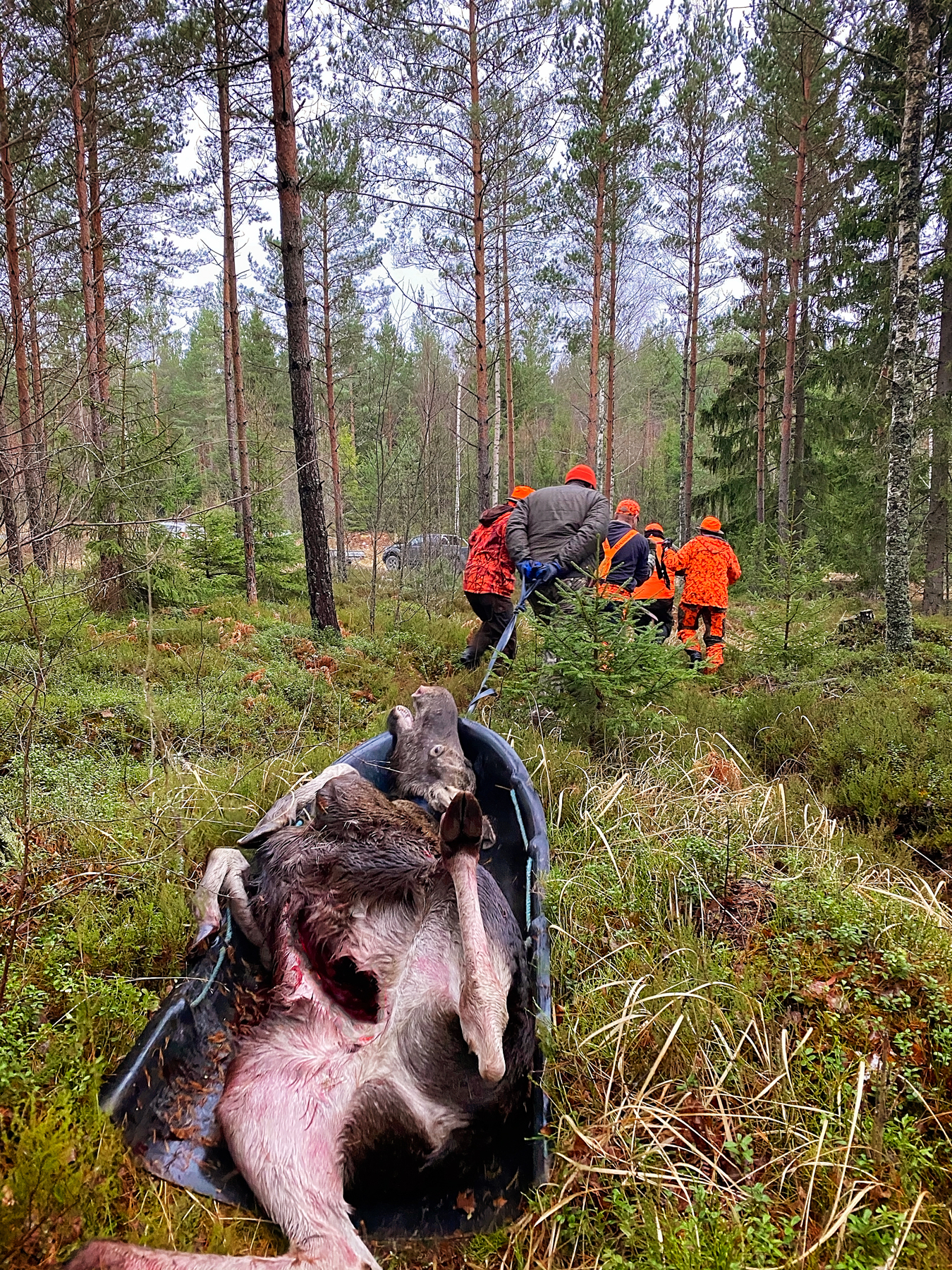 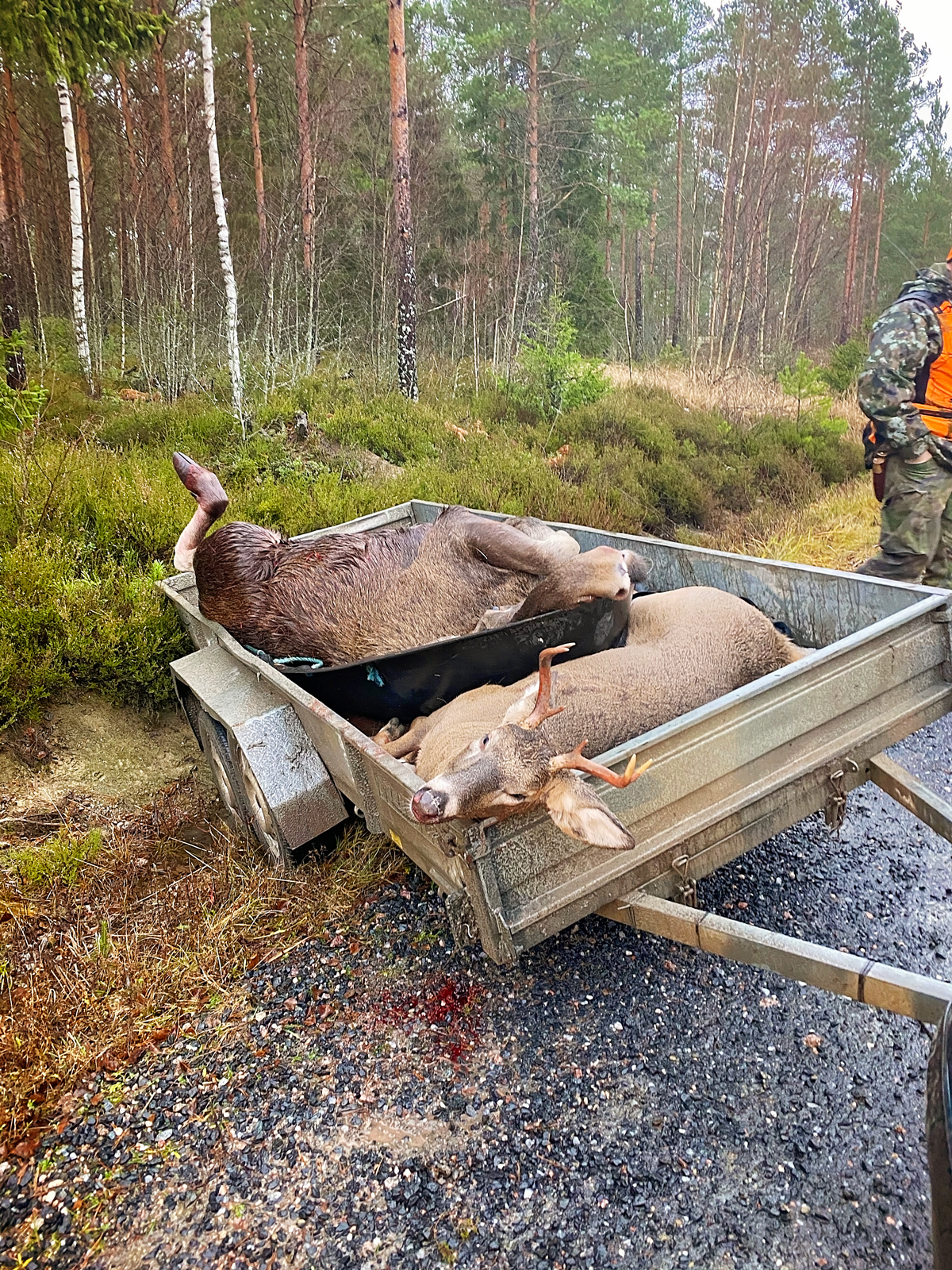 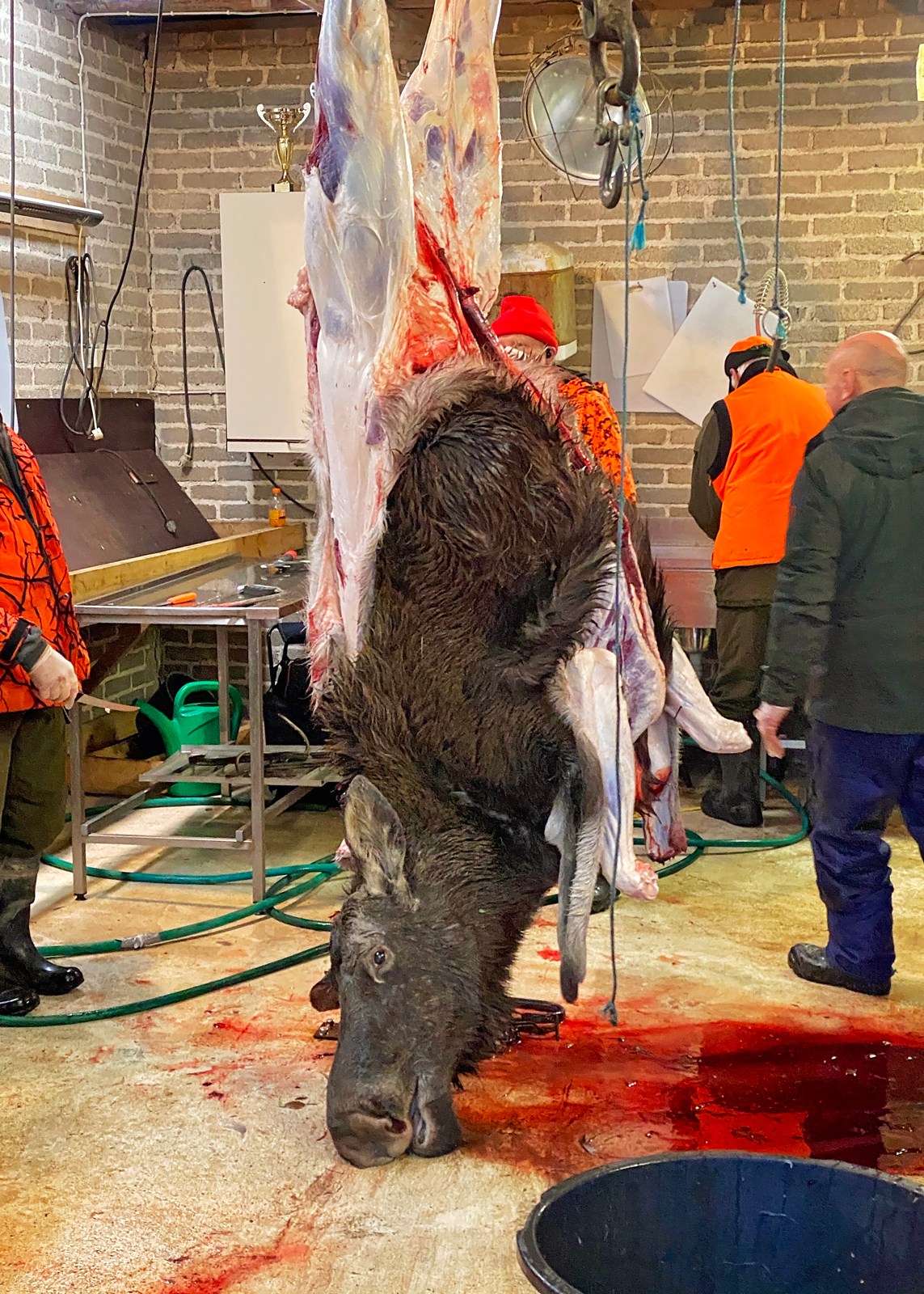 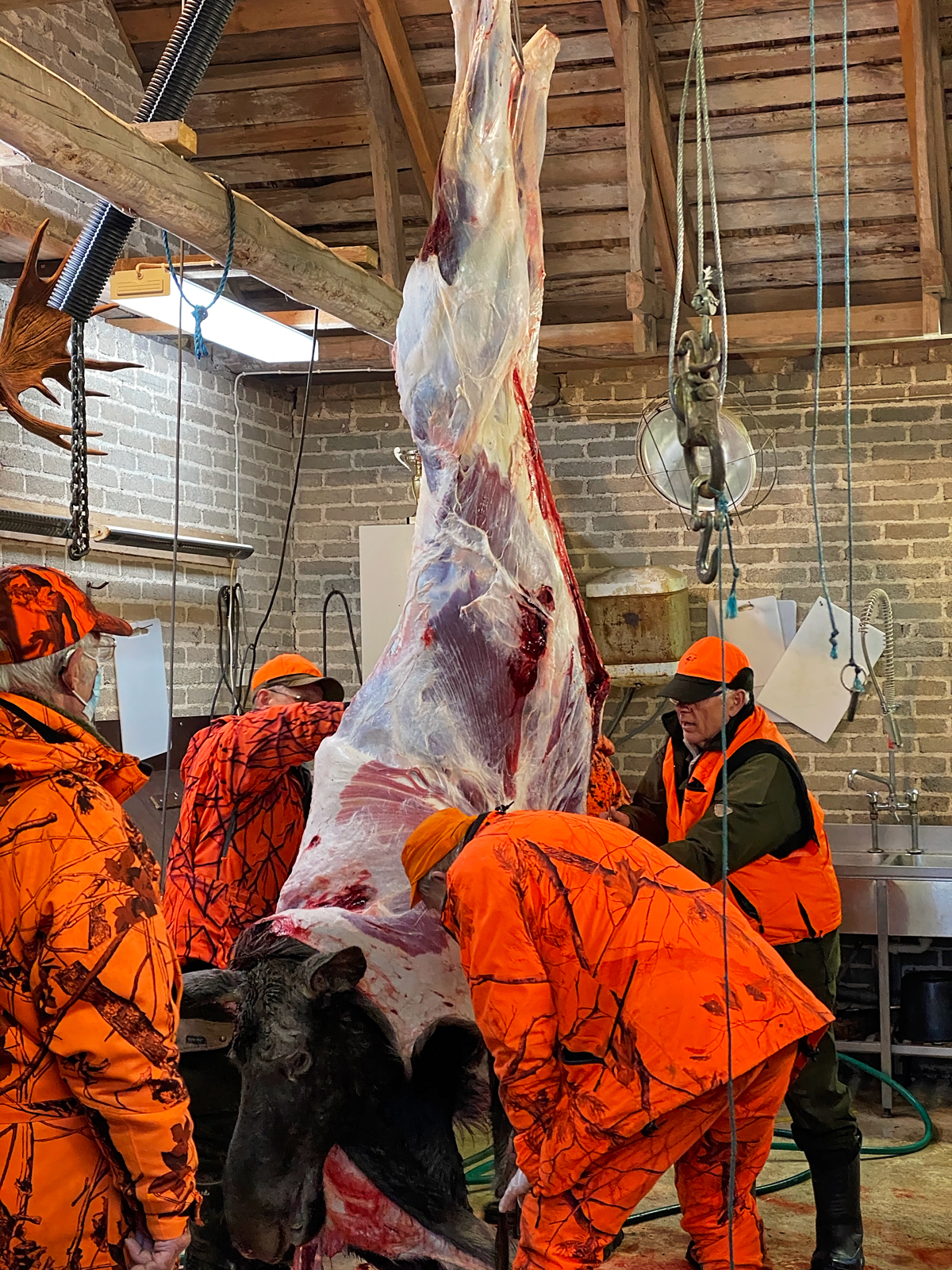 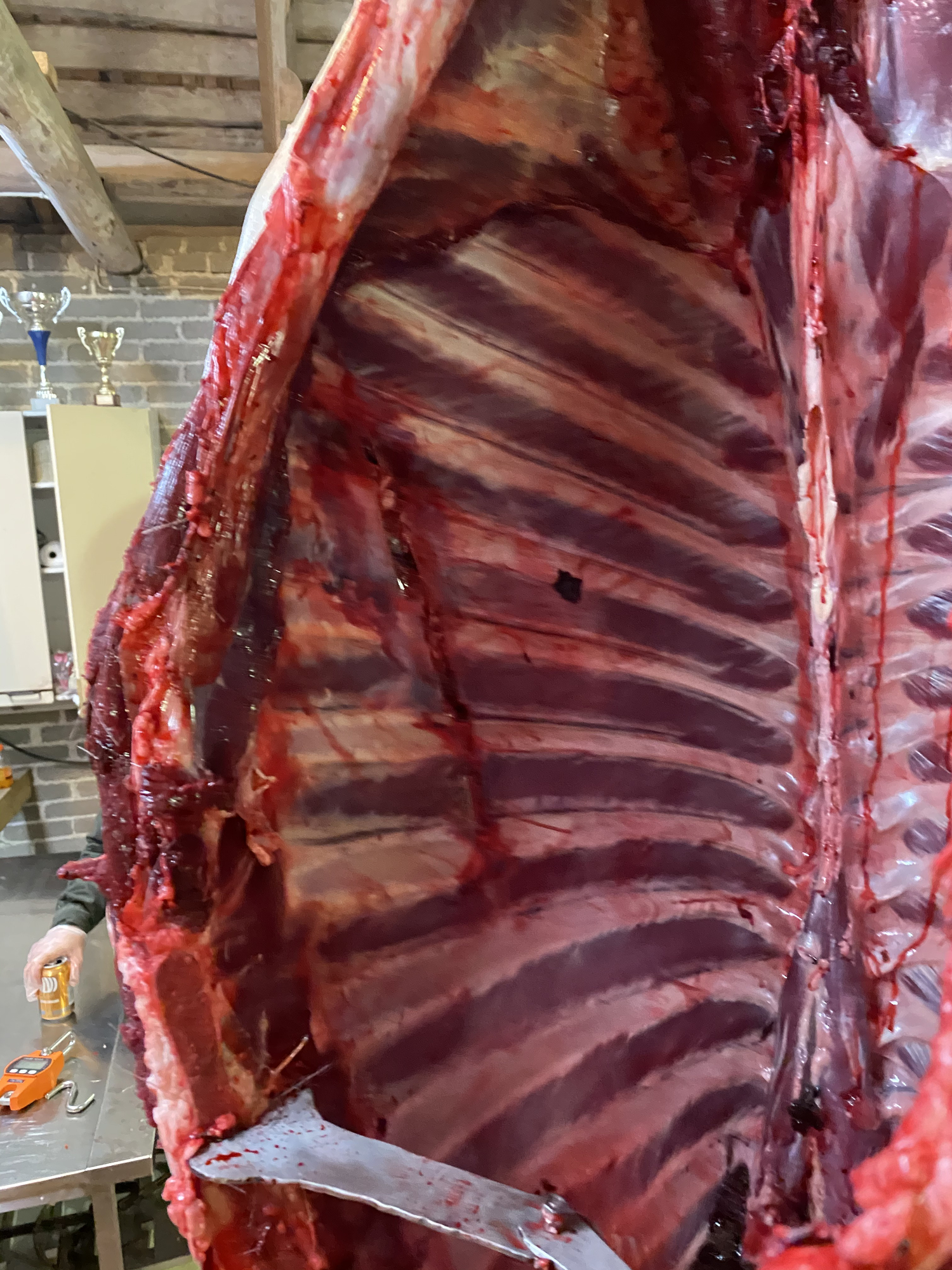