Some modification and a handy firearm results.

Zee Senior MemberPosts: 28,060 Senior Member
March 2021 in General Firearms #1
Had a 12.5” Daniel Defense barreled upper with a V-Tac Forend. Problem was, the Forend was just slightly too long to use a Surefire Brake and Suppressor. 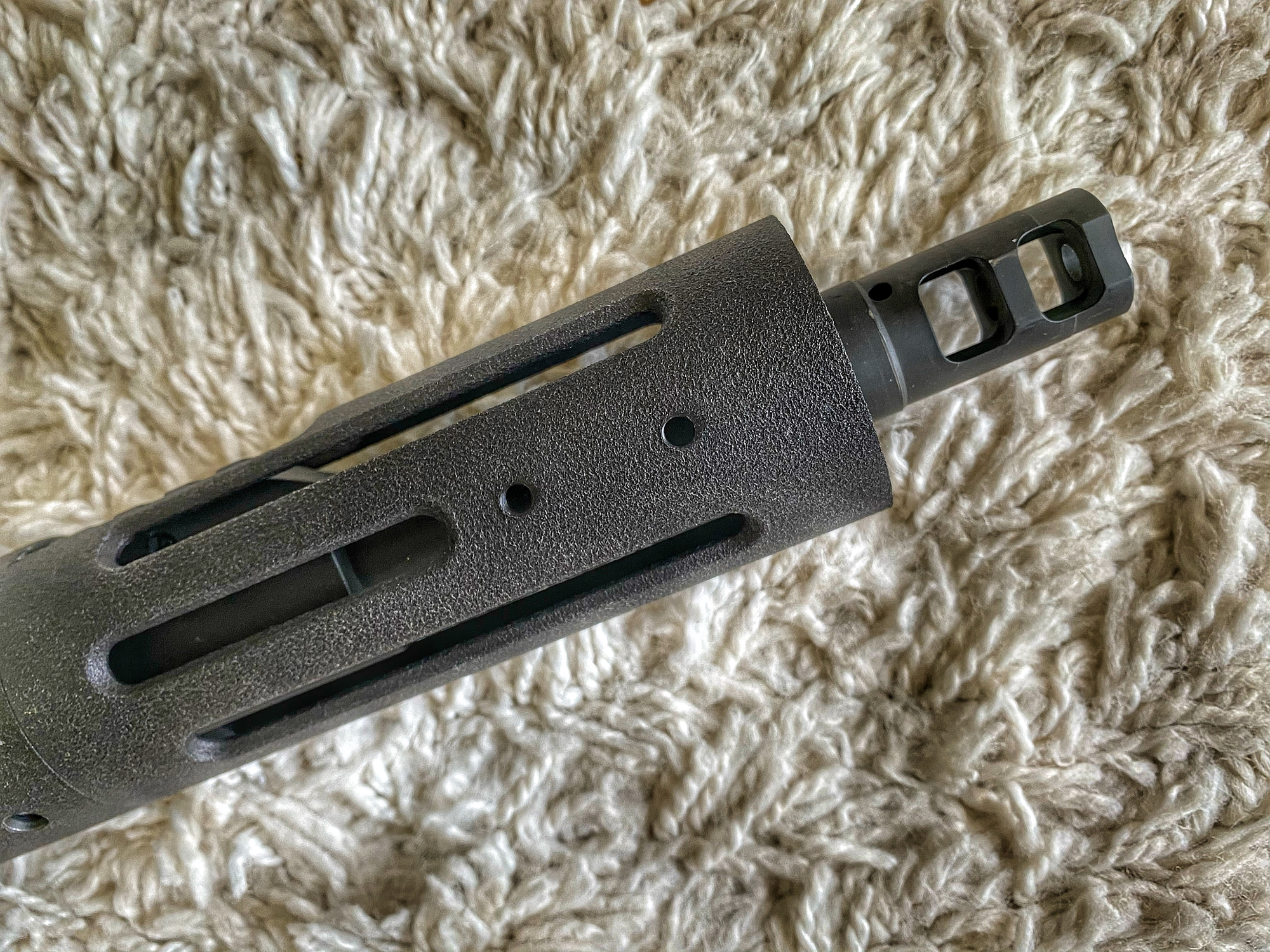 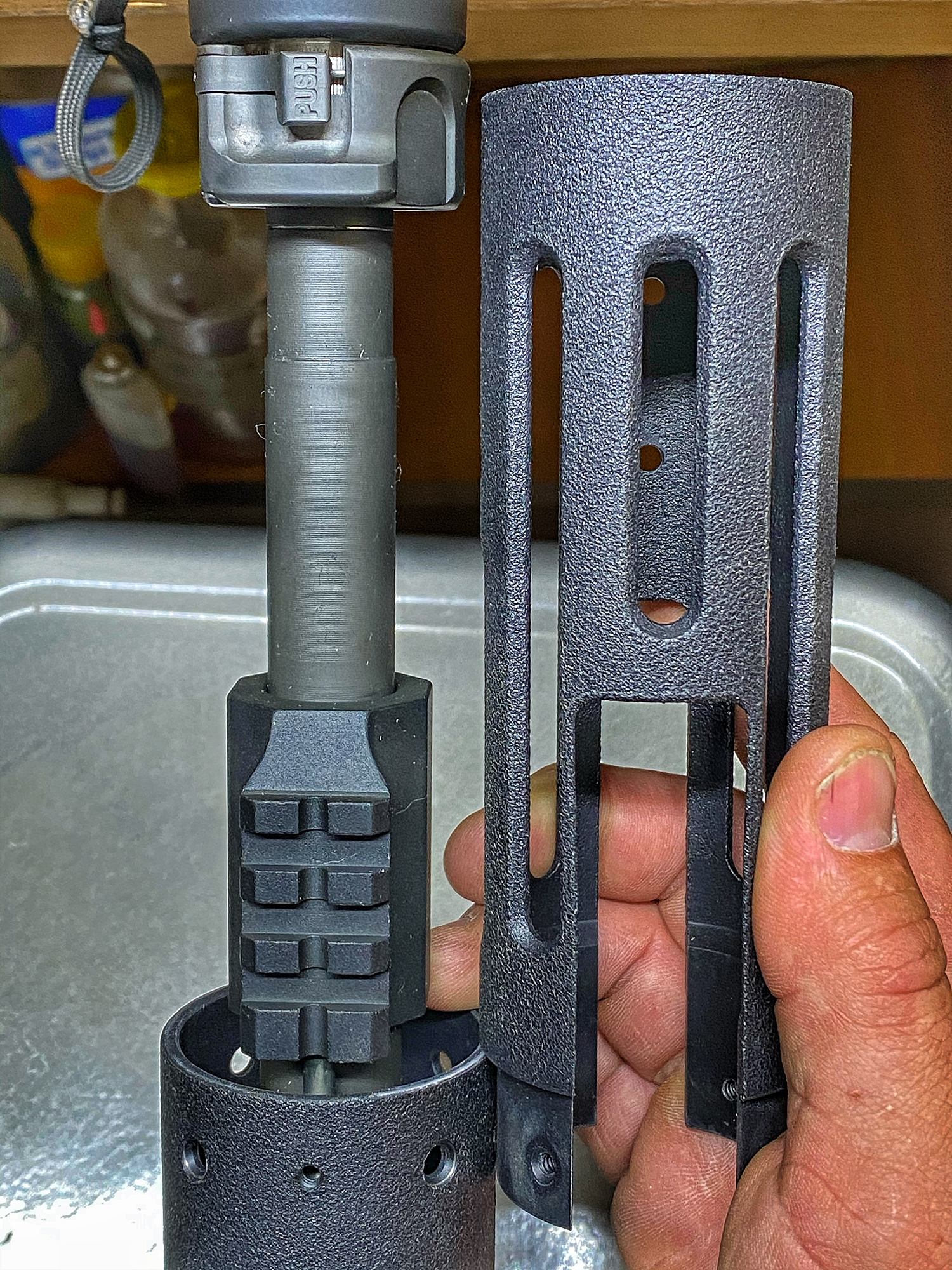 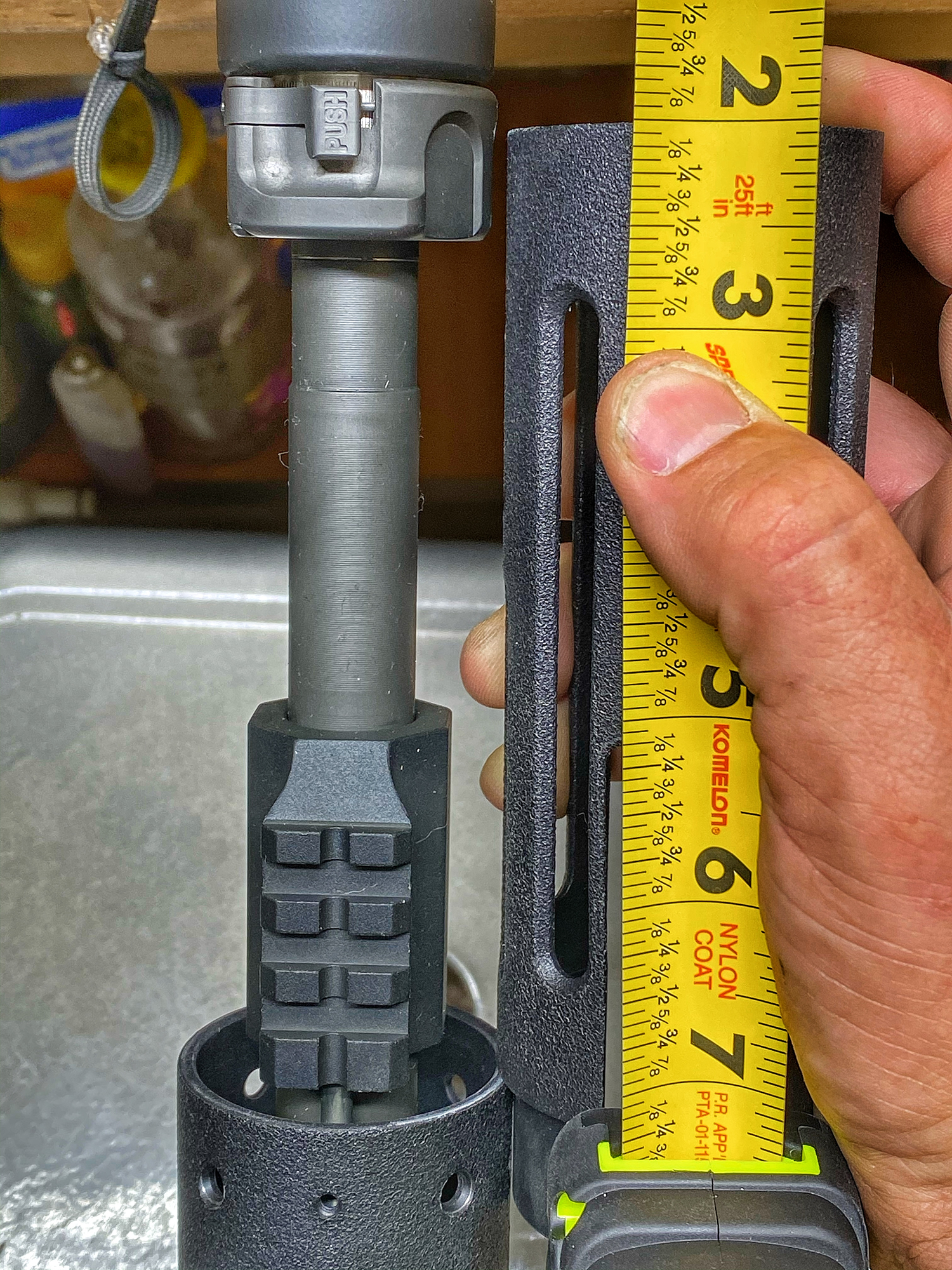 So, I asked my Mentor if he could machine off about 3/4” from the front of the Forend to allow the suppressor to attach. Asked and received.

Got it sighted in at 50yrds with the suppressor and 50gr Winchester Ballistic Silvertip. 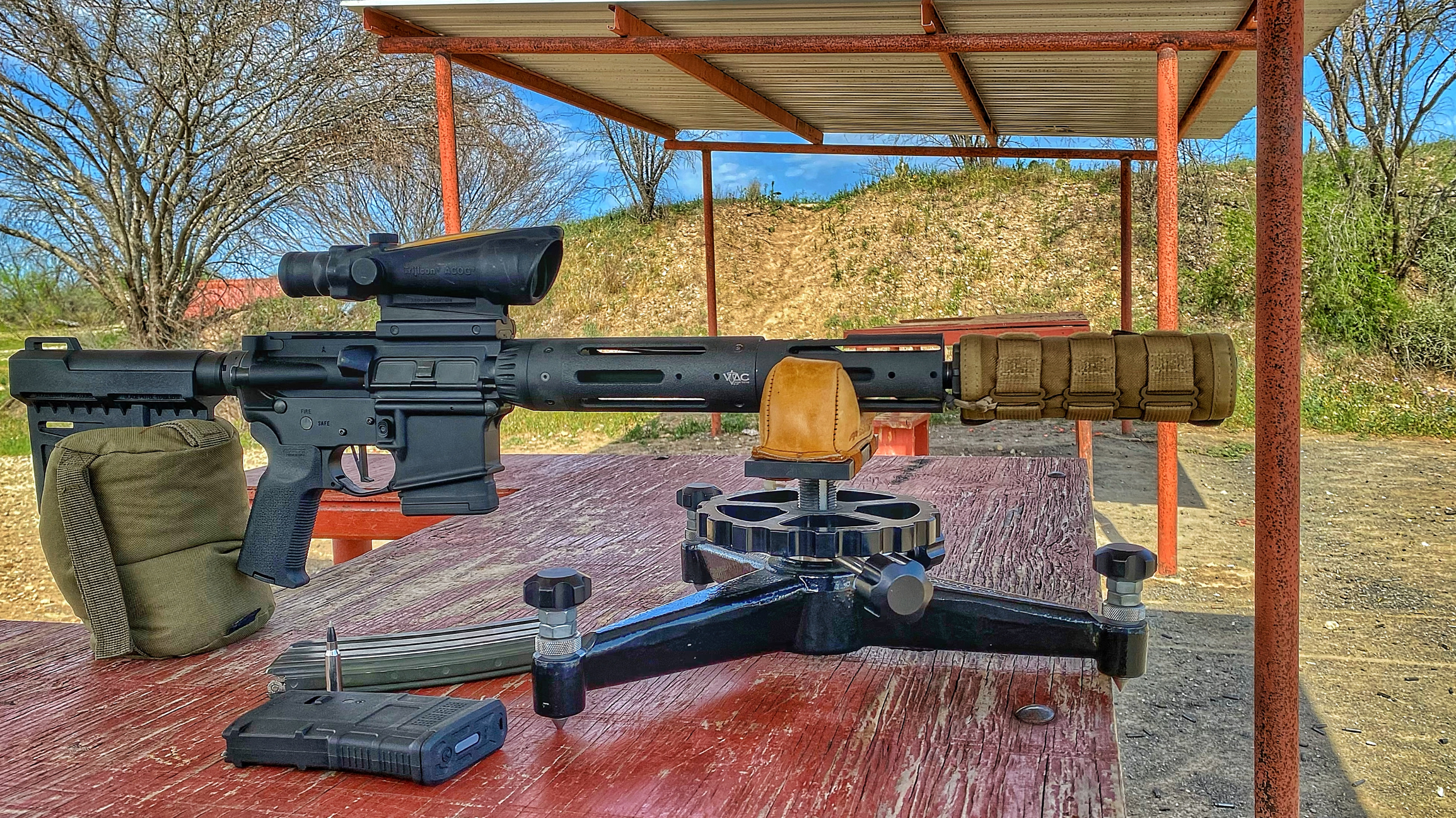 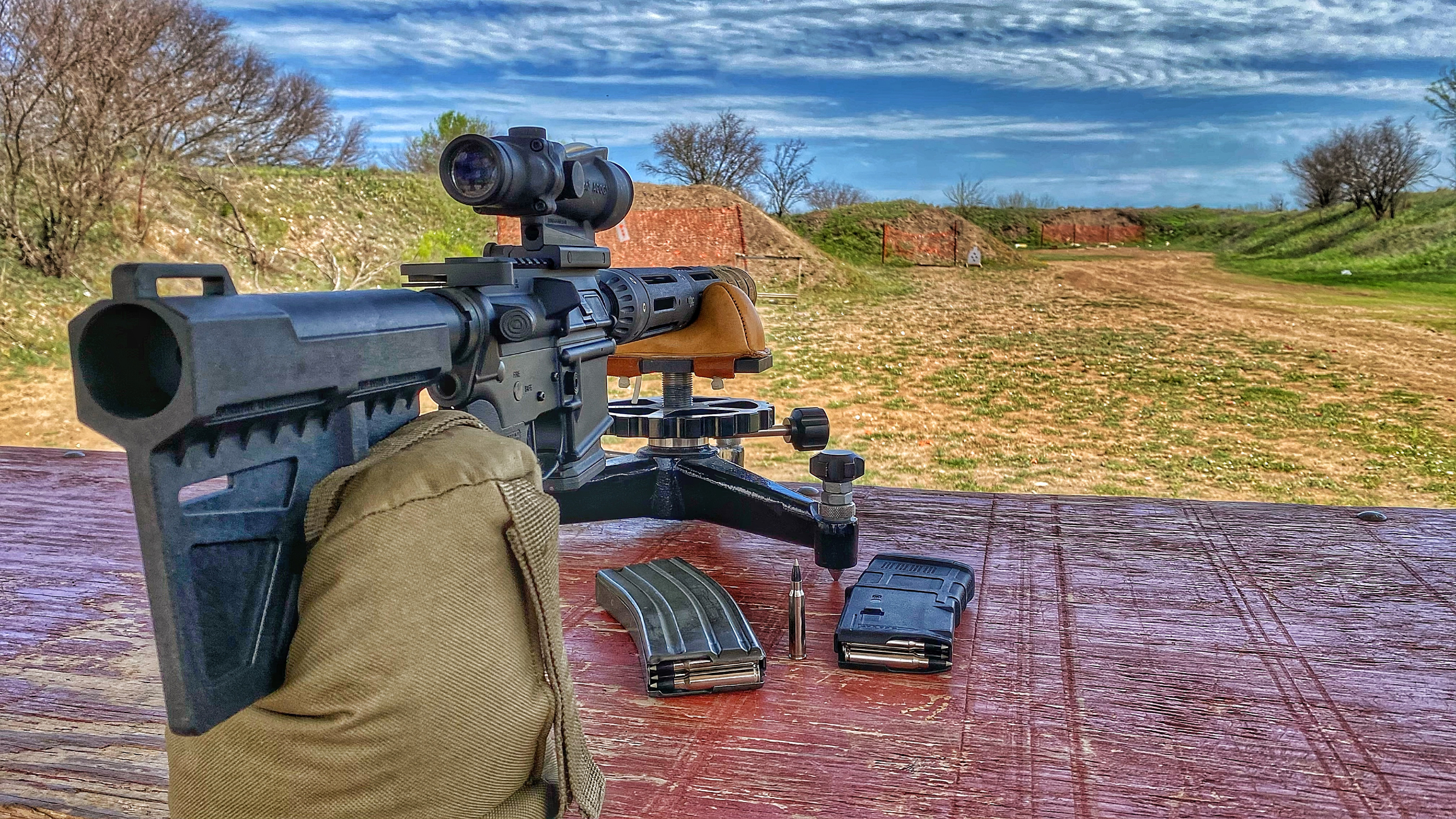 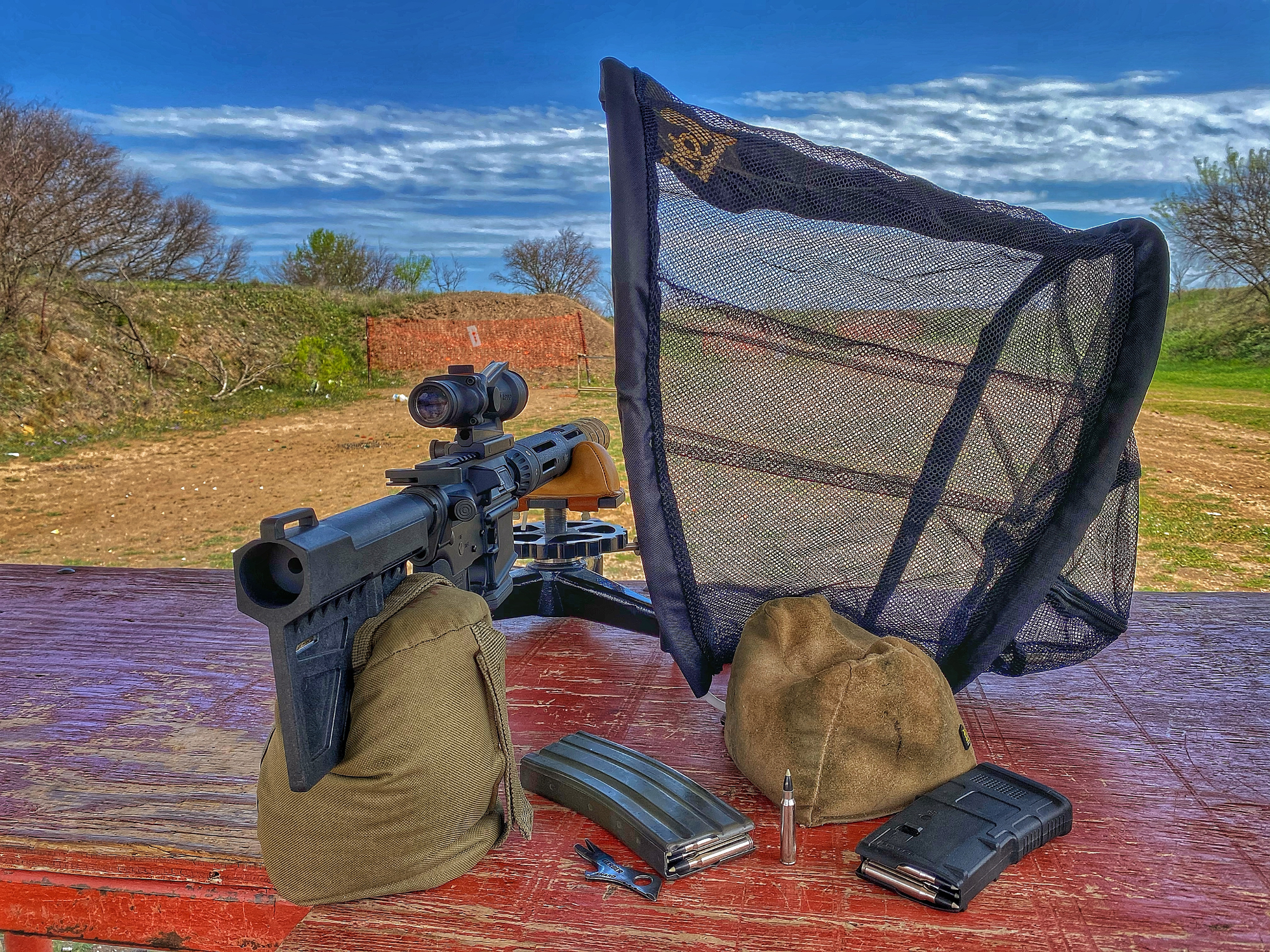 If you shoot a lot of gas guns, that Caldwell Brass Catcher is quite handy to save your brass!
Fired the first 3 rounds (yellow) and adjusted left for the next 3 rounds (red). 6 rounds and done! 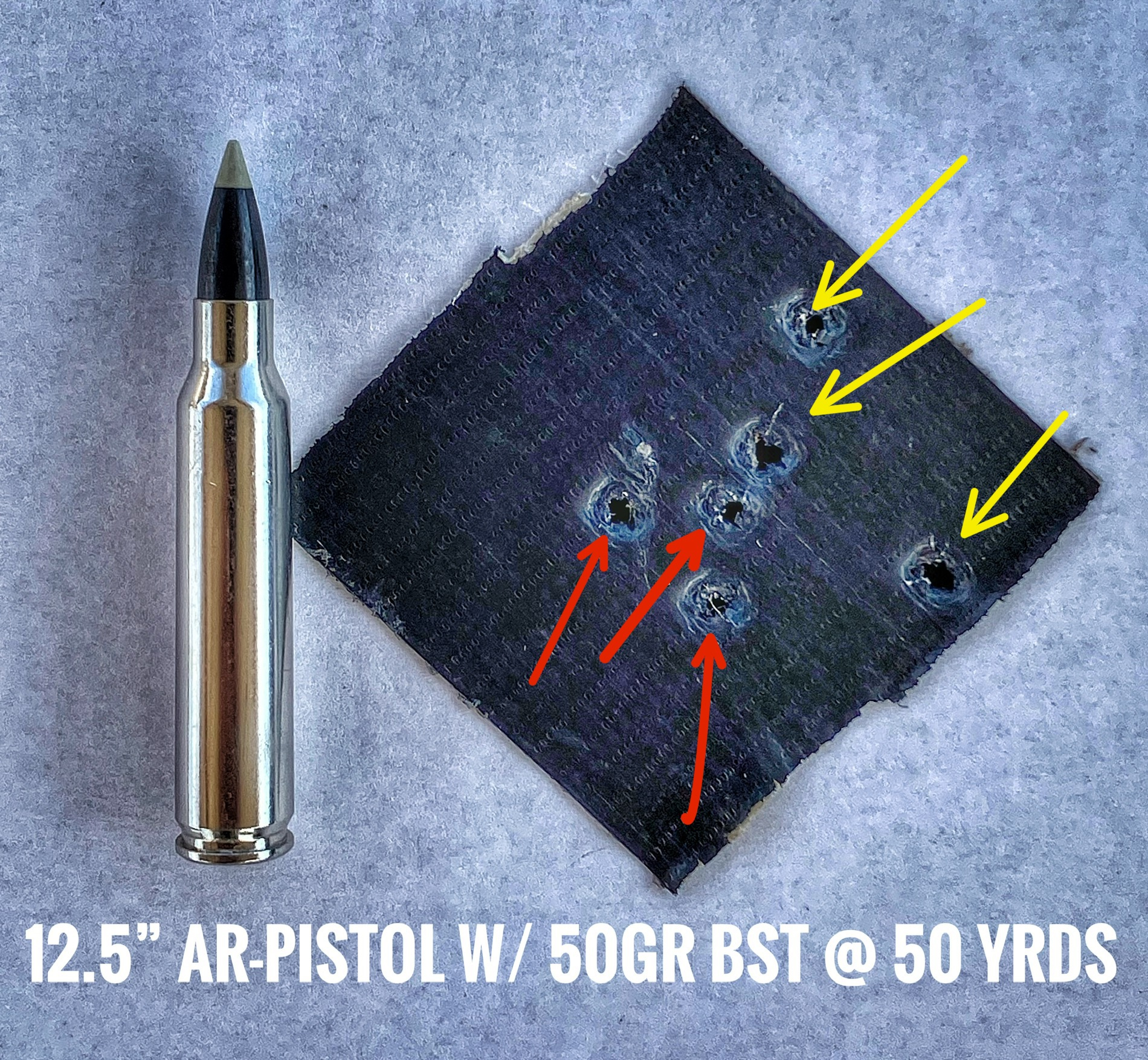 Decided to check the 64gr Speer Gold Dot ammo for POI as a secondary option. 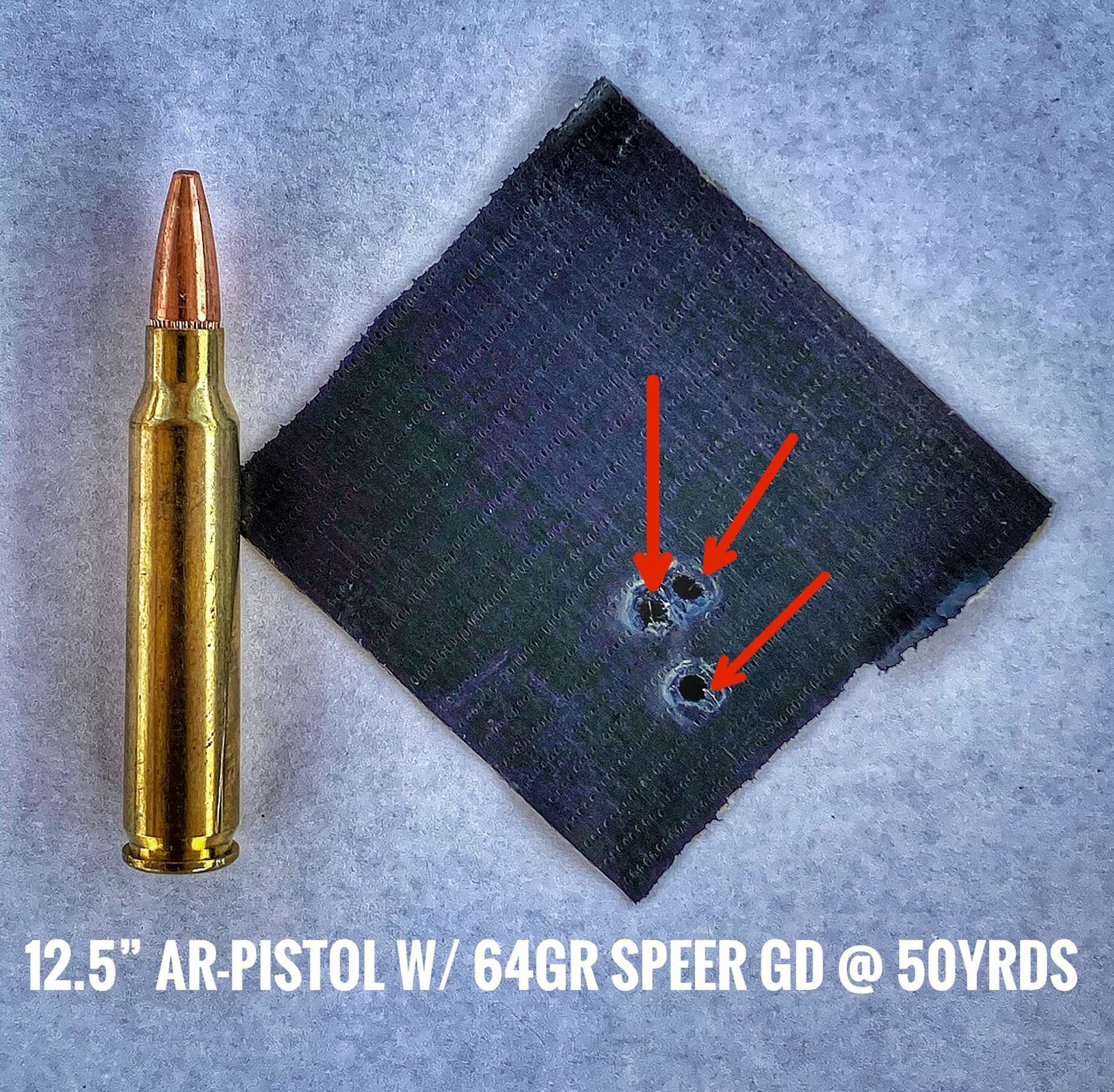 A viable round with a similar POI. Good to have options.
Finished off on the 300 yard steel with the 64gr ammo. The BDC reticle of the Trijicon TA-11F was spot on!!  Win! 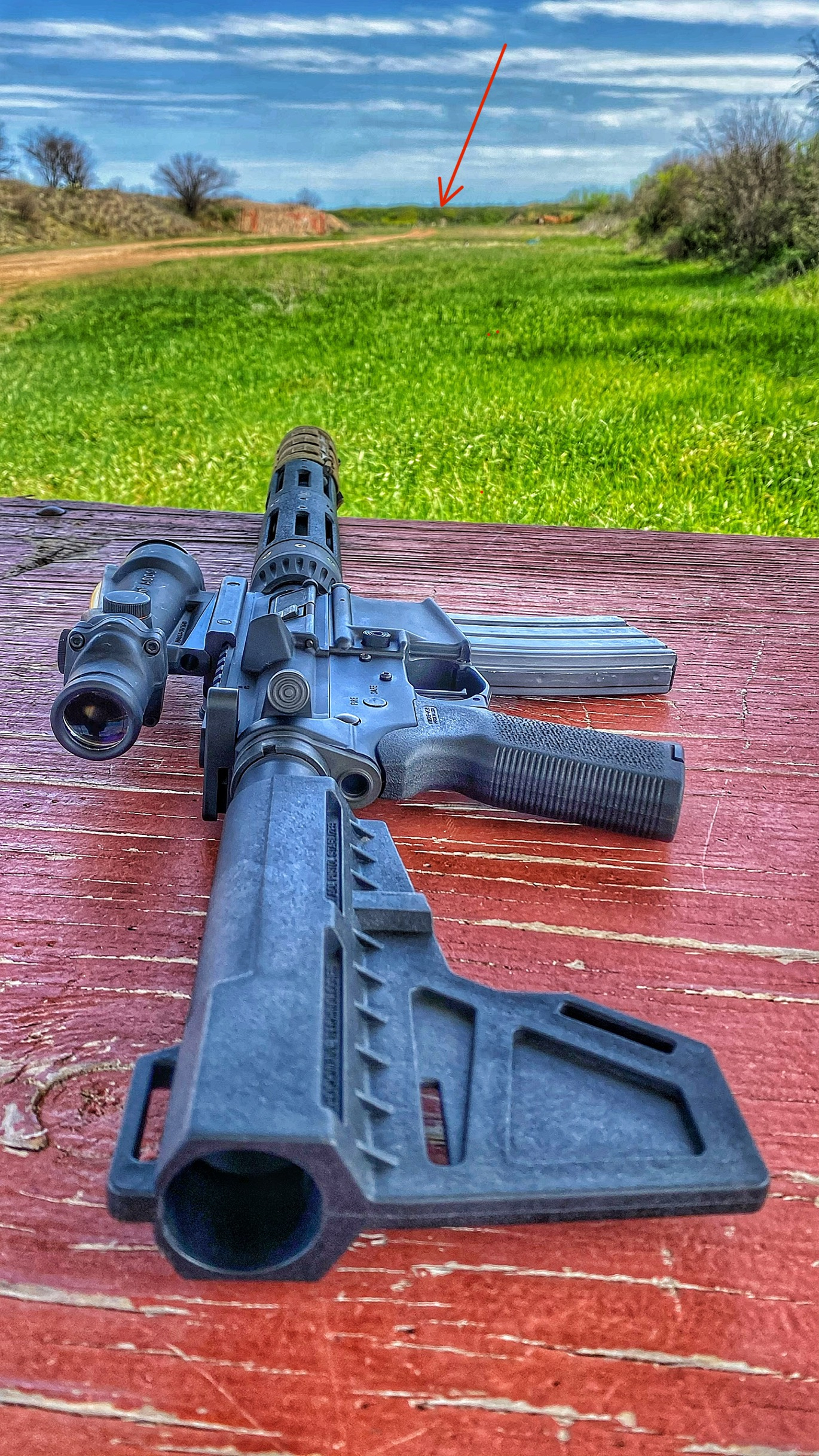 So, I know have another defensive option for home and travel that won’t blow out the ears. 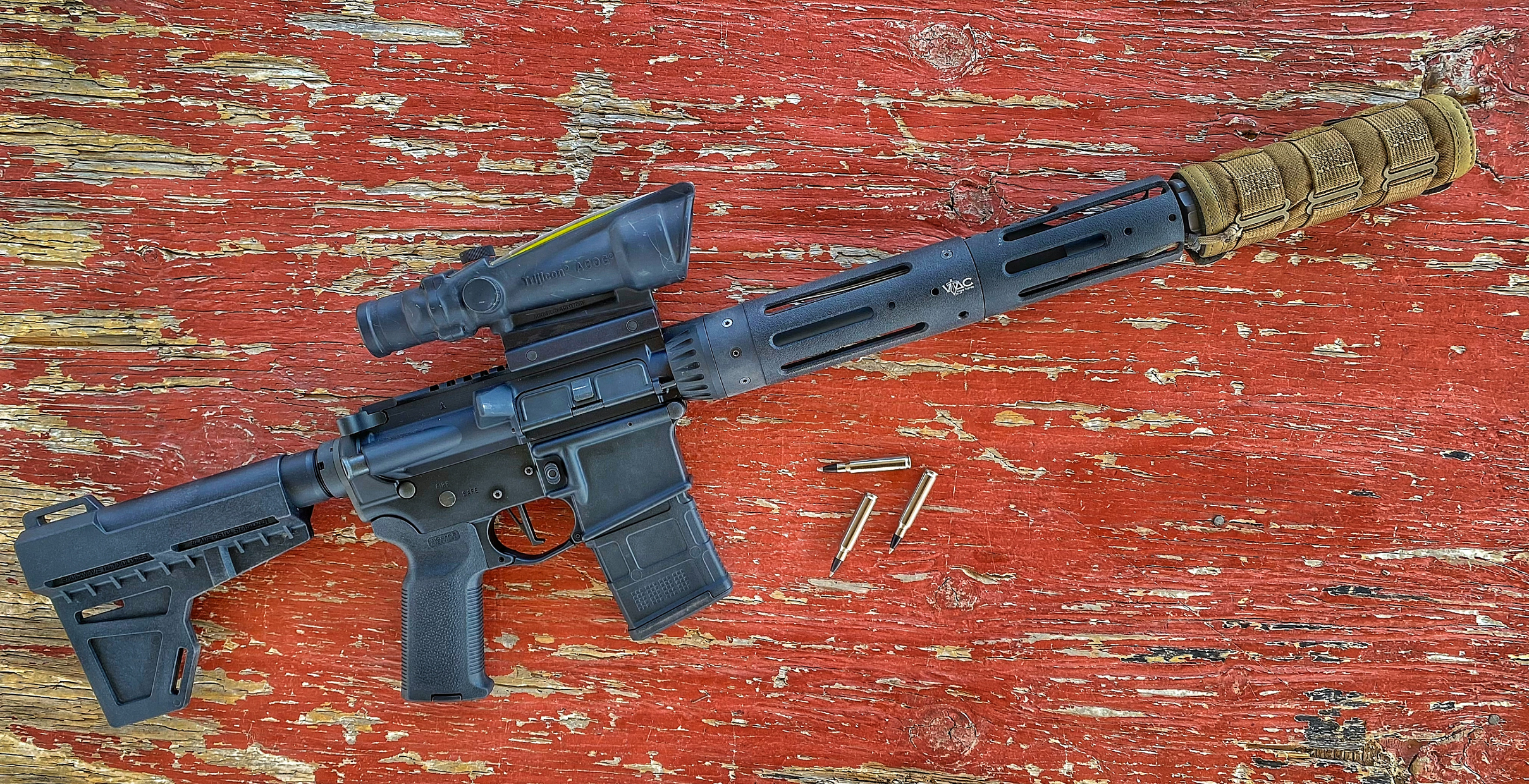 With the suppressor attached to the 12.5” barrel the OAL barrel length is only 18.5”. Not bad for having a suppressor as well.
"To Hell with efficiency, it's performance we want!" - Elmer Keith
6 · Share on TwitterShare on Facebook