Zee Senior MemberPosts: 24,919 Senior Member
April 19 edited April 19 in General Firearms #1
This could go in Gen Firearms, Personal Defense, or Clubhouse. Mods, move as you see fit.
Not going into a lot of details. Back in August my best friend had back surgery. A week later, he got bacterial meningitis from the surgery location that put him in a coma for 2 months. He woke up paralyzed from the waist down at age 74. The resulting atrophy from the upper body enhanced by continued back pain diminished his upper body function.
I’ve become a full time rancher to take care of his place on top of my new house and property I’m working.......and my real job. I’ve been busy.
He’s a retired game warden, lifelong rancher, and long range shooter. So, guns are a passion of his.
We’ve been working on shooting .22lr rifles and he’s even fired a .223 Rem once. The rifles have potential as he gets stronger and is able to sit up more. Eye relief being an issue otherwise. But, we’ve modified and are working on ways to get back to shooting his Accuracy International AX in .308 Winchester eventually.
Self defense being a concern, we’ve been working with several different handguns that he has but with atrophy and all, he can’t pull the trigger of any of his pistols or revolvers.
Today, I brought over a G43 and a G44 for him to try. He was unable to dryfire the G43, even with two fingers. But, he was able to dry fore the G44 in .22lr from the waist with two fingers!  So, we had something to work with!!
He drove his chair down to the barn yesterday without pain. We sat under the oak tree like old times and had a drink. 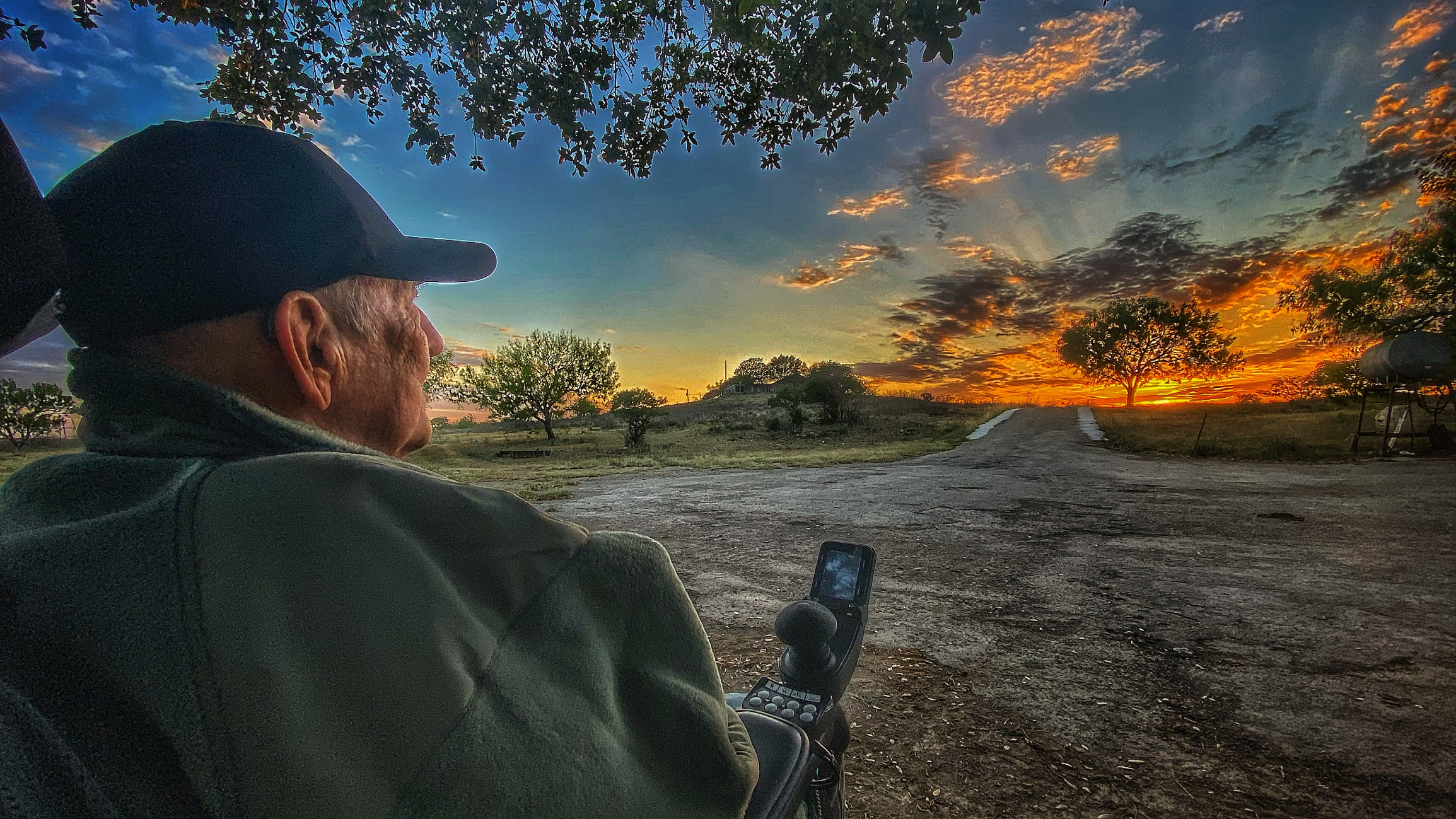 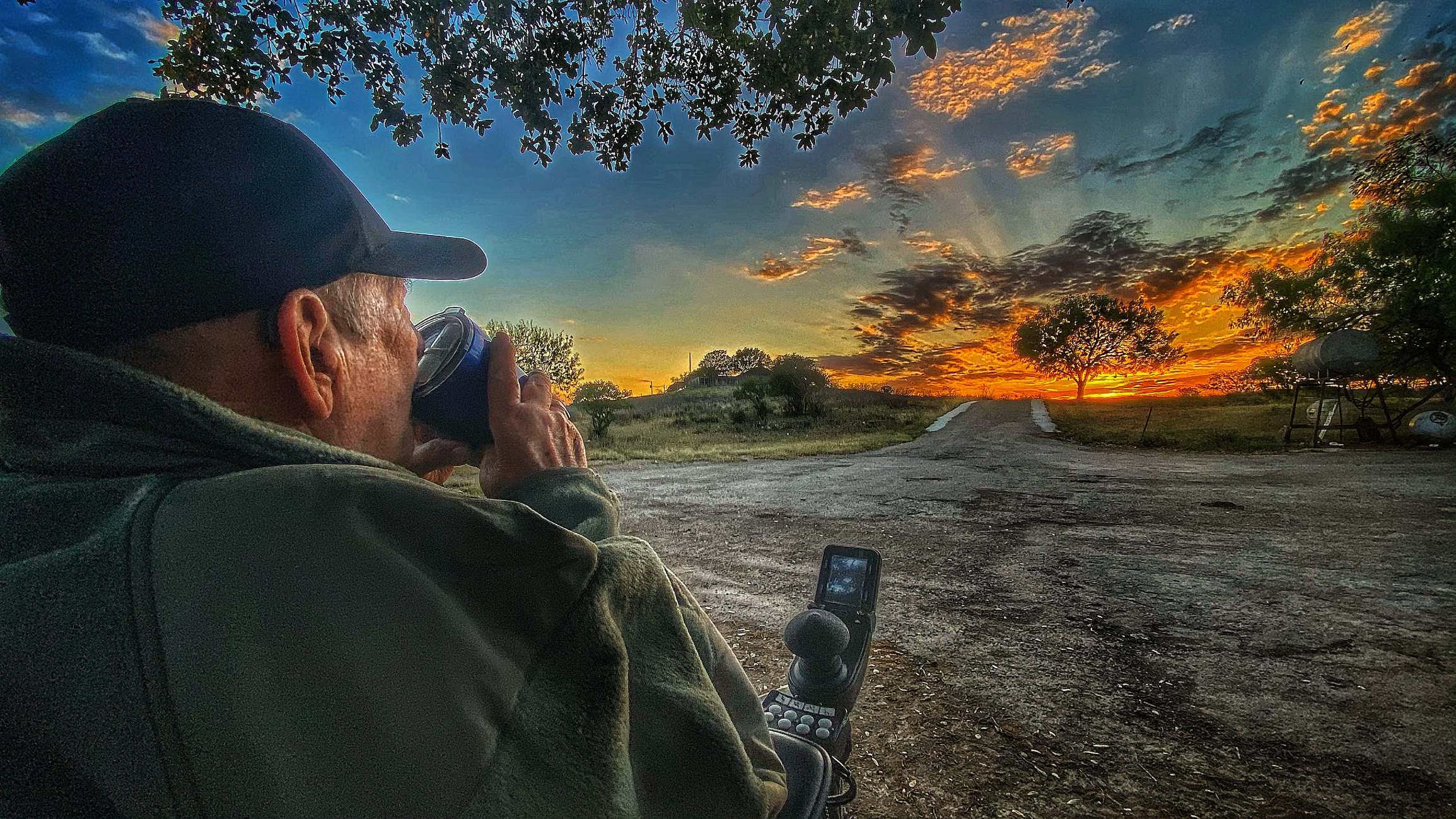 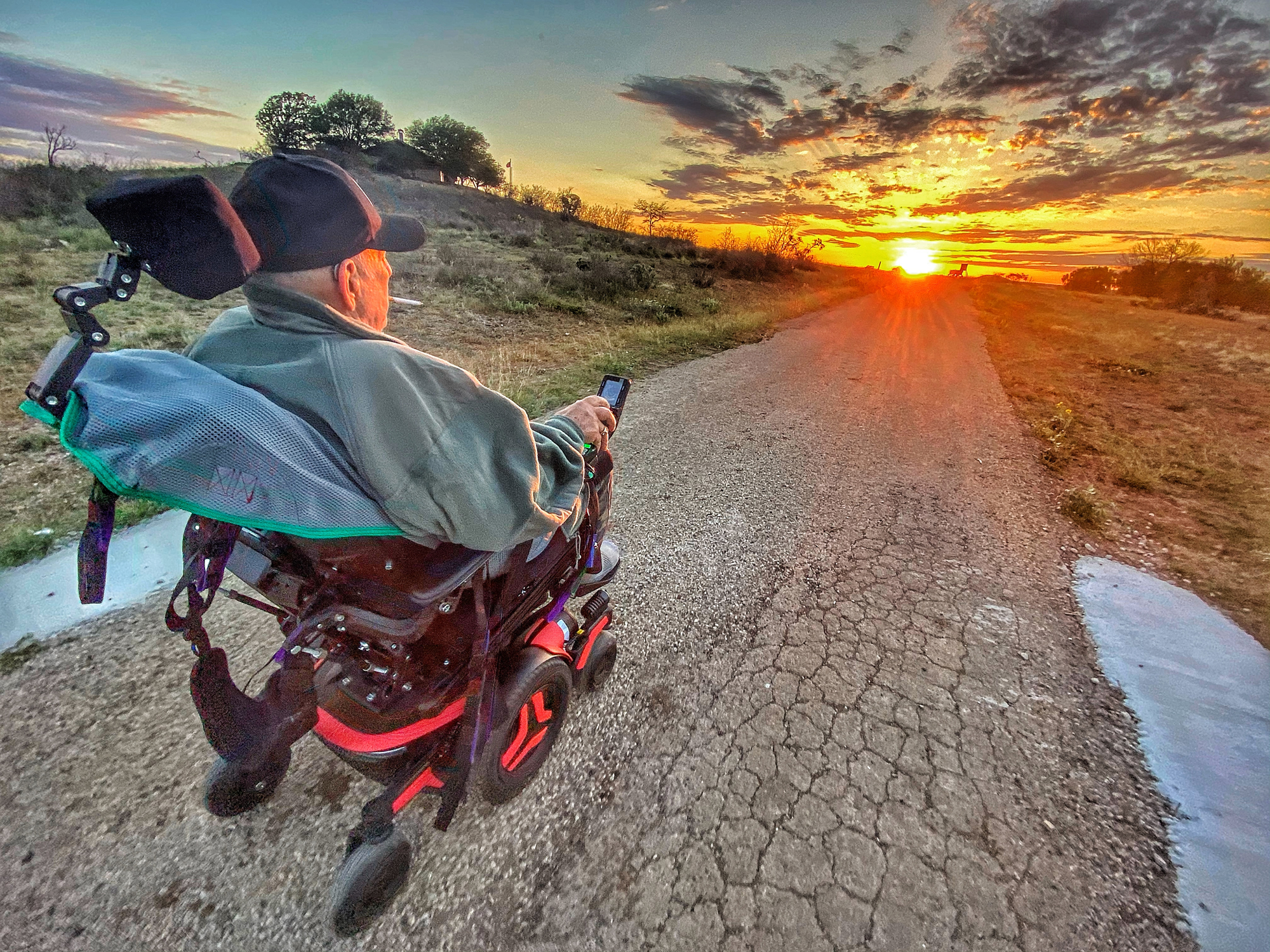 First time he’s been able to make that trip from the house to the barn without pain. So, we planned to return today and try shooting some handguns!
I set up at target at 3 yards with the berm behind it and he said, “No!  I want at least something close to room distance.”  So, we started at 5 yards.
Not being able to lift the gun much above waist level, it had him dry fire with both hands and two fingers from a “bent elbow” position.
Ironic that we just had the instinctive shooting thread!!  Because that’s exactly what he had to do.
Dry firing a few times, I helped him with his windage adjustment so that he was at least centered left and right. Then, I loaded him up with 40gr SV rounds and let him have at it. 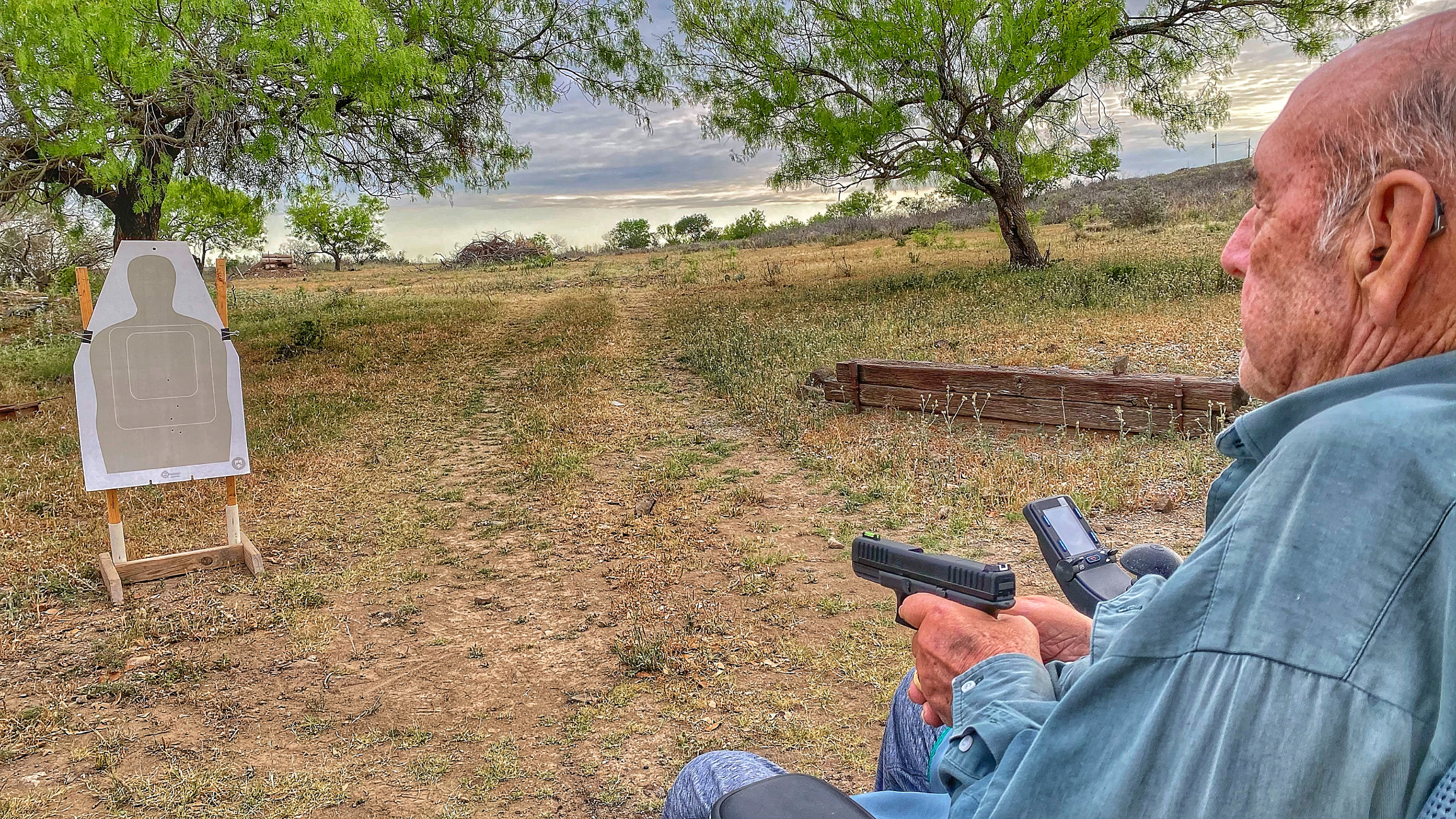 First couple rounds were belt line. He adapted and the next couple were gut level. Learning, the next three were center chest just above solar plexus!! 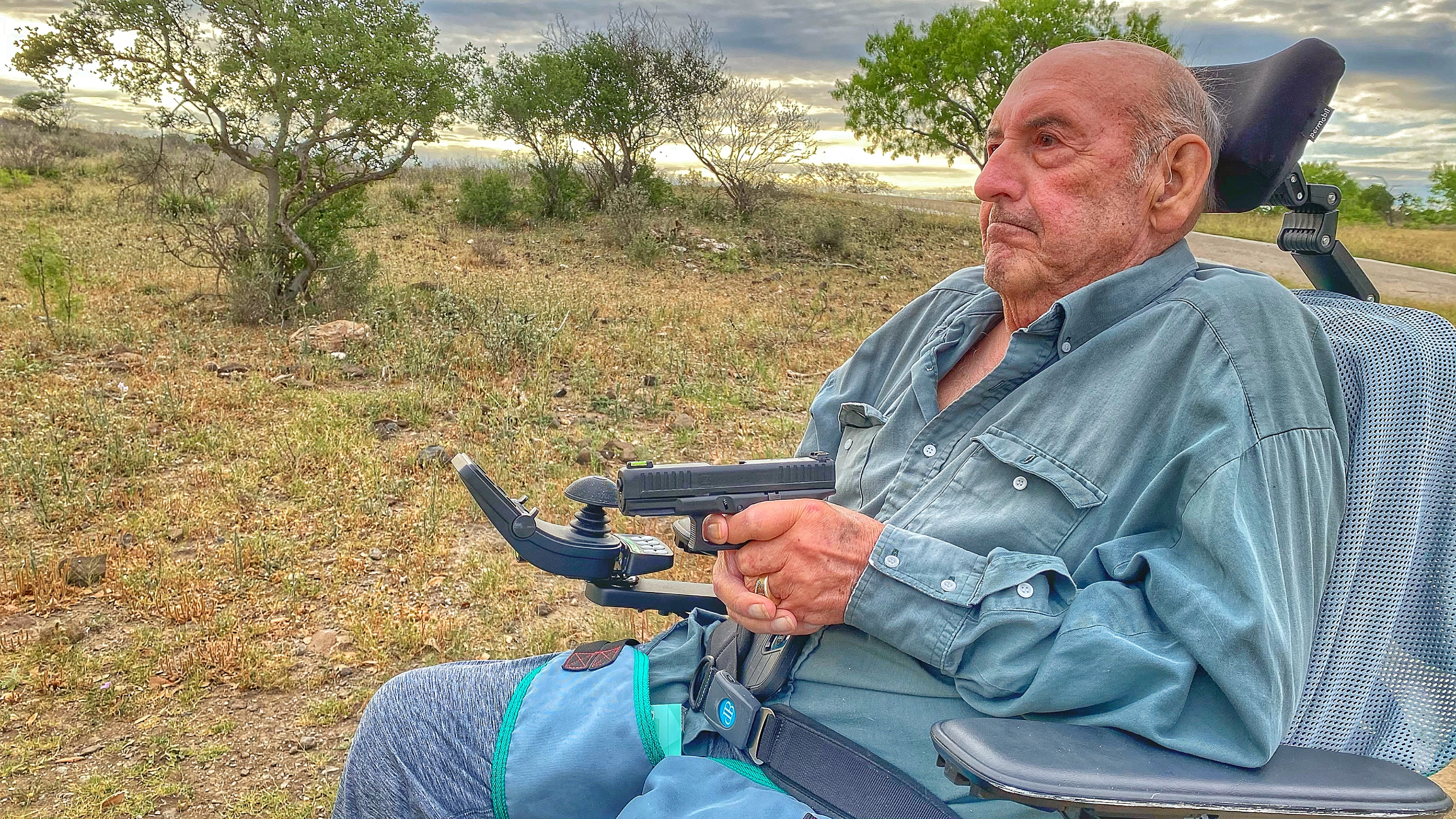 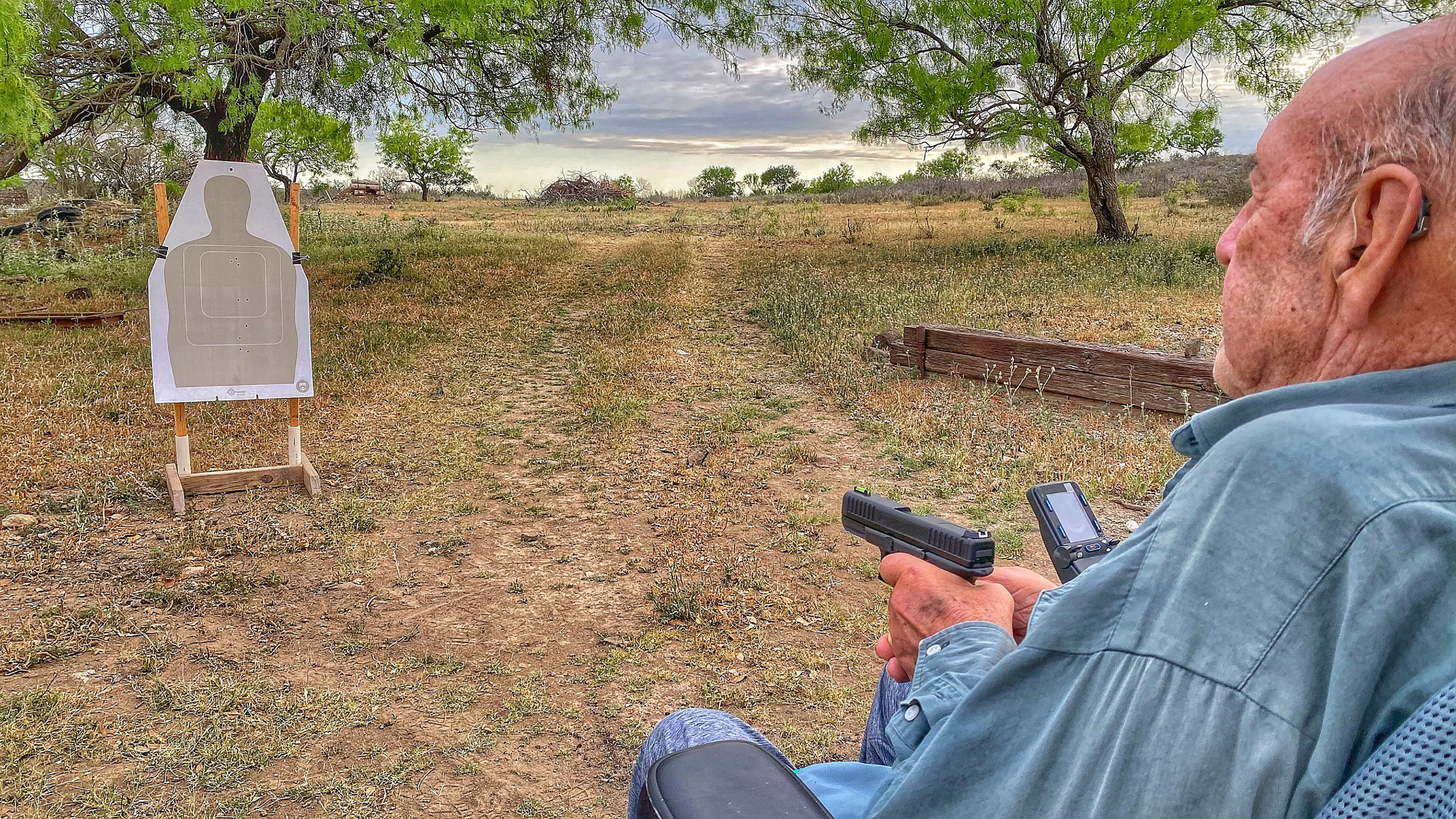 I cannot express my pride in a man that won’t quit. This is a guy that’s worked hard ranching and being a warden all his life. He’s taught me so much about hard work and ranching I can’t express. To be dealt the hand he has and not quit is an inspiration to me and mine. I will do anything I can for this man as he’s done so much for me and mine.
Baby steps!  It’s a .22lr. But, I wouldn’t stand in front of him with I’ll intent. The determination on his face trying to pull that trigger!!!  He won’t quit!!!
Its about training and practice, like we’ve discussed in the other thread. But, what started off low, ended up with “lethal hits” in less than 10 rounds and one range session!! 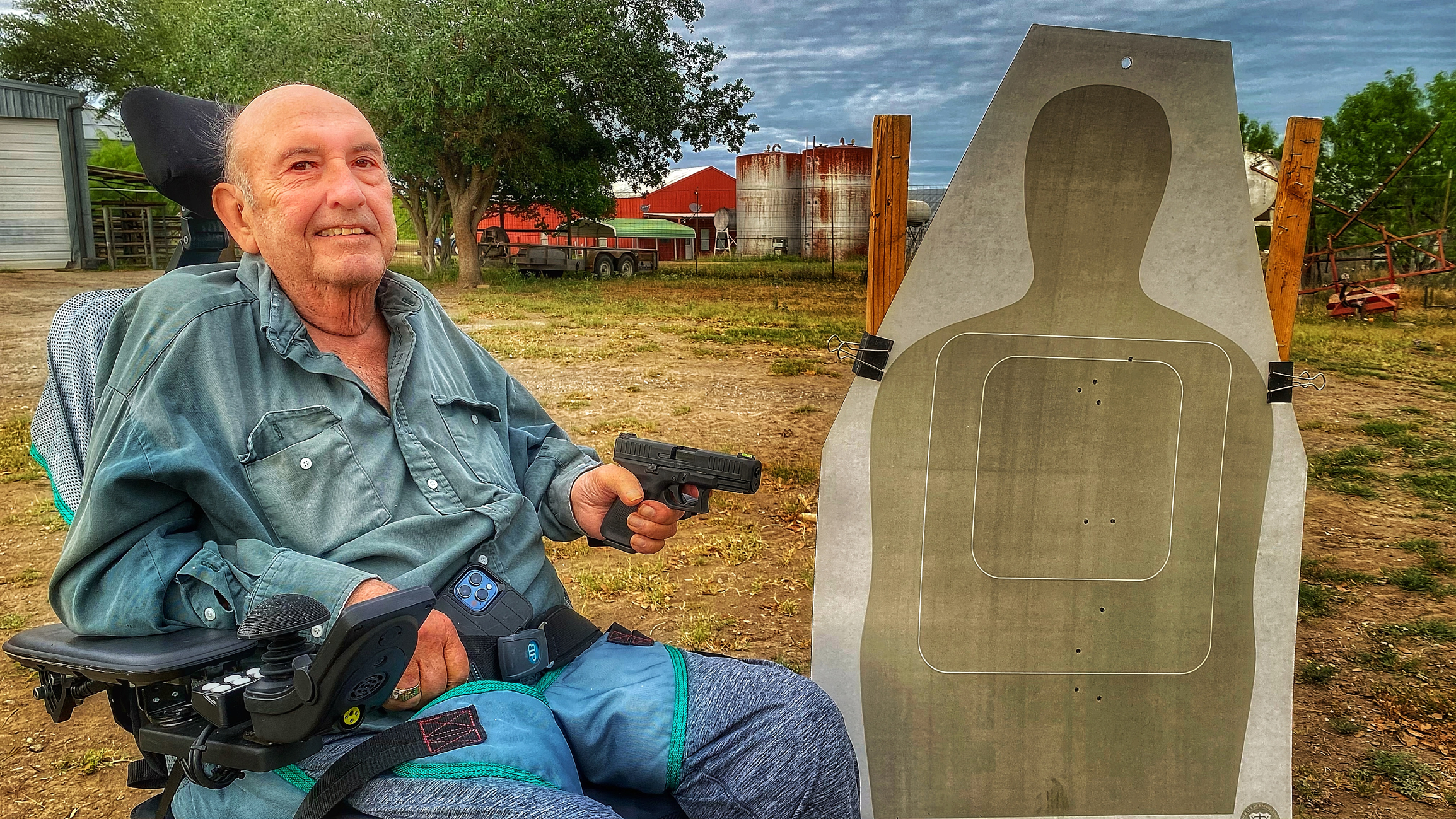 Yesterday, he followed me around in his chair while I did ranch chores. First time since August he’s been able to be a physical part of his ranch. Today, we are at the barn shooting handguns and gaining confidence in his ability to protect himself and his loved ones!!
Regardless the hand you’re dealt.........never quit!!  This man is both a friend and inspiration!  If you don’t learn from him.......I feel there is little hope for you.
Tomorrow, he is going to the LGS to try out a S&W Shield 2.0 EZ and see if he can pull the trigger. If so, a .380 ACP might be next for him!!! 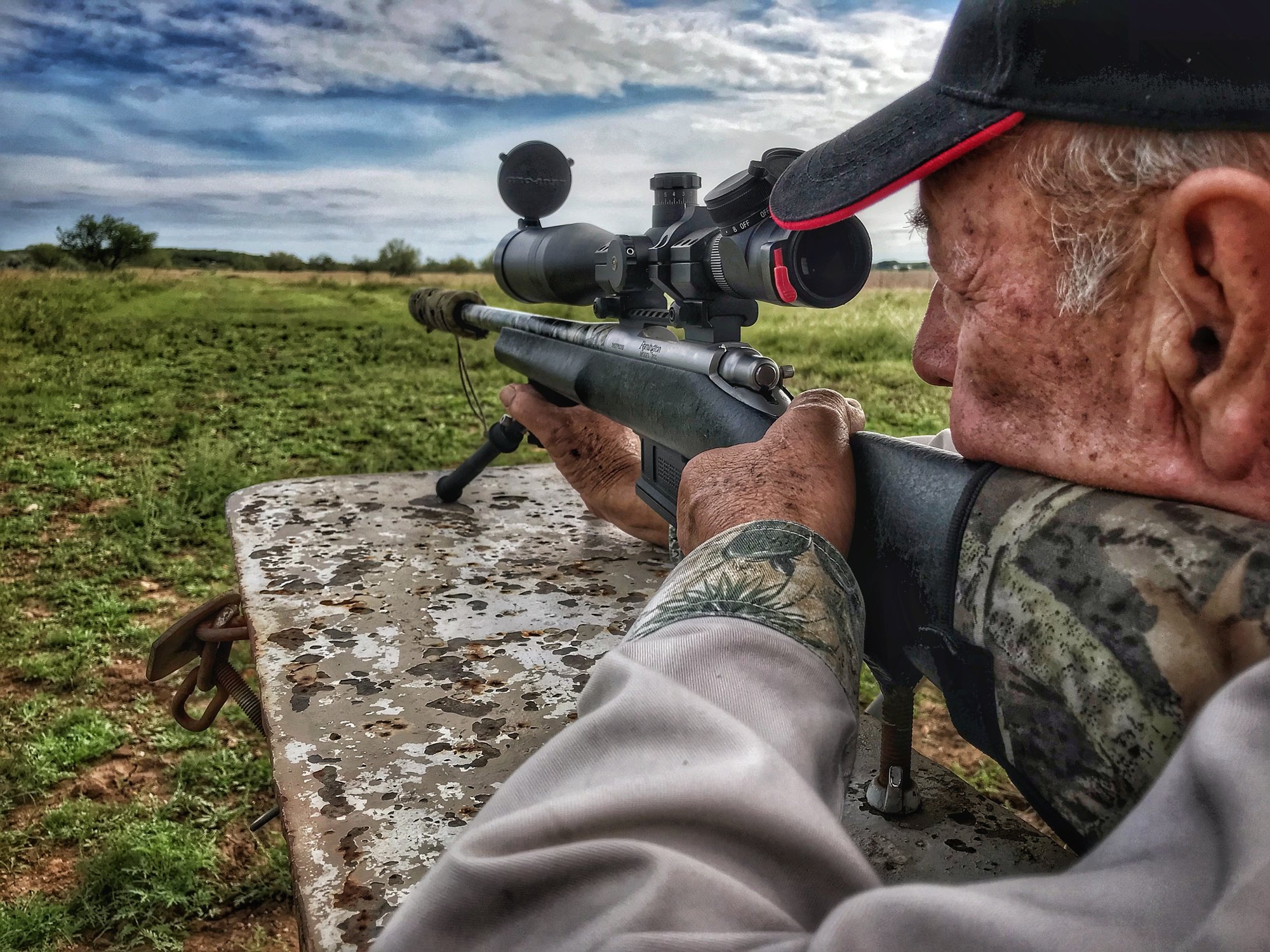 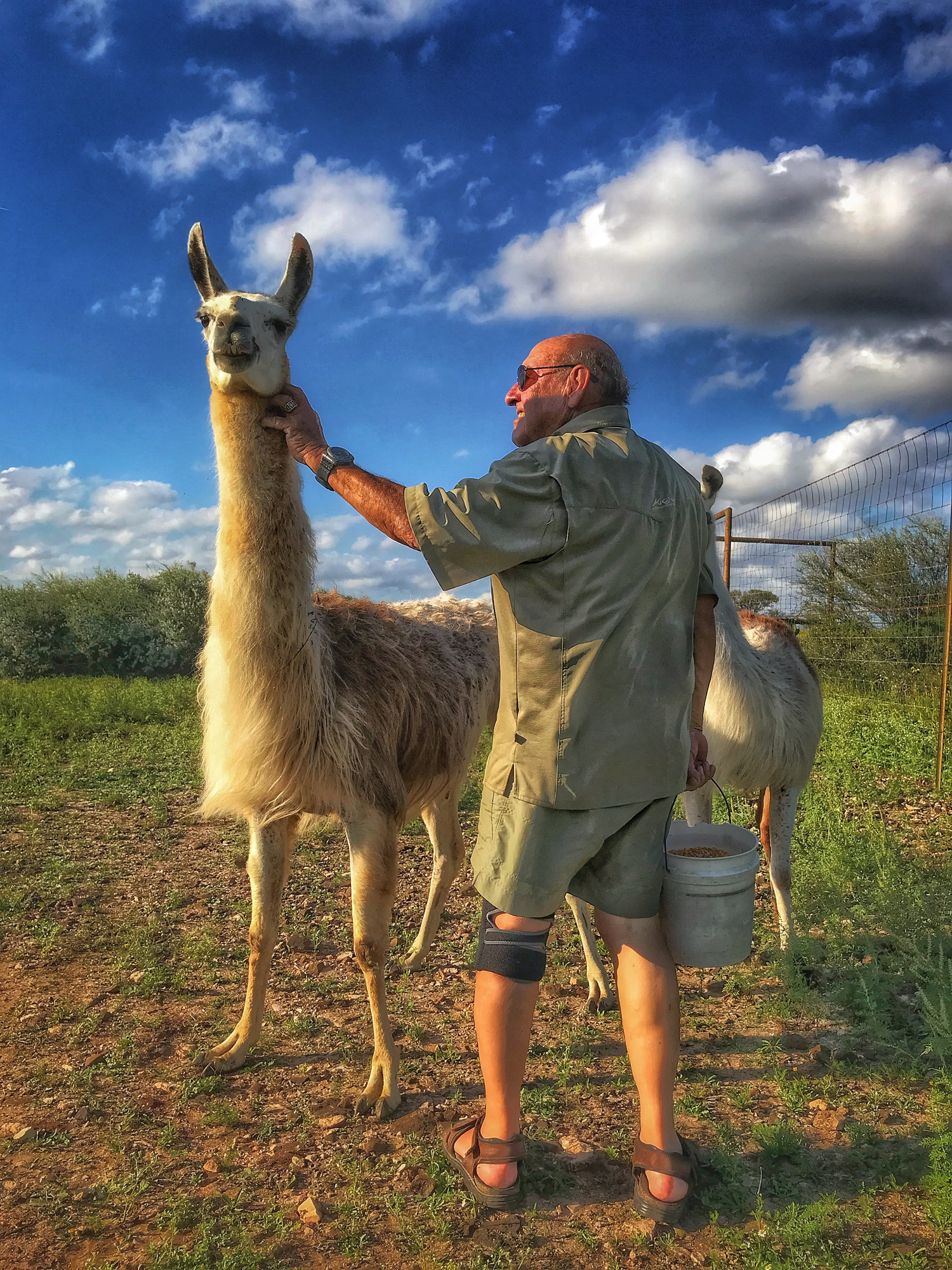 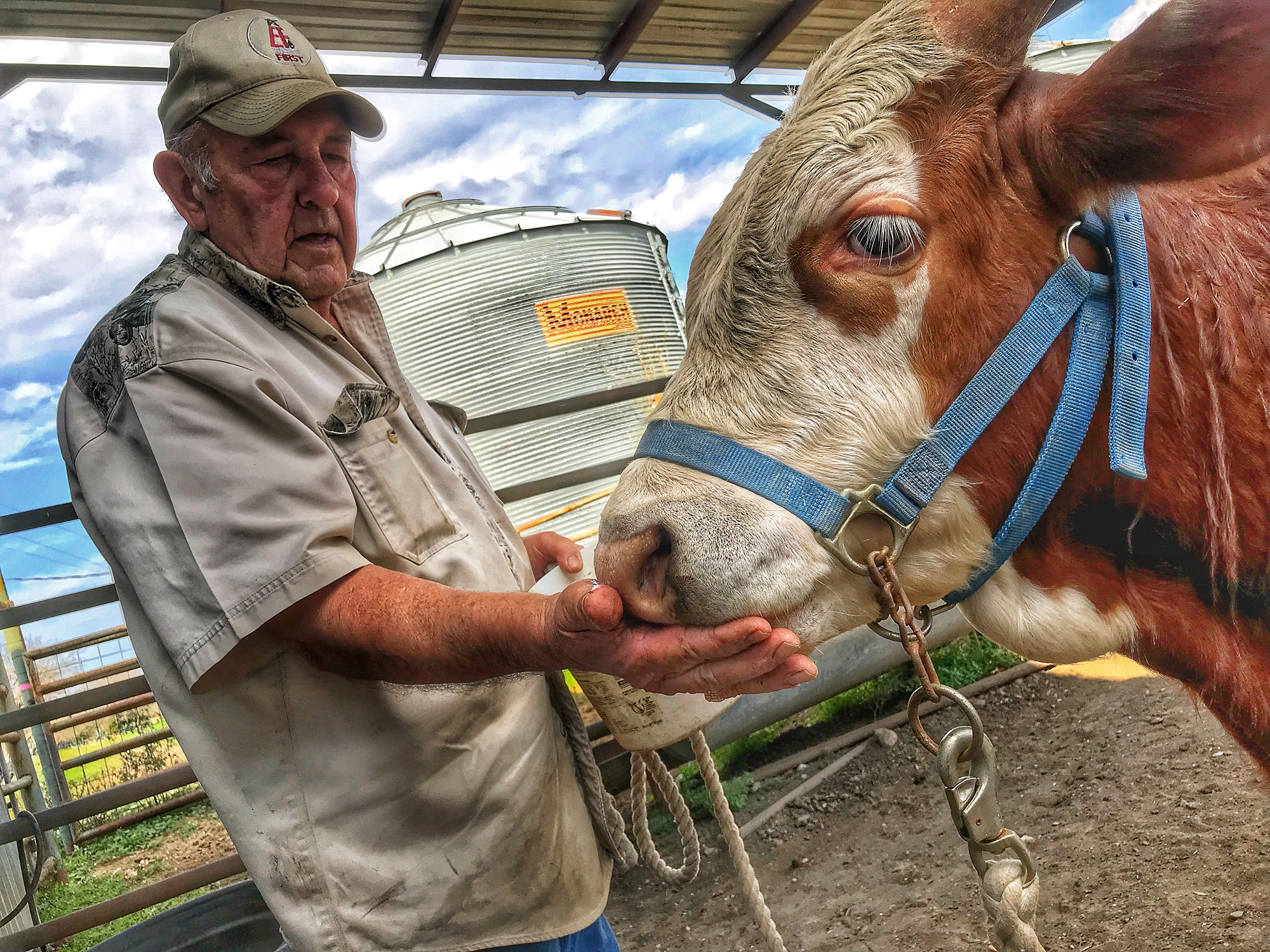 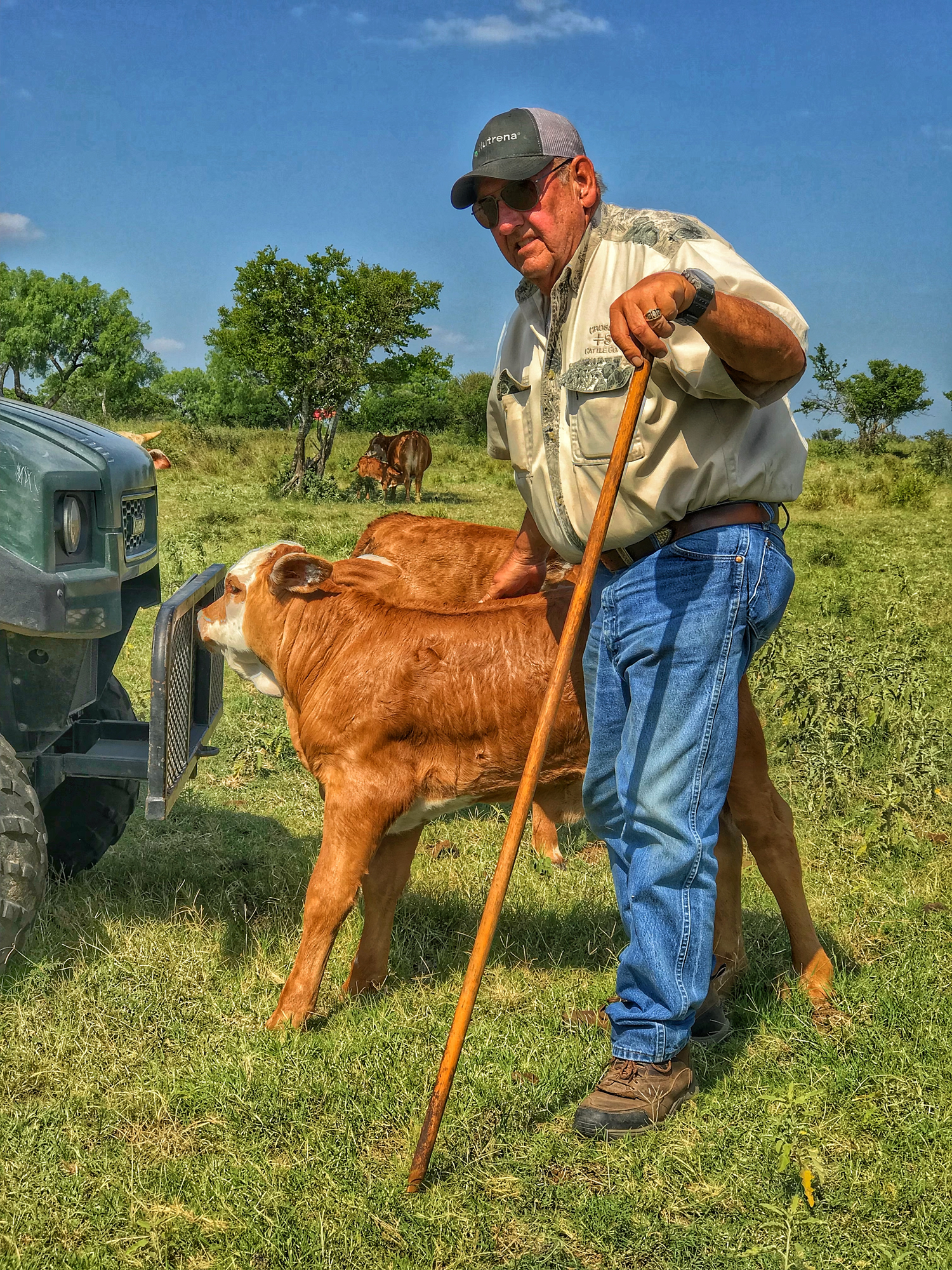 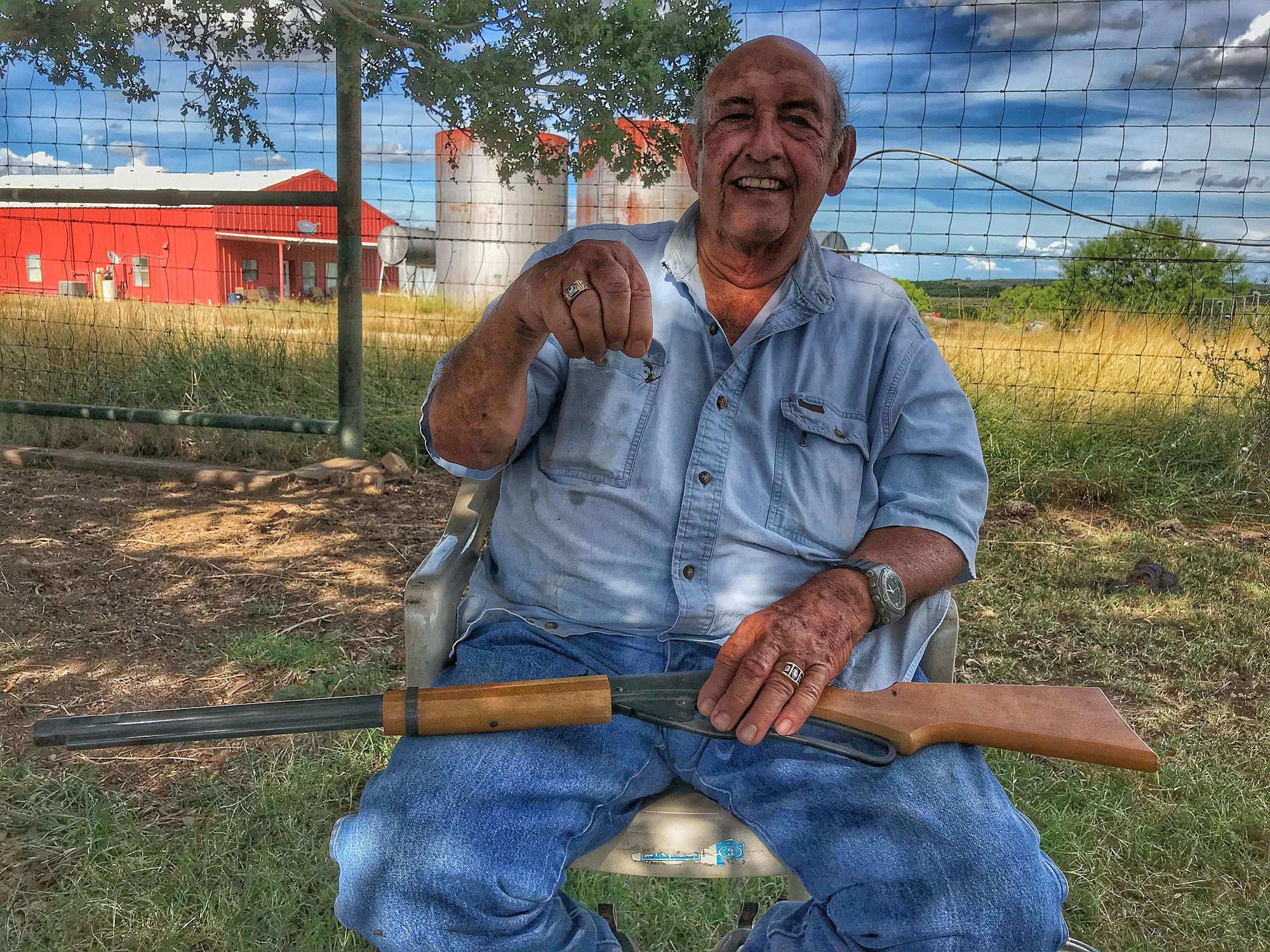 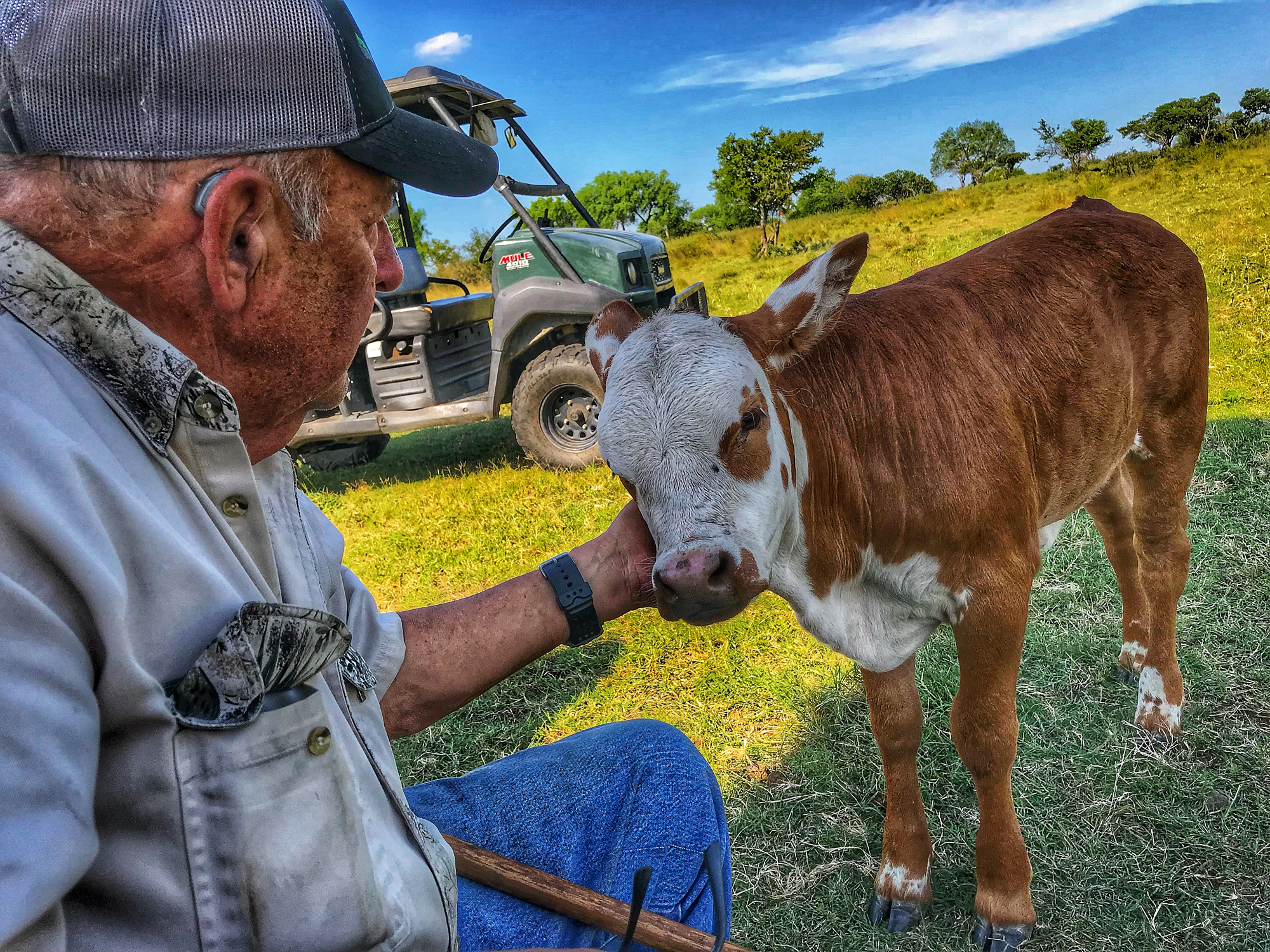 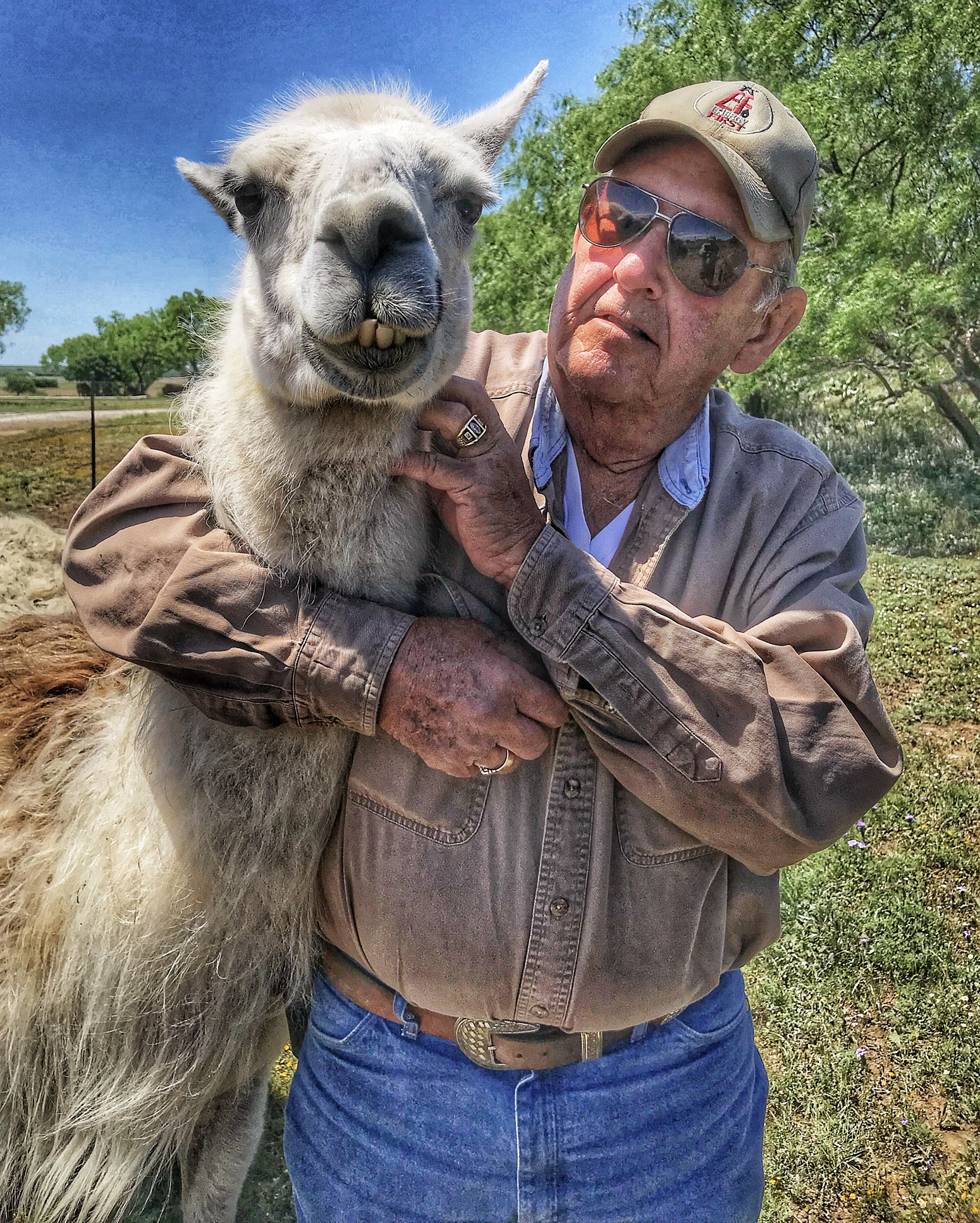 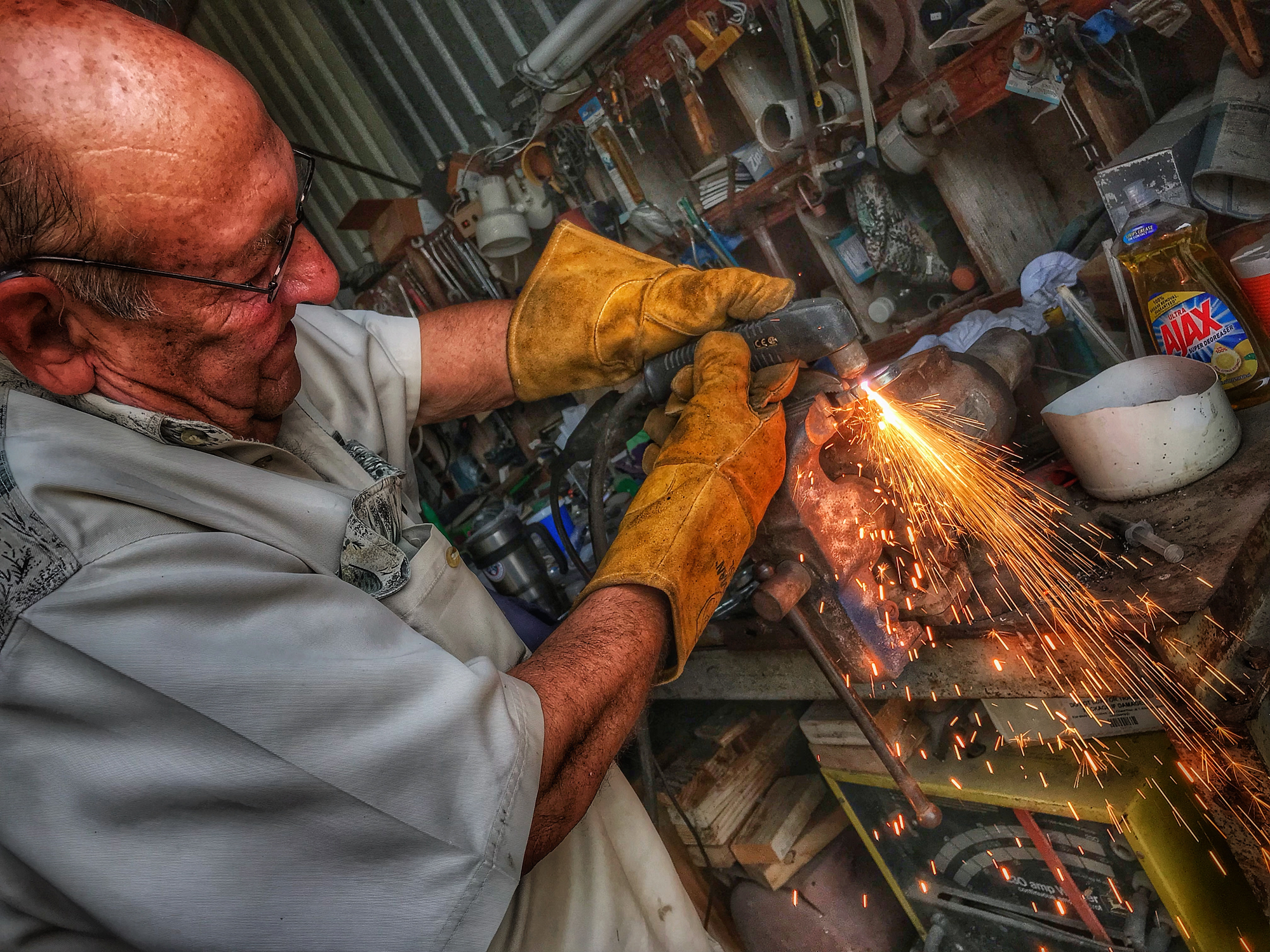 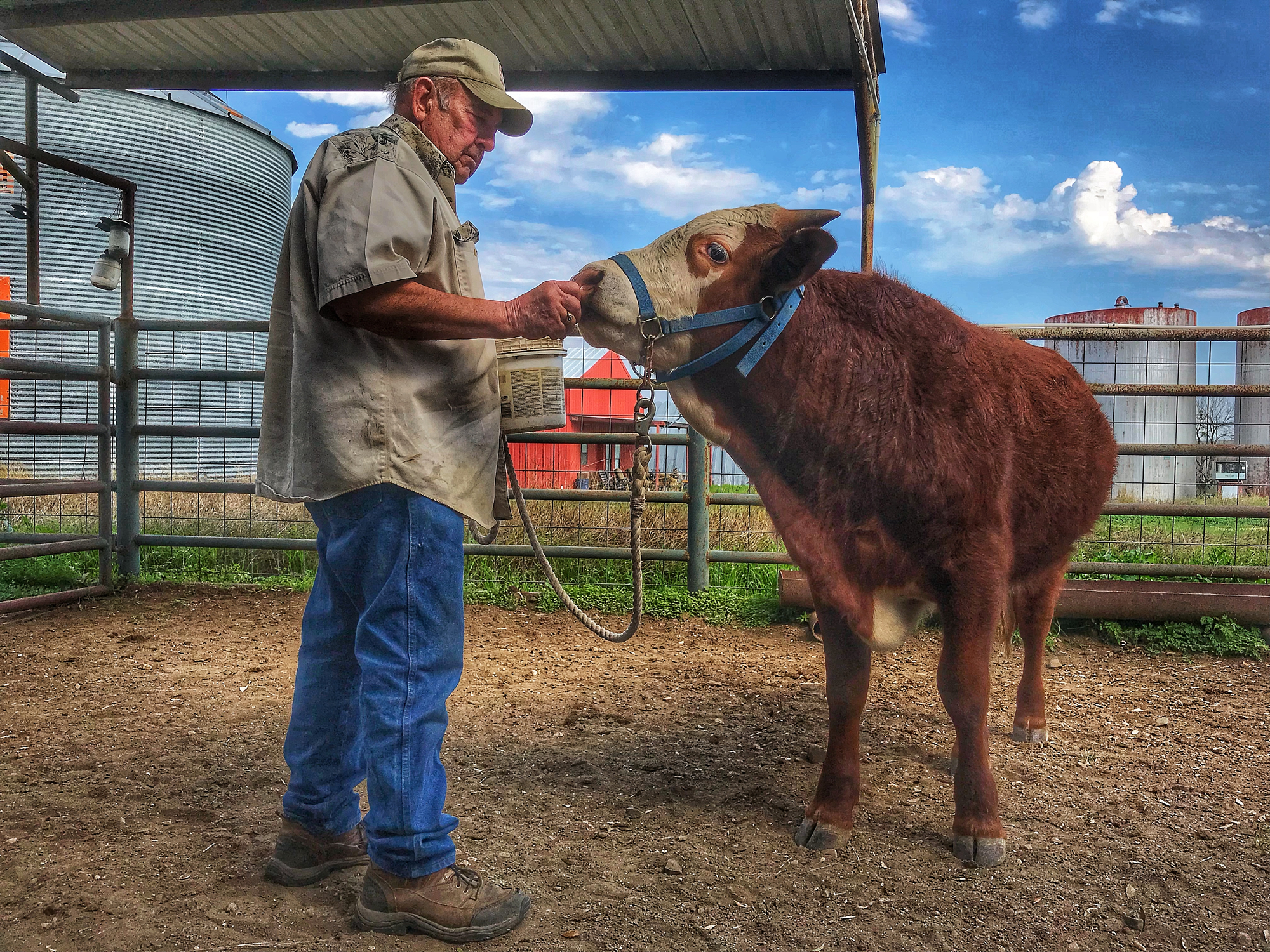