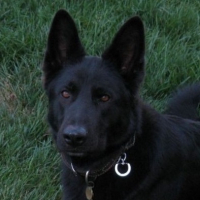 GermanShepherd Posts: 61 Member
April 30 edited April 30 in Second Amendment/Politics #1
My mother was a McGovern Democrat. In 1972 I was age 8.

Fifteen years after the 1972 election, 1987, I once claimed to her that I had gotten into trouble a few years earlier (slacking off on college school work, accidents, traffic tickets) because I had a car available to drive for the first time in my life at age 19. A new 1983 Camaro. I had more freedom than I could really handle by getting those wheels. She said that the car didn't twist my arm to make me do those things. It wasn't the car's fault for my shortcomings. I had dropped out of college in 1984, had two low-income jobs and went into the army in 1988.

Three years later, 1990, I argued with her about gun control over the telephone while away with the miltray. She had voted fo DiFi and Boxer in Commiefornia. I said they were both anti-gun but she said who cares if they are anti-gun since they were such "good senators". My mother, bless her, did admit that the Second Amendment was made to weaken the government but she said that people had no business with "assault weapons". "Normal guns" were one thing but "machine guns" were something else she said. She had no idea what "semi-automatic" and "fully automatic" meant. She actually owned two guns for home security and protection while driving about. My father had gotten those guns and passed away nine years earlier. She said that she might as well keep them since they were inherited. One was a Smith .38 Special and the other was a Beretta Minx .22 pistol which was semi-automatic but those guns were still "normal" to my mom. If the gun looked "like something that belonged on a battlefield" to mom's eyes, civilians had no business with it according to her. This went for AR-15s. Mom had stated that she would shoot through the bedroom door if somebody tried to force it open.
I insisted that guns don't kill people and she said I was illogical for saying that. She said of course guns "kill people" like Abraham Lincoln, John F. Kennedy and Martin Luther King.

You see, it wasn't the car's fault for my personal errors but it's always the gun's fault whenever somebody gets shot. Go figure.
Shepherds in Germany? WOOF!!!!
2 · Share on TwitterShare on Facebook