I think I'm going on record to say that if you already have the Ruger 9mm or the Glock (whose magazines fit), and you don't have one of these, you're probably nuts.

Since last transmission, I had the inspiration to coat the mating surfaces of the takedown barrel joint with some anti-seize compound and used the padded specialty pliers I normally use for removing sticky 870 magazine caps to get a few clicks tighter on the adjustment nut that one would be able to by hand.  You can still take it down, but it's notably snugger on the rotation when separating the halves now. 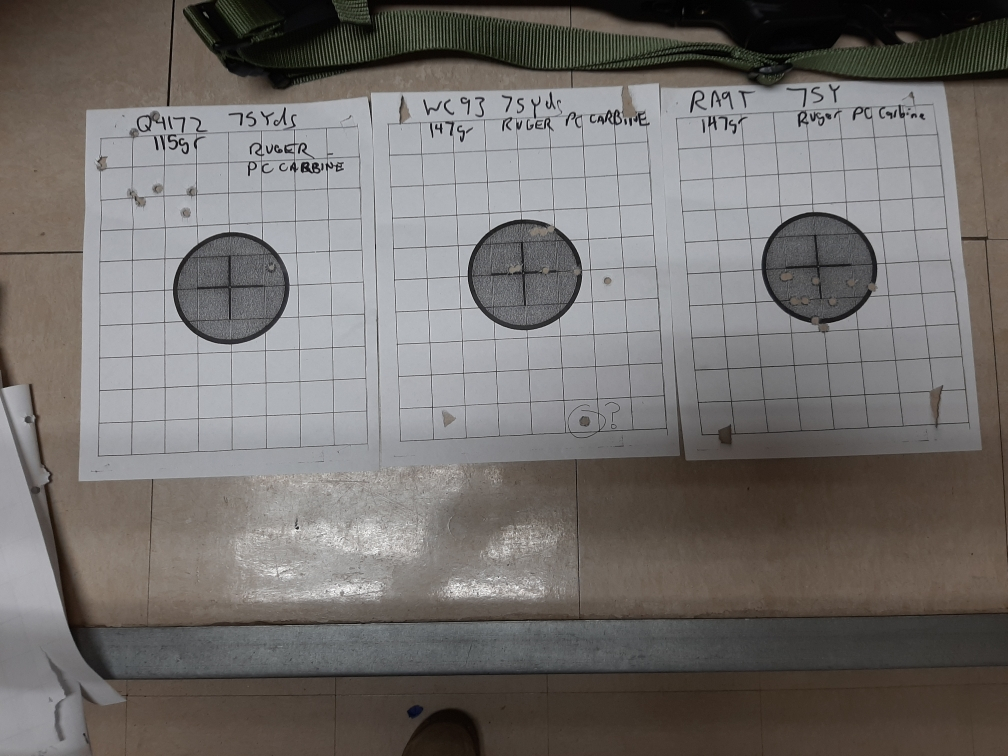 Not unexpectedly, the 115 grain shot to a different point of impact than the heavier slugs.  Note the low right flier.  Note also the low right flier on the Winclean.  Can't explain that one - I'm better than that, so we may well be testing ammo as well as the gun.  Right target is the duty-grade T-Series holding a tidy 2.5" inches. 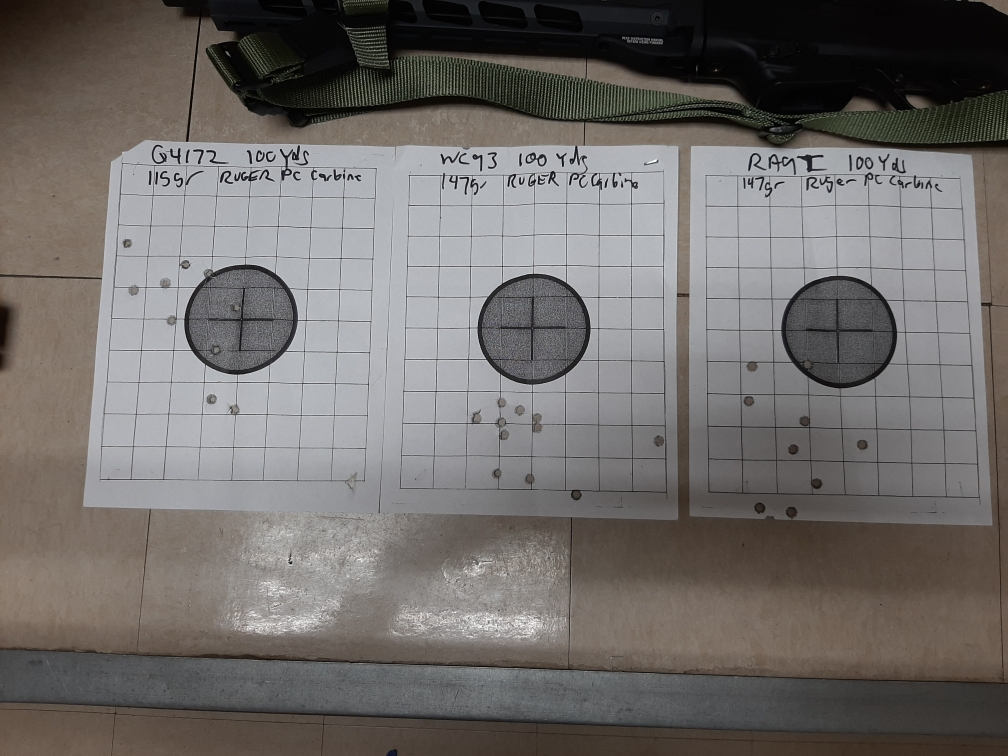 Draw your own conclusions.  A 2 MOA red dot is not the ideal sight; nor is 9mm Parabellum the ideal cartridge; nor is a takedown barrel, blowback action carbine the ideal rifle for the 100 yard splitting of hairs.  Ten shot groups fired to start looking into the limitations of the full system.  I don't think many folks would be pulling this off with the same ammo in a pistol, and aside from the two tossers out to the right, I find the Winclean group in the middle rather intriguing. . .

Perhaps more illustrative of the practical applications, I ran our AR-15 qual course with each type of ammo, the best being the Winclean: 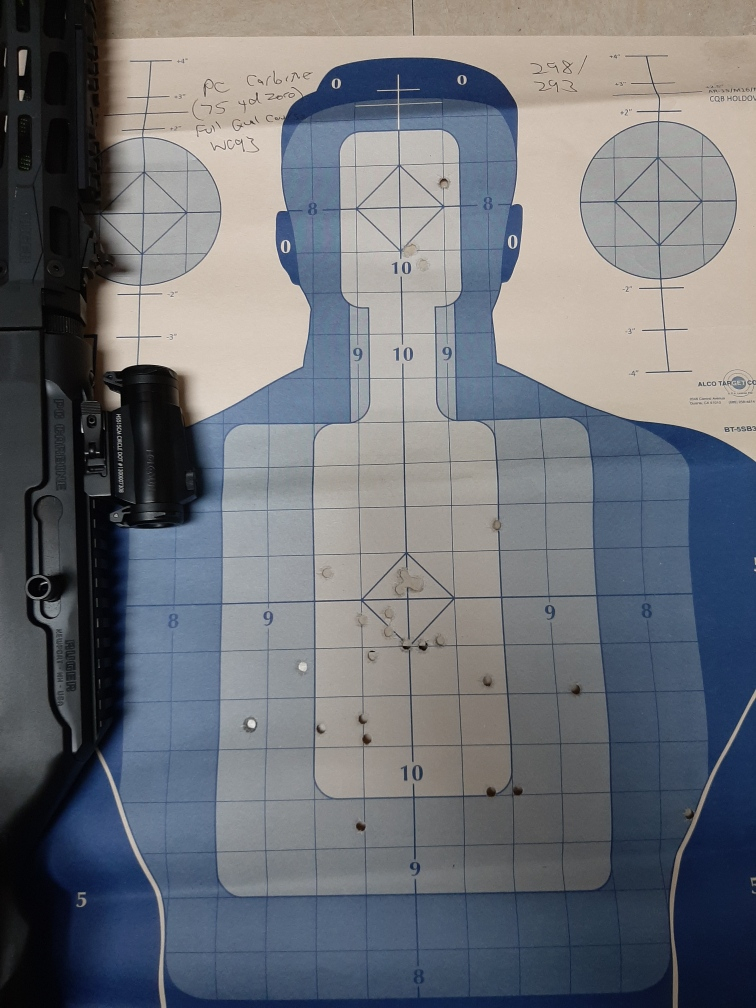 That consists of 30 rounds - nine at 100 yards in a combo of supported standing, kneeling and prone; five kneeling at 75 and 50 yards; and eleven at 15 yards.  293 out of a possible 300.  The duty ammo did slightly worse mostly via operator error, but still in the 290's.  Held on the neck at 100 for the 147's.  This score is pretty much on par with what I do with the M4 platform, so little difference in practical field accuracy to that range.  The ball rounds (holding dead on at all ranges) dropped into the high 270's, mostly due to the higher-left point of impact - probably could have been ten points higher were the gun zeroed for it.

(Kinda want to bolt a real scope to it for a spell just to see what it can really do.  The other voice in my head said "not what this thing is FOR".)

Also took it out to 150 yards on the range's 18" diameter steel gongs.  It took only about 18" of holdover, but the gun had no trouble ringing them repeatedly once that was figured out.

Some hundreds of rounds through it thus far between me and letting my buddies play.  Only feeding issues have been from one mag known to have problems (since dropped from the rotation).  Have only bore-snaked it at this point - - logic being, it's a big 10/22, probably a leading contender in the "never cleaned - still runs" game.  I'm honestly looking to see what crud the bolt accumulates before I get into it.

Digging it so far.  Other projects to contend with , but ultimately will see how it does with cast handloads - 9mm and Glocks presenting their own challenges that will likely take precedence.