Zee Senior MemberPosts: 25,465 Senior Member
June 22 edited June 22 in General Firearms #1
Picked up my new stainless .357 Mag and was toting it at the ranch this afternoon. I’d already fed the cattle, deer, and made the rounds. So, I was sitting on my friends front porch visiting with him for a few minutes before I had to go to my REAL job.
He looks at the front yard gate and says, “There’s a snake.”
I look to see a smaller snake crossing the driveway and headed for the front yard gate. I stand up to get a better look and tell him it’s a small rattlesnake.
Walking towards the gate and the UTV to get my snake stick, my friend asks me what I’m gonna do.
“Catch him before he gets in the yard and then shoot him with my .357.”
”Ah Hell, he doesn’t rate for a .357 Mag. Use my .22 lr.”
”Ok.”
So I retrieve his S&W revolver in .22lr filled with snake shot, use my stick to move him off the drive (ricochet), and place him in the dirt next to the driveway.
Perturbed, he decided to charge!  And become a moving target. 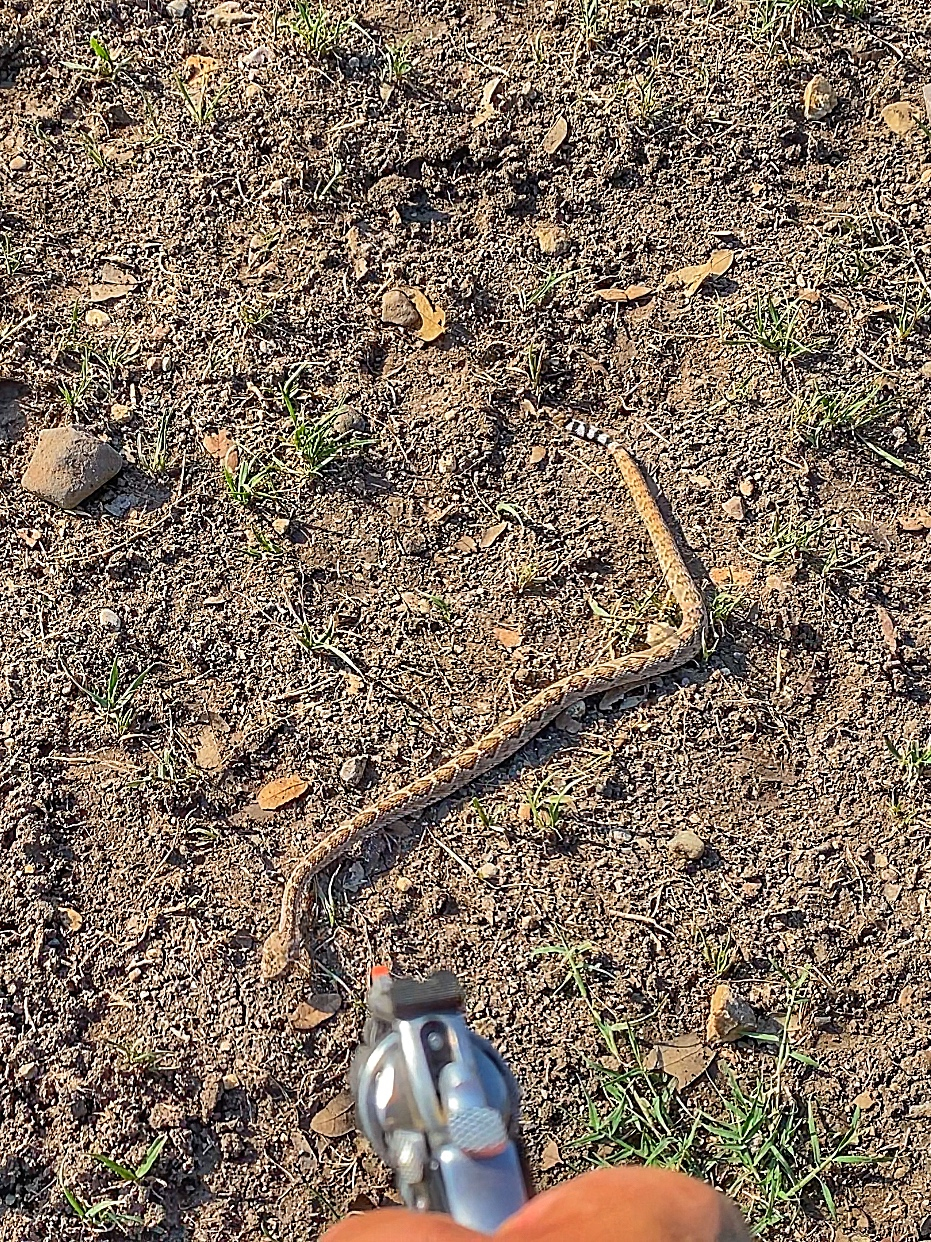 Seconds before he launched himself at my throat, fully intent on biting my head off, I fired and ended his viscous counter attack with a load of #12 shot from a CCI round. 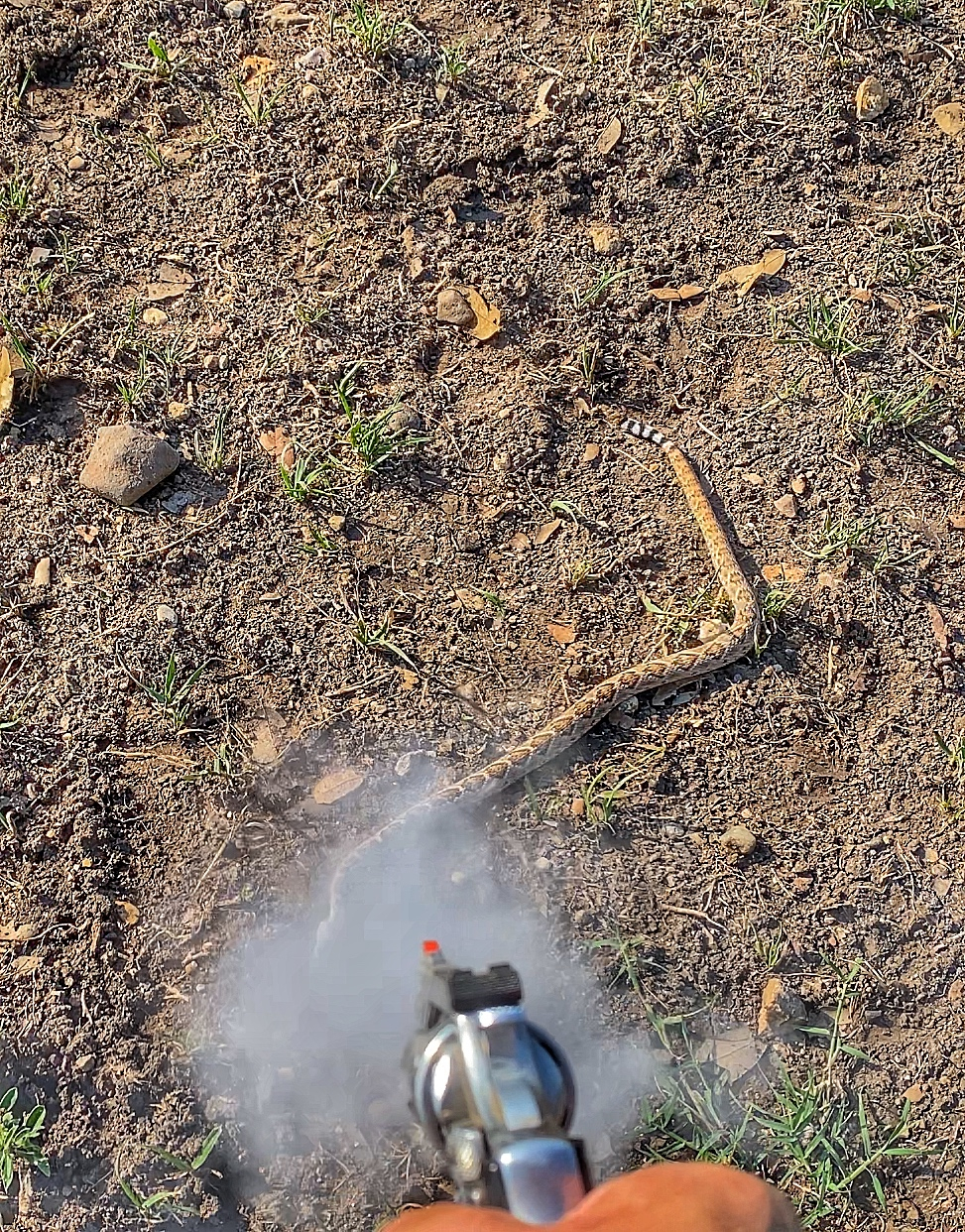 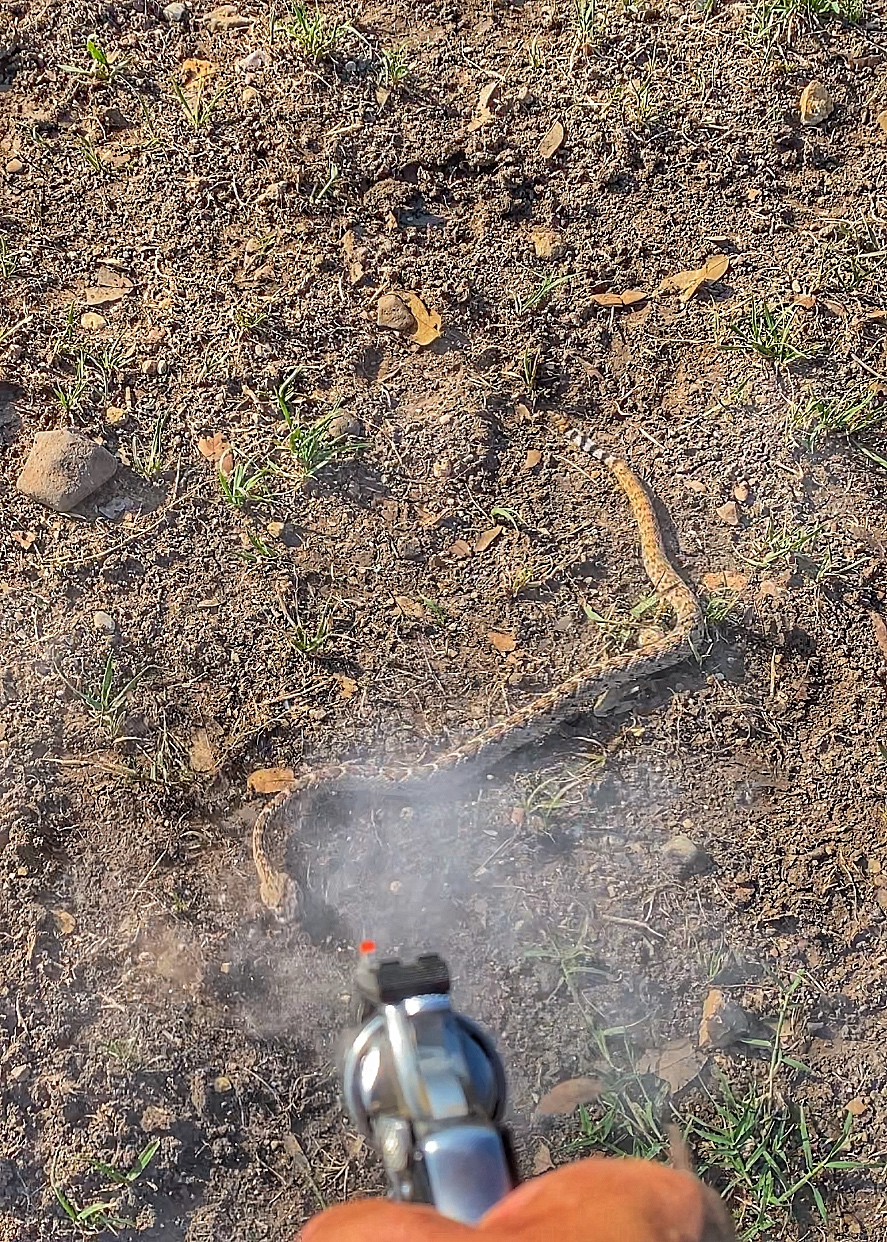 And that’s how I saved the world from this 20” Monster. 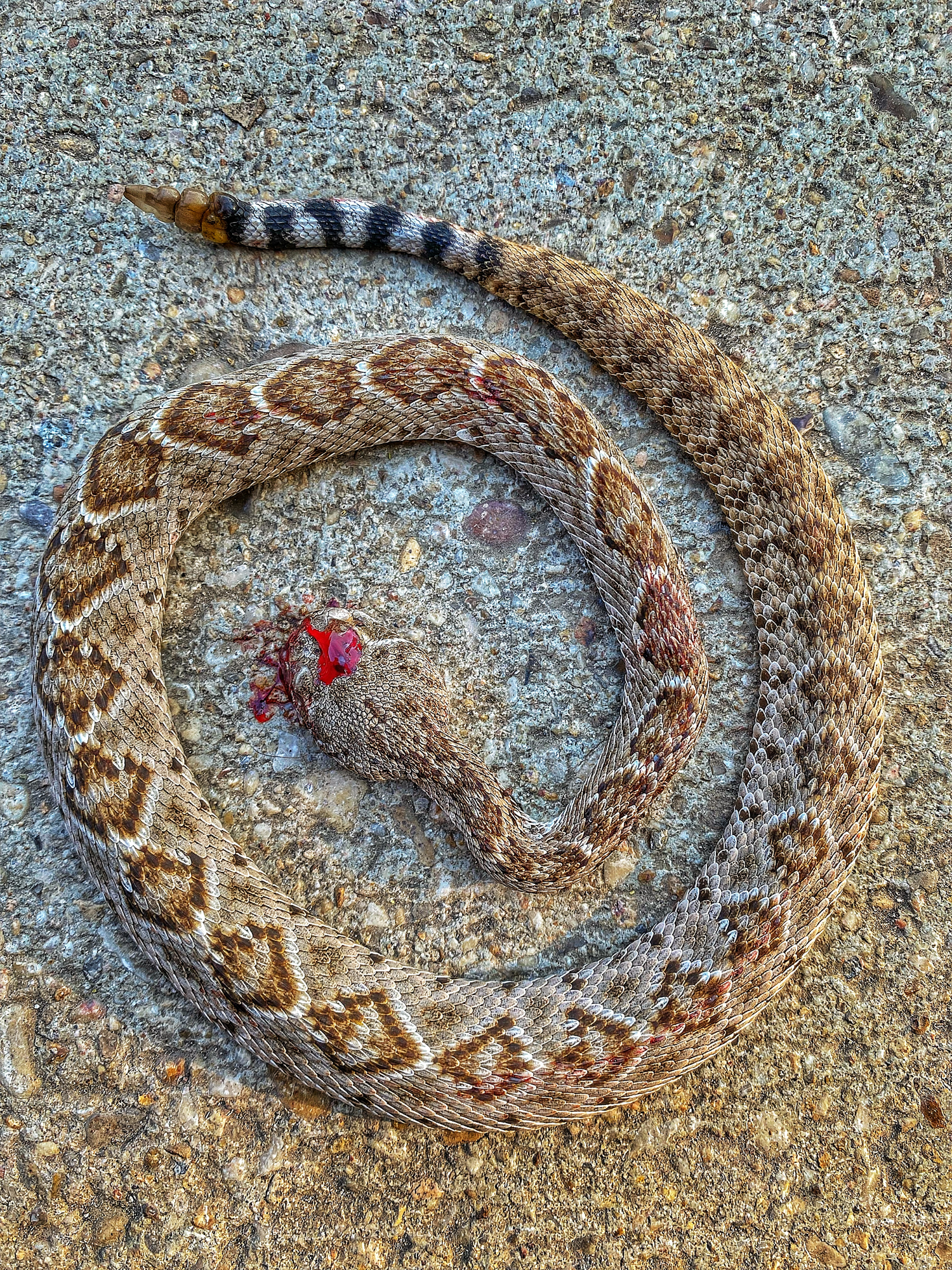 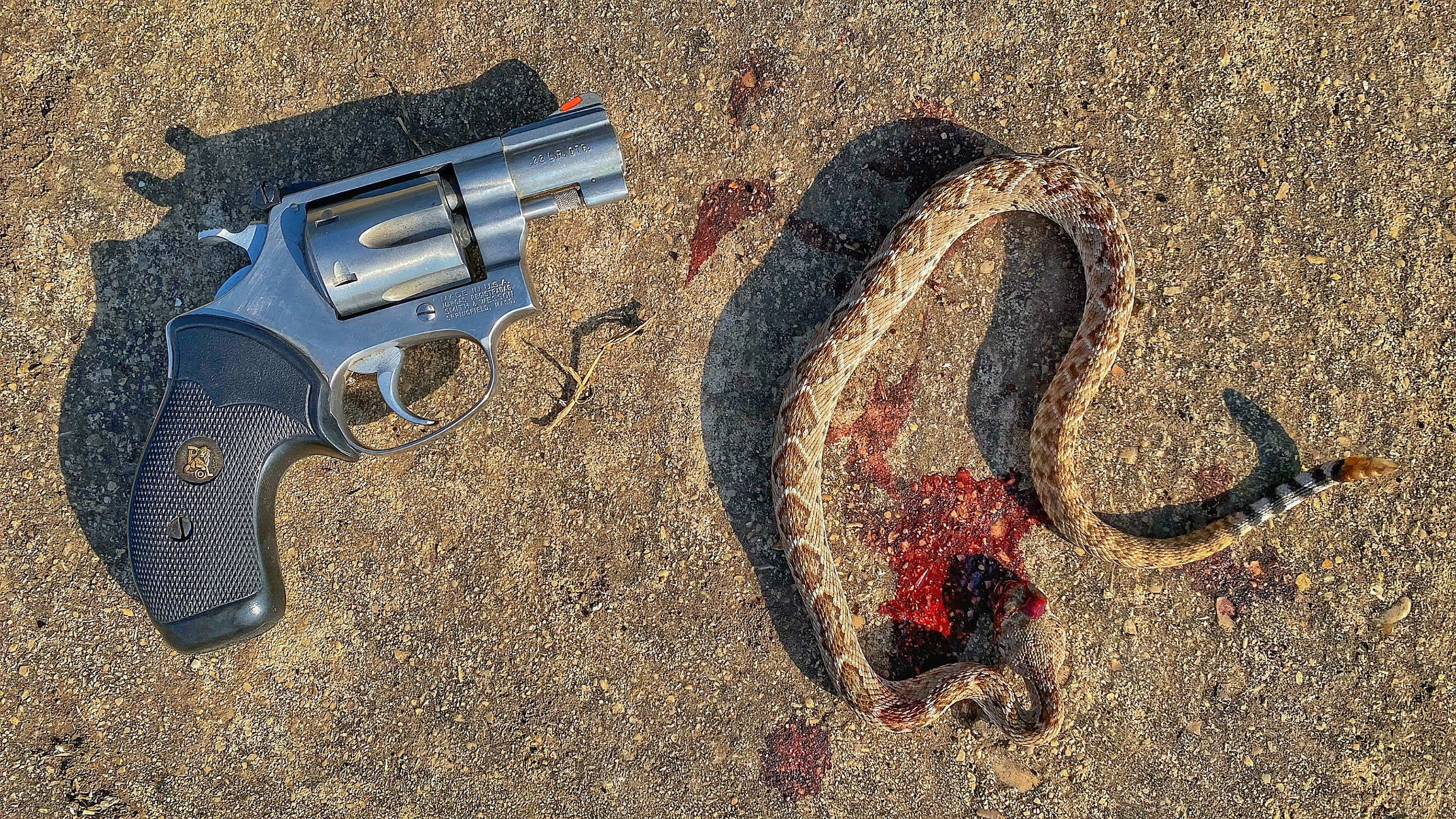 Later this evening at work, I ran across his cousin. 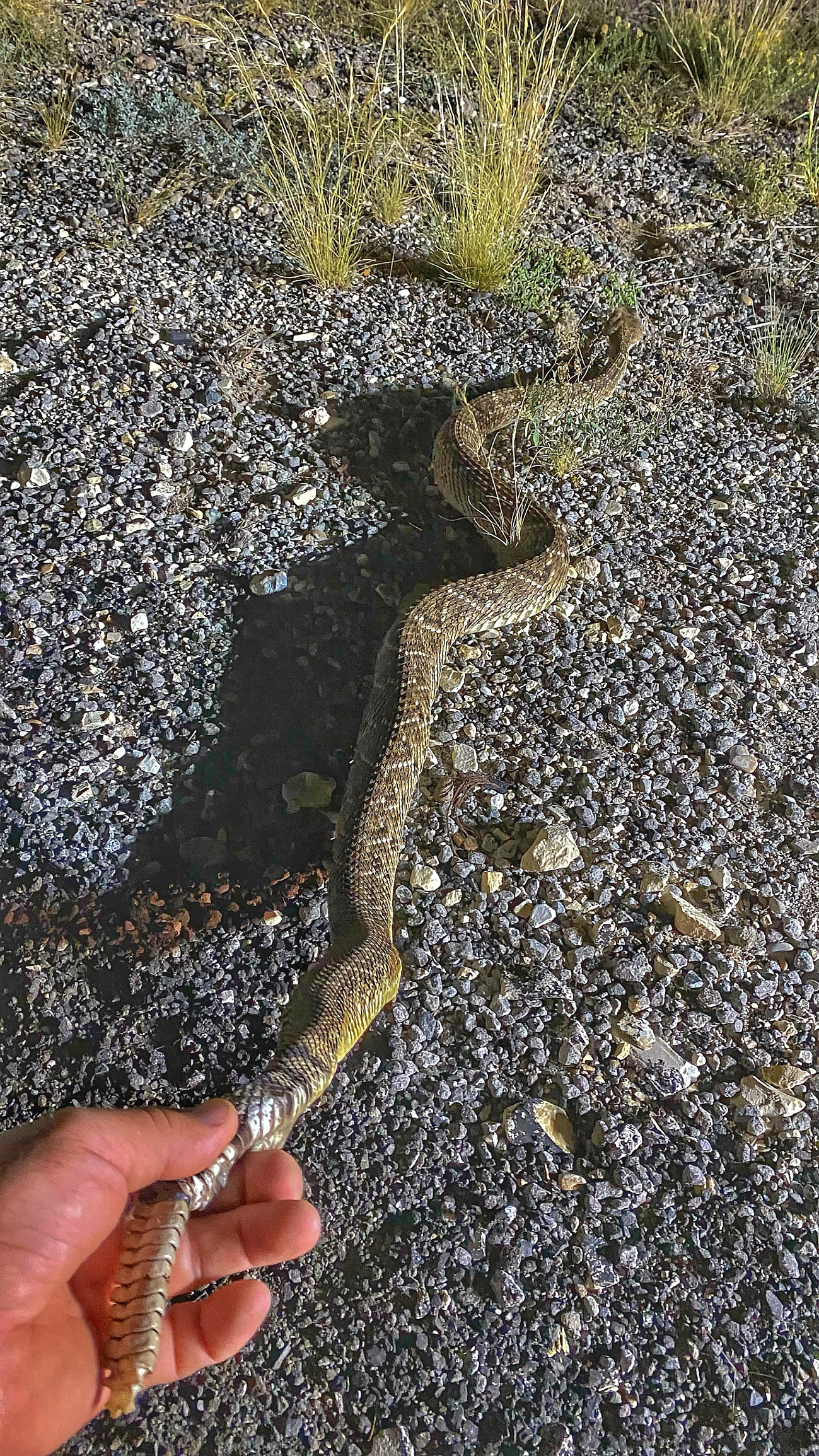 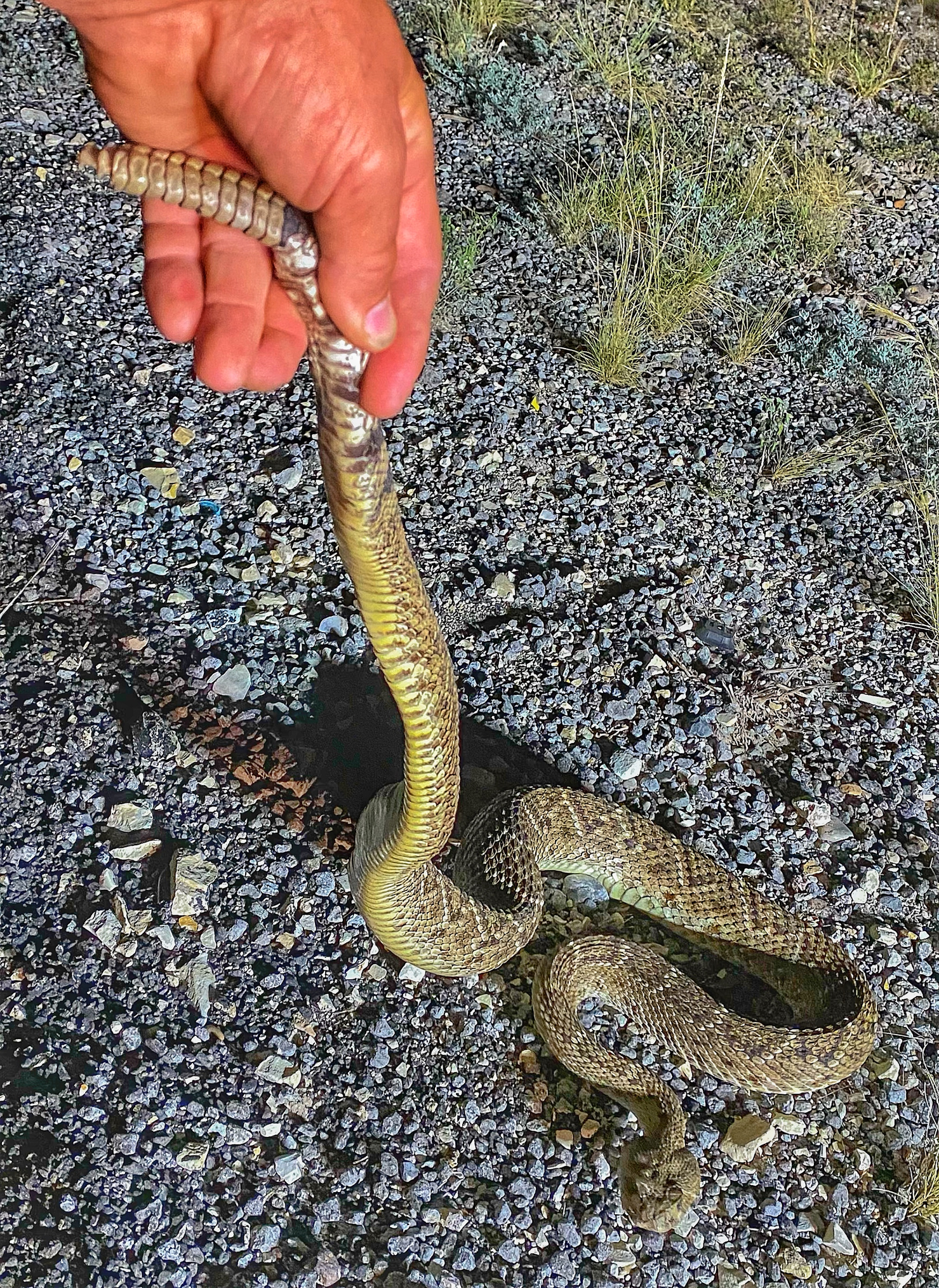 About 4.5-5 feet long, he was very docile. Never once rattling or striking at me. 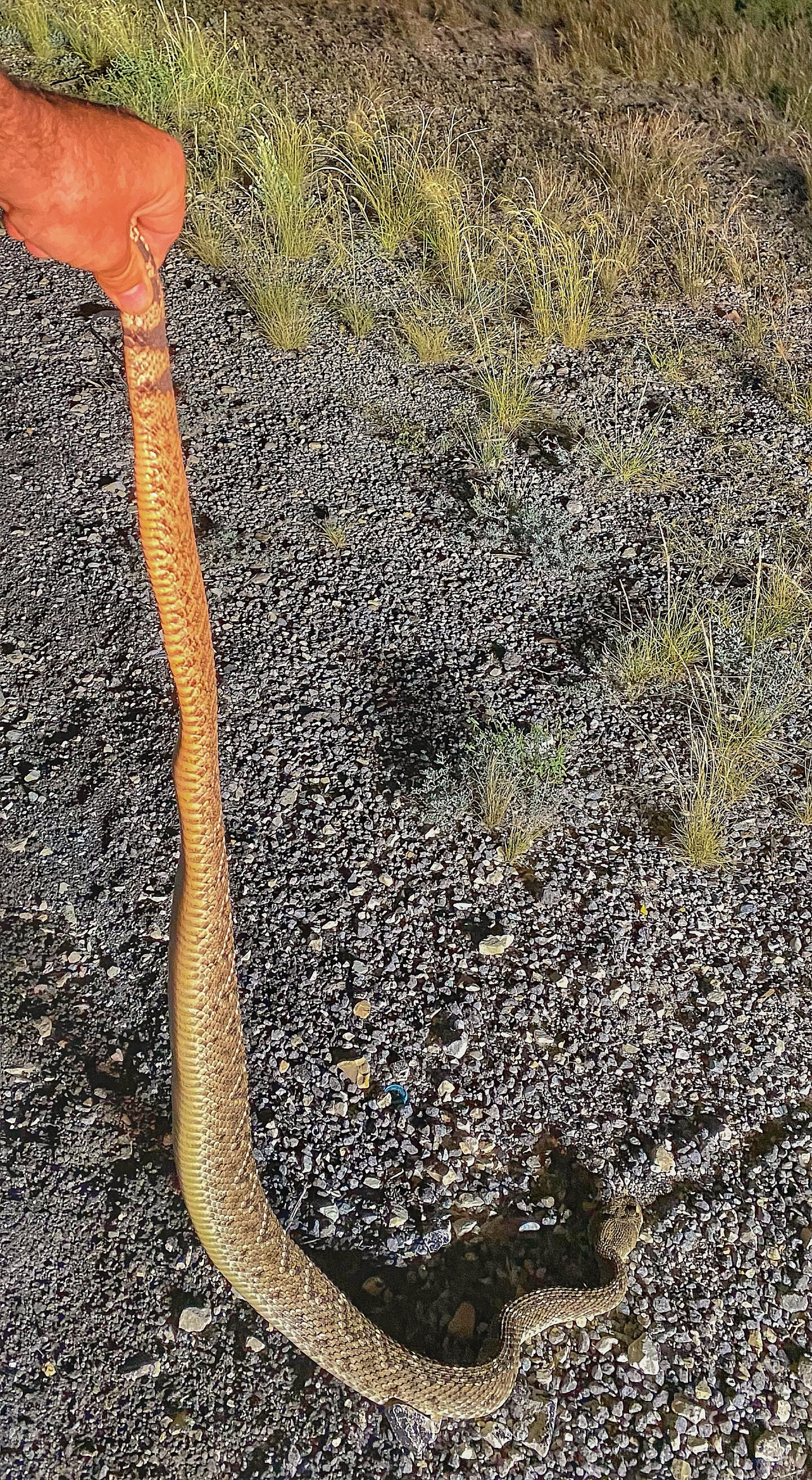 We made friends and I let him go on his way. 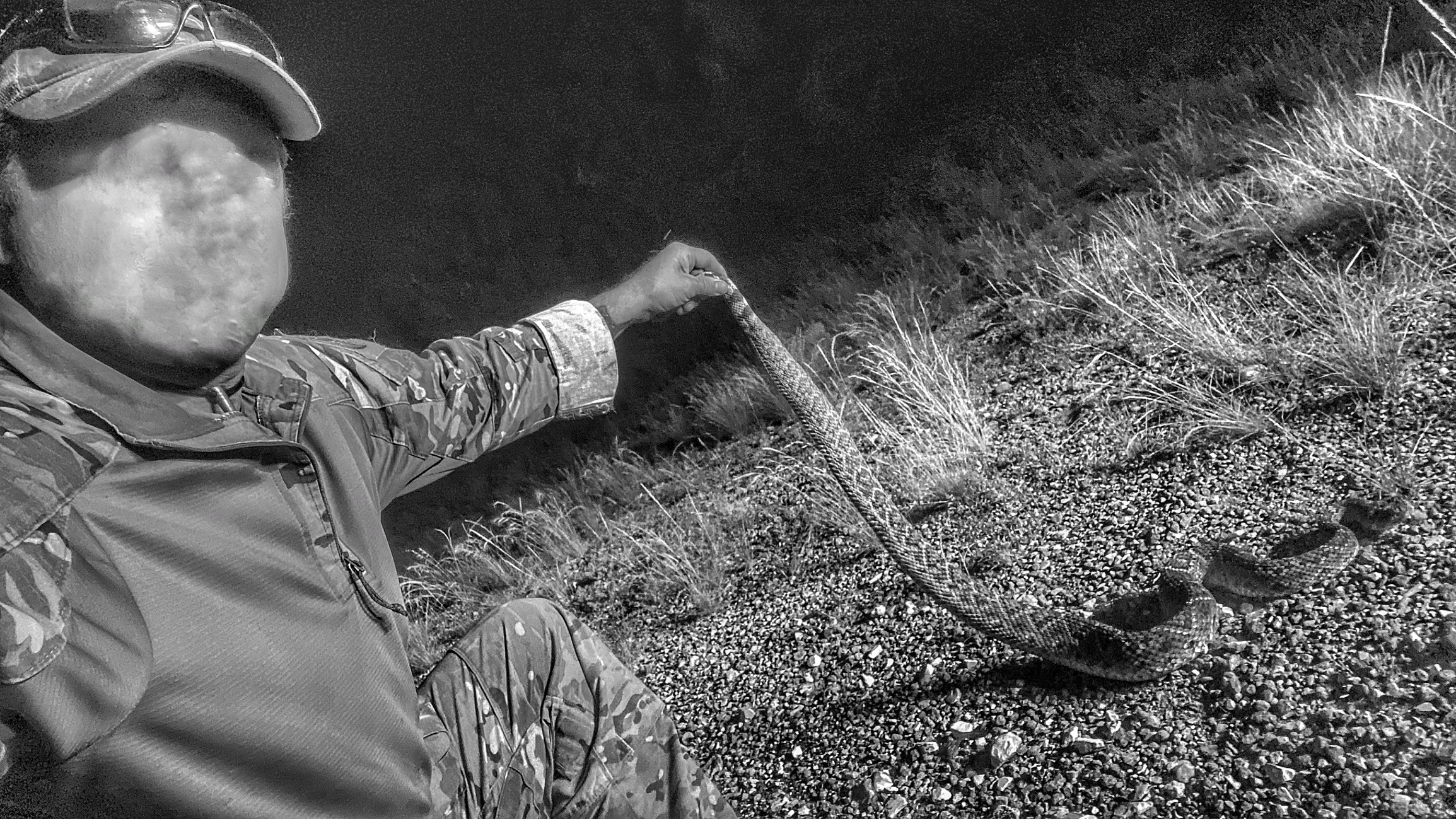