Bigslug Senior MemberPosts: 8,753 Senior Member
July 26 in General Firearms #1
Hit pause on the 9mm project for a spell to visit with Dad & help with some of his projects. 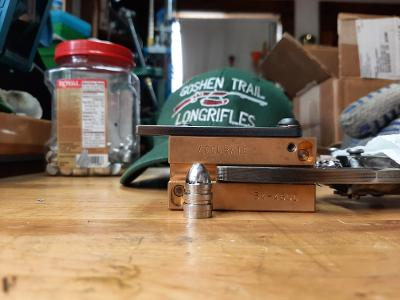 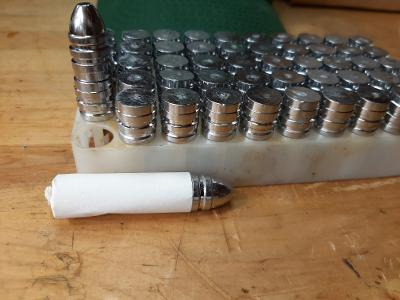 You know you're in a fundamentally different realm when the Federal .45 ACP ammo trays no longer fit your projectiles.  These puppies drain a 20 pound pot fast. 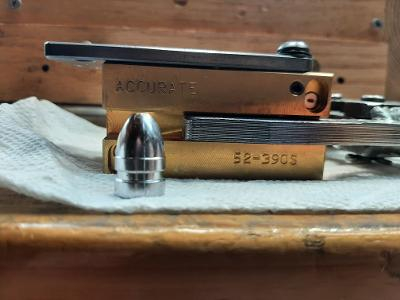 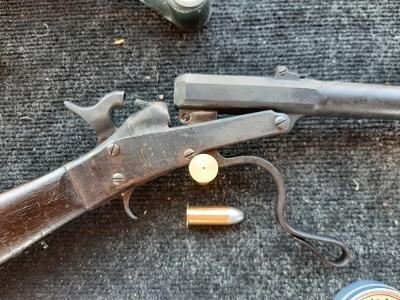 This was the same guy that invented the "roll of caps"  tape primer mechanism that you see on some of the Sharps rifles and also on some of these carbines (not this one).  A bit of a revolutionary/transitional piece.  It uses a brass cartridge with a hole drilled in the base and ignites with a separate percussion cap.  No extraction either - just a big wide rim you pull out with your fingers.  Later versions fired some of the early cartridges we now consider conventional and had a good following as target rifles.  It's a neat mechanism and this one is certainly minute of milk jug.  At 390 grains times 3 bullets per pour, it doesn't drain the pot quite as fast as the Sharps, but it's still way quicker than the .380 Auto.