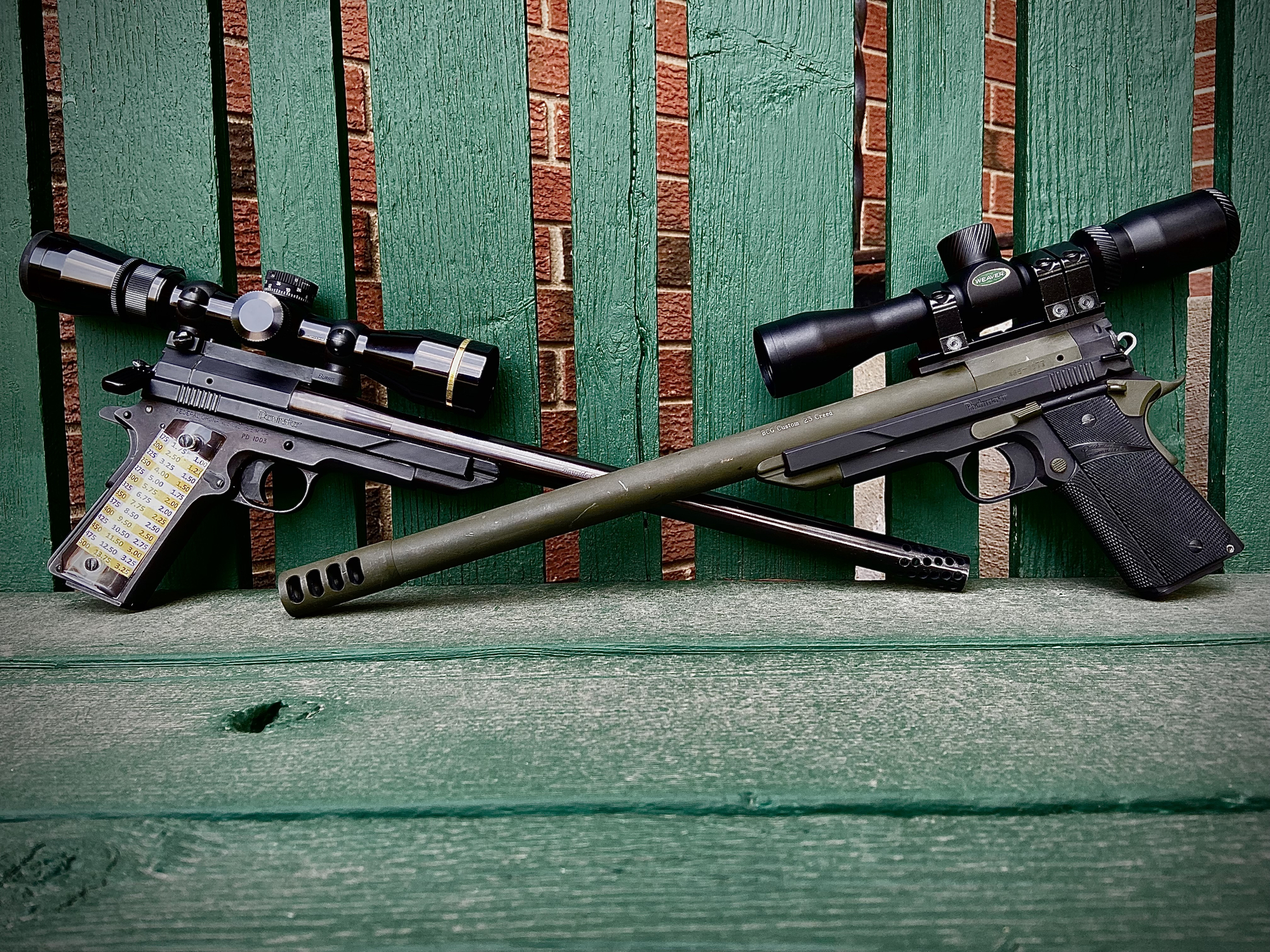 On Friday I went out to Mac's Gunworks to zero and get some drops out to 500 yards with my two Pachmayr Dominators.  These both have long eye pistol scopes on them with external turrets, otherwise shooting at the distances that I did would be much more difficult.
With a 1911 frame and trigger, and not being able to use a bi-pod, makes the Dominator system a little more challenging to use.  I used a front rest and a Hollands small field bag under the pistol grip.
The Dom on the left is a 6.5 Creedmoor with a 15" barrel.  Scope is the Leupold 2.5-8 EER.  The drops on the grip are for my 140 A-Max load, which I did not use yesterday.
The one on the right is a 25 Creedmoor, and it has a 14" barrel and a Harrel brake.  The barrel is heavier also.  Once new trigger/hammer parts were put in the trigger pull is great for a 1911.  Initially, the trigger pull was quite heavy, and being the trigger snob that I am, I didn't like it-Now I love it!
It shoots the 110 grain Nosler Accubonds at 2726 fps.
I like the classic looks of the 6.5, but the 25 has become my favorite.  This is the first time I have used the new Weaver 2-6 pistol scope.  You can zero these turrets easily, and so far the adjustment have been spot on to meet me needs.  I like the eye relief better on the Weaver than the Leupold on the Dominator at least.
I knew the velocity with the 110's, so I stated with the 25.
I had to re-zero, since I had put a new scope on it.  I got lucky, and within 3-shots I was off to shooting steel.
I started at 300 yards on a 10" piece of steel, and I didn't hold or dial for wind.  I shot right.  Either the wind was doing something weird then or I pushed the shot right with some bad fundamentals.  I am not really sure.  With all the further shots, from that time forward, I had to deal with an ever increasing quartering tail wind to full value wind from right to left.
I was just checking to make sure my drops were solid. 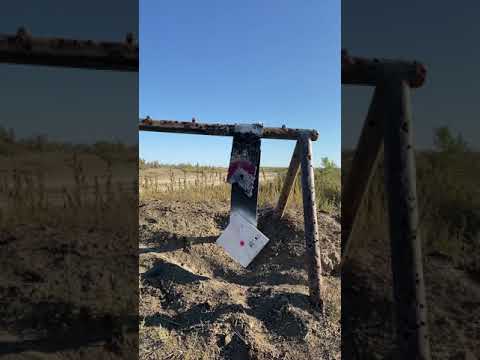 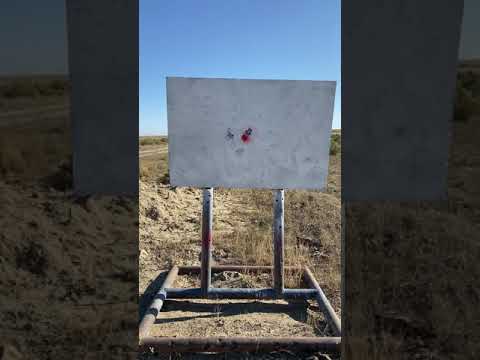 Hopefully you have seen enough proof from Zee that you don't have to have a lot of magnification to connect at distances further than 500 yards.
If I had my druthers though, I would like to have more than 6x, but I was happy with the shots at 500.
Took some pics, videos, and painted targets.
The wind continued to get faster with some gusting-Notice the swinging steel targets as an indicator!
Time to shoot the 6.5 Creed Dominator.
I tried some Hornady factory ammo that used the 120 grain GMX bullet that I traded for during WY-SHOT. 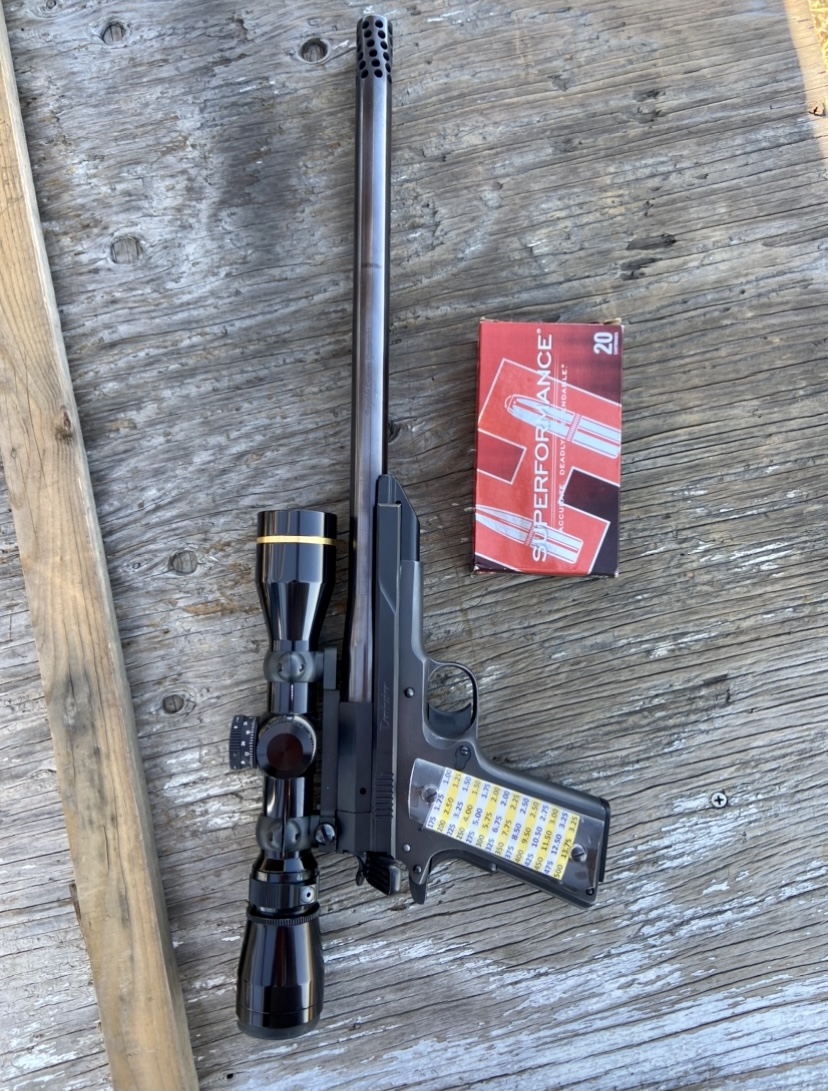 After a 100 yards zero, I went to the 10 inch plate at 300 yards, and kept subtracting my guesstimate on the velocity until the drops got close.Then, I went to 500 yards where there is a large target, so I could get my wind figured out and it be able to see if my vertical was close.  I had to drop my MV more than I thought I would.  Notice the swinging plates at 300 and 400 yards.
I shot at 300, 500, and then back to 400 yards 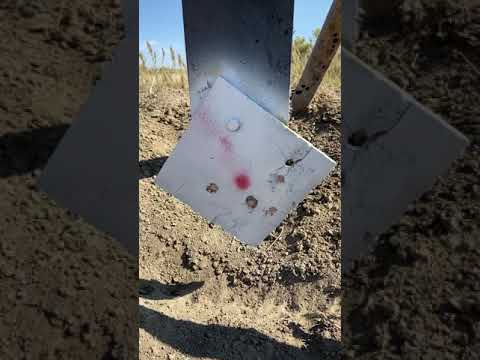 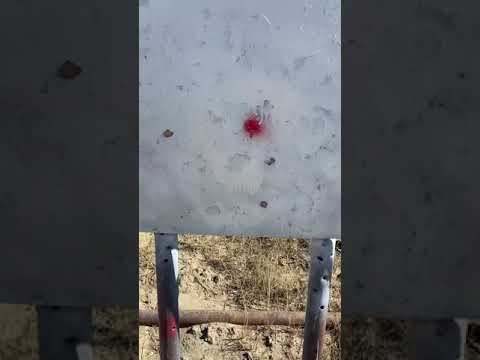 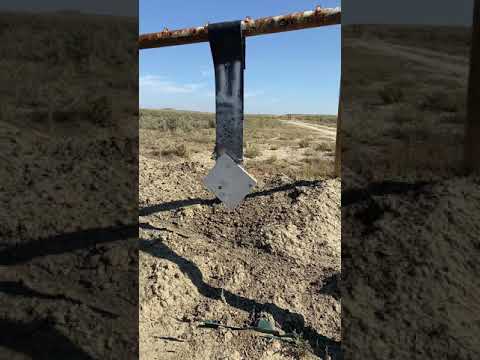 The wind wasn't ideal, but the factory ammo shot pretty good.
I am looking forward to hunting in October