TurdusMerula MemberPosts: 356 Member
September 2021 in Hunting #1
It had been raining the whole night in Thurday and it continued to rain on Friday. I left the work early and woke up into notice that the rain had stopped. While driving to home I desided to go for a quick afterwork hunt.
I went home and grabbeb my gear, loaded into my car and headed for my hunting area. I have to drive 50 miles even though the area is only about 10 miles from my home. There’s just a sea separating it

I chose a field where to take my post and dropped into ditch. Just after about 45 minutes I saw as the huge 15-16 spike bull moose slowly walked by on the field 150 yards from me accompanied with a young spike bull. I bit my knucles as we can shoot only calves from the fields at this point. Season for adults starts on the second saturday of Oct.
After about ten minutes those bulls had disappeared a nice cow moose came to eat on that same field. Again I bit my nails and knuckles.

Eventually the cow left and I waited for the deer. At 8 p.m I saw a doe trotting, 220 yards from me. Not a sign for stopping. Desided to shoot. Took a small lead as the doe was not in a hurry, steady trotting. 375 barked and I couldn’t see a thing as 75(ish) grains of powder leaves quite a smoke puff through the suppressor in humid, windless evening. Like a black powder.
250 grain ttsx’s slap through the thick cloud of smoke gave away that I had hit the deer.
Took my rifle and flashlight as it was very dark at that time as the sky was filled with heavy clouds and sun had set about 40 minutes earlier.
I started to walk towards the area on the field where the doe was when I shot it. Luckily I didn’t have to search more than a couple of minutes until I found it. I had miscalculated the need for lead and the bullet had hit a good six inches too far back. Despite this mighty 375 had stopped the trotting deer after about twenty yard run.
Gave the poor doe a quick coup de grâce behind the head to end her sufferings and started immediately to gut it. Luckily it wasn’t as bad as I had thought.

After I had lifted the doe and my gear into my car I drove back home to skin it and now as I’m writing this it is Saturday morning and I’m about go and cut it for the freezer. 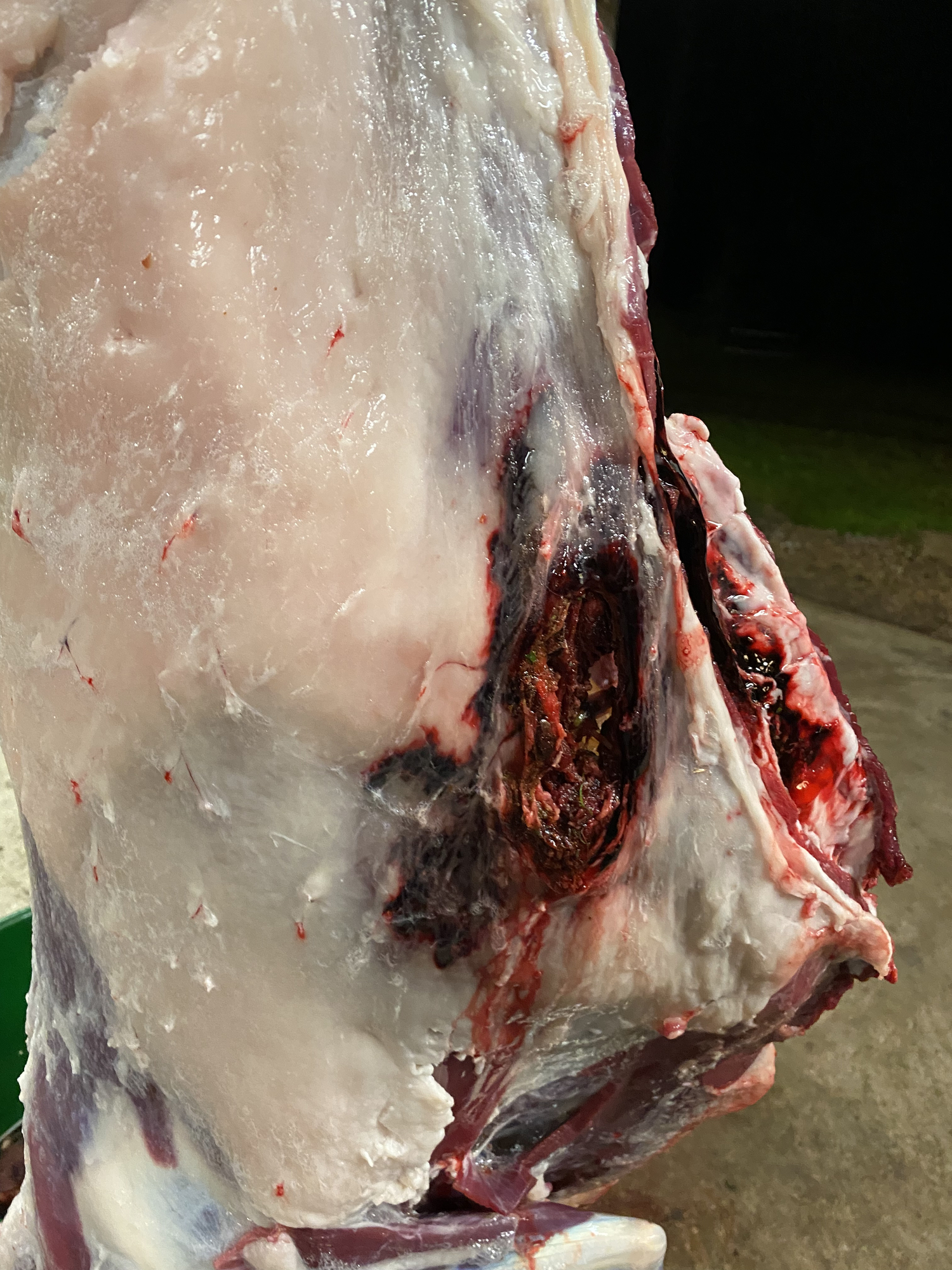 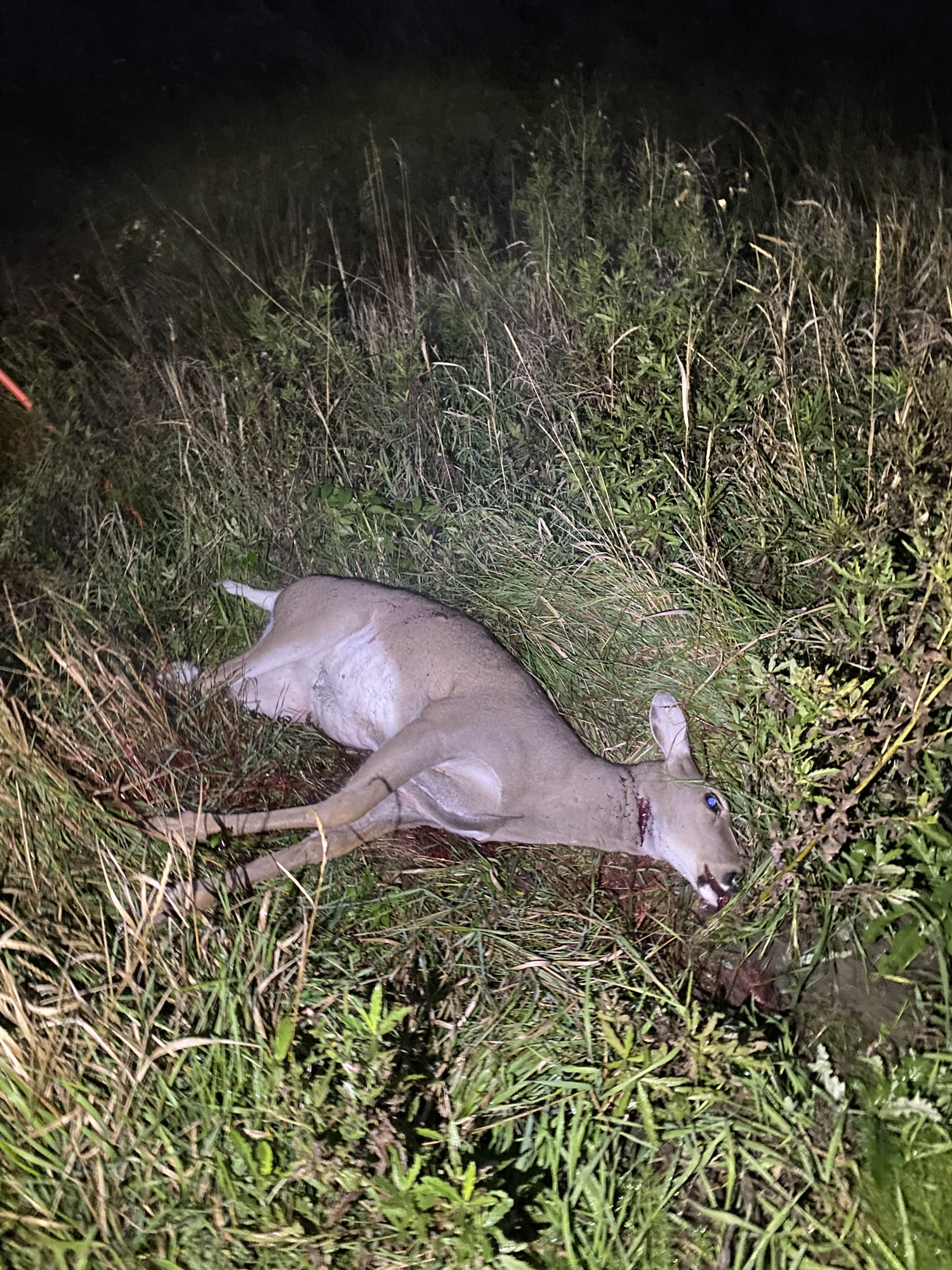 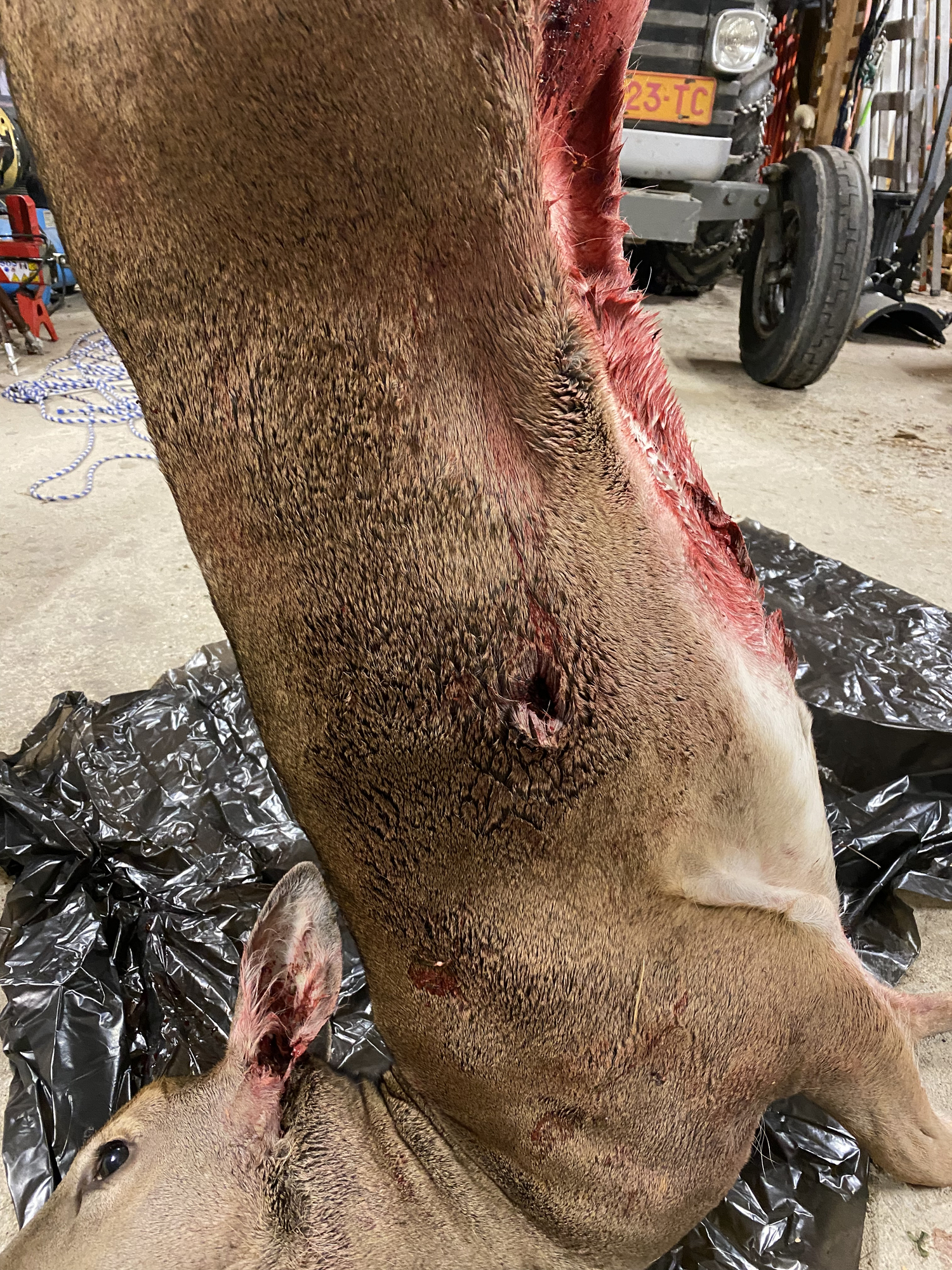 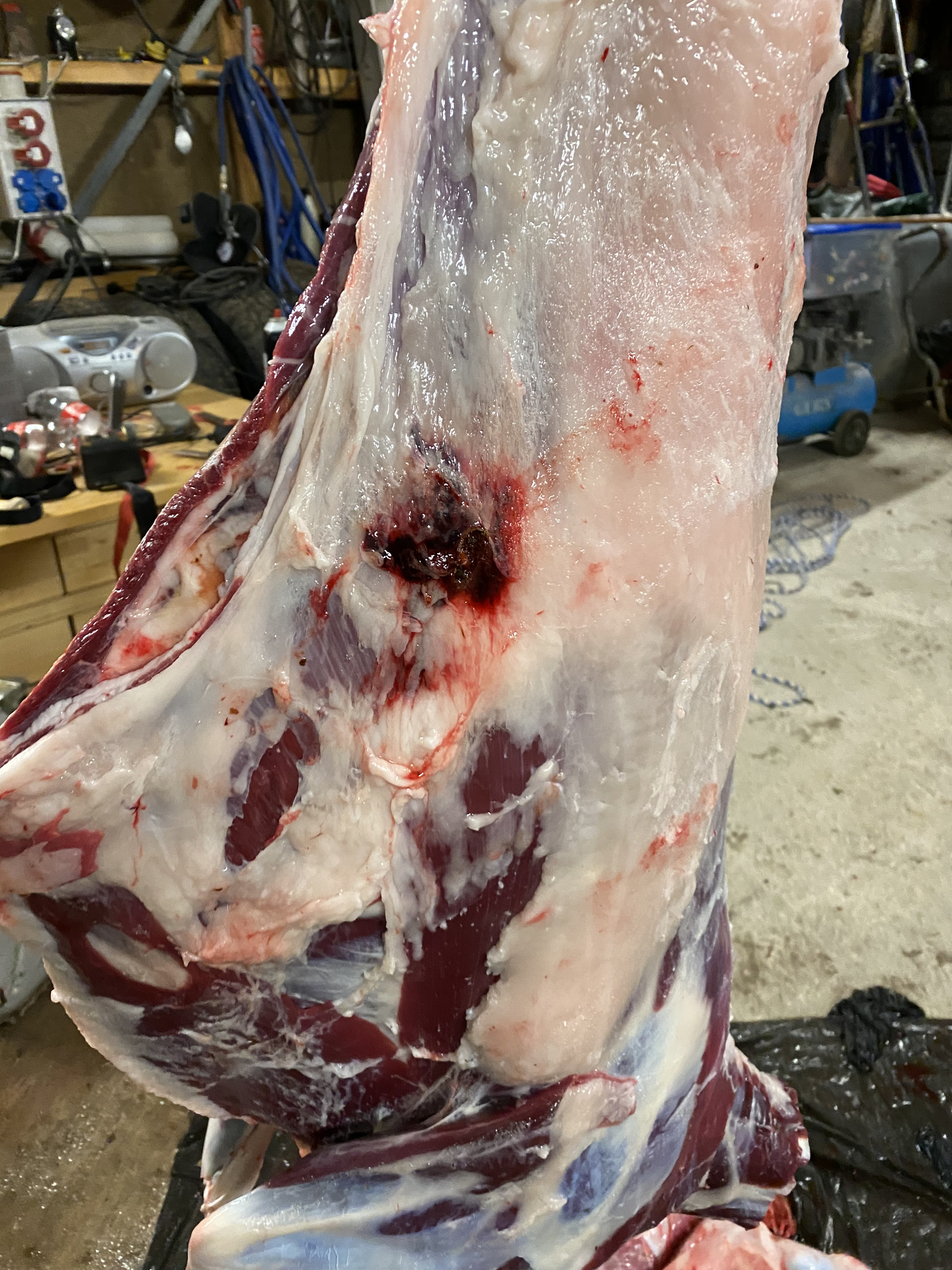 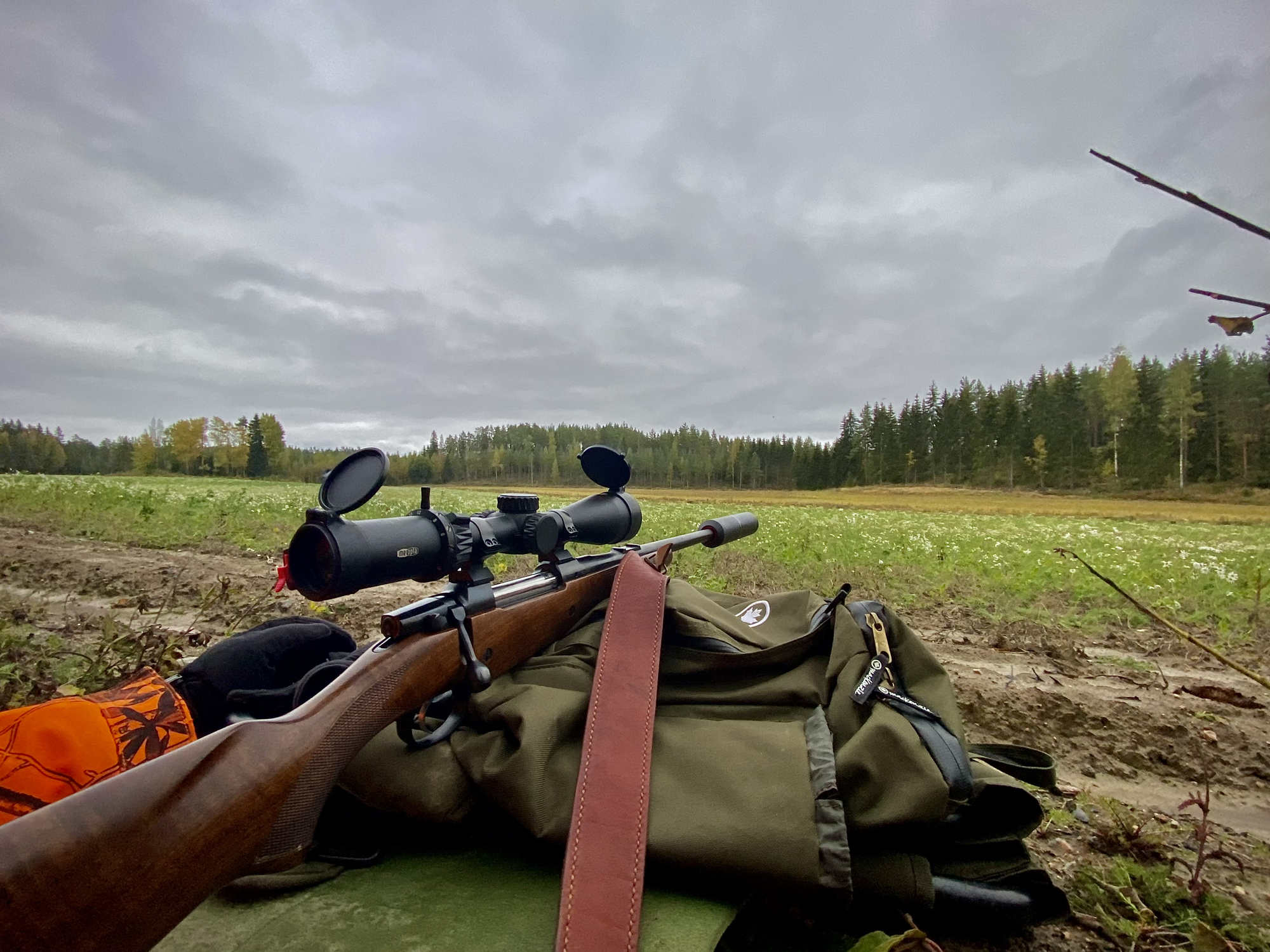 To see a World in a Grain of Sand And a Heaven in a Wild Flower
Hold Infinity in the palm of your hand And Eternity in an hour
-William Blake-
0 · Share on TwitterShare on Facebook
Sign In or Register to comment.