Zee Senior MemberPosts: 27,568 Senior Member
October 2021 in Hunting #1
Target of opportunity presented itself yesterday. This tall spike was on the hit list. Was hoping to get him with a handgun, but a bird in the hand……
He came off a hill while I was out and about in the Kubota. Had my Ruger American Ranch Rifle with me. Aimed in and waited for a broadside shot without a leg in the way. Had to track him in the scope for a bit and then he stopped to take a leak.
So, I sent a .223 Remington 64gr Speer Gold Dot across 77 yards and into his chest. He hunched up and ran to his right. No physical indication of where I’d hit him at first. Then, he started to stumble a little after about 40-50 yards. Then, he stopped and did the wide leg stance for a second, and fell over. On the ground, he flopped around a few seconds. Lifting his head and trying to get up, he finally succumbed to the shot.
Curious as to whether he left a blood trail, I went to the site of the shot. Easy to find………he left a puddle. But, as usual when using a .223 Rem and a bonded bullet, no blood. I walked the route he took and never did find any visible blood. I didn’t look very hard as I knew where he was. I was just curious. Here might have been a few drops, but he’d have been hard to track in thick brush. Unless he left high sign. 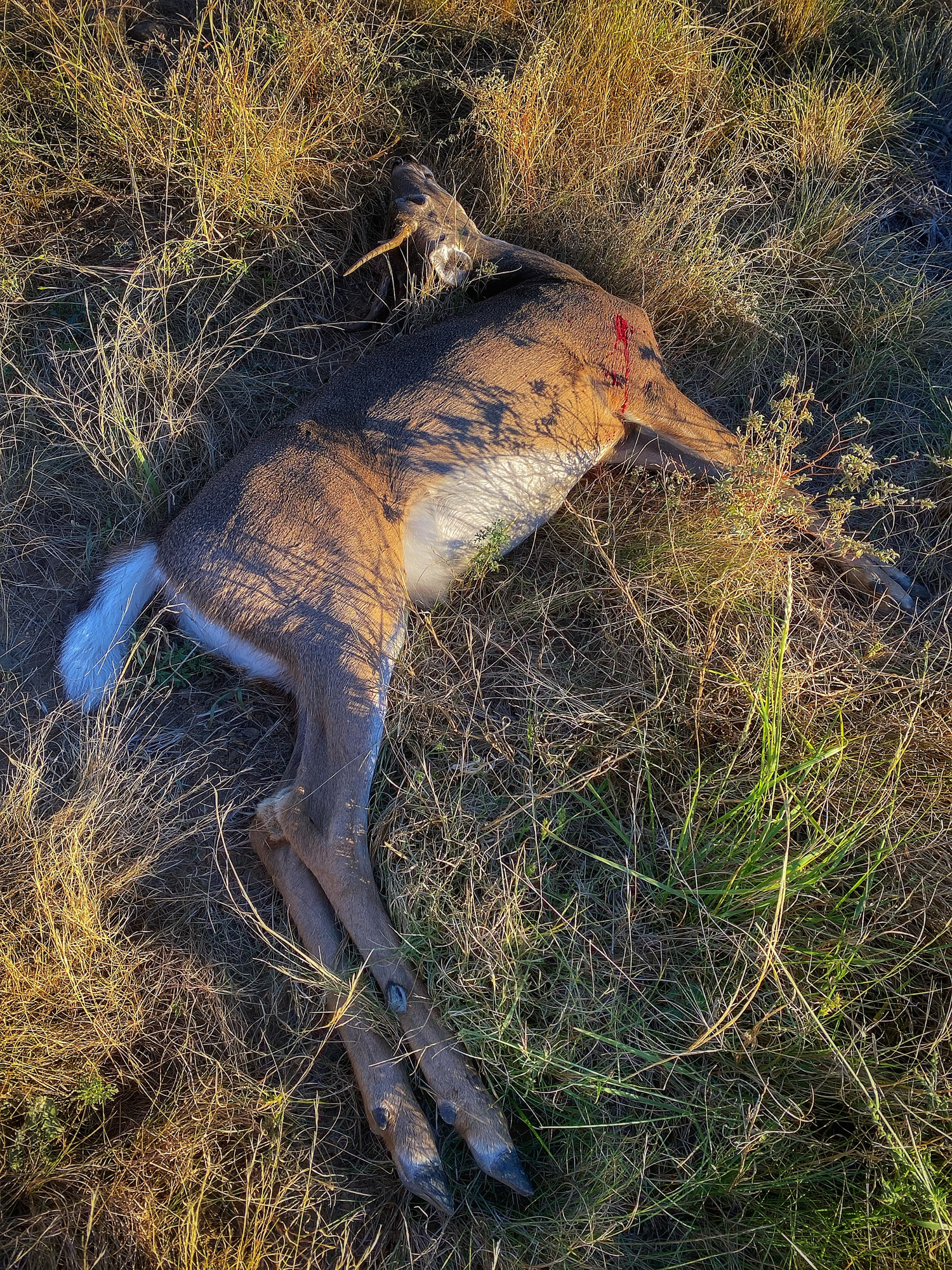 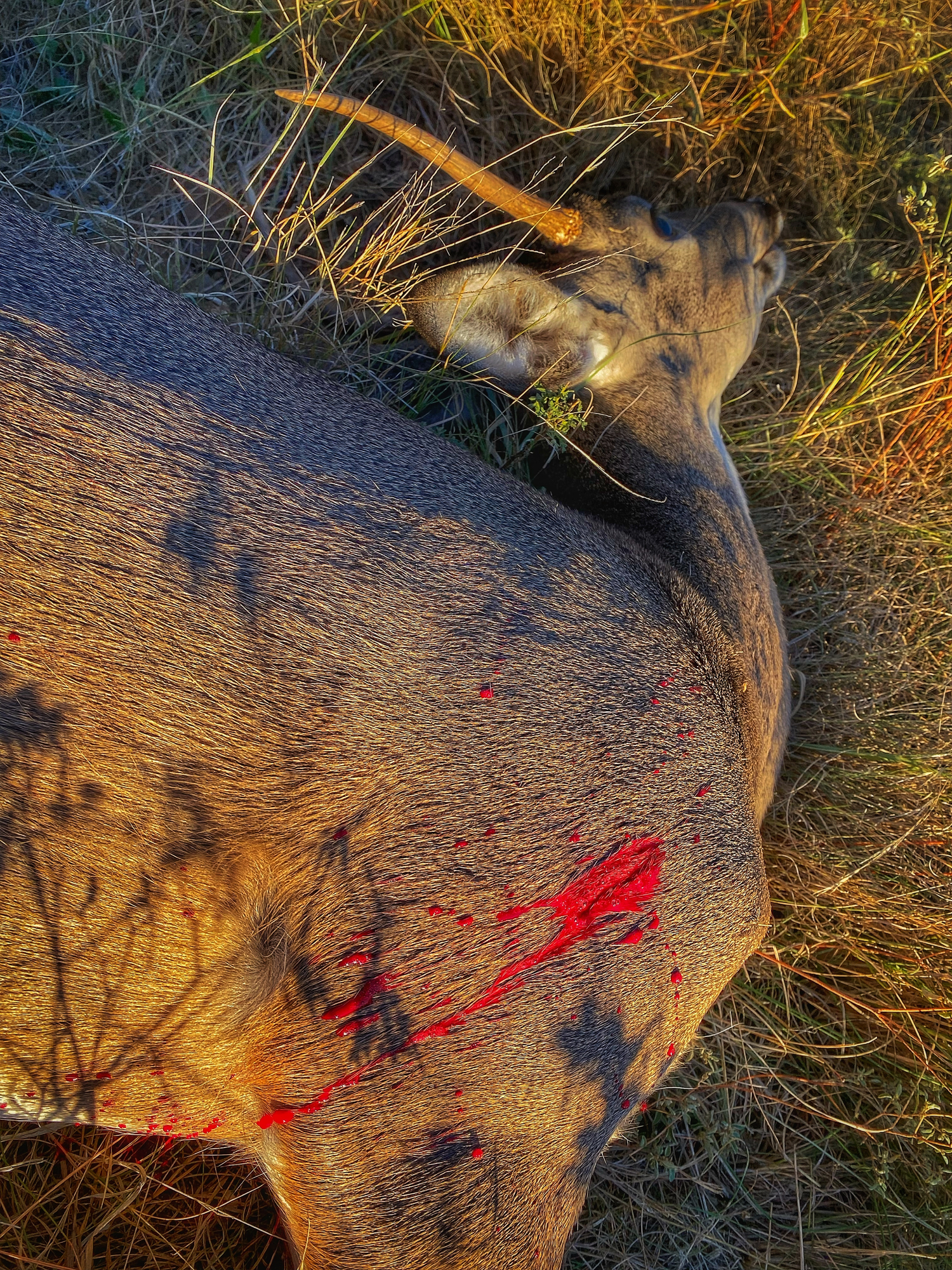 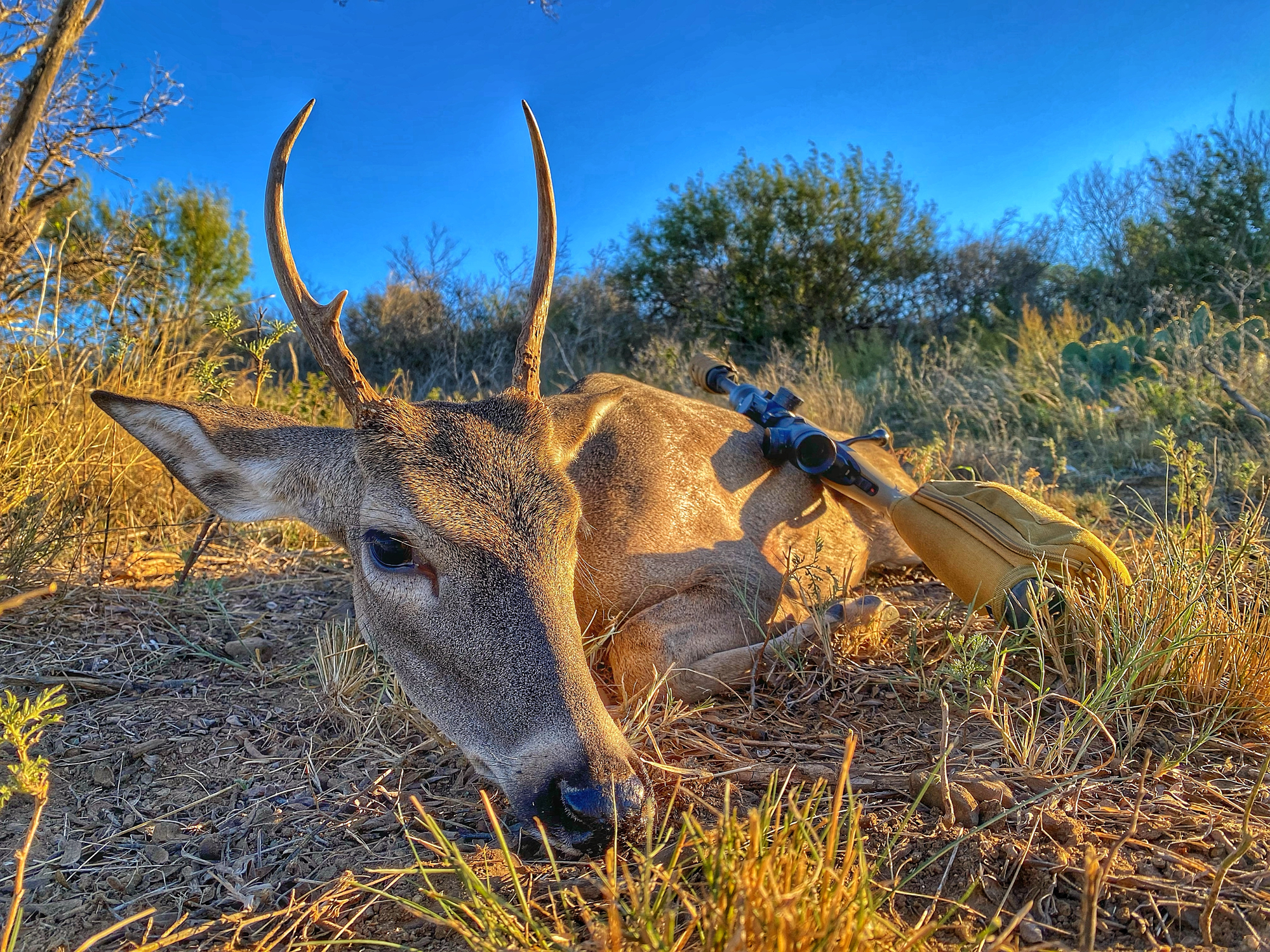 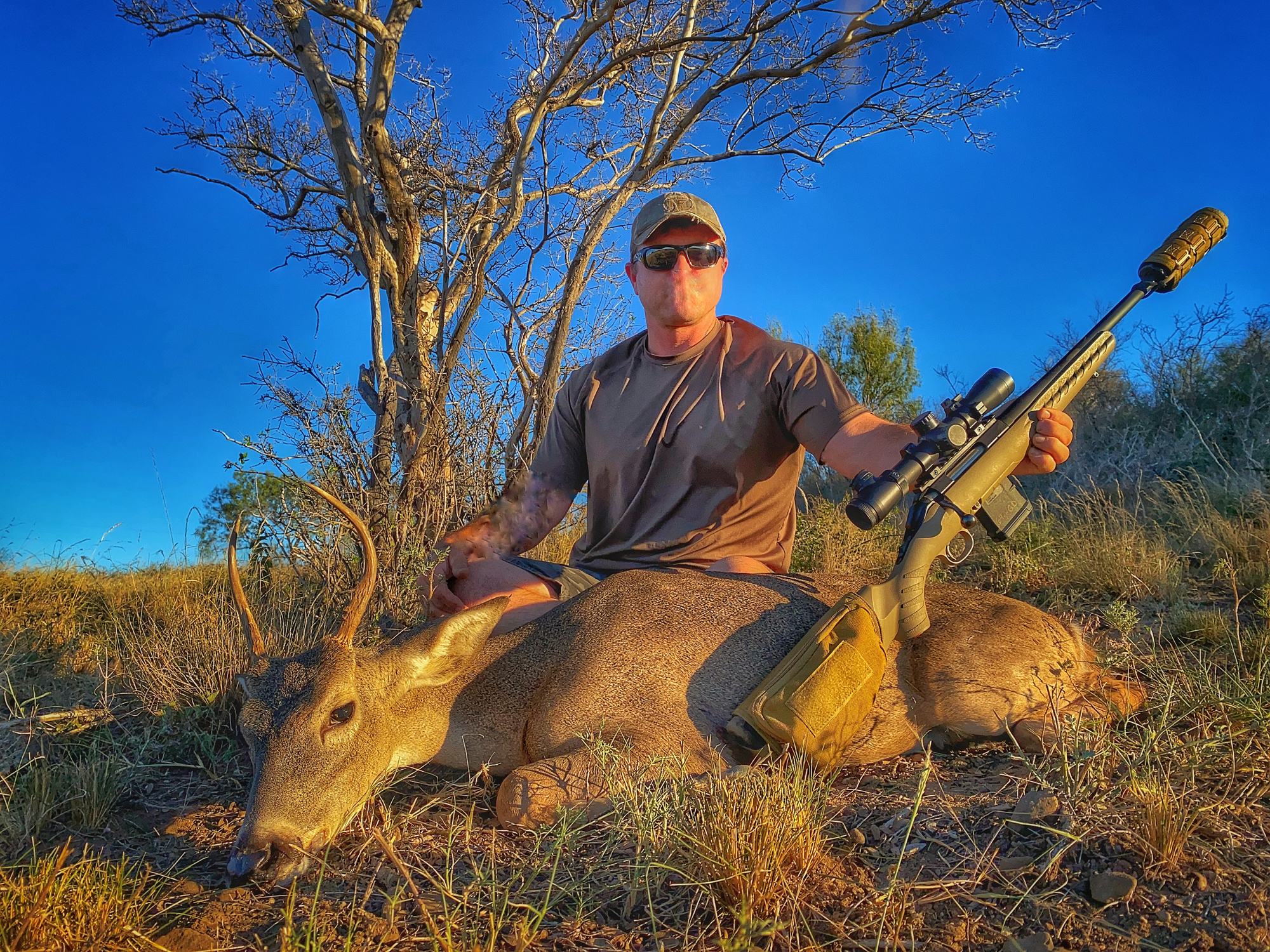 I really do like that rifle. Very handy and practical. I carry one Mag in the gun and one in the cheek-rest pocket.
64gr Speer
55gr Dogtown
The have the relative same POA other than the Varmint round striking 1” high at 100 yards. Which is perfect. So, whatever the task, small or medium game, it’s ready. 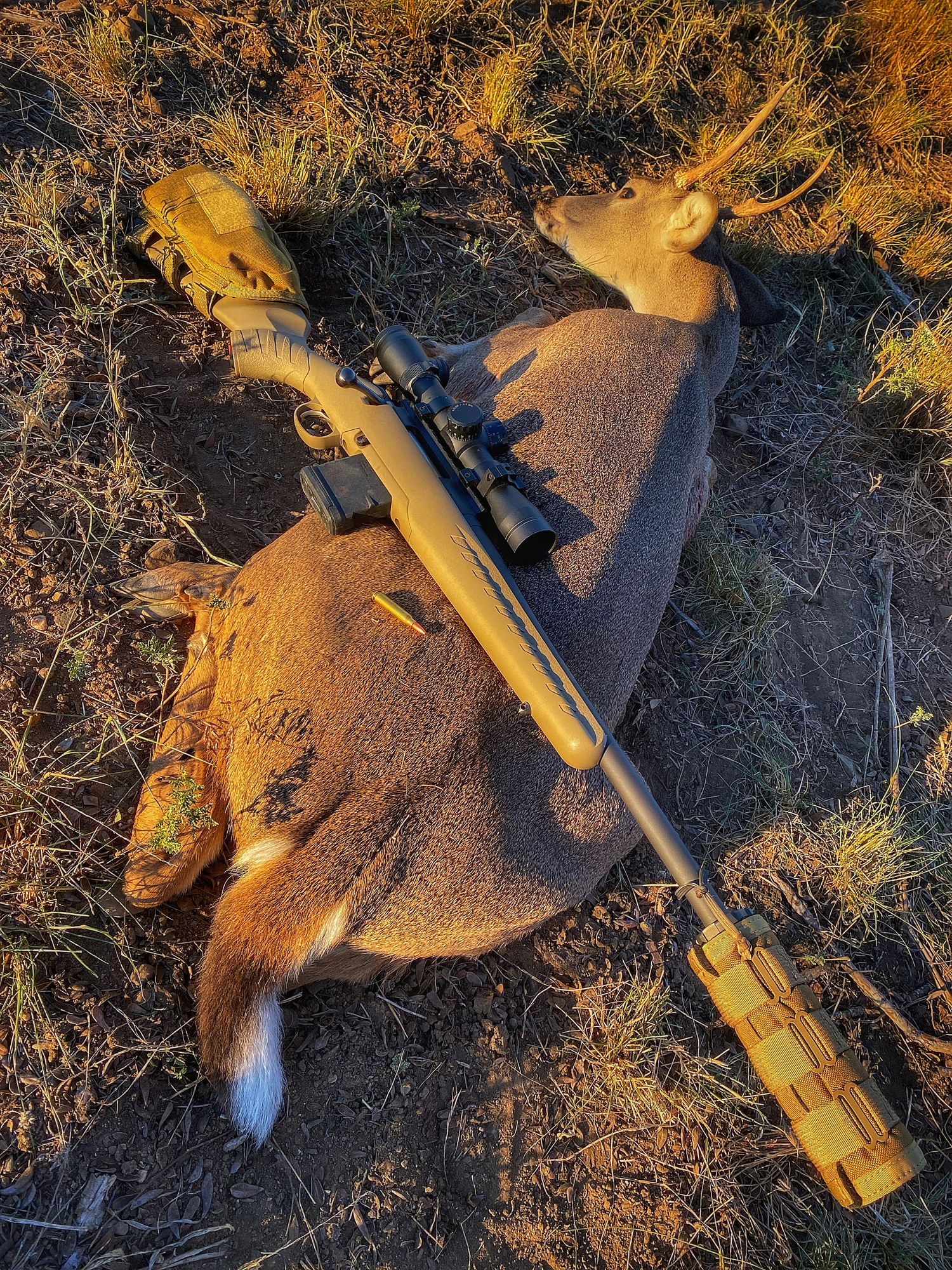 The 64gr Gold Dot continues to perform and penetrate. 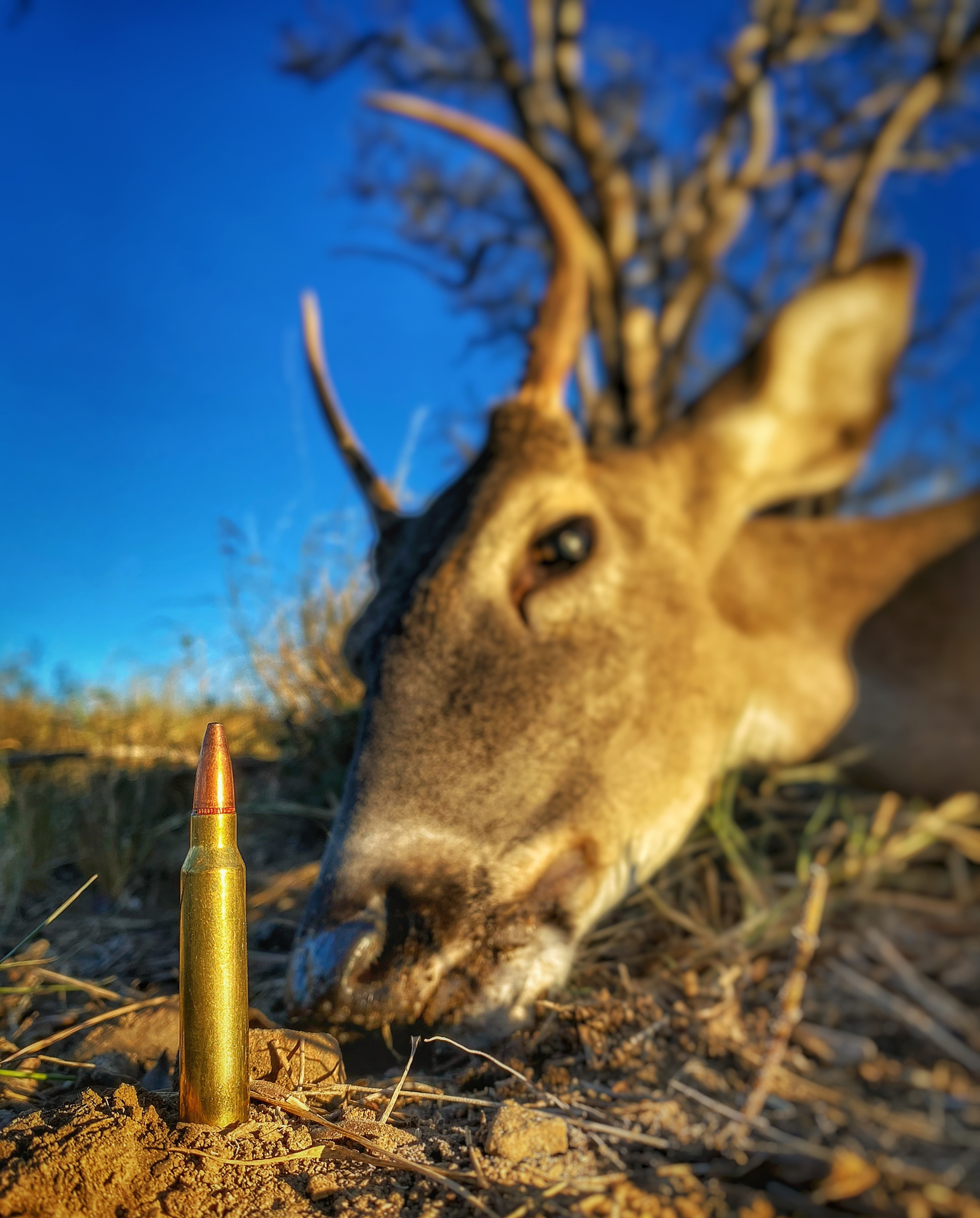 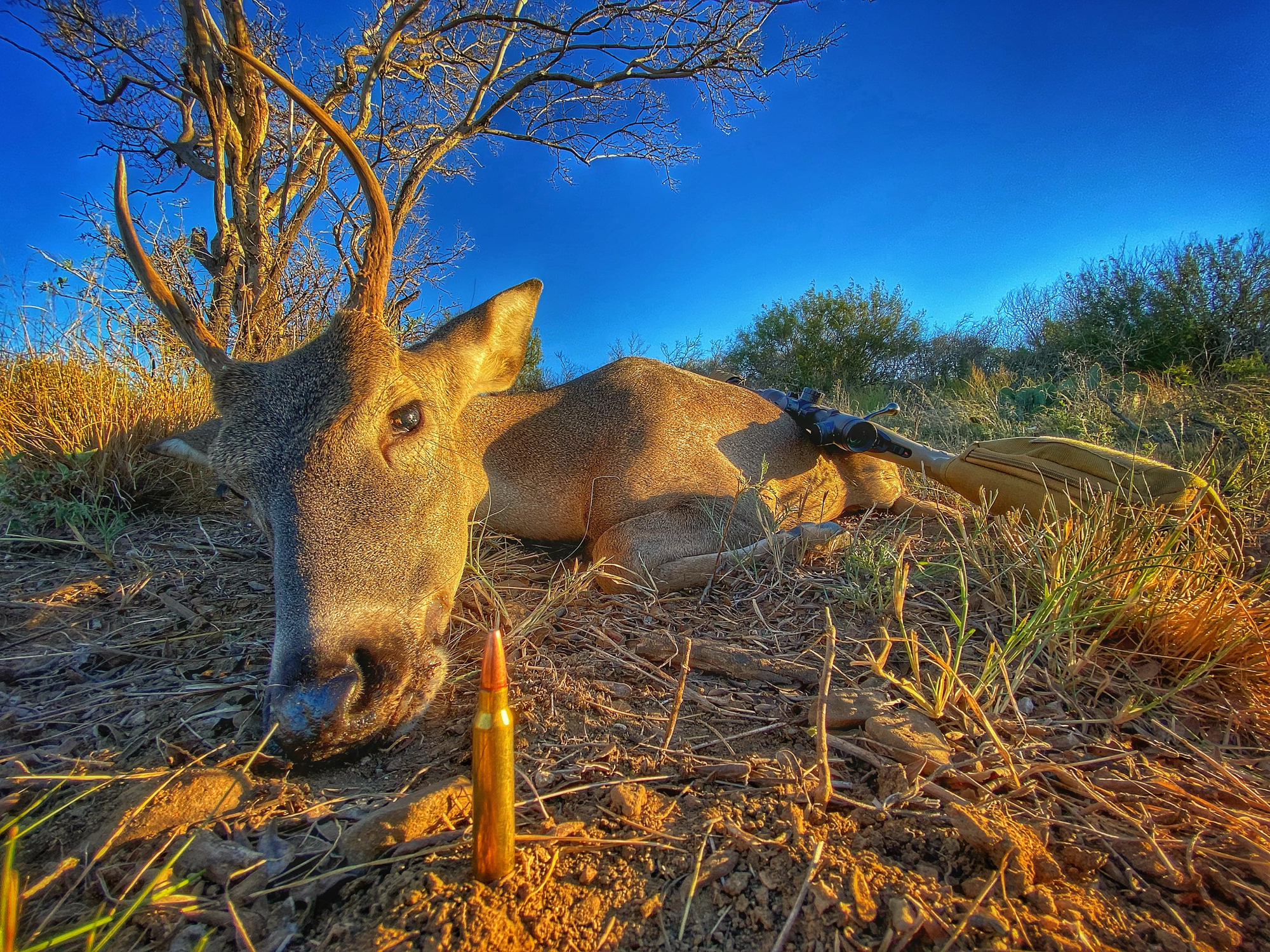 Loaded him up, took him to the barn and gutted him. I had more chores to finish. 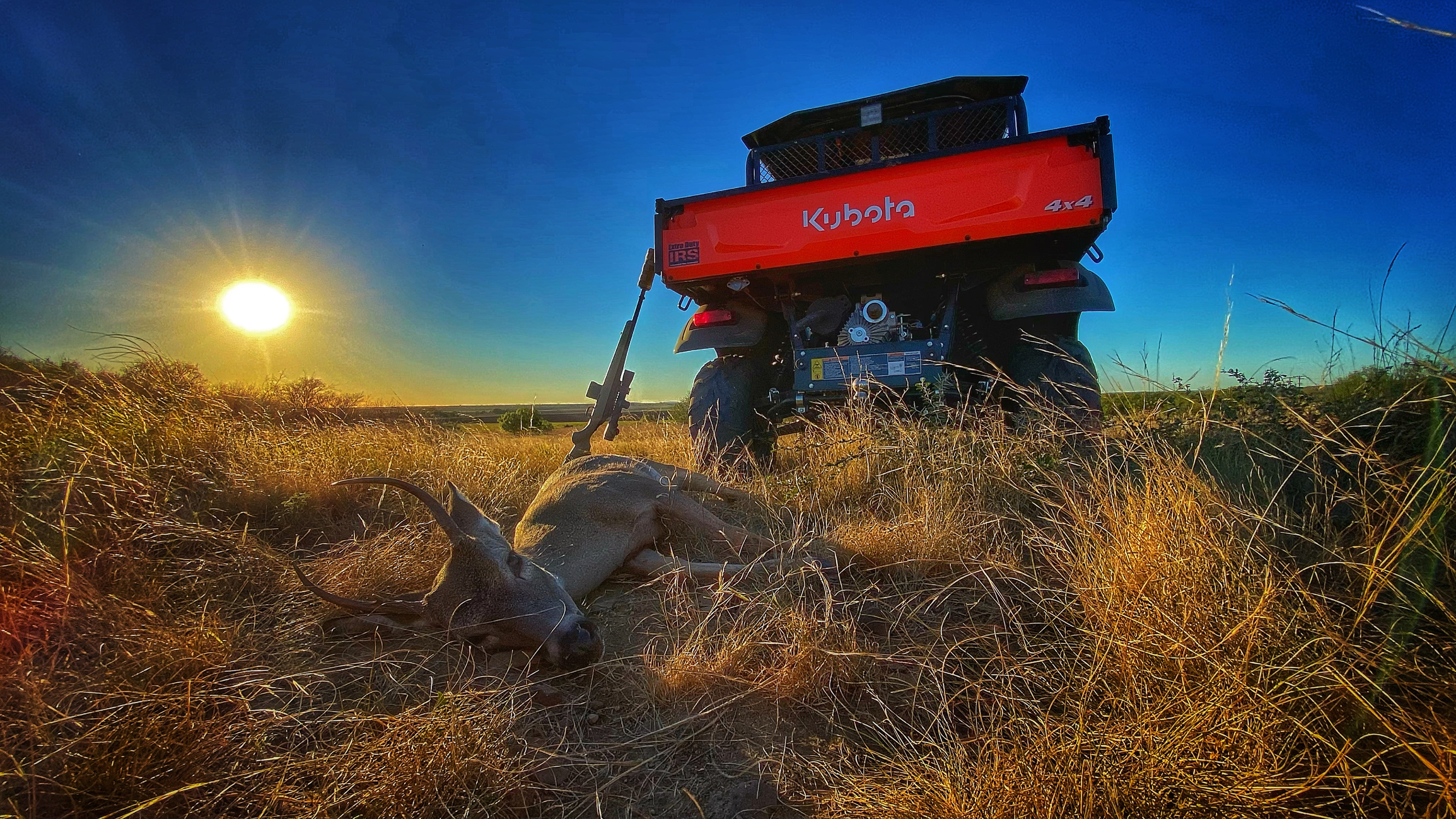