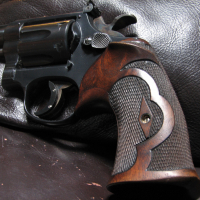 It's a John & Matthew Browning design....hows that Zee ?

A Winchester pump model 1890
Chambered in 22 Long
That was probably the key to me getting it.


I saw it while picking up that S&W model 19.
I asked about it and was told the guy who brought it in said it wasn't working.

We checked it out and the lifter seemed fine. He said if I wanted it the parts were worth around 300.

I bit...put it in the closet.
I Picked it up today and headed straight to the range.
Well not exactly straight there were turns along the way.

At the range I couldn't get it to feed. Bummer.
I did shoot it single shots at a time and it was dead on.

Got it home took it somewhat apart cleaned it some oiled it some and actually read the 22 long.

Went in the ammo stash put some of those 22 Longs  in and voila. It picks me up and spits me out.

It's no safe queen but I'm liking finally having a pump 22.
Pretty dainty pump on it too. 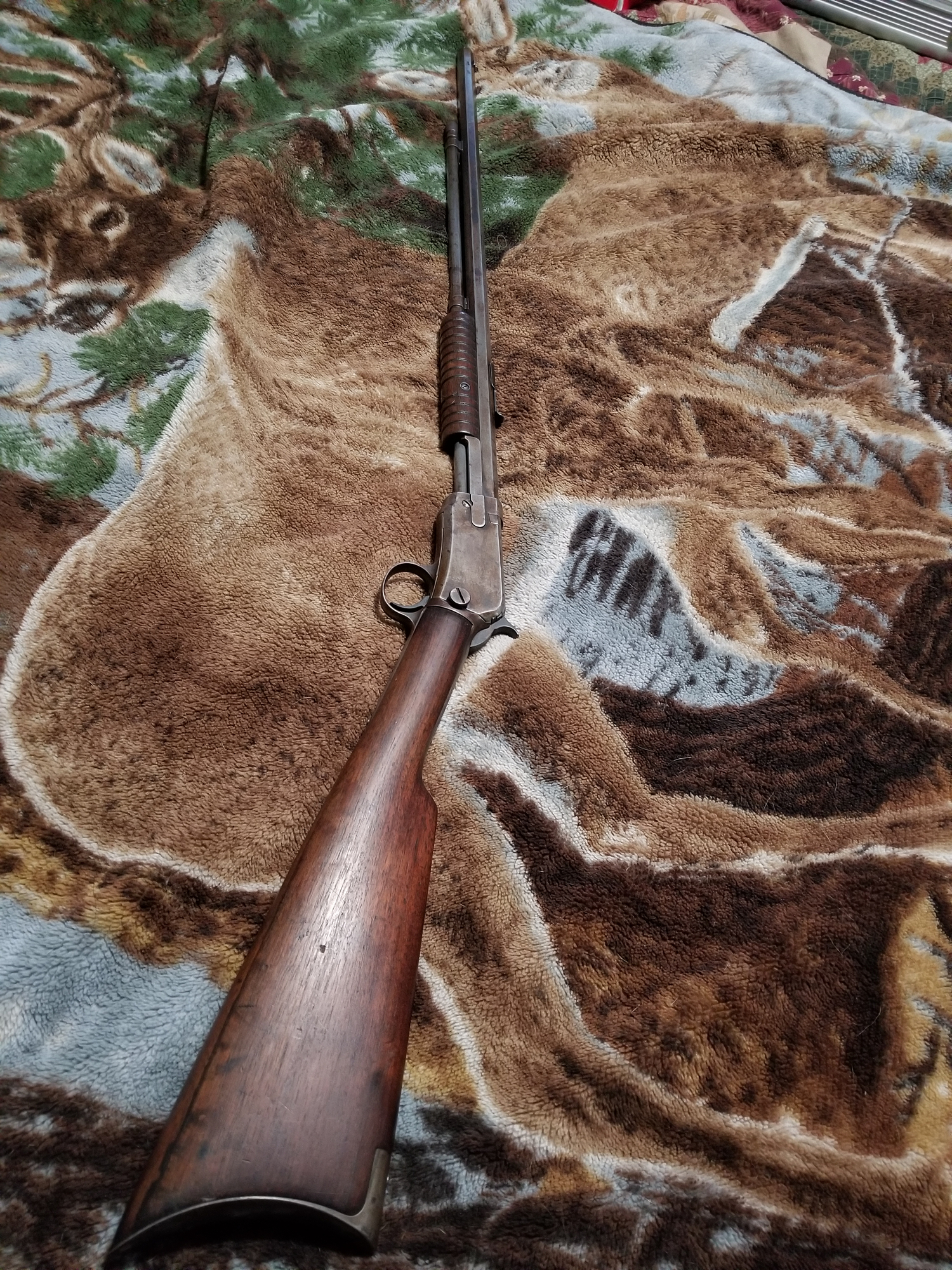 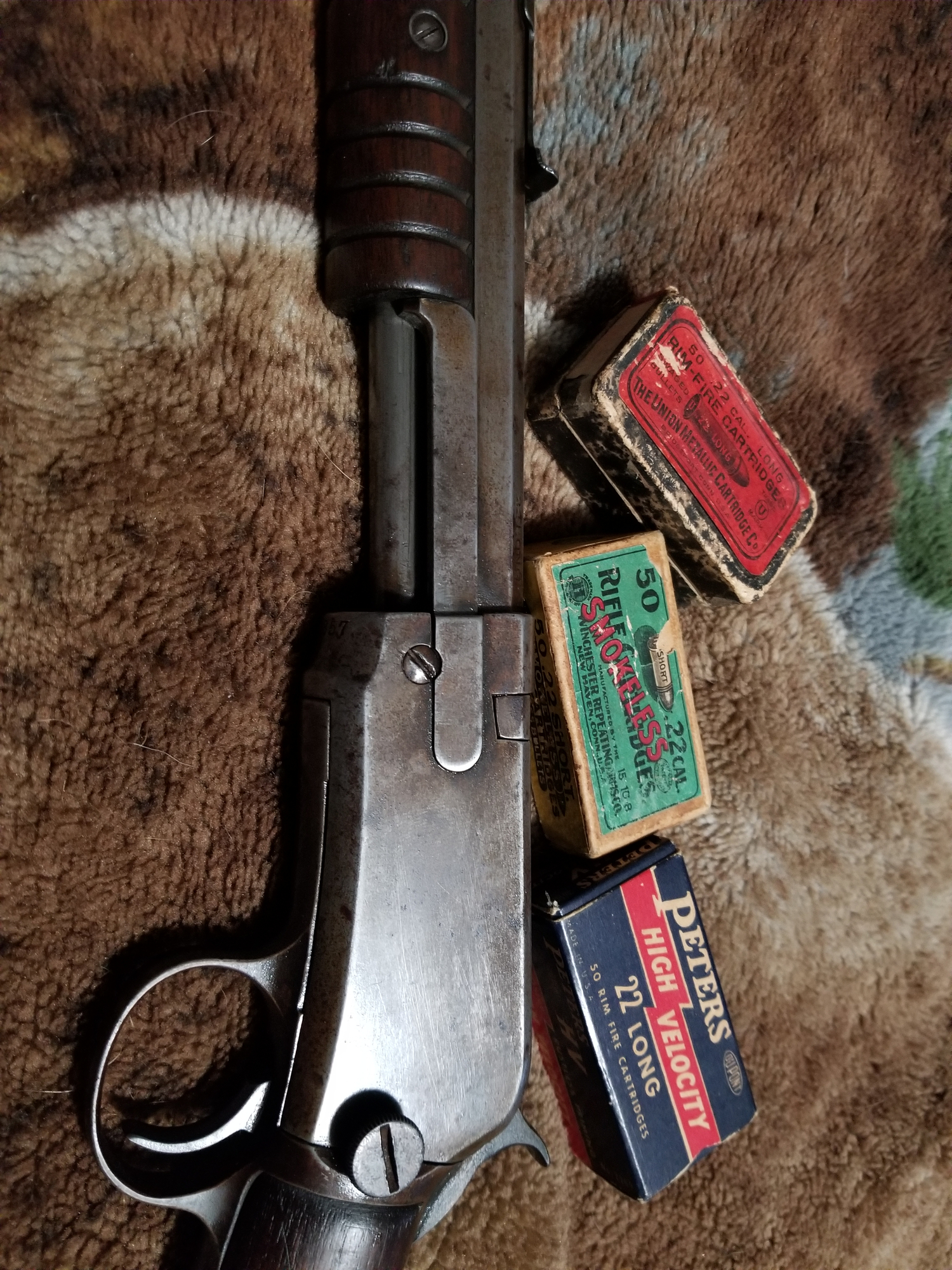 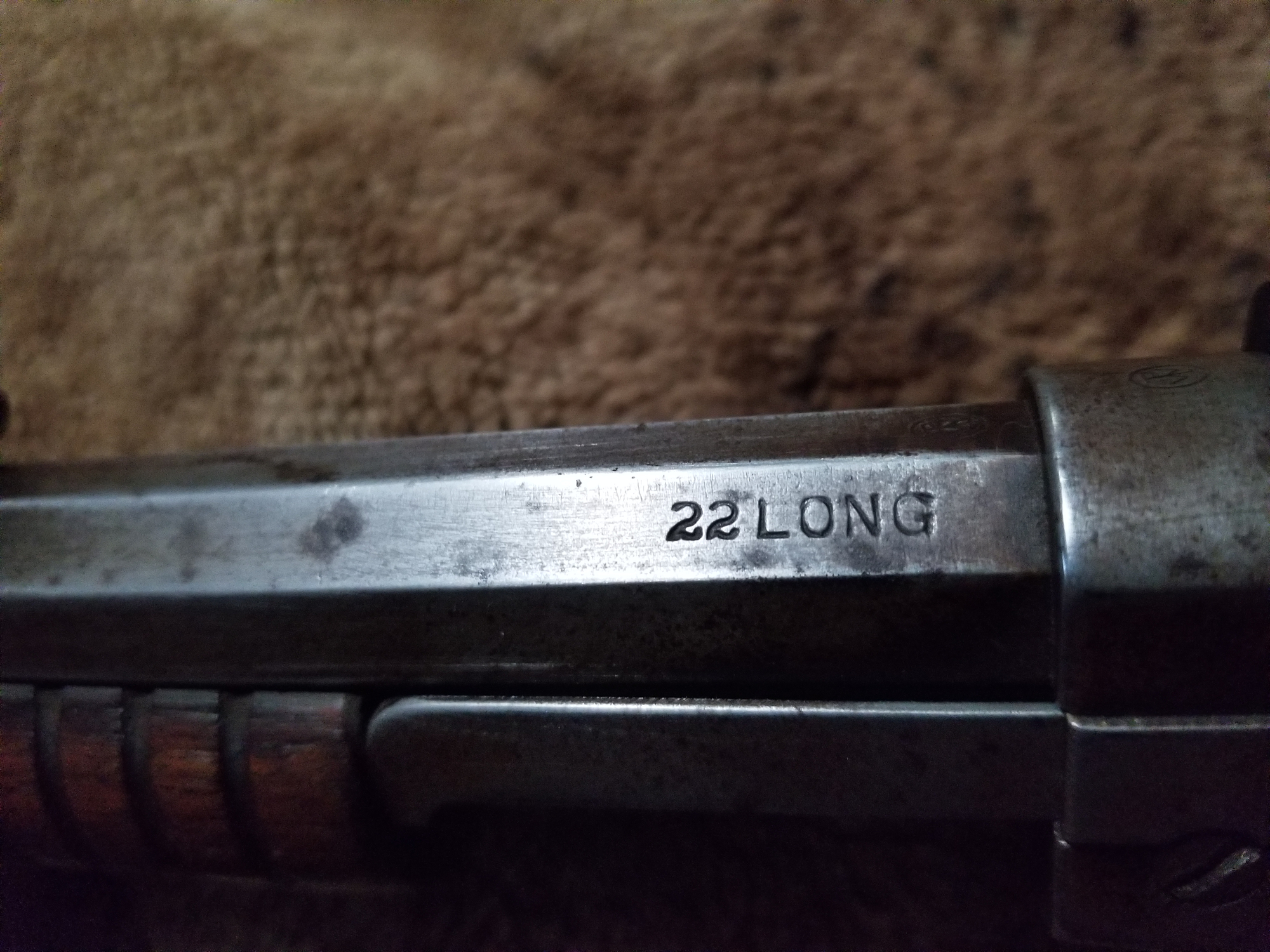