Ernie Bishop Senior MemberPosts: 8,527 Senior Member
March 1 in Hunting #1
I knew I wanted to take at least one revolver with me when I went down to Zee’s place. The 357 Magnum is an instant grab for me for deer, but I considered a couple of 44 Magnum‘s for a while. They didn’t make the cut.
If, you would’ve asked me 10 years ago, if the 357 magnum be my favorite deer revolver cartridge, my response would’ve been, “No.”
I was planning on bringing a five shot BFR revolver down.
When I went out to Chuck’s place, to get it zeroed and shoot steel at various distances, I absolutely hated the small Bisley grip.  For hunting, I have fallen in love with Hogue’s Big Butt grips.
I have a customized (RAAP) Smith & Wesson 357 Magnum revolver, it is a N frame. BCG did the build, and it has a 10” custom barrel and a real nice trigger for hunting.
I grabbed one of my Leopold pistol scopes that had adjustable turrets, and I was off to the races to get a quick 50 yard zero before I headed south.
I decided to go to the easy route, and use some factory Hornady 158 XTP HP’s, which have worked so good for me in the past.
This revolver shoots good from the bench or from a field rest.
As I said on my first thread about my trip, I just simply missed an easy shot. The bad thing is I still can’t tell you what I did wrong. The majority of the time, I know where the shot went, or if I made a bad shot. I was tired, but that’s not an excuse.
My assumption is that I anticipated recoil and flinched downward, that is the only reasonable explanation I have. It is possible, that I heeled it, and shot high, but the first is my best guess.
At first, I thought I had hit her and I kept waiting for her to falter and go down but she didn’t, she’s kept going away from us.
After spending a good bit of time looking for blood and searching for her, we both came to the conclusion that I simply missed.
The following day, things were better. We spent some time at 50 yards on steel and the revolver was shooting just fine for both of us.
Later that afternoon another doe fell (under 50 yard shot).
She went down about 60 yards from the shot, if I remember correctly. 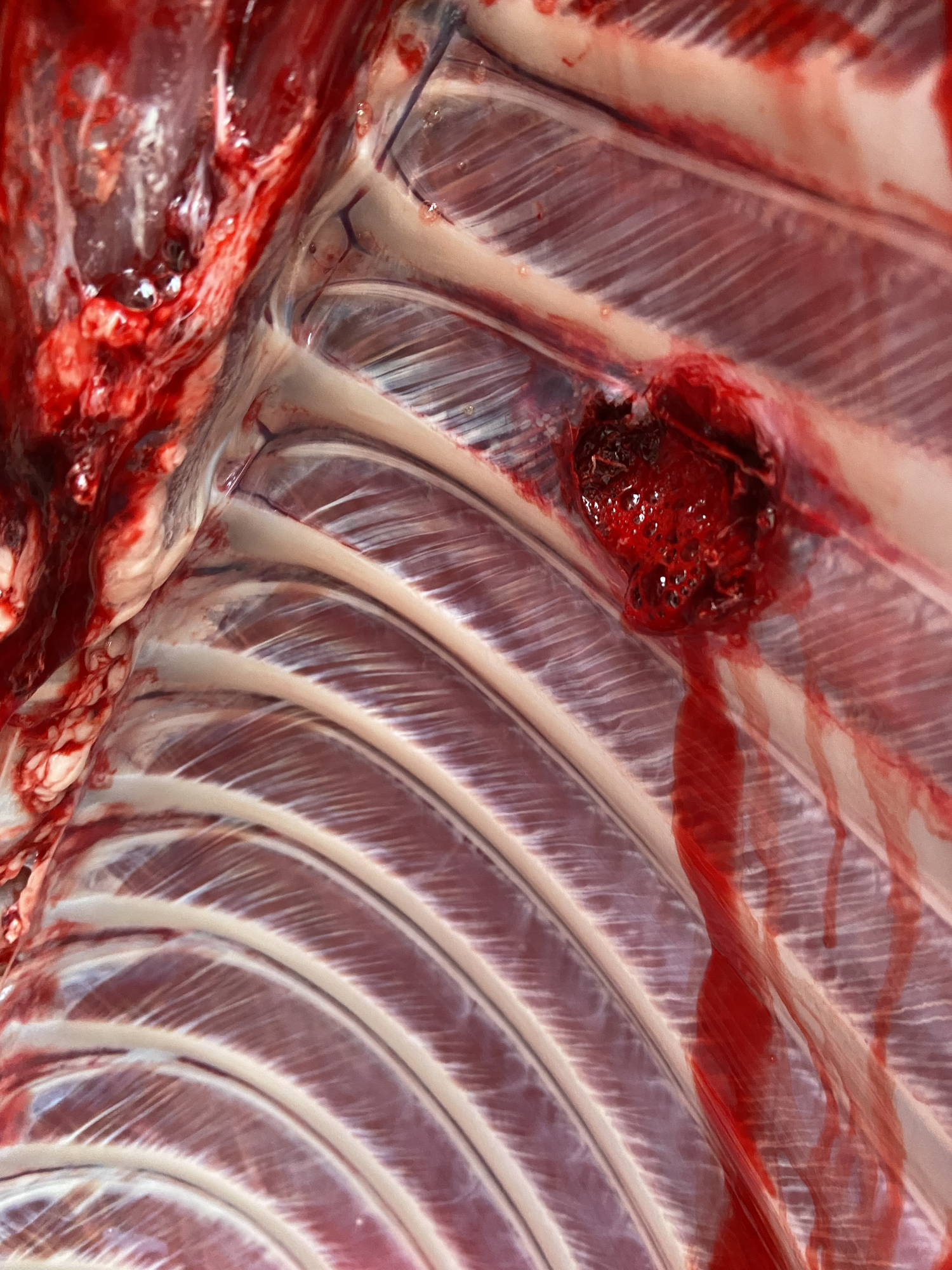 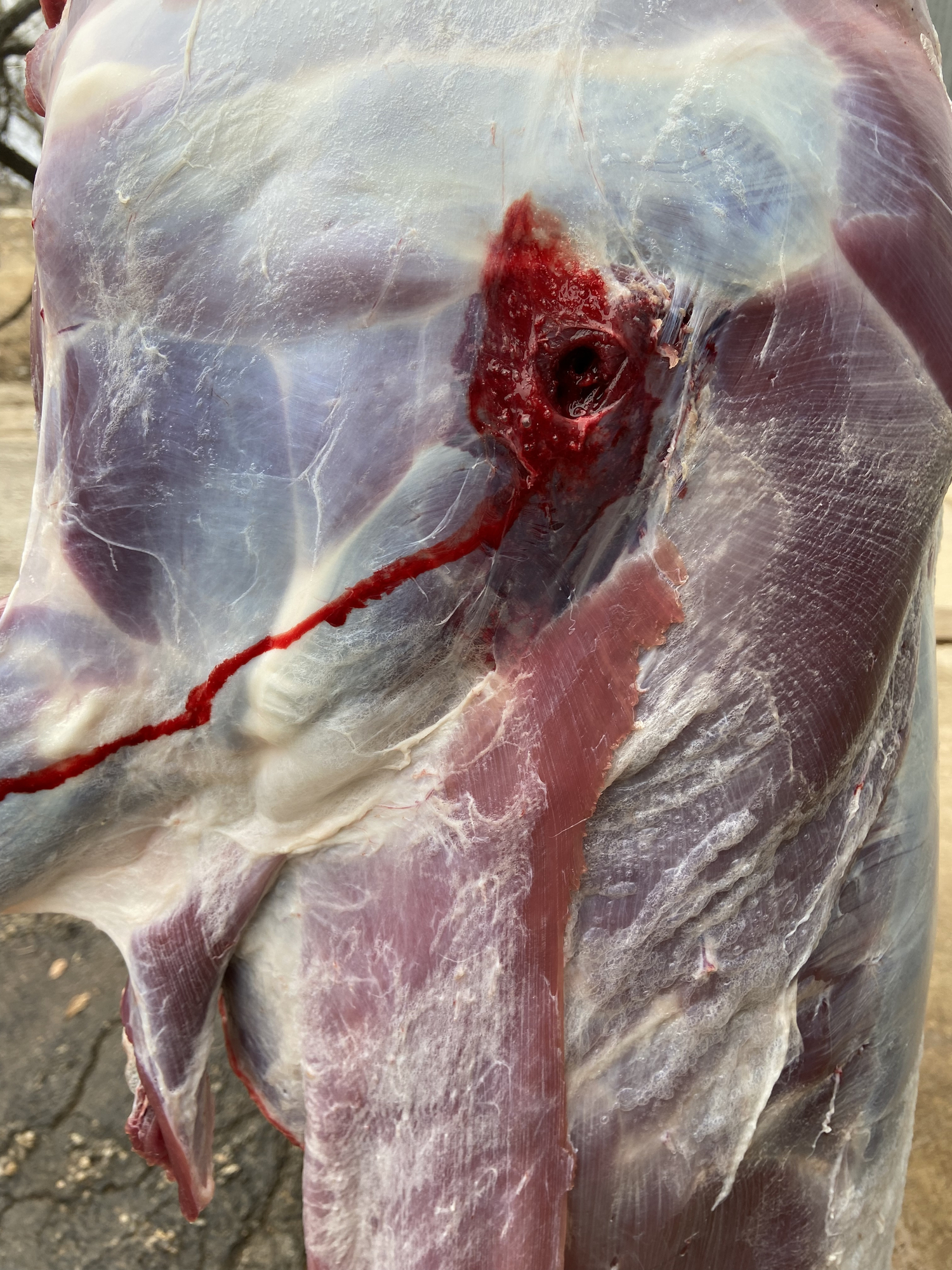 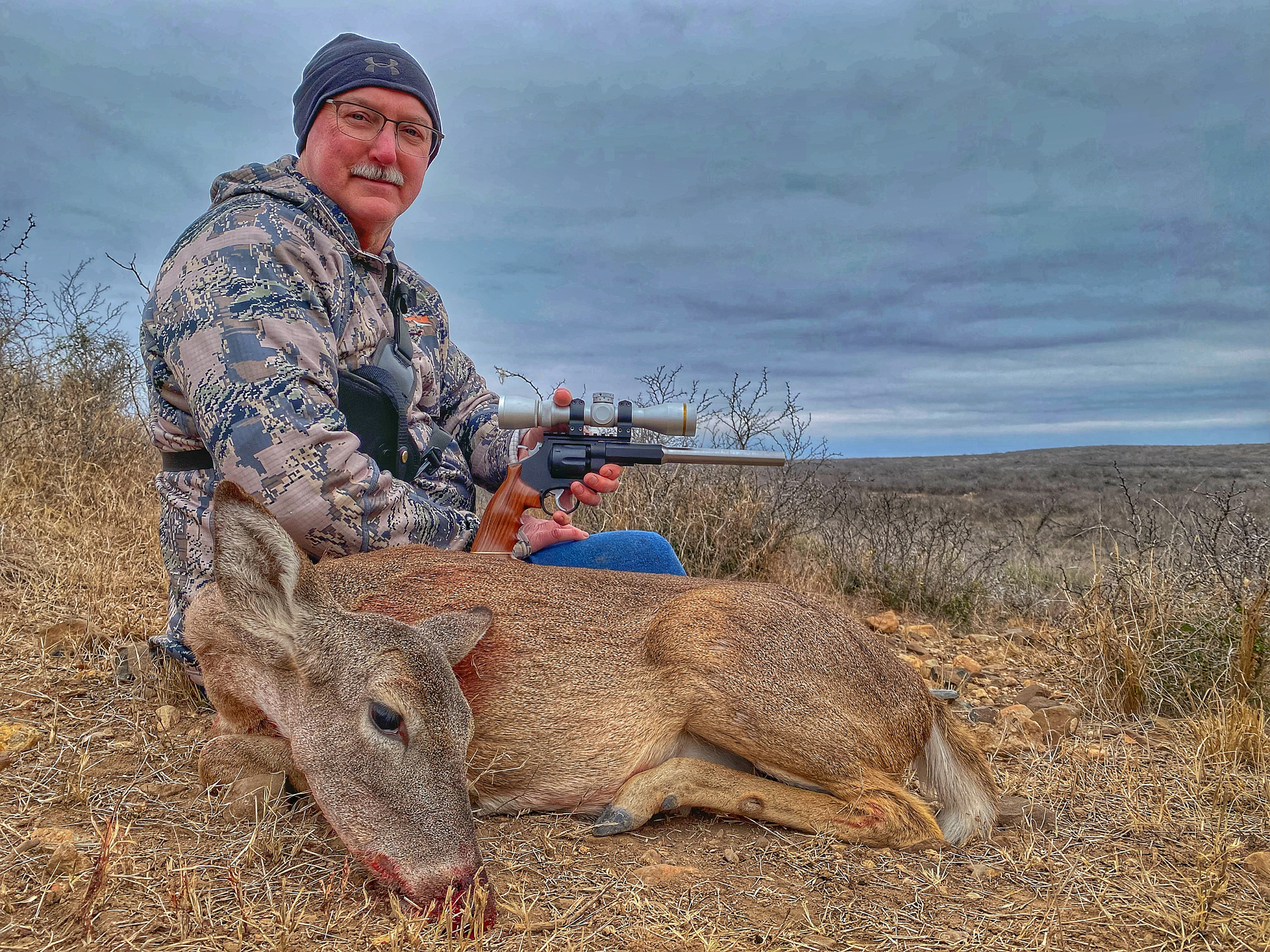 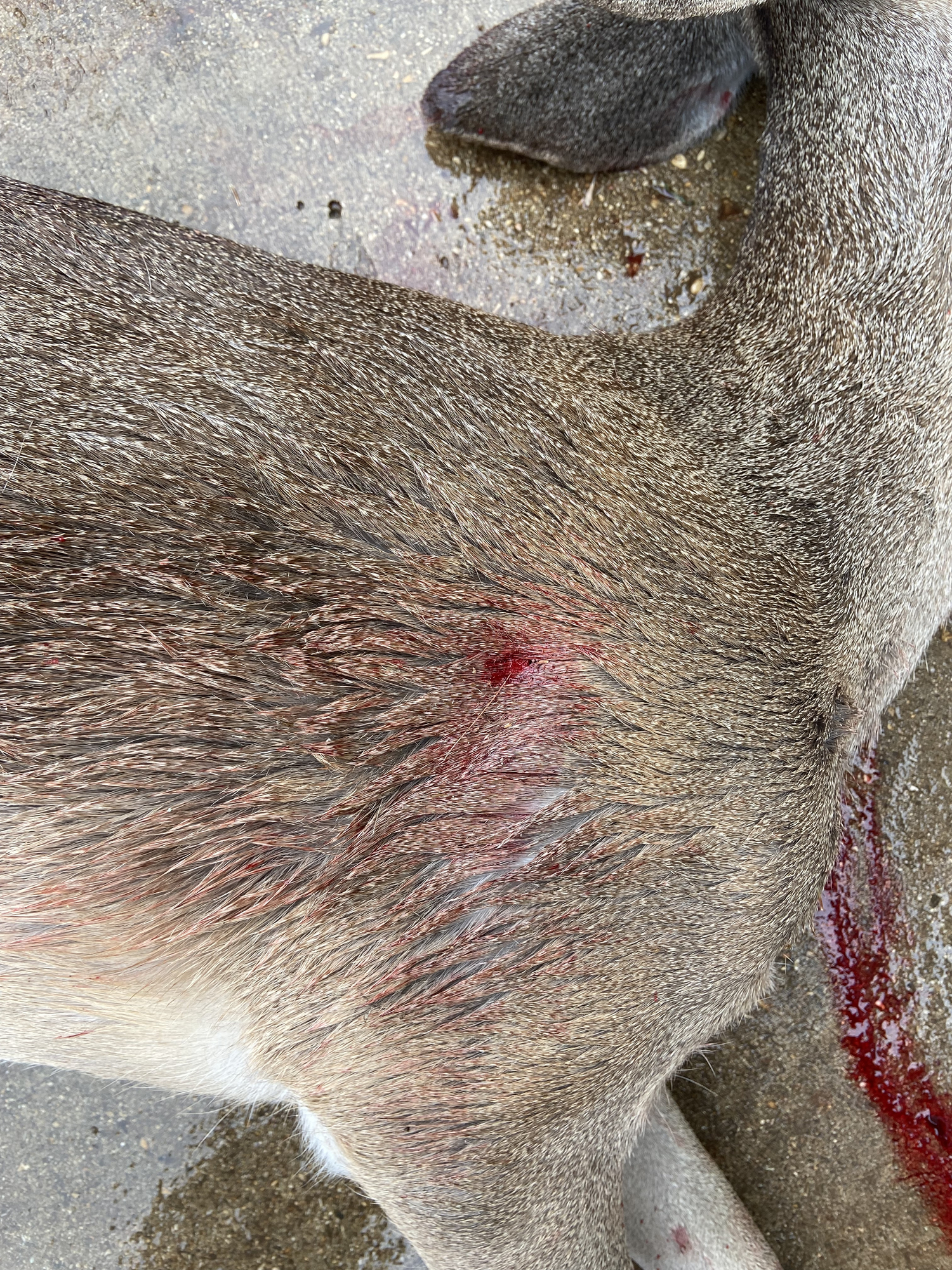