I finally own a Tikka Rifle again!

Zee Senior MemberPosts: 27,562 Senior Member
March 3 edited March 3 in Hunting #1
Years ago, I sold my Tikka T3 Lite Stainless in .338 Win Mag. A poor decision on my part. Ever since, I’ve wanted another Tikka Rifle. Just never found the model/chambering combo I wanted.
Fast forward many years and Ernie offered to sell me his Tikka in 6.5x55 Swedish with a catch……..it’s left handed.
Hell yeah!  I can shoot left handed. Or right. No matter!  We decided to wait until he came down to hunt. Causing me into impatiently wait many months. But, it finally came.
I had one week left in the MLD-Permit season and had some monolithic bullets to terminal performance test for a new bullet company.
So, Ernie and I quickly threw together a SWAG load and hit the range. 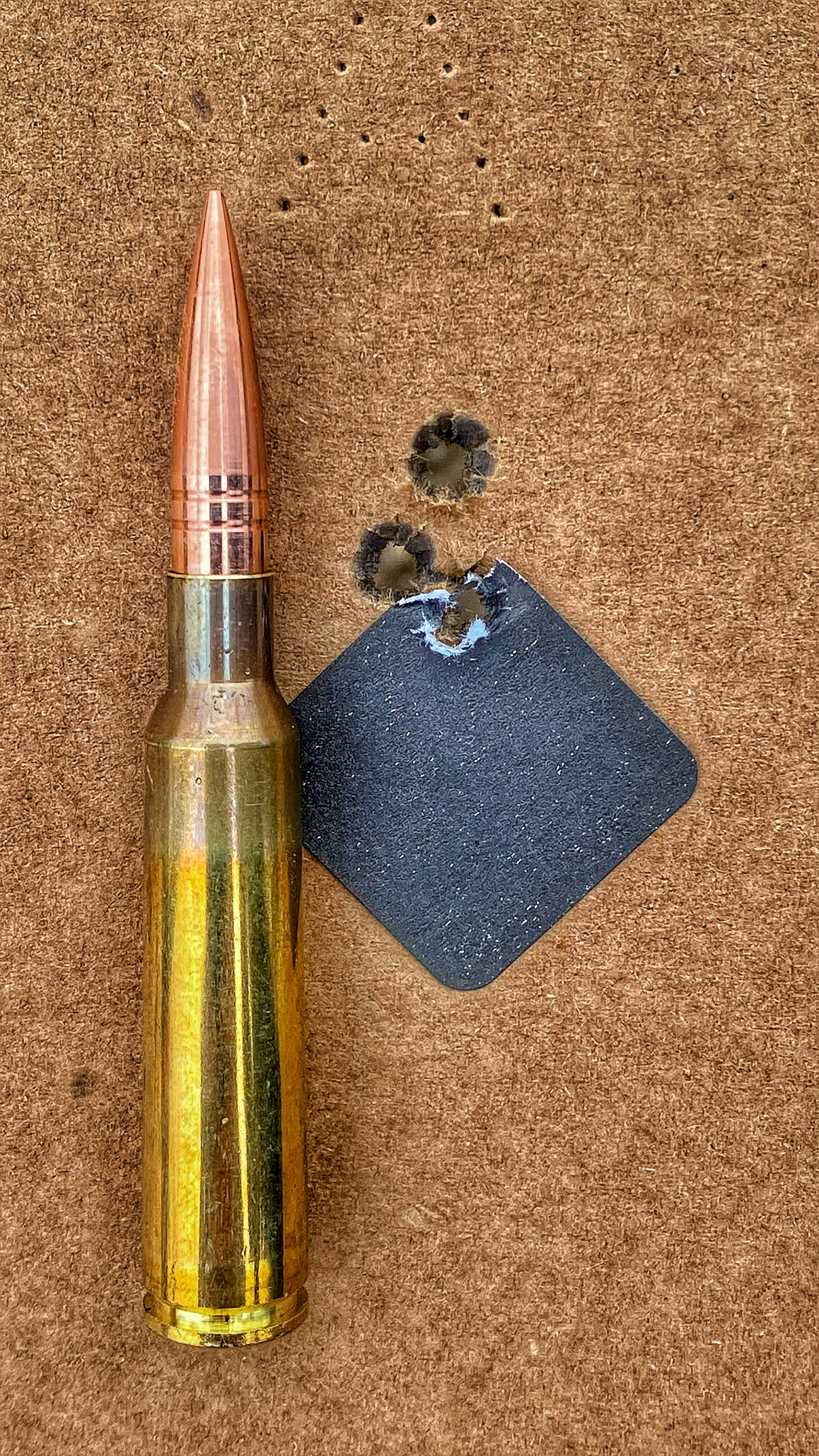 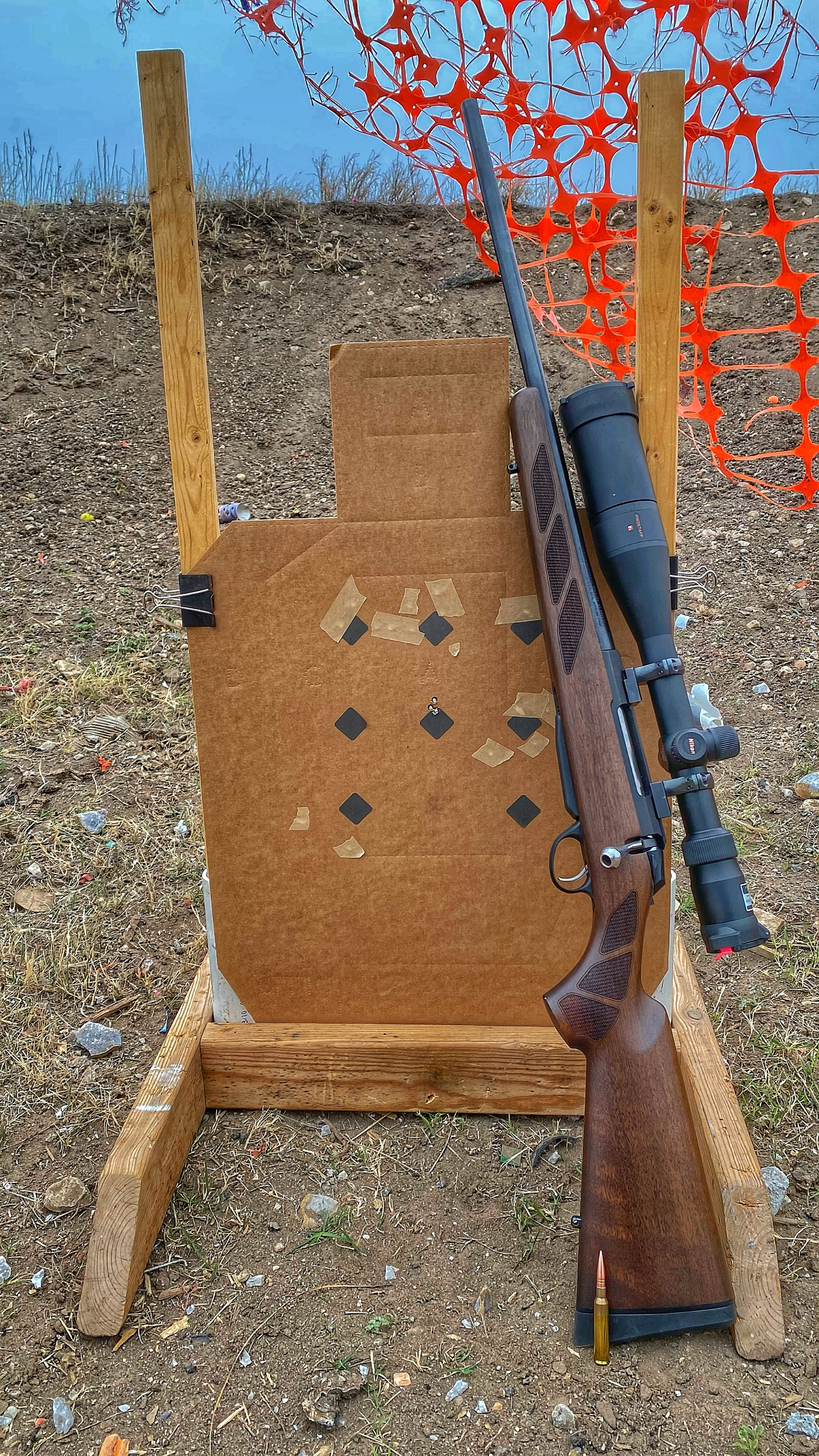 I love Tikka Rifles!!!  That would do for a throw together load. Now to kill a deer and test the bullet.
Well, long story short, that bullet design didn’t work. I hit her twice. Once at 150 quartering towards (which I couldn’t tell) and between the angle and the trigger catching me by surprise in the awkward shooting position and rapid shot…..the shot caught the back of the on side lung and liver. She ran and I hit her again behind the shoulders on a broadside shot at 200 yards. She still didn’t die. Running further and then eventually laying down at the edge of brush with her head up in failing light…….by the time I snuck up on her with a .223 Rem, she had expired. 5 minutes after the initial shot. 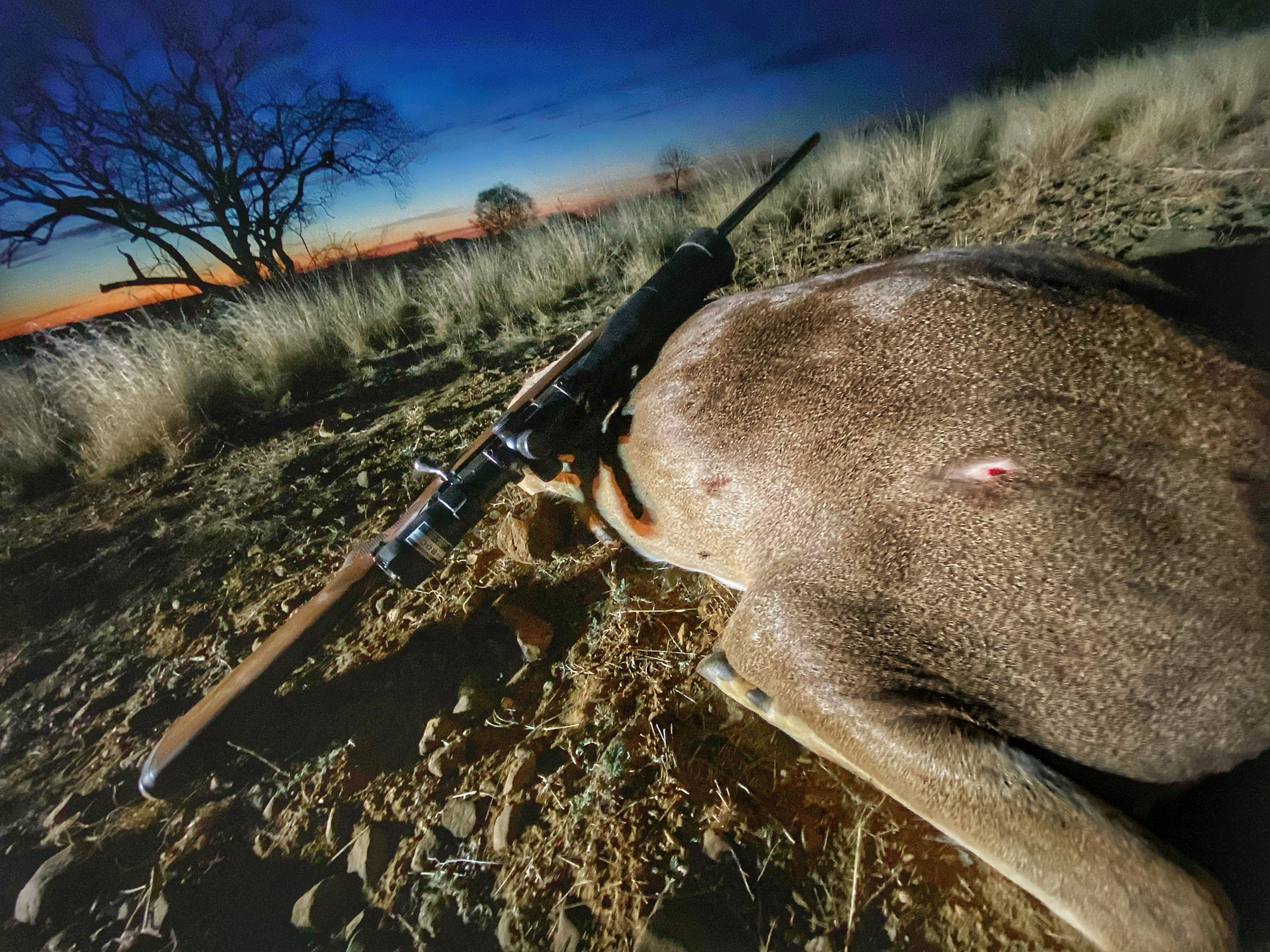 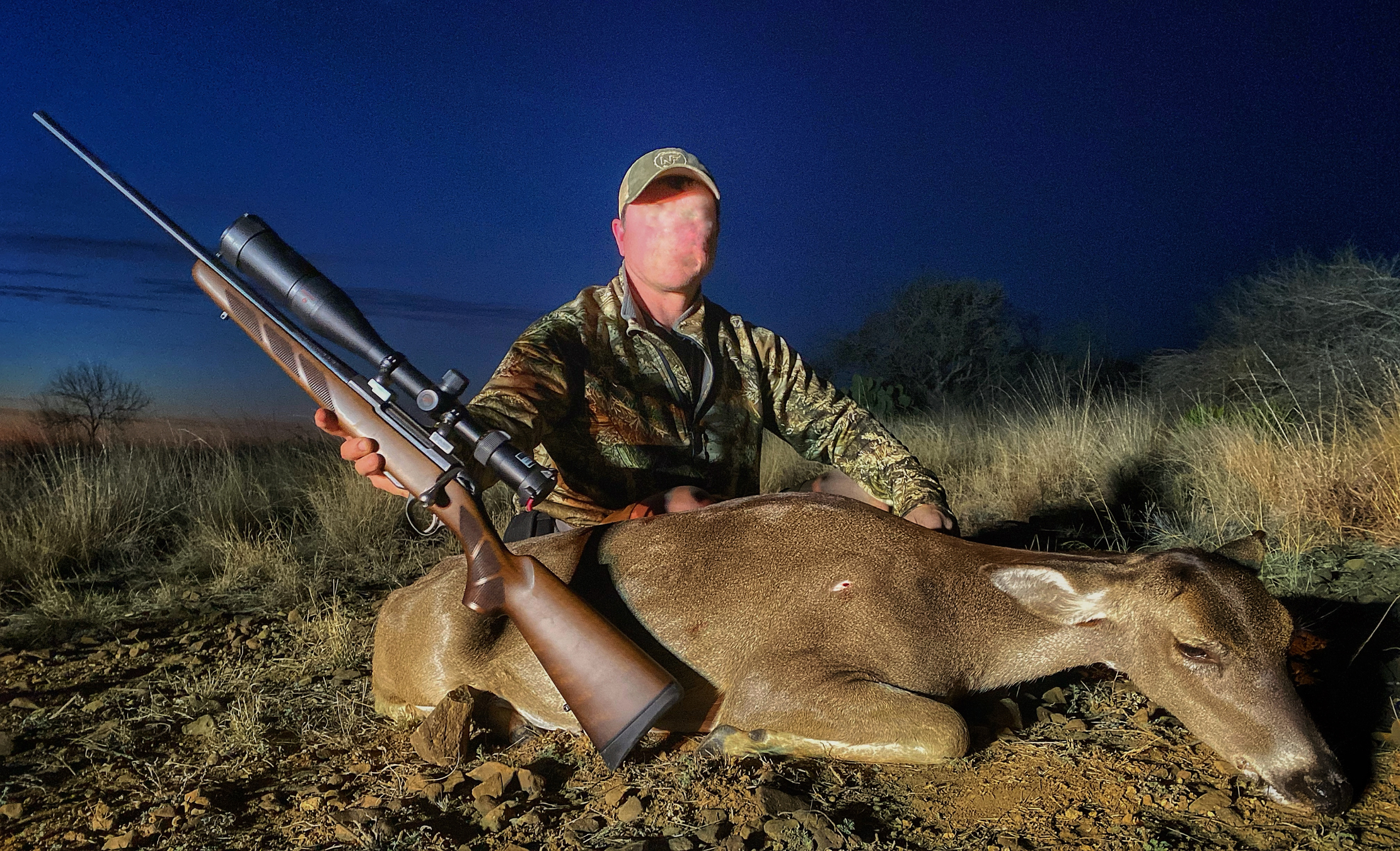 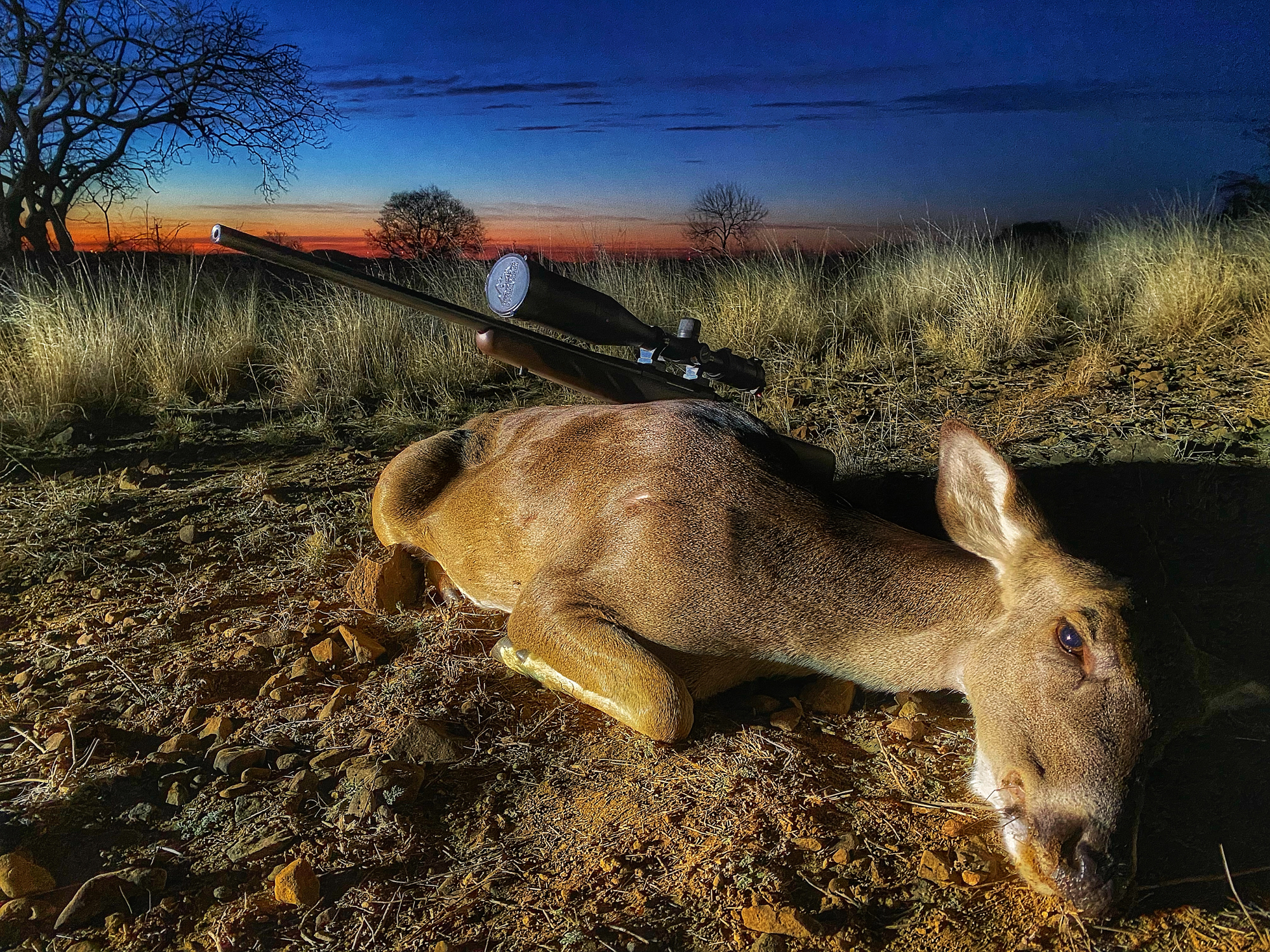 The hole you see is the exit from my second shot. Both rounds penciled through like an ice pick doing virtually no damage. At least, not enough for a quick demise.
So, the rifle did well. The bullets are going back for redesign. And I have a Tikka again.
"To Hell with efficiency, it's performance we want!" - Elmer Keith
1 · Share on TwitterShare on Facebook
«12»