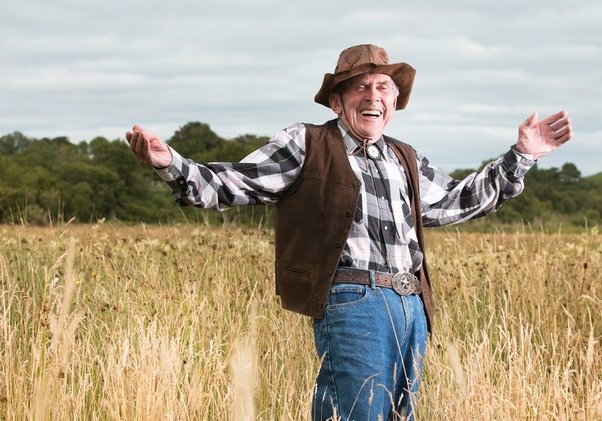 Jack is a cowboy working on a large ranch in a remote pasture in Wyoming.

The car stops and the driver is a young man in a Brioni suit, Gucci shoes, Ray-Ban sunglasses and YSL tie. He steps out of the car and says to the cowboy, “If I tell you exactly how many cows and calves you have in your herd, will you give me a calf?“

Jack looks at the man, who’s obviously a yuppie, he then looks at his peacefully grazing animals and responds calmly, “Sure, why not?“

The yuppie then whips out a very impressive iPhone Pro smartphone from his jacket pocket and begins to surf the NASA website. Simultaneously he uses the GPS satellite to get the exact coordinates of his location. He then feeds that back to Google Earth to capture a high-resolution image of this location.

The young man then opens the digital image in Photoshop and exports it to an image processing facility in Langley, Virginia.

Within seconds, he receives an email to his iPhone Pro to confirm that the image has been processed and the data captured and stored. He then accesses an MS-SQL database through an ODBC connected Excel spreadsheet and, after a few minutes, receives a response.

Finally, he uses an AirPrint printer located in his car to print out a full-color, 150-page report. He then turns to Jack, hands him the report and says, “Sir, you’ll see from the Executive Summary that you have exactly 1,586 cows and calves.“

“That’s right,” says Jack. “I guess you can take one of my calves.“

Jack then watches with amusement as the young man struggles to get the animal into the trunk of his car.

After a minute or two, Jack says to the guy, “Hey, if I can tell you exactly what your business is, will you give me my calf back?“

The young man thinks for a second and then he says, “Sure, why not?”

“You’re a Congressman for the US Government“, says Jack.

“Wow! That’s correct,” says the yuppie, “but how did you guess that?“

“No guessing required son,” Jack responded. “You showed up here even though nobody called you; you want paying for an answer I already know; to a question, I never asked. You used millions of dollars worth of equipment trying to show me how smart you are; and you don’t know a thing about how ordinary, working people make a living, or about cows for that matter. If you did you’d know that this herd is actually a flock of sheep. Now give me back my dog.”