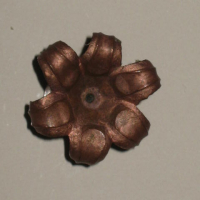 U T MemberPosts: 423 Member
December 2014 in Second Amendment/Politics #1
CABELA'S trying to force gift recipient to fill out 4473 instead of Actual Transferee/Buyer!
Went to Cabela's to buy a gift for another one of my adult kids, and it didn't go well.
On a previous trip to do same, it went off without a hitch, but daughter was not there.
On this trip, I was going to purchase a gun for my son for Christmas, to be given to him on Christmas, not on day of me purchasing the gun, and he went with me to pick one out.

Salesman (got the annoying salesman with an attitude, that I normally try to avoid) told me that my son must fill out the 4473 form, which I told him I didn't agree with, since I was the one buying the gun, paying for the gun, taking possession of the gun, and going to be giving it to my son later as a gift. The salesman stated that if my son were not with me, that I would be the one filling out the form, but since son was there, that he would be required to do so.

It is illegal to lie on form 4473, and Cabela's would be forcing my son to lie, stating that he is buying the gun, when I would actually be buying it.

I even talked to a manger before leaving Cabela's, and he stated that it is the law, that if gift recipient is with buyer, that recipient must fill out the ATF 4473 from, even though it specifically states in the 4473 Notices, Instructions and definitions section under Question 11 a. Actual Transferee/Buyer - (basically states that I am to answer "YES" on the form if I am buying with my own money to give as a present!

I believe that Cabelas is making up their own rules, and then stating that it is the law, even though their intent might be good, but following their "law" might be breaking a real one!
I realize the intent of straw purchases, but this is not one of them, and I would be the only legal person that should be filling out the 4473 form unless there is some sort of change since the printing of the 4473 form that I have that is dated April 2012.
2014-12-24 Cabelas 4473 lie 006.jpg 43.4K
0 · Share on TwitterShare on Facebook