Six-Gun Senior MemberPosts: 8,155 Senior Member
January 2015 in Hunting #1
I got taken as an alternate for the base's controlled archery deer hunt. It's designed to cull the overly populous deer herd that ravages one of the base golf courses. Normally, a draw is required to get this opportunity for just one week, but one of the guys who got drawn hurt his back and couldn't hunt. He gave up his slot and I filled it. You are required to shoot one antlerless deer first and then can shoot a buck.

The cool, historically significant part? This particular spot isn't on the golf course itself, rather it's on the adjacent, based-owned portion of the Huffman Prairie: the place where the Wright Brothers performed over 150 flights to test and perfect the world's first practical airplane.


Wikipedia has a good description of the shared boundary area I was on tonight:

The National Park Service currently operates this historic site where visitors may see the place where the Wrights developed the world’s first practical airplane as well as replicas of their 1905 hangar and launching catapult. While the historic flying field is mowed short, simulating the grazed pasture used by the Wrights and allowing its use for re-enactment flights, an adjacent area of tall-grass prairie is maintained unmowed, managed instead using late-season controlled burns.[3] A nature trail winds among the prairie's tall grasses, diverse wildflowers, and occasional shrubs.[4] The Huffman Prairie area is located within the Air Force Base, with a separate entrance and fencing between it and an adjacent runway and other modern base facilities.


So yeah, this is where I was hunting: 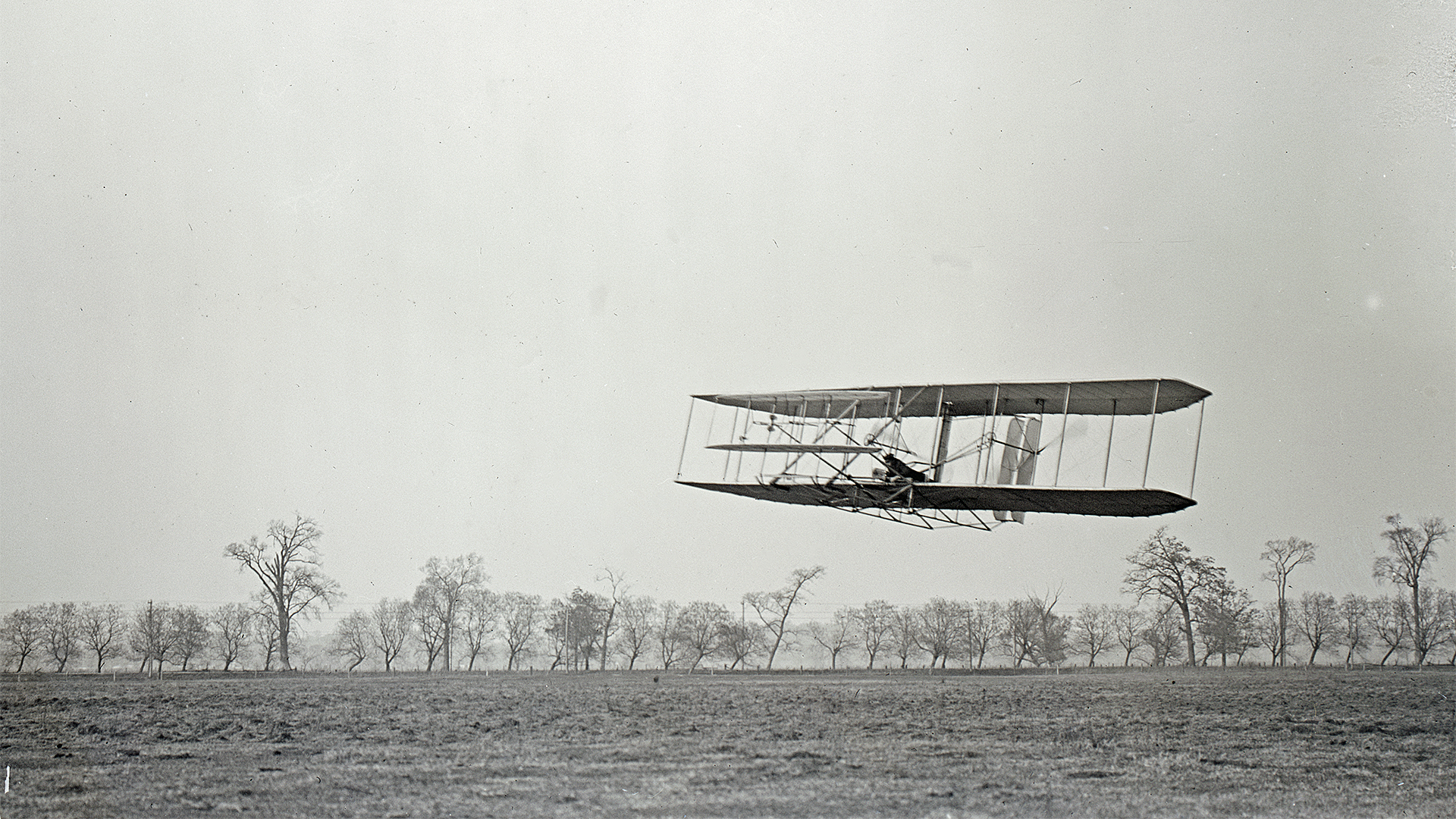 A little background: Ohio's archery season starts in late September and ends in just over 2 weeks on February 1st.

It has been a TOUGH year hunting here during this, my first season out this way. It's been difficult on base and even tougher on the state-owned public lands. To put it in perspective, I killed a mule deer, an antelope and a whitetail deer in 3 other states this year in just 5 hunting days *total*. I have been trying since the season opener here to get a deer and am just now finally punching a tag. To be fair, I let quite a few deer walk in the early season and had one I shot and never recovered due to a rain storm rolling in shortly after the hit, but it's still been inordinately hard to get it done.

Because the base is deemed private land by the Ohio game laws, baiting is allowed. Though I saw deer every single time I came out on this controlled hunt, what is now very tall grass in need of a burn made for no clear shot opportunities. I had never hunted over bait before, but promised myself long ago that I would do whatever was legal to take a deer if I got into the final weeks of the season with no luck. Starting on Monday, I started laying ~70 yard long string of apple slices along the 15-yard wide mowed section of an otherwise high-grass maze of tall grass and deer beds. I honestly felt a little bit guilty doing this, but crunch time was upon me and it was now or never. Ironically enough, the deer cleaned up all of the apples I laid over the prior two nights, but not while I was out there.

Tonight, I sat on the ground, right on the edge of the mowed path with nothing but camo on and my crossbow in hand. I decided to hang up the vertical bow for this spot because it's just too exposed to draw and I really wanted to finally punch a tag with my crossbow. Well before sunset, I heard a deer walking behind me pretty close. I slowly turned my head and saw it inside of 20 yards behind me. The way it was walking was sure to put it in my scent line, but these deer smell people fairly regularly due to their proximity to this national park area and I prayed that it wouldn't spook. When it got into my scent line, I never heard it flee. Instead, about 20 minutes later, it appeared about 50 yards away on the clearcut edge, but on the same side of the grass line that I was sitting in. This would make for a tough shot if it didn't get in the center of the clearcut due to the brush on my left negating a clear shooting lane. Worse, it was headed directly for me. At this point, I had just enough cover to hastily get the crossbow up without being seen.

Thankfully, the deer noticed my outline just outside of 20 yards. This made it a little tense; tail flicking and nose licking ensued, but it also did what I needed and slowly moved away from the grassline. I only had a rough idea of the range (somewhere between the 20 -30 yard spots I pre-ranged) since I couldn't take another laser reading at this point. I held just a little high with my 20 yard scope bubble. It was quartering toward me when the bolt released and I heard a nice, solid thump on impact. Into the tall grass it went and I sat for about 20 minutes before starting to look for sign. I found the bolt in the ground about 8 yards past the impact point and it was totally covered in good, bright blood and hair. Below is a pic of where it was found, turned on its point for perspective of clearcut edge grass I was hiding in:

The blood trail started out great - clear as day on a small patch of snow and growing larger into the grass - but went south quickly. After about 60 yards, I was down to sparse pin drops and I couldn't find anymore. Now it was completely dark. Instead of trampling the evidence and making things worse, I called an officemate from work and he came out to help. I found a few more drops when we went back into the grass and we leapfrogged as he and I found more, marking with flagging tape along the way. After about an hour of this and occasional splashes of more blood, our work was rewarded. The deer, a buttonbuck by chance, was down about 120 yards from the initial hit.

The penetration from the crossbow bolt, tipped with a 125 gr. Slick Trick Magnum broadhead, was amazing. I hit the deer quartering behind it's right shoulder and it exited with complete pass-through just in front of the left ham. That's well over 24" of deer! The entrance hole was spectacular. It's hard to believe so little blood was on the ground for so much of the trail.

It's been a long, difficult road to this deer, but I'm glad it's down: it was my very first crossbow kill, I did it on a very historical site, and I checked the box for (technically) taking an antlerless deer. I have 2 more days left in my controlled hunting week to try and get a genuine, antlered buck or another antlerless deer. Even if that doesn't happen, at least my first deer season here isn't the total bust it was shaping up to be.
Accuracy: because white space between bullet holes drives me insane.
0 · Share on TwitterShare on Facebook