What I discovered was my eyes ain't near as good as they used to be firing a rifle and iron sights, but I think I did OK.

I tried the military grid targets to get it zeroed, did OK and it was hard to see, so I swapped to a bright easy to see the center bullseye one.

The trigger got better the more I fired it, not real bad at all, but heavy. I think I'll improve when I put the Ruger Elite in or , at least, enjoy shootin it more. No worse than military triggers.

The one malfunction I had was self induced.....I'm not used to using an empty chamber flag and well had a brain fart and when the range went hot again I loaded a mag and let the bolt fly forward on it. Well, it jammed the cartridge in the chamber against the plastic flag....then I dropped the mag and tried to clear it, nope bolt frozen 1/2"before closing. Got the flag out and RO had a rubber mallet to tap the charging handle back and it finally gave. Round fell out.....bullet was pushed down into the brass and some powder spilt out.............my own fault 100% 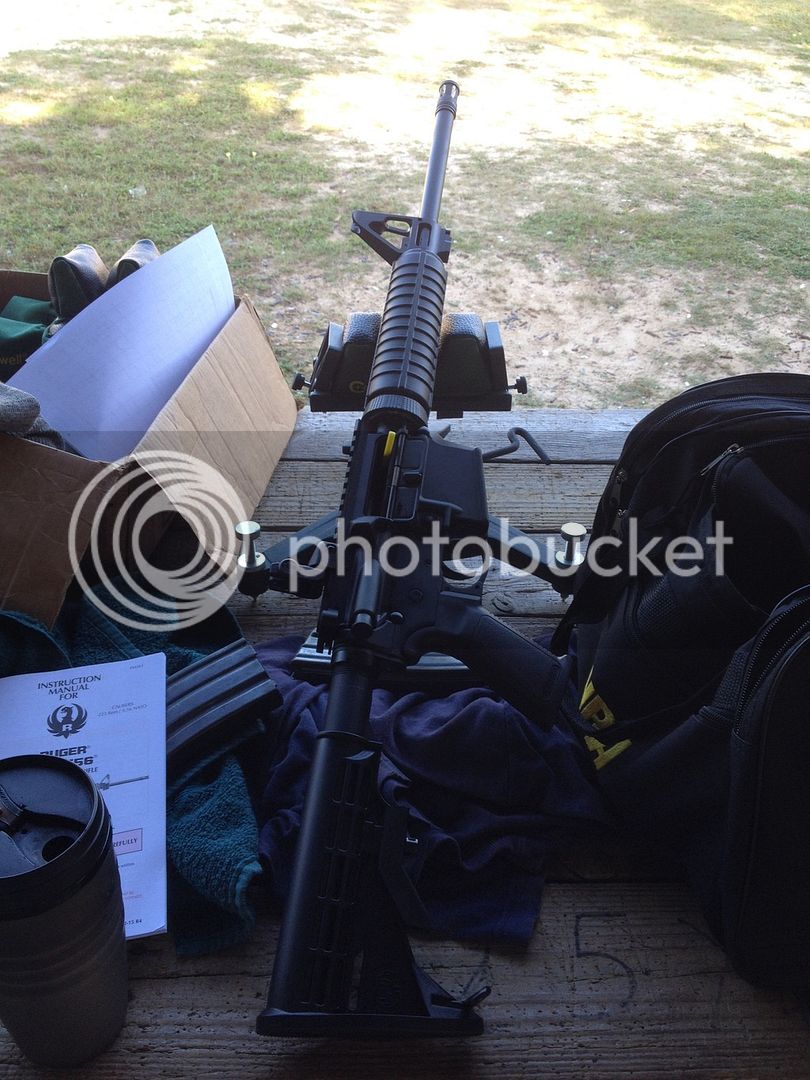 Here you can see my progression of adjusting the front sight so my POI went UP, I had turned it the wrong way earlier...........anyhow 1# 3 shot group was lower in pic. I'm sure a better shooter could have kept all three holes touching.

Then I fired the bolt Ruger Am .22 bottom right was NormaUSA, center and bottom left was CCI Std Velocity. All three were 10 shot groups, also @ 25 yards. Again a better shooter could have probably had all the holes touching.

It's only true if it's on this forum where opinions are facts and facts are opinions
Words of wisdom from Big Chief: Flush twice, it's a long way to the Mess Hall
I'd rather have my sister work in a whorehouse than own another Taurus!
0 · Share on TwitterShare on Facebook