Photos Of Glock's Entry Into the Army MHS Competition

shotgunshooter3 Senior MemberPosts: 5,855 Senior Member
June 2017 in General Firearms #1
Photos of Glock's admission into the MHS program have been released. As you all probably know by now they lost out to Sig. I can see why, as it appears Glock just took a Gen 4 19/23, removed the finger grooves, painted it FDE, added a thumb safety, and included night sights. I seem to recall the Army wanted the capability to readily attach a red dot, and from the submissions I've seen only Sig met that requirement.

I do wish Glock would sell a Gen 4 sans finger grooves to the buying public. I'd be first in line for a G19. 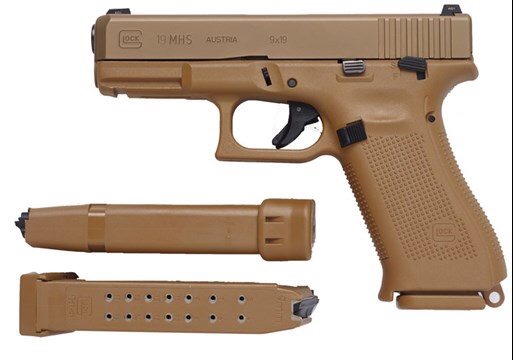 https://www.outdoorhub.com/news/2017/06/28/photos-glocks-army-pistol-contest-entries-glock-19-mhs-glock-23-mhs/
- I am a rifleman with a poorly chosen screen name. -
"Slow is smooth, smooth is fast, and speed is the economy of motion" - Scott Jedlinski
0 · Share on FacebookShare on Twitter
«123»