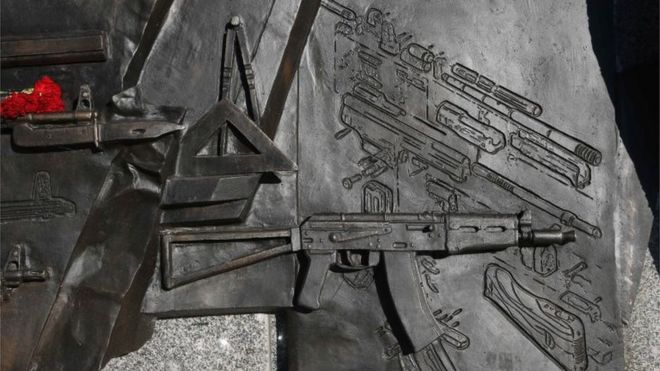 "But arms experts said a drawing on the base of the statue showed the StG 44 rifle used by the Nazis during WWII.
It was removed by an angle grinder."