bisley Senior MemberPosts: 10,798 Senior Member
March 2018 edited March 2018 in Hunting #1
I never posted this because photobucket quit working, so I'll use it to test the new forum interface. 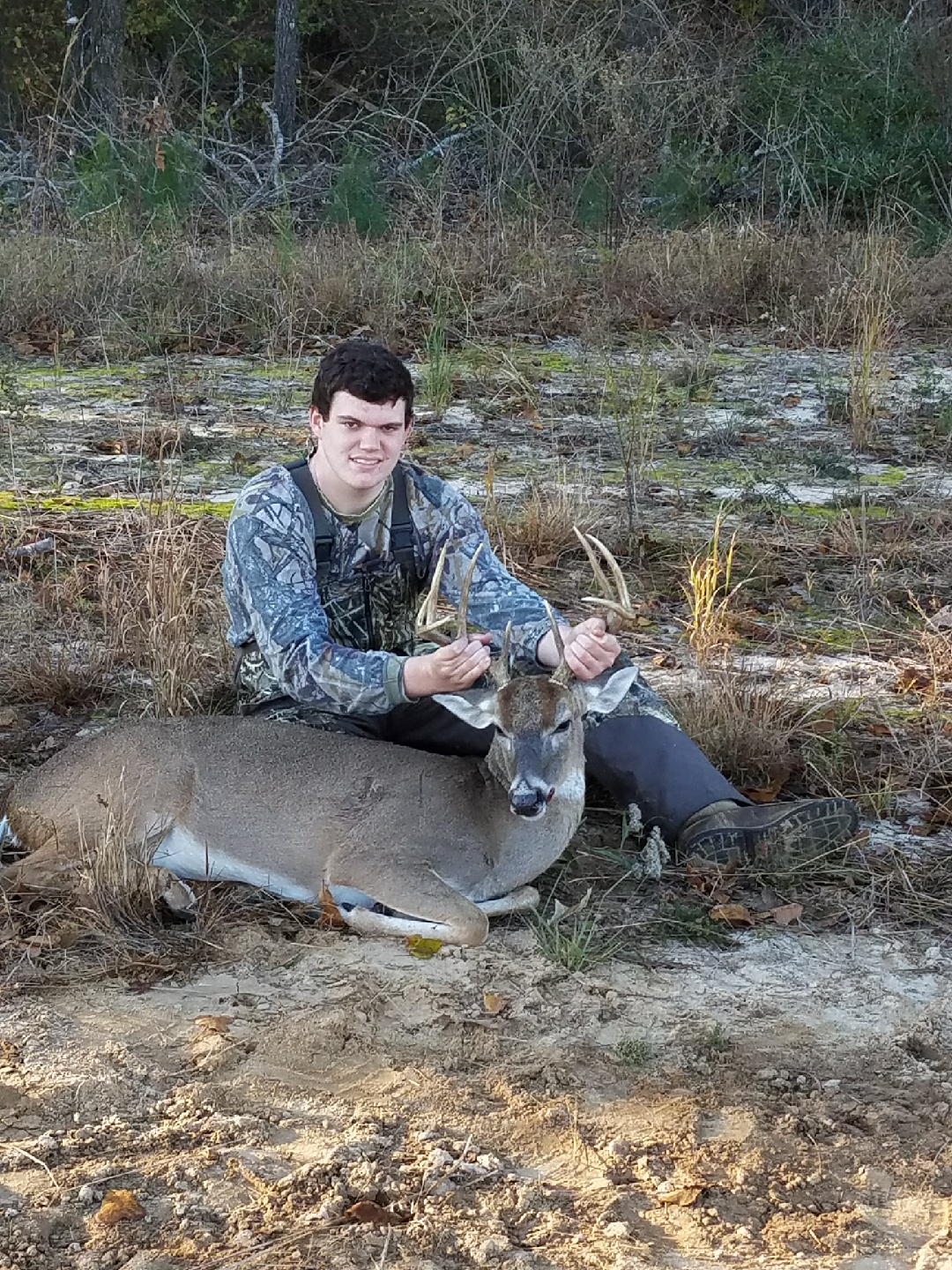 Our small lease has been fouled up for a year, since the pipeline construction and timber company activity during last year's deer season. The deer were back, to some extent, this year, but there were plenty of acorns, so the does weren't stopping to eat corn from the feeders. Several good deer were seen, but they were always just traveling across and not allowing time to make a good shot. James and his dad were in my blind, for this one, and his dad made his version of a low grunt, while he tracked the shot with the rifle. The deer stopped, broadside, for just a second and he nailed him, a little higher than he aimed for, but still good enough to get both lungs. It was a good shot, probably even a little further than his dad's 175 yard estimate.