orchidman Senior MemberPosts: 8,377 Senior Member
April 2018 in General Firearms #1
............And I couldnt be happier.
Not sure some of you remember that when I was in Tennessee for the SE in 2013, I got word from home that the guy ( Frank) that taught me to hunt ducks and catch fish had passed away at age 101yrs.
He was a mentor to me from the time I was about 8yrs old and I spent many summer holidays with him and his sons learning to fish and hunt.
When I came back from the SE, I visited the family to pay my respects and one of the things they asked me was could I help them with the firearms he had to which I said yes. After cataloguing the firearms for them they decided to keep them and pass them down through the family.

Fast forward to yesterday when I arrived to prep the boat for the charter. After carrying out the checks etc I was drinking coffee with mark when  the Franks daughter arrived accompanied by her 35 yr old daughter. Franks grandaughter was visiting from Oz and Mark agreed to take her out on the charter.

Spent 30mins catching up with them before we cast off.

Get back from fishing and the granddaughter invited me back to her mums for dinner where we spent 3-4 hrs reminiscing over old times. The subject of firearms came up after dinner and they brought out what remained of Franks guns. Included in the firearms were his original Stevens SBS  12g, his AYA SBS 12g, an old K98 sporter in 7mm plus a few other assorted .22's, a Stirling 22magnum sans bolt and an M1 Carbine...........
The shotguns, while they had been oiled were showing signs of rust etc and they asked me if I could help find someone to restore them back to their former glory which I agreed to do. After inspecting them closely I said I would take them away and get them appraised and quotes for reblueing etc.

They then asked me if I would like to take one of the other firearms to have as a memento of my relationship with their Dad/grandfather.
The end result is that I they gave me the Stirling, a Spanish air rifle.............and the M1.

Its an Iver Johson 30 cal carbine and the serial number dates it around 1978/79. The last time I saw it fired, Frank used it to shoot a fallow deer at about 170yds as it ran at full speed across in front of him..........One shot dropped it dead. Frank was,from memory, in his late 60's and, bearing in mind he was using open sights, that shot is one of the best I have ever personally witnessed. 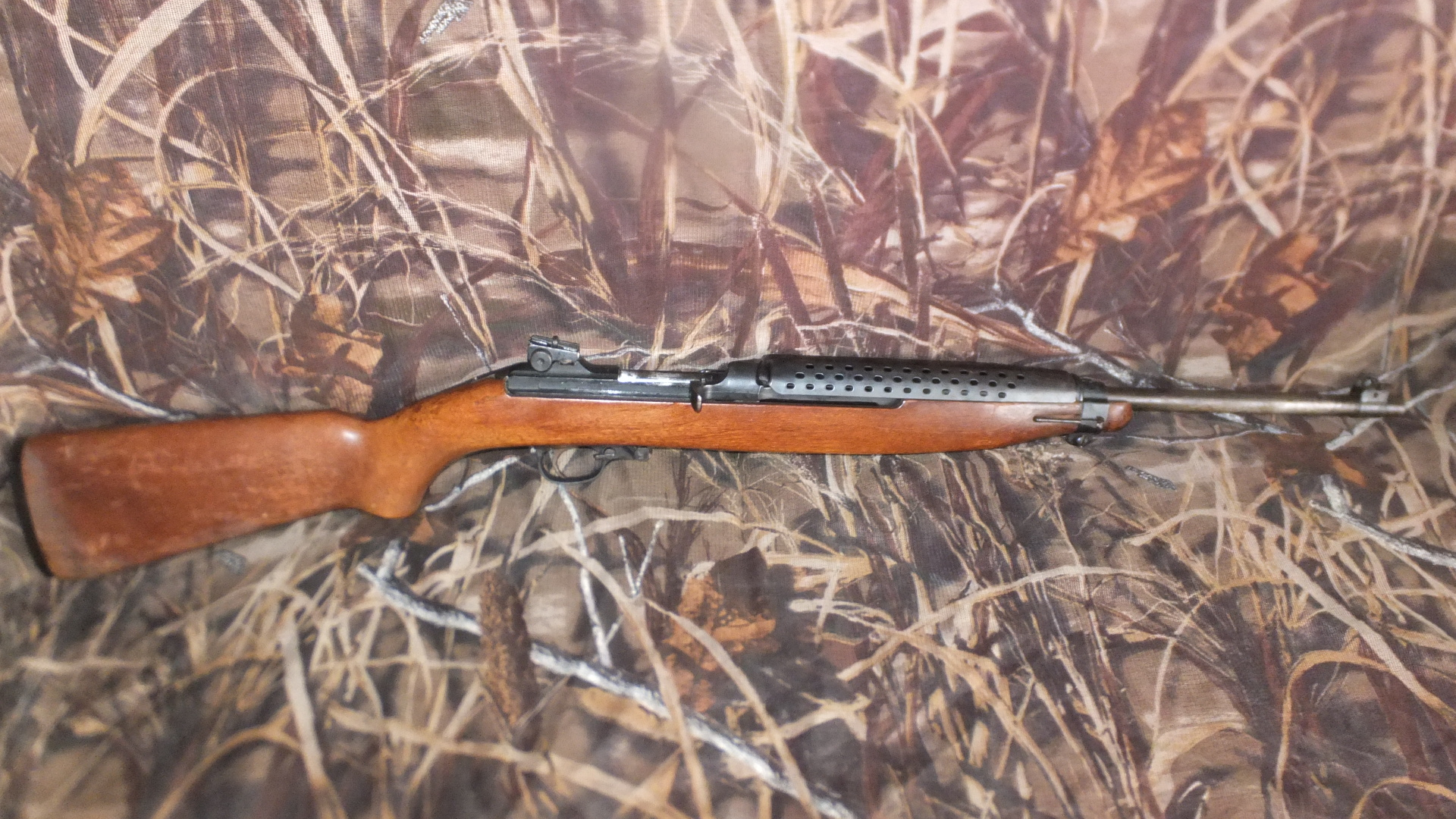 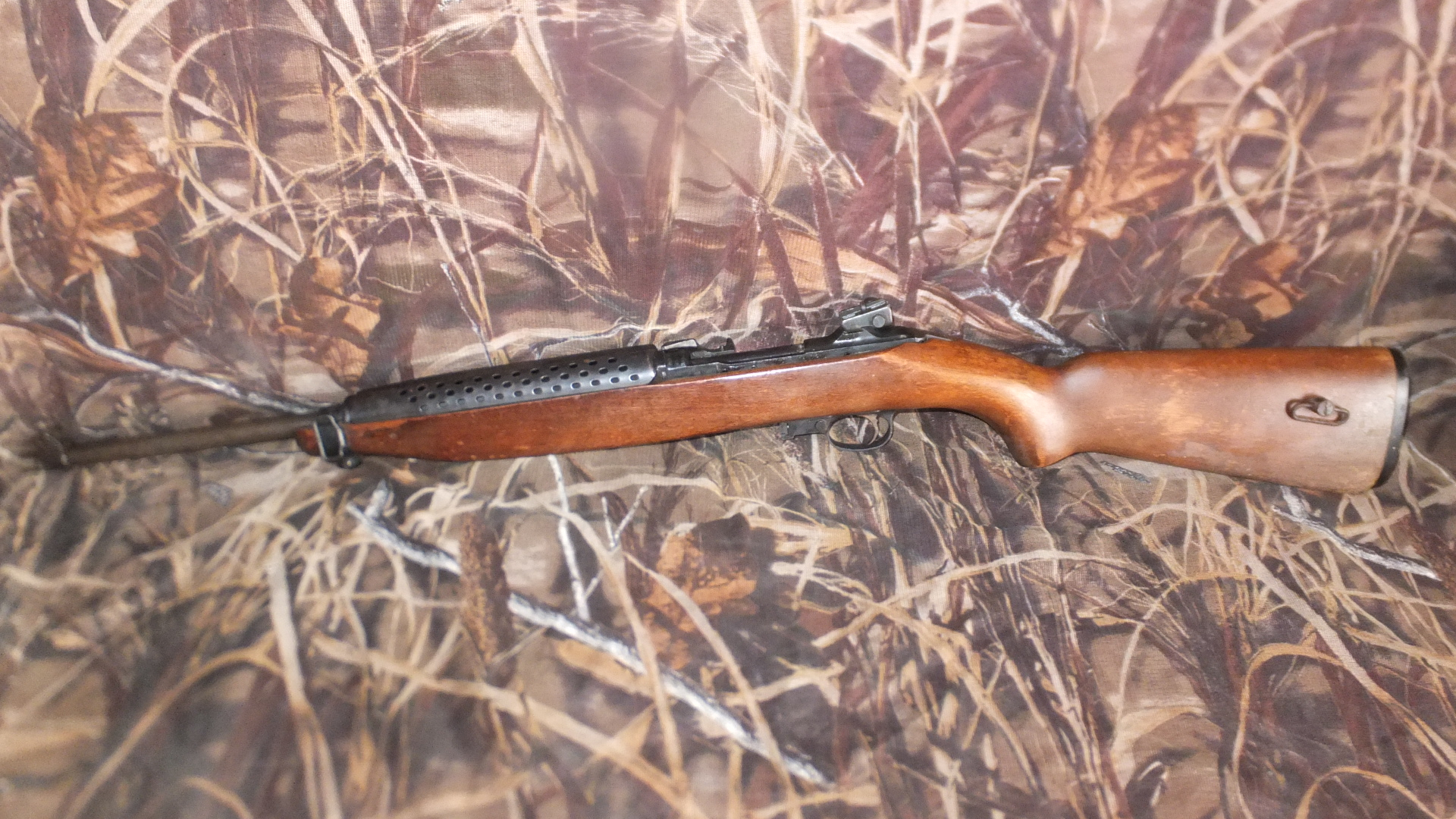 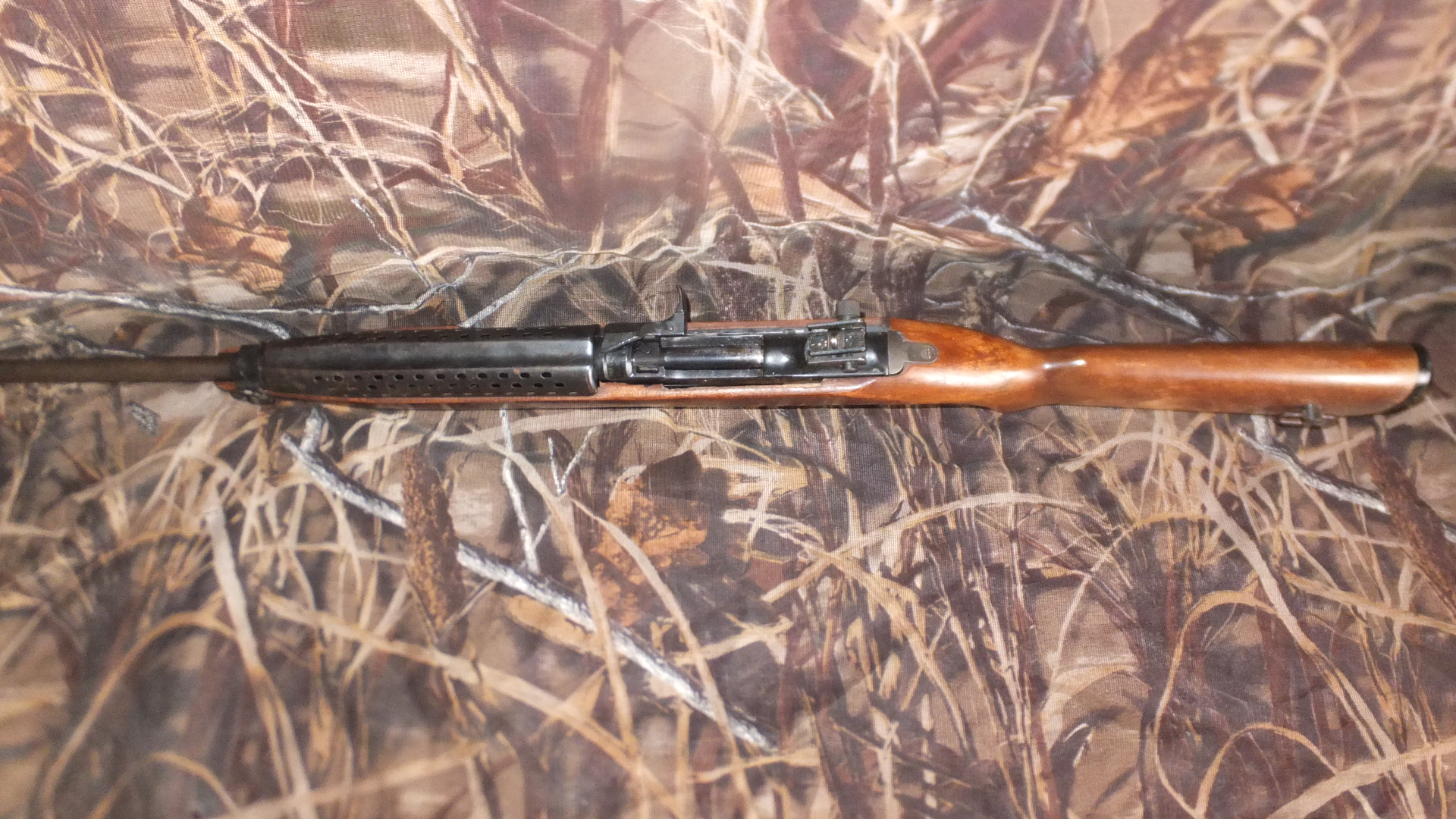 The only thing that was missing was the magazine.

Got home late last night and although I was dead tired I spent the next 3 hrs fondling my Johnson. After watching a couple of videos on how to disassemble it I took it apart and put it back together. (Normally when I do this with a rifle I end up with enough parts to make a pistol.........but Frank must have been looking over my shoulder cos I didnt have any bits left over)

Further searching on the internet showed that one of my LGS's had M1 5 shot magazines for sale as well as 50 rnd boxes of PPU 110gr softpoints in stock. A quick trip this morning to get 2 5 shot mags and 100rds and it looks like I may be able to take it out on the weekend if I get time.

I dont intend to refurbish it or change it from the way I received it as the value to me in its present condition is priceless.

Any advice as to possible problems that it may have would be appreciated...........

Still enjoying the trip of a lifetime and making the best of what I have.....
3 · Share on TwitterShare on Facebook