orchidman Senior MemberPosts: 8,367 Senior Member
May 2018 edited May 2018 in Hunting #1
......for Mark to recover from his illness to the point where he felt confident to try duck hunting again.
A few years ago I bought a single shot break open 410 for him to practise with and help with his coordination. Since then he has managed to keep the birds out of his orchard although it took him a few years to master its use. ( If you want to know what he contracted, google Guillain-Barre syndrome)
Fast forward to last week when we had a charter for a harbour tour. Managed to get back early on a rising tide so I suggested that it was an ideal time for a test run. He was concerned that he may not be able to control the recoil of a 12g as he doesnt have much feeling/nerves in his hands and arms still.
I set up my spare 1187 with a sling and showed him how to wrap his forearm into it so that if his hand couldnt cope he still retained control using his arm and shoulder. I also bought him a couple of packets of reduced recoil steel in #3 shot.
We launched my duck boat around 3.30pm and headed out onto the harbour. As we exited the river I saw a mob of mallards sitting in a mangrove bay about 400m away..........most of them had their heads tucked in so I headed out into the harbour to get up sun  and then cut the motor so that we could take advantage of the 15-20knot wind and drift into the bay. I seemed to fluke it right as we were blown directly in line with the lowering sun until we were within about 30 yds. ( It took about 15mins)
When the birds finally flushed, I was directly behind Mark as he raised the gun and and saw which bird he had picked out. At the shot I saw the bird flinch but it kept flying. Mark only fired one shot and as he lowered the gun he said something like " I am useless. I dont think I can do this". I let him wallow in self pity for a minute or two without saying anything...........then swore at him and said " Stop being a bloody wanker, do you want to go pick up your duck?"
The drake had continued to fly out over the harbour for about 300yds when I saw it shudder in midflight, fold its wings and crash into the water.
He didnt believe me so I started the outboard and motored over, picked up the drake, handed it to him and said "Welcome back:".
For the next 2 hrs I couldnt get a word in as he spoke nonstop about the shot and what it meant to him to be able to go chasing ducks again.
We continued around to one of my 'honey spots' and set the decoys...........but it seemed the hunting gods had done enough for the day and gone to sleep. ( They probably got bored with Mark retelling the story of the shot lol)
Here is the happy hunter. ( He hates having his pic taken btw but I told him I needed to record the smile on his face) 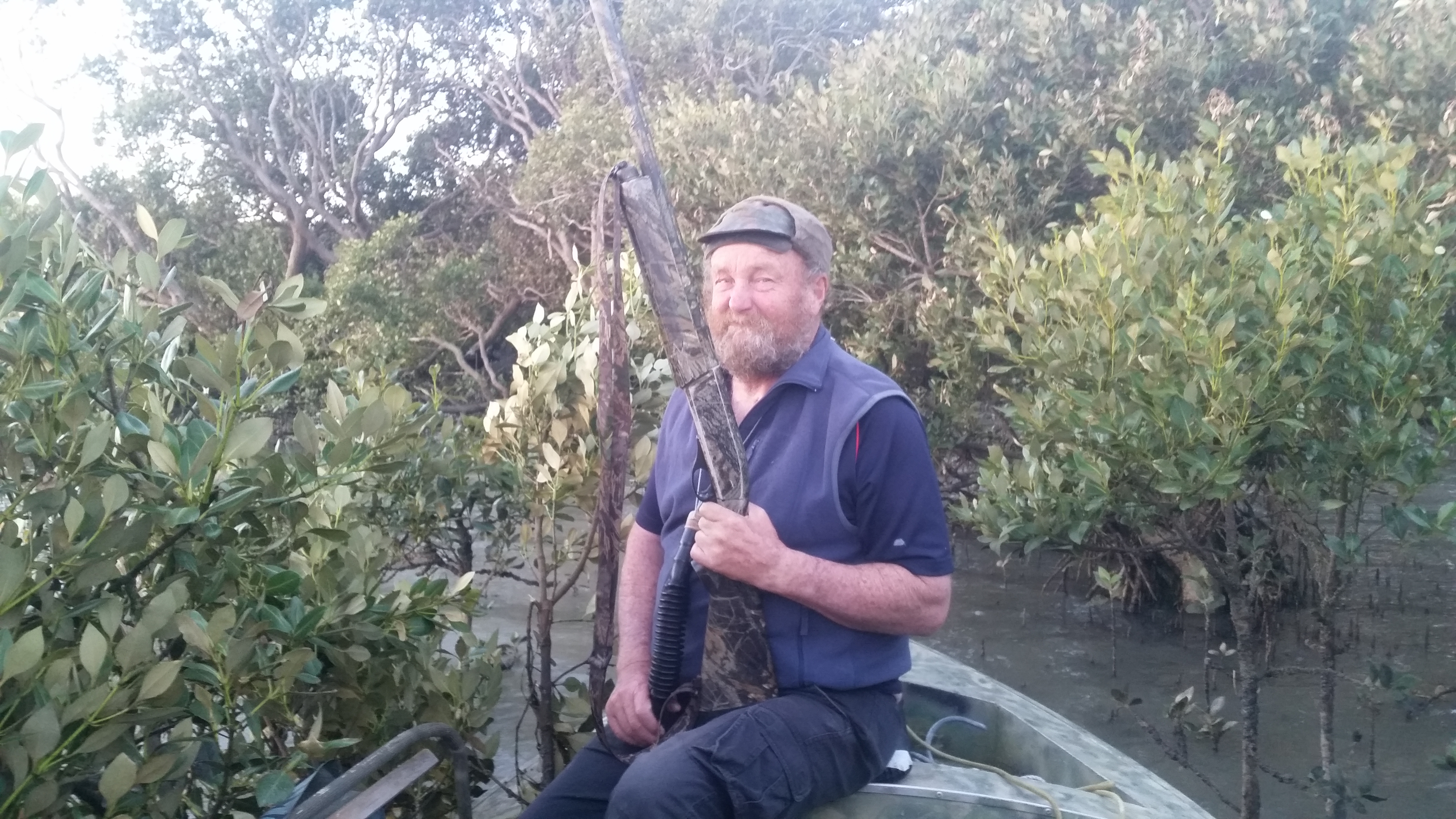 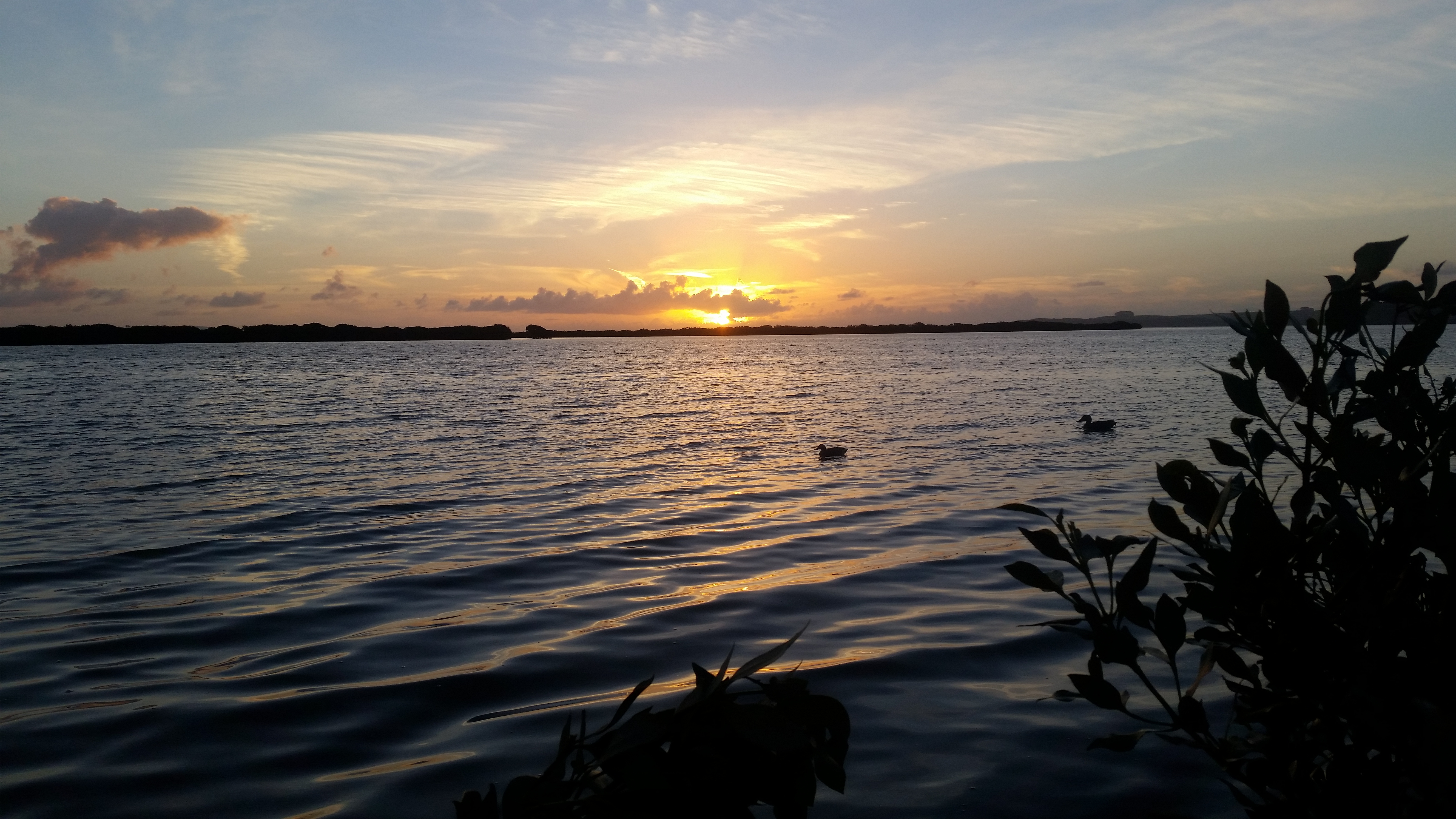 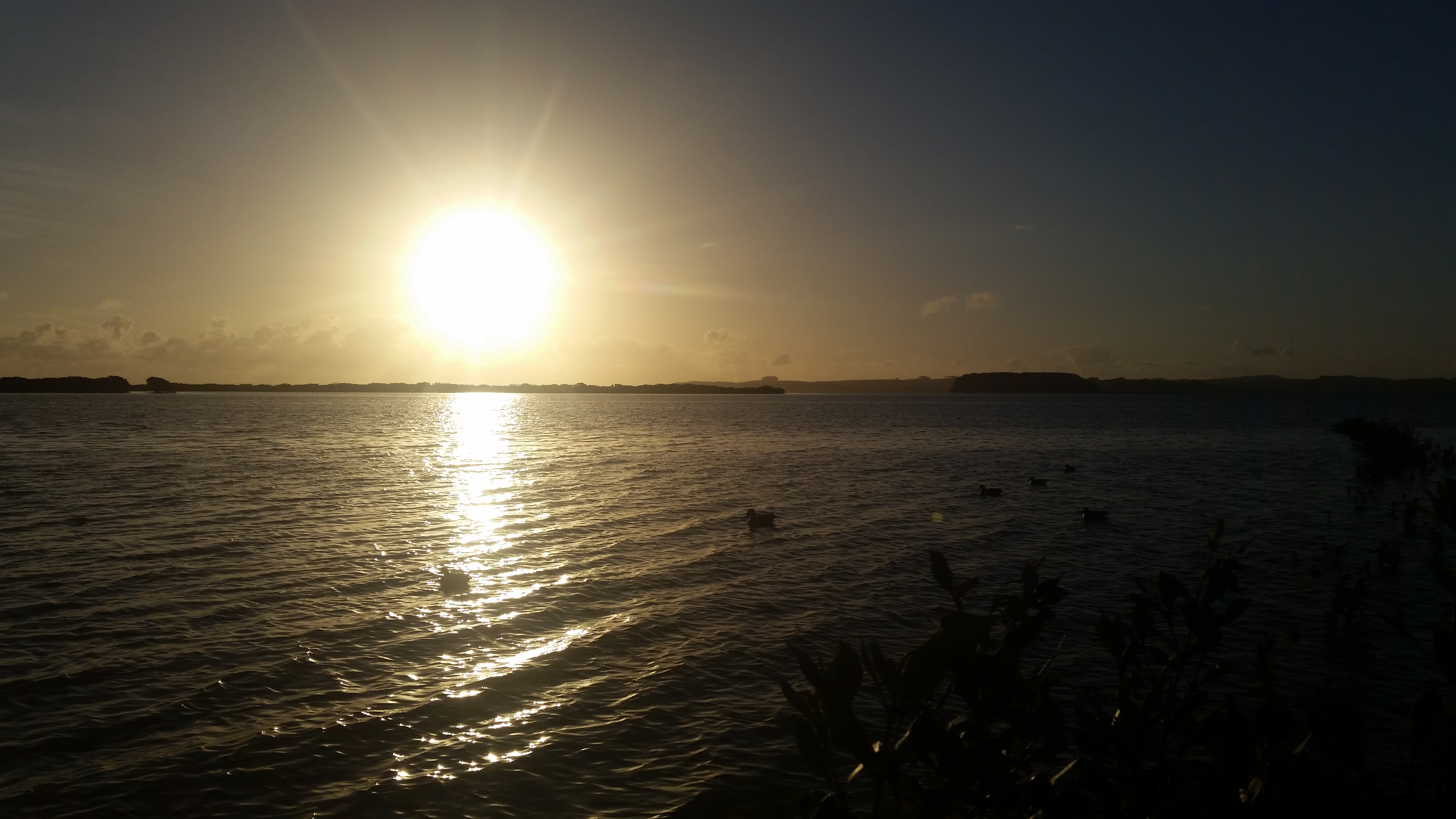 More to come about our second outing on sunday.........
Still enjoying the trip of a lifetime and making the best of what I have.....
1 · Share on TwitterShare on Facebook