orchidman Senior MemberPosts: 8,367 Senior Member
May 2018 in Hunting #1
Mentioned in my other thread that I was heading out solo this morning to chase ducks. The forecast was updated at 5am to 1.5-2m chop on the harbour with winds gusting to 45knots,torrential rain, squalls, thunderstorms and lightning..........In short, perfect duck hunting weather.
Launched the boat just before first light then spent 30 mins checking, double checking and then triple checking that I had covered every contingency and that everything was tied down while I waited for the sun to shed some light.
Headed down the river into the estuary and was going to head out on the harbour............Being a cautious kind of guy I slowed down as I came around the last river bend before I felt the full force of the weather. ( My 13' Ally boat will top out at over 30knots according to my gps)
As I rounded the last bend before entering the river mouth I was travelling around 10-13 knots. The first wave I hit was approx 1.m high..........the second wave was about 1,5m and as the boat rose to climb over it I was hit on the bow by a gust of wind that I estimated was over 30knots. It lifted the bow off the water until the boat was at about 45deg and completely airborne and I had visions of it going completely over before it crashed back down. My instinctive reaction when I hit the water was to turn hard to starboard and open the throttle wide before I hit the 3rd wave. The boat spun in its own length and climbed the back of the second wave before burying itself into the trough...........and I was back in shelter. I have been out in some gnarly weather many times on the river/harbour but this was something else entirely........
Ok, plan B........( I always have a plan B.......sometimes I just dont know it Lol)
Back up the river about a mile till I found some shelter, out with the decoys and park the boat under the cover of the mangroves.
Was still getting settled and loading the V3 when I hear a raucous quacking from above the dekes.   The V3 spoke twice shattering the peace and quiet and  a brace of ducks ( Drake and Hen) were down on the water....
Although the tide was coming in, the torrential rain overnight had swollen the river to the point that it was running against the tide at about 7 knots, so instead of the birds drifting up river, they started heading down towards the harbour. I managed to untie and catch them about 200yds before the last bend in the river........all the while thinking that if they made it around the last bend I wasnt going to poke my nose around the corner to get them.
Back to the decoys and I had just got settled again when I heard the sound of what seemed like a steam train approaching ......and before I could react, the heavens opened with a torrential downpour. By the time I grabbed my rain jacket I was drenched to the skin.......As quickly as it started, it stopped..........and once again I heard a raucous quacking over the decoys.......
The V3 spoke twice more and another pair of ducks joined the first  2 on the transom........after another chase down the river.
As I motored slowly back to the decoys, 2 of the decoys decided to up anchor and make a break for the harbour...........chased them down and collected them ( there was so much weed/debris/logs etc they couldnt cope with the current.) so I picked up all the decoys and reset them in a more sheltered spot with heavier weights, all the while getting drenched again by the next downpour.
The next bird was a Mallard drake........and he was flying in from the harbour in front of yet another squall/downpour at mach 3 with the wind up his tailpipe........I saw him about 300yds out and only had time to snatch the gun up and literally 'throw' the barrel through him and slap the trigger before he disappeared behind a mangrove tree............I reckon I lead him by 30+feet..........and although I didnt see him fall, I heard the splash over the sound of the wind as he crashed into the river stone dead. As I went to pick him up in yet another downpour, the boat felt sluggish to turn.......so I carefully returned to tie up and checked the bilges. ( The floor boards sit about 4-6" above the hull btw) Turned the bilge pump on and the  600gph pump ran for about 2 minutes emptying the boat out. The torrential rain coupled with the water channeling off the mangrove I was parked under, combined to fill the bilges.
Here is a pic I took of the tail of the squall as it headed over the hills 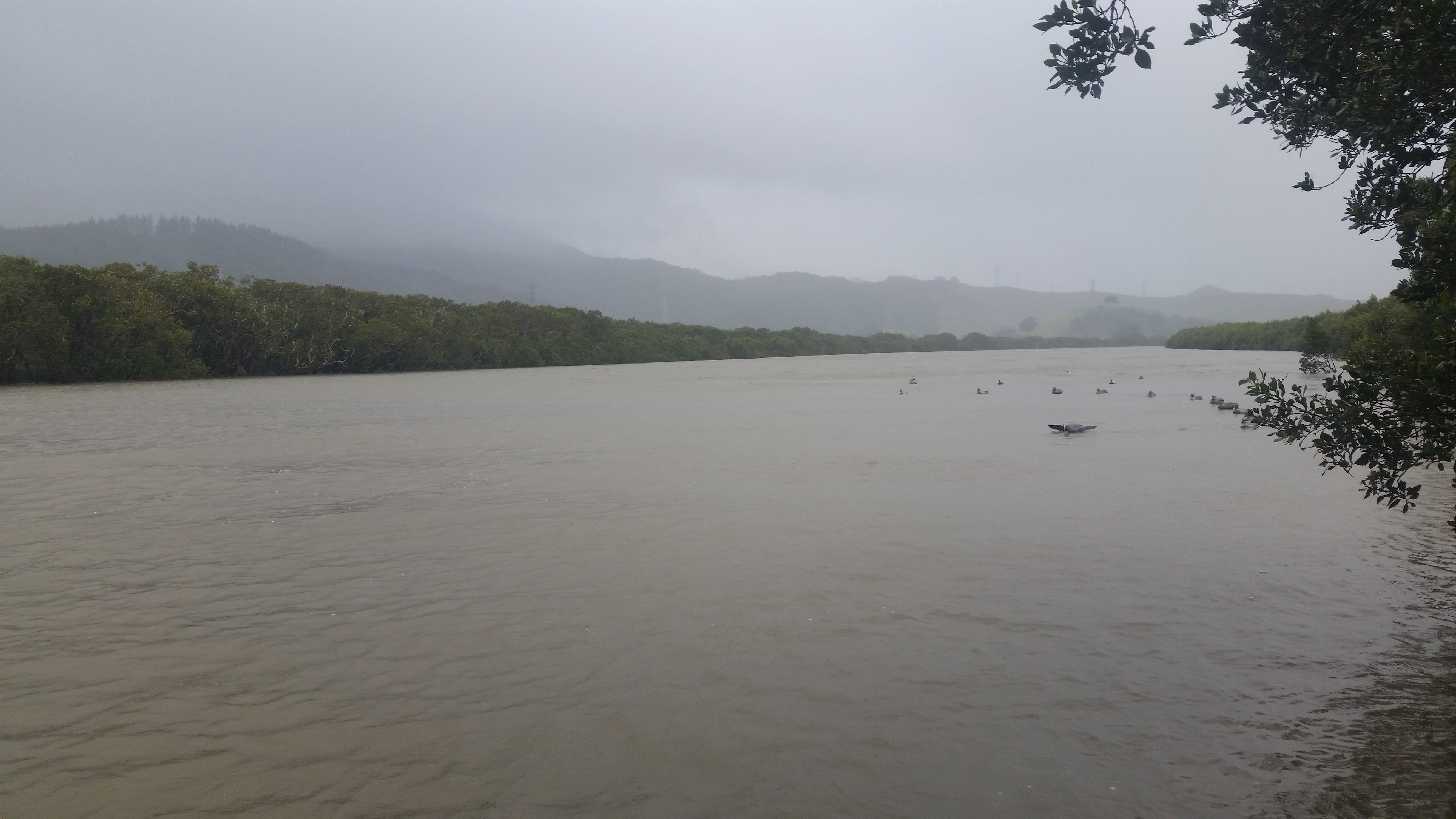 The weather kept alternating between great and terrible ..........as you can see by the next 2 pics 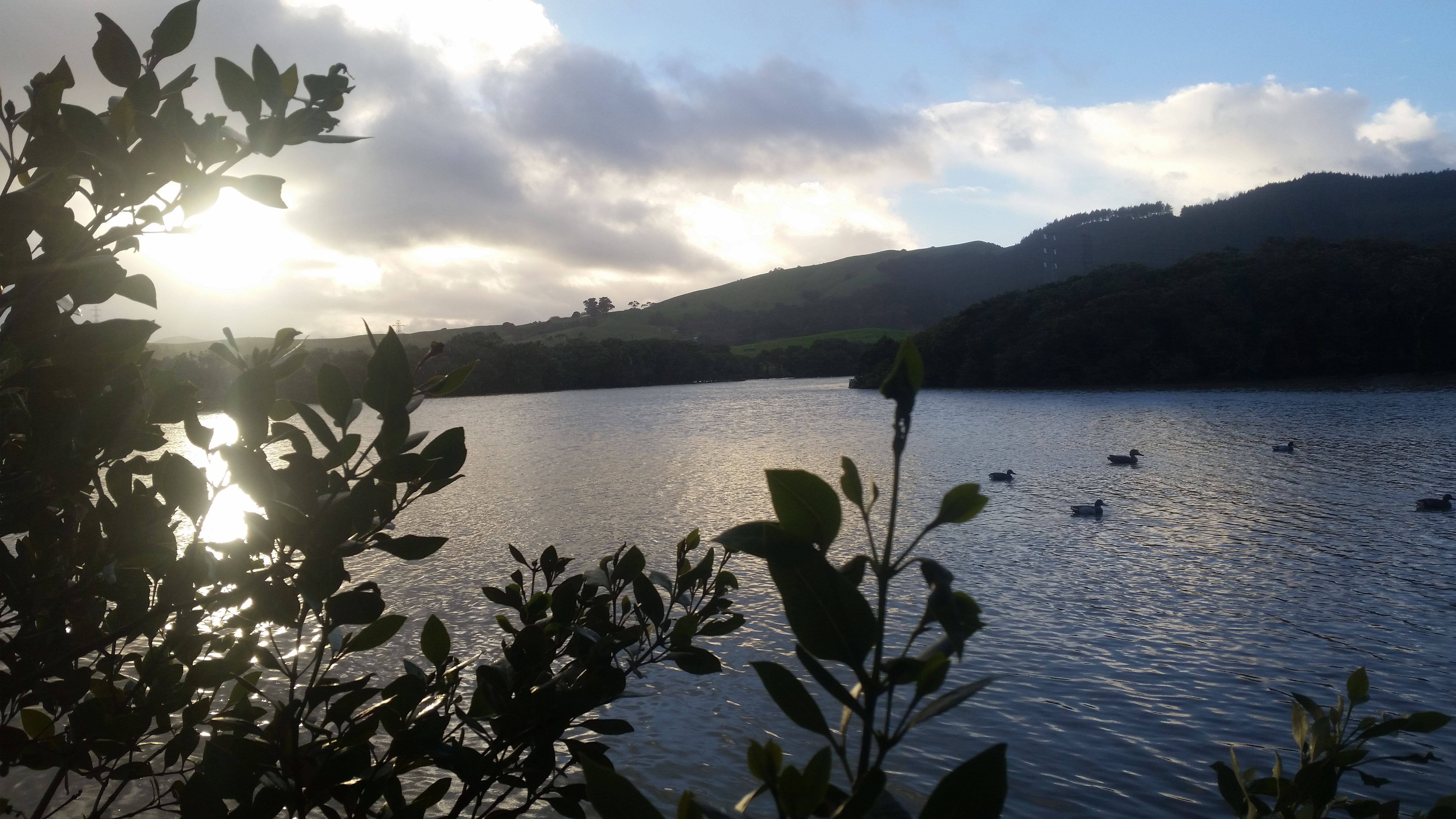 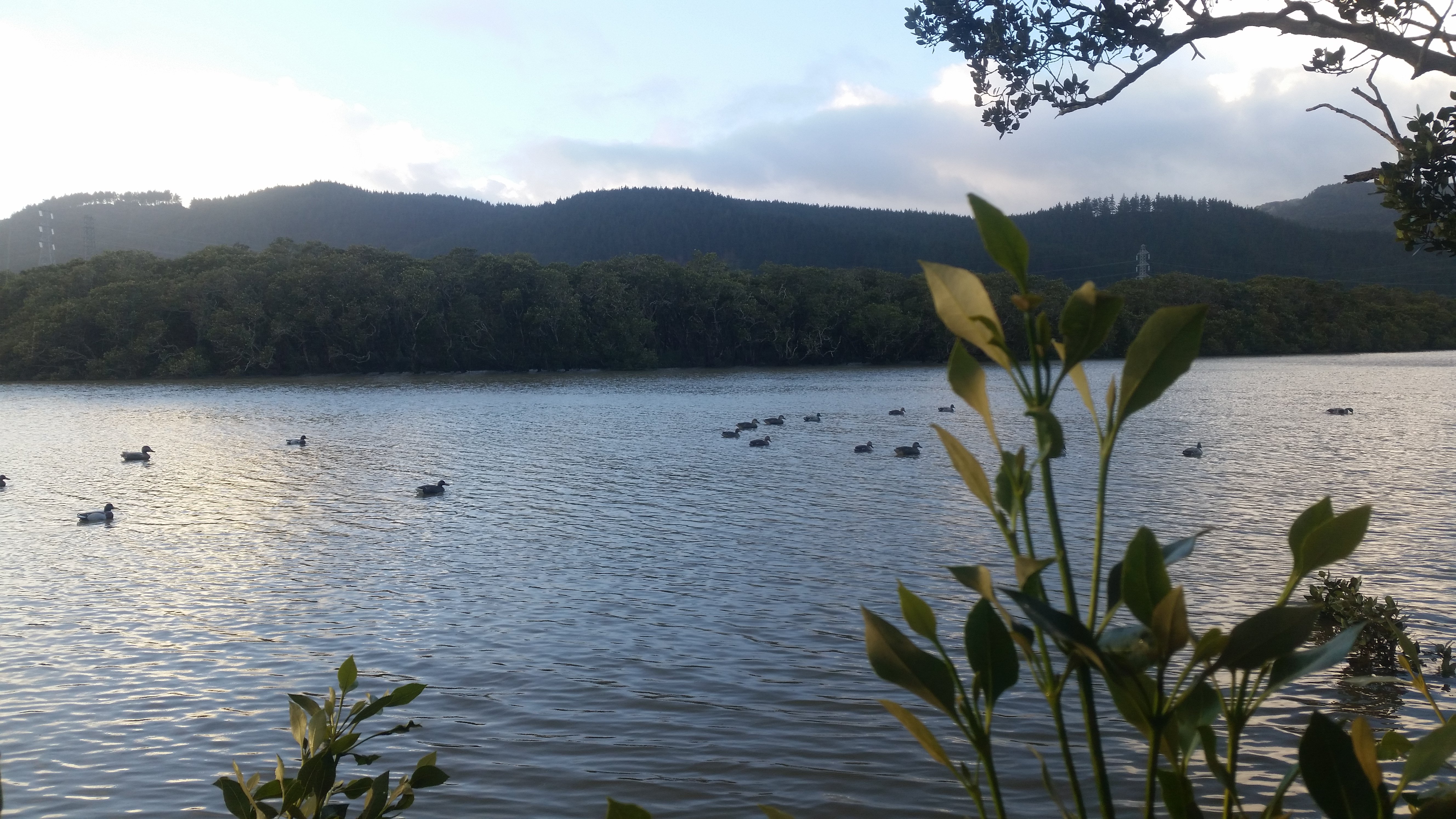 10 minutes later the next squall hit so I hunkered down and waited for it to pass.........then took this next pic. 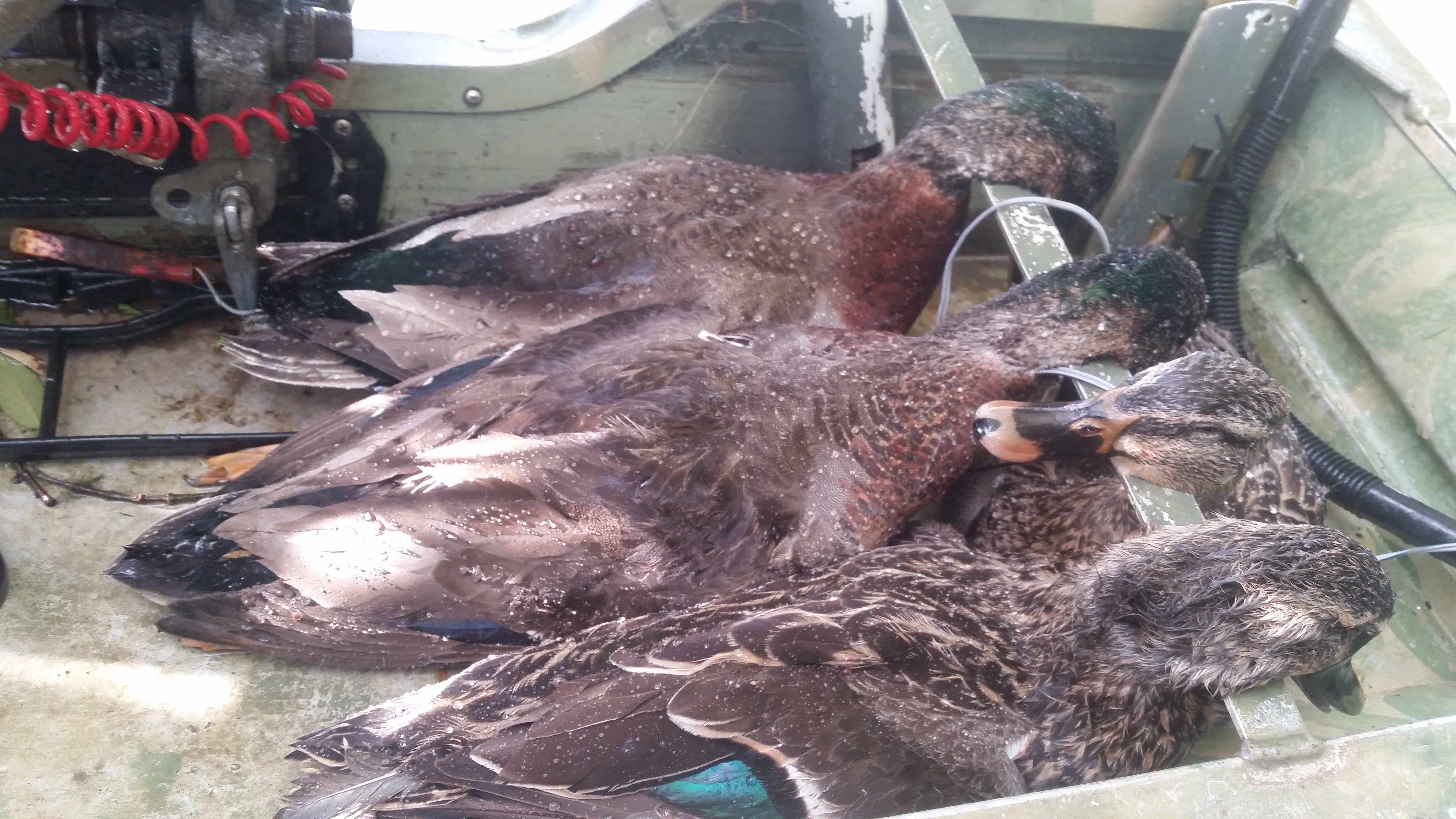 Still enjoying the trip of a lifetime and making the best of what I have.....
1 · Share on TwitterShare on Facebook