Zee Senior MemberPosts: 27,574 Senior Member
October 2018 edited October 2018 in Hunting #1
Took the buddy whose .25-06 I have been working on to my friend's ranch to cull a deer yesterday evening.  I am still searching for the perfect load for his rifle, but we decided to use my 115gr Berger load for yesterday's hunt.

General Rifle season isn't open yet, but the ranch is under Managed Land Deer Permits and that season opened October 1st and runs through the end of February.  We have lots of buck and does to cull to get the numbers down.


We set up in a stand on a hill with overcast skies and a slight drizzle.  Deer movement was slower than normal, but we eventually had a big group under the feeder.  Lots of good up and coming bucks, with a couple big boys, 2 does and a couple young ones on the chopping block.

There was a fork horn and a 5 point I was interested in but I wanted them to get close to each other so I could compare body size.  They finally walked past each other and the 5 point won the coin toss (or loss, depending on how you look at it) and got to catch a bullet.

The group began to walk off and I told my buddy to shoot him when he turned broadside.  On cue, he sent a 115gr Berger H-VLD (2,920 fps MV) across 75 yards and into the chest of the buck as he quartered ever so slightly.  The buck jumped into the air and took off on a death run into the brush.

Tracking was easy after a few yards and the blood really started flowing and spraying all over the place.  An approximate 50 yard run ended in a very dead cull buck. 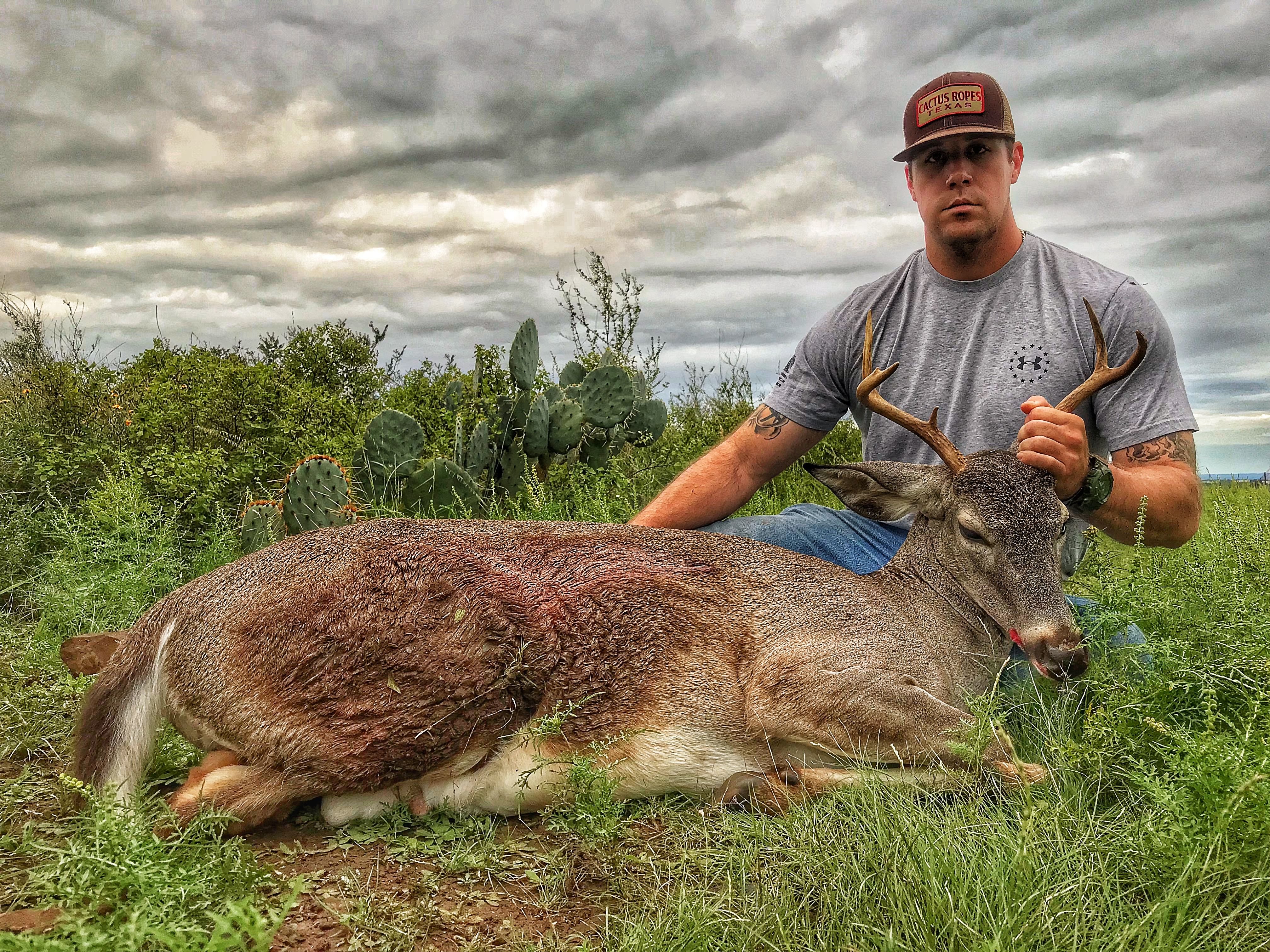