Zee Senior MemberPosts: 26,509 Senior Member
November 2018 in Hunting #1
At the request of my Rancher Friend, I took a hunter out to cull an axis Deer yesterday evening.

Set up a pop-up blind next to a well pump so it wouldn’t be noticed in order to watch a fence crossing.

Earlier, we had the hunter practice with the Rancher’s .308 Win rifle and 168gr A-Max ammo. He shot it well and it was time to go hunting.

We we had a few does and a button buck axis come out along with a ton of whitetail. He tried to get a shot at one of the does, but she wouldn’t stand still.

Finally, a big bodied spike came out at 134 yards and stood broadside. I dialed 1 Min in the turrets and told him to shoot the spike.

Looking through ugh my binos, I see his shot strike the hillside about a foot and a half above the buck’s back!!!  Holy crap!!!

At the shot, every whitetail and every other Axis take off for safer parts. Except.....the spike he shot at!!

I reach over and zero the turret, thinking something went wrong. I work the bolt for the hunter as he hadn’t done it yet.......and say, “Shoot at him again!”

The hunter says, “I tried to shoot him in the neck.”

”No!  Shoot him behind the shoulder!”

He aims in and is taking an eternity (seconds).

“He won’t stand there fore ever!  Shoot him!”

The rifle goes off and I see him jump, then take off on a death run for about 40 yards. Stopping in the high grass of the pasture, I see him falter and fall over backwards. 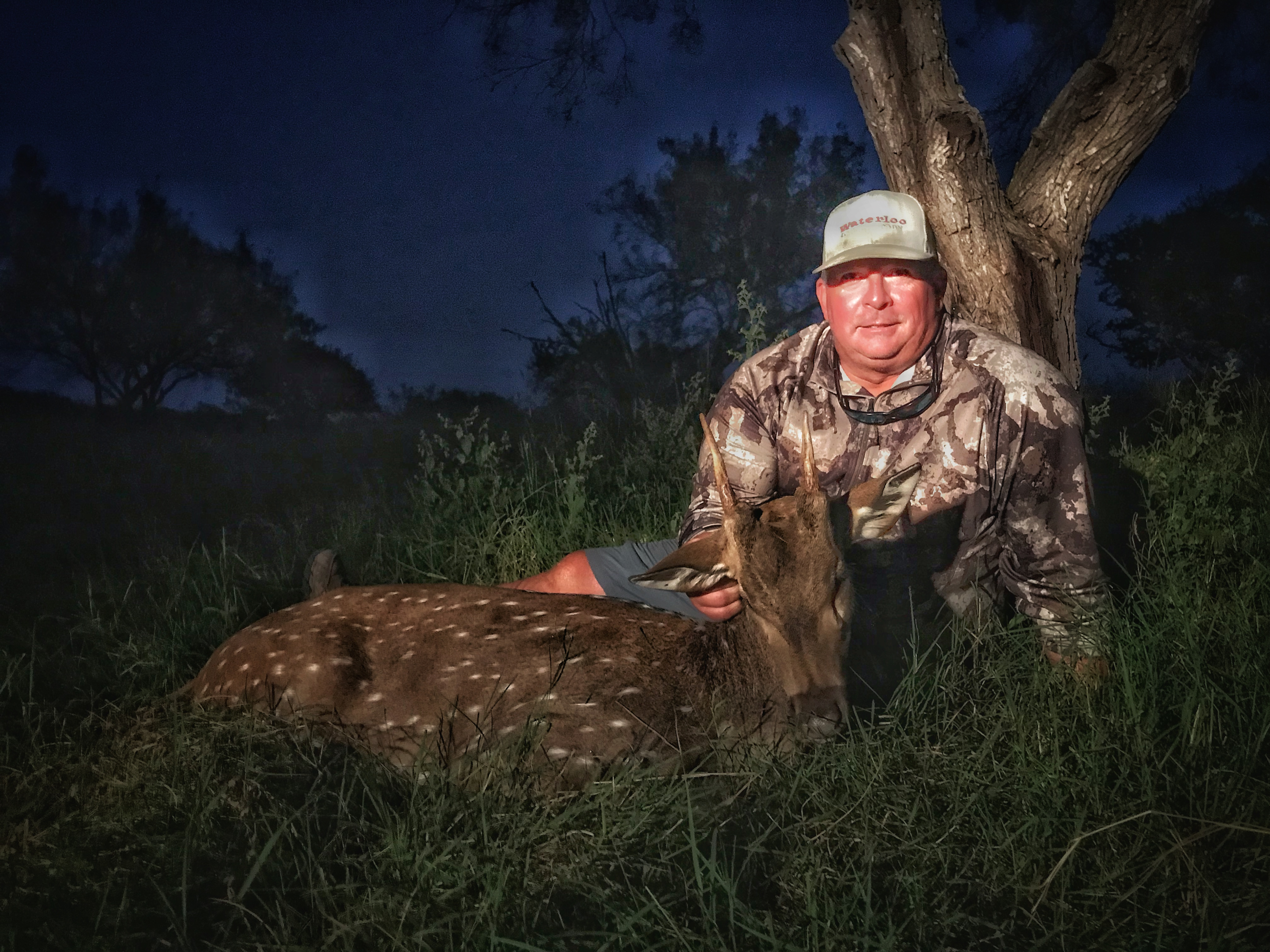 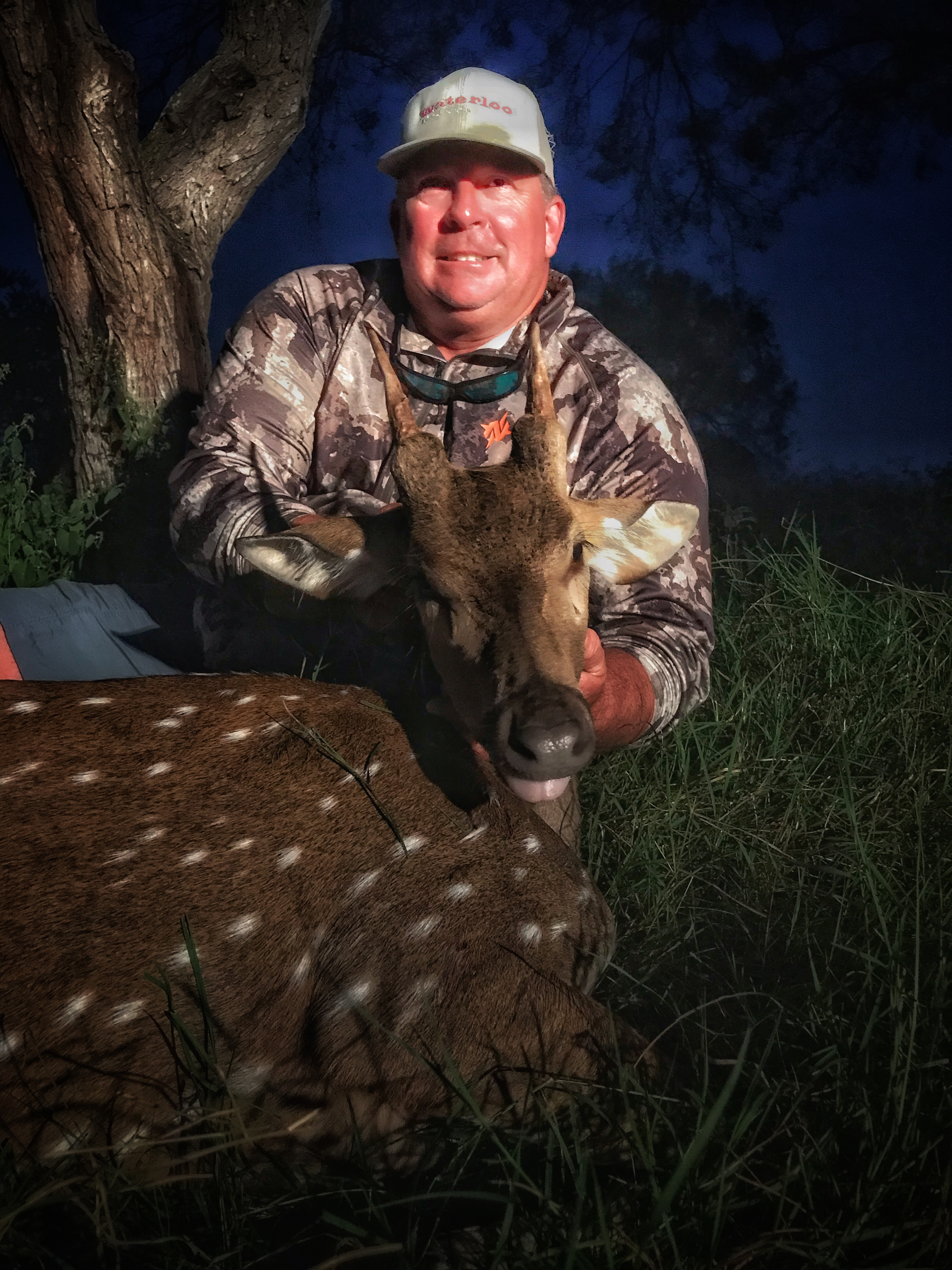