Getting the Contender up and running. 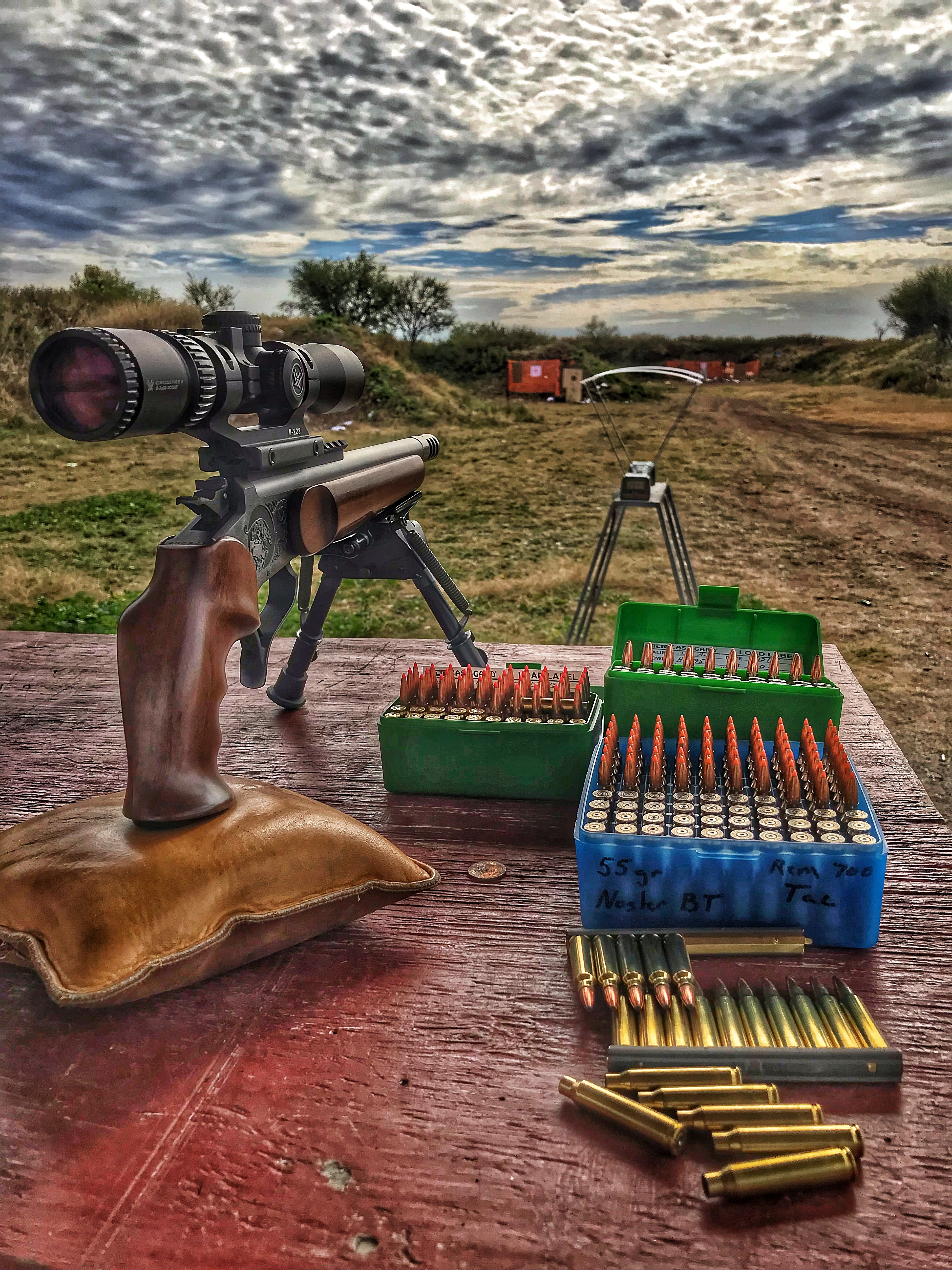 Gonna let my boy use my Contender Pistol in .223 Remington to shoot a deer this season. So, I double checked my zero with 80gr A-Max that I took a deer with a couple years ago. 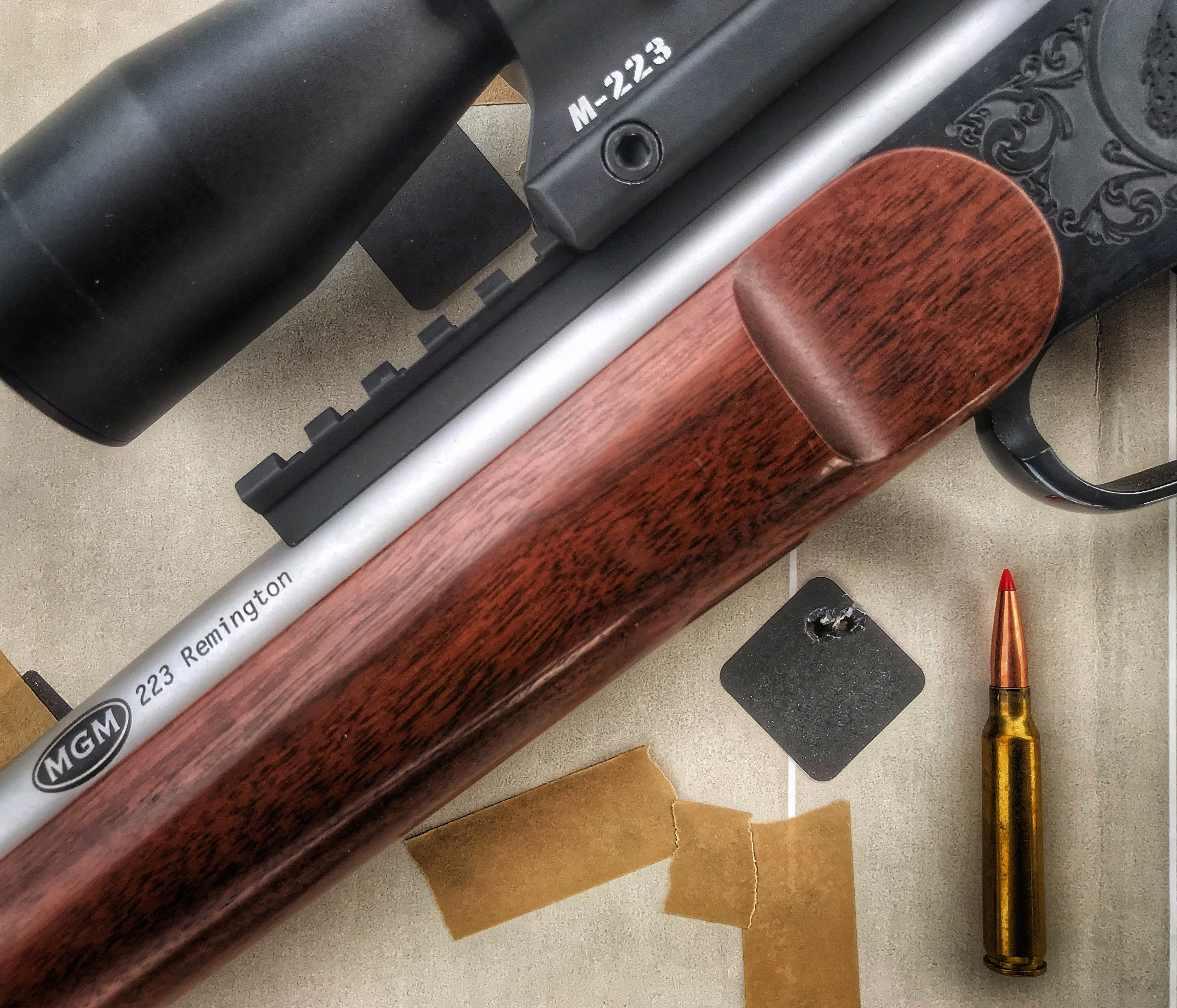 Since then, I’ve gotten into handloading for some of my bolt action .223 Rem rifles. Decided to try some of those loads in the Contender and maybe have a multi purpose barrel by writing down the various zeros. Well, it shot a hell of a lot better than I expected with loads made for different guns!!! 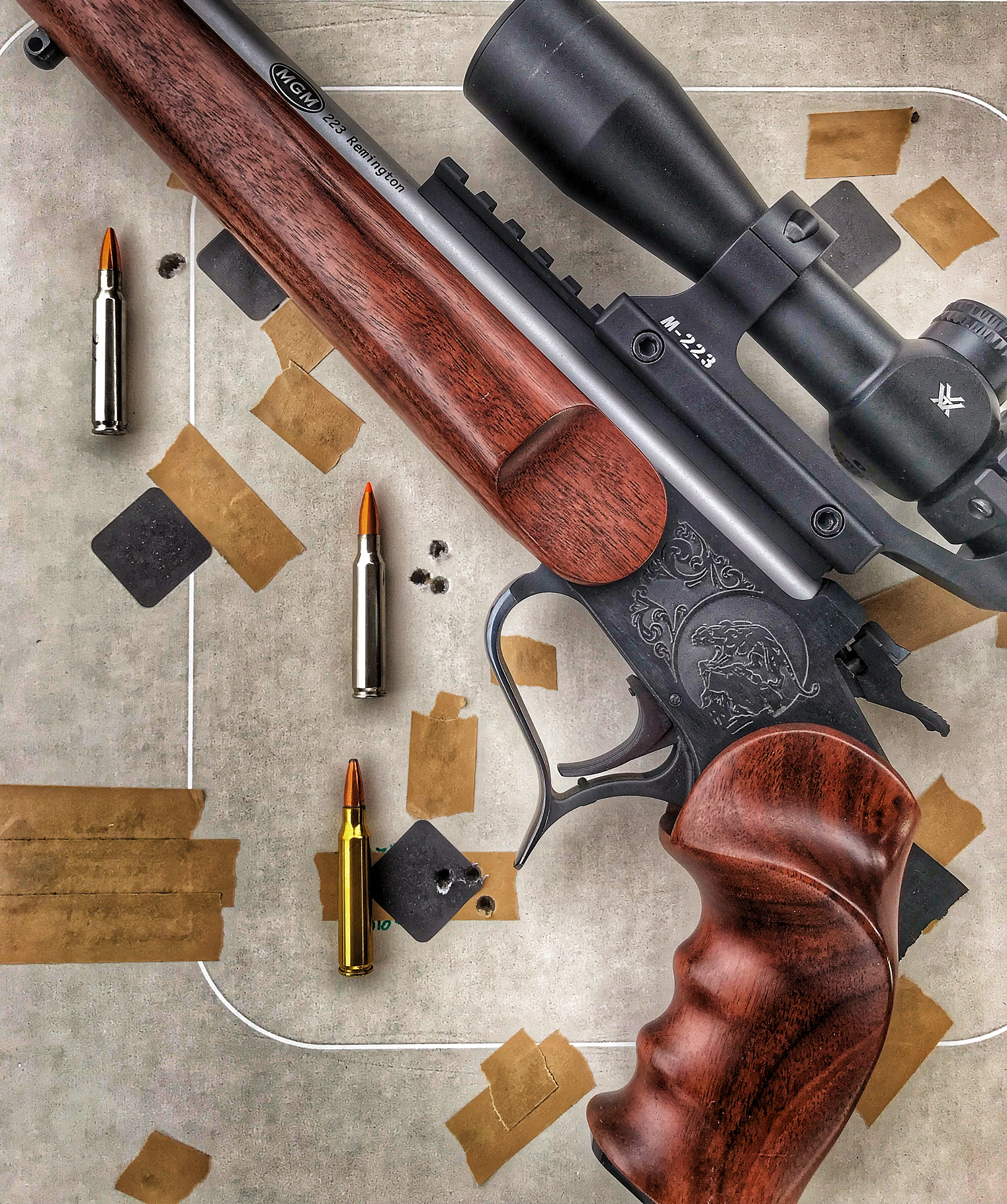 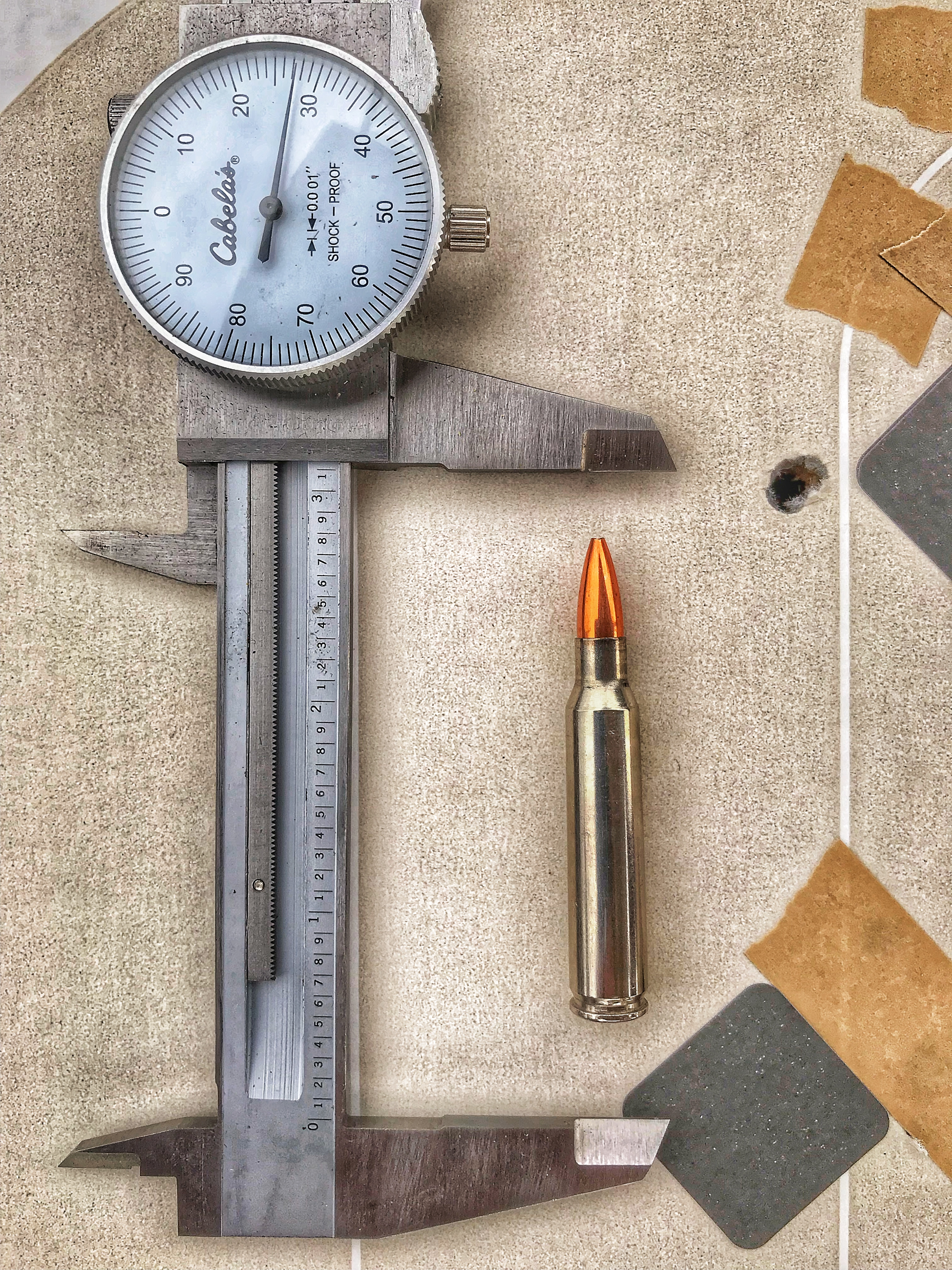 Peobably the tightest group I’ve ever shot with a pistol at .089” for three shots. And one of my better groups overall with any firearm.

I saw the first round hit. Then, thought I had an unstable bullet as I thought I missed the target completely with the second because I couldn’t find another hole. So, I fired a third and then saw the expanded hole. I’m a happy camper.

So now, I have a gun zeroed with 80gr A-Max and the data needed to load other rounds and adjust zero as needed. 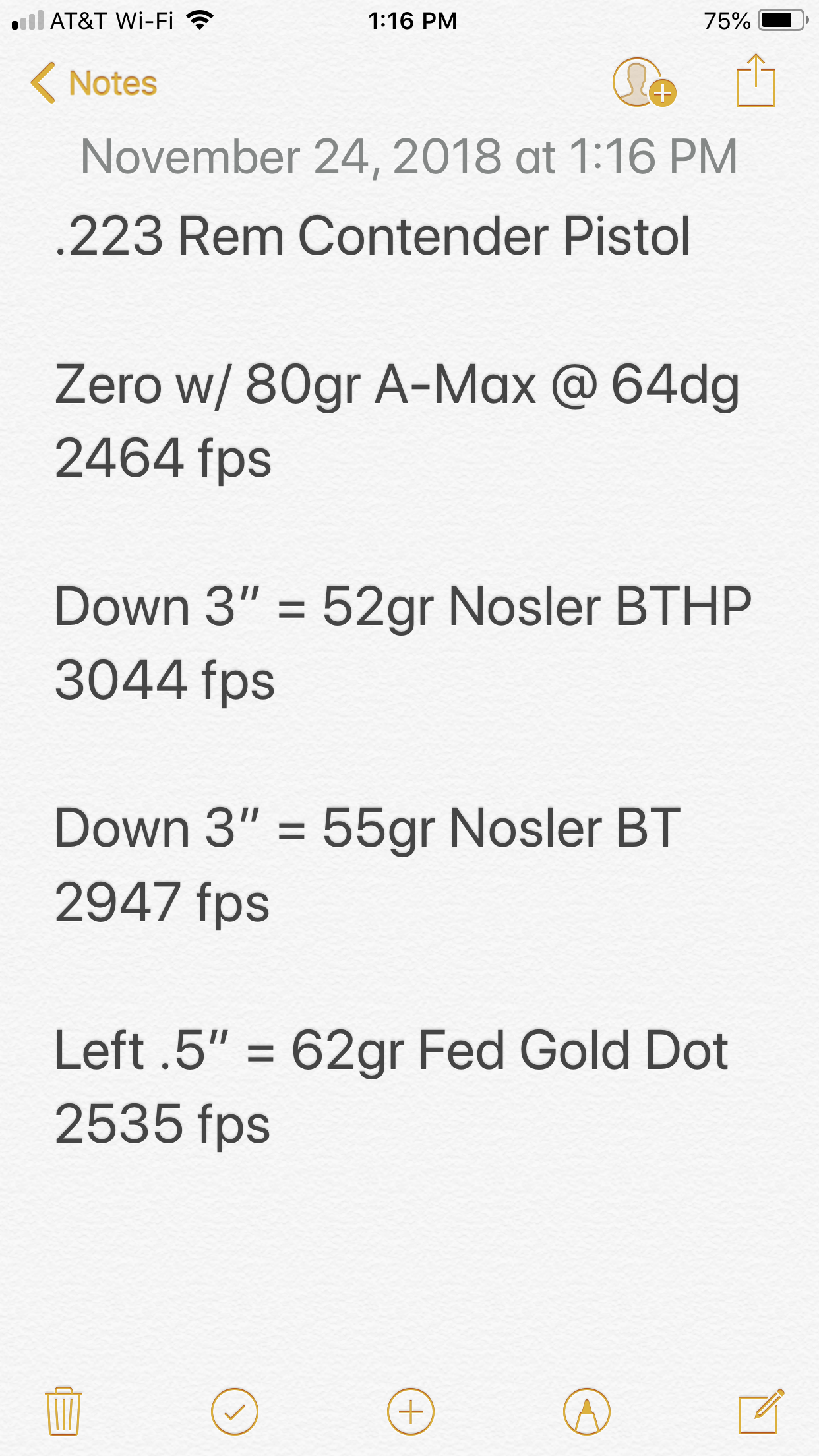