Zee Senior MemberPosts: 23,967 Senior Member
November 2018 in Hunting #1
I had told a co-worker that I would get him a deer over the holiday. So, my rancher friend told me I could cull one this evening.

Asked my boy if he wanted to use a pistol or a rifle and he wasn’t sure. His first deer this year with a pistol had rattled him pretty good. He’d never experienced “buck fever” before that hunt. So, his confidence, even though he made a perfect shot, was jeopardized.

When we got to the ranch, I asked which one he wanted to practice with and he said the rifle.

Grabbed the rifle and set up the target for him at 100 yards. He got down behind the rifle and dry fired it a couple times as this was his first time with this particular rifle. Loaded a round and I told him, “Inhale, Exhale, Respiratory Pause, Press the Trigger.”  He did and sent the round.

“Wow!  That was easier than I remembered!  I don’t know what I am all worried about!  Let’s go hunting!”

Yeah. This was his target. 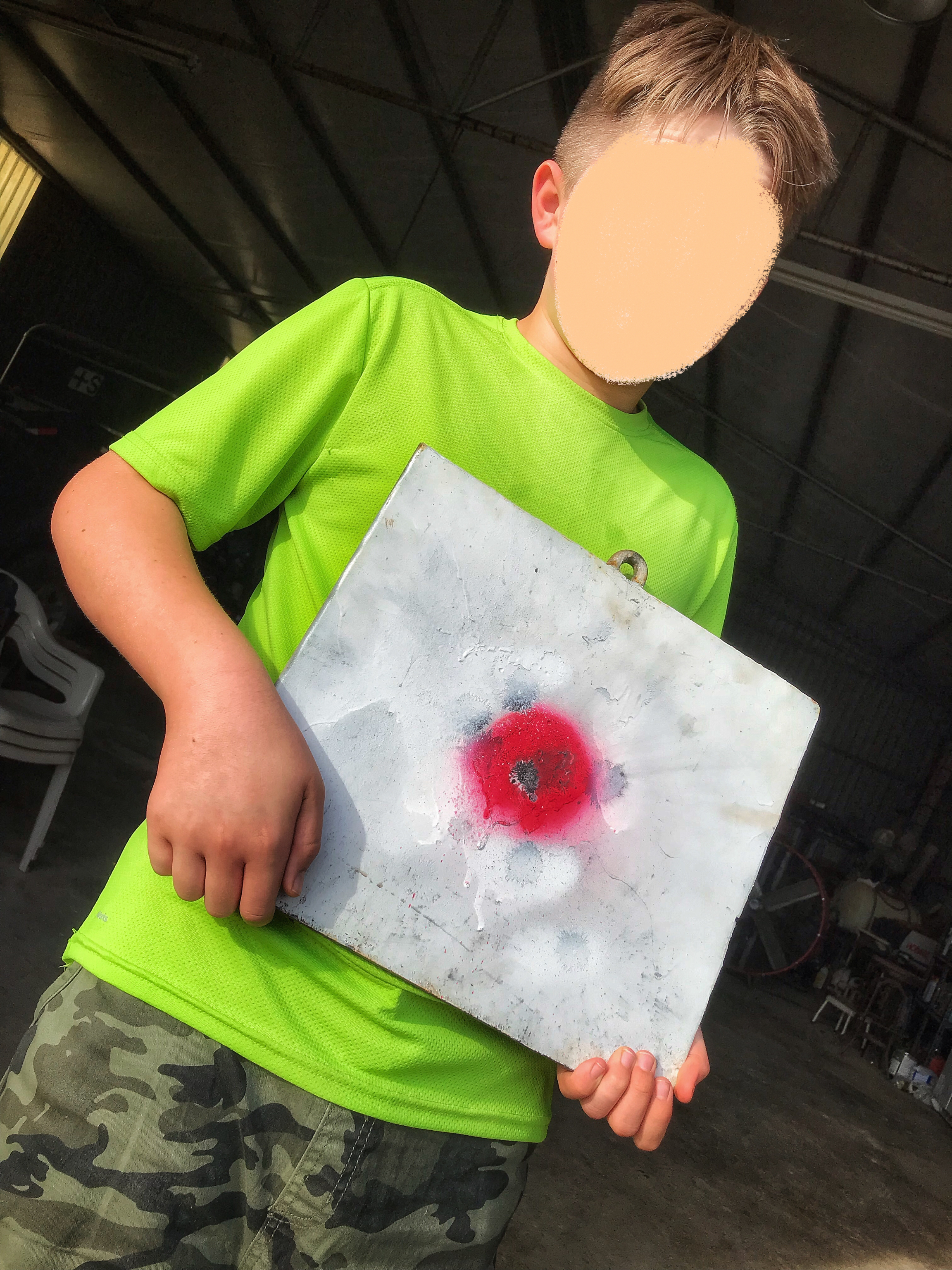 One shot in the middle. We loaded up and headed to the stand.
"To Hell with efficiency, it's performance we want!" - Elmer Keith
1 · Share on TwitterShare on Facebook