Tyson Timbs, the plaintiff in the case before the Supreme Court, was arrested in 2015 after selling heroin to undercover police officers. He pleaded guilty to one count of dealing a controlled substance and one count of conspiracy to commit theft, and he was sentenced to one year of house arrest followed by five years of probation. Additionally, the state of Indiana seized his 2012 Land Rover—which he had purchased with money received from his late father's life insurance payout, not with the proceeds of drug sales—on the ground that it had been used to commit a crime.

At the Supreme Court, Timbs' attorneys are arguing that the seizure of the Land Rover is an unconstitutional violation of the Eighth Amendment's ban on excessive fines and fees.

Justice Breyer pulled no punches with the Indiana Solicitor General. The responses by the SG are quite telling. Apparently he thinks speeding 5 MPH over the limit gives the State Constitutional authority to seize the car. 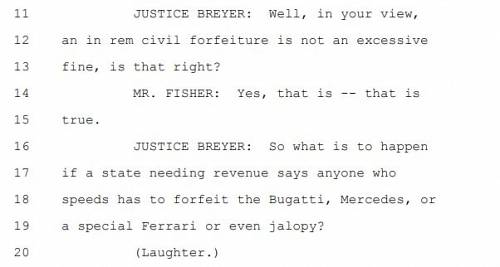 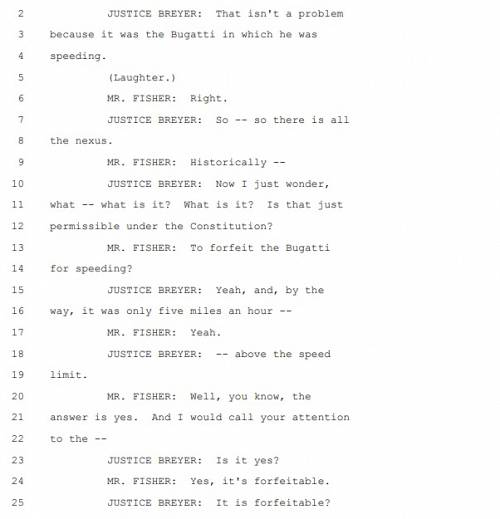