Deer number six for this season and moose number 2.5

TurdusMerula MemberPosts: 285 Member
November 2018 in Hunting #1
Today was a very grey day here in Finland. We were hunting moose and deer. Preferably in that order which one to shoot.
In the morning in the first drive one huge moose cow came 30 yards from me but it was just near the forest so I couldn't be 100% sure she hadn't calf with her so I didn't shoot her. But a guy 400 yards away from me saw that there were no calves following her while she was crossing the field and shot it.
Then we moved to another area. When I got to my place in one field I heard from the radio that our neighbouring hunting club had a 1,5 year old moose cow with their dog in our hunting area and we can shoot the moose if we see it. I was in that field with my father. About 150 yards between us. After a couple of minutes we heard the dog barking. Barking came closer at steady pace and I started to wait if they would appear to that field from the forest. After about 5-6 minutes I heard snapping branches across that field. Within seconds moose stepped in to the field but I could shoot as the dog was in the line of fire behind the moose. Then I saw a puff in moose's side and heard a bang from my dad's gun. Moose continued at steady pace straight towards me and I desided to it another bullet. I shot it into it's chest. Instantly young cow started to stumble and soon fell. Into the ditch, of course

Owner of the dog came to pick up his dog and was happily surprised as our club had decided to give this moose to their club. We have a gentleman's agreements with them to help each other. I have got three deer while we were as guests in their area. From their licences...
After that we picked up the moose cow from the early morning's drive from the muddy field. I thought that we would take it to our "slaughter house" and into the refrigeratored room but other wanted to take a short drive on the third location of our hunting area.
No moose, but after about 25 minutes of wait as the drive was already ending I saw a deer buck running across the 250 yard field. When it got closer to the forest across the field I decided to shoot. It was trotting fast but steadily when I pulled the 798's trigger. Once again TTSX flew accurately and hit spine just behind the shoulder. Deer dropped in it's tracks like a sack of potatoes. Distance was 100 yards.
Nice saturday and tomorrow I'll be staying home as it will be Father's Day here. 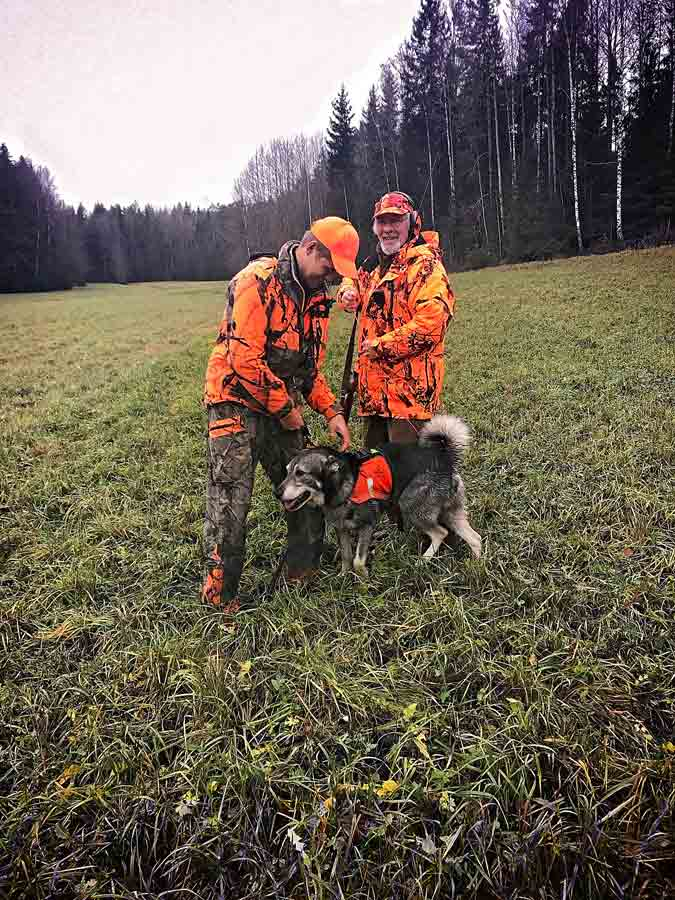 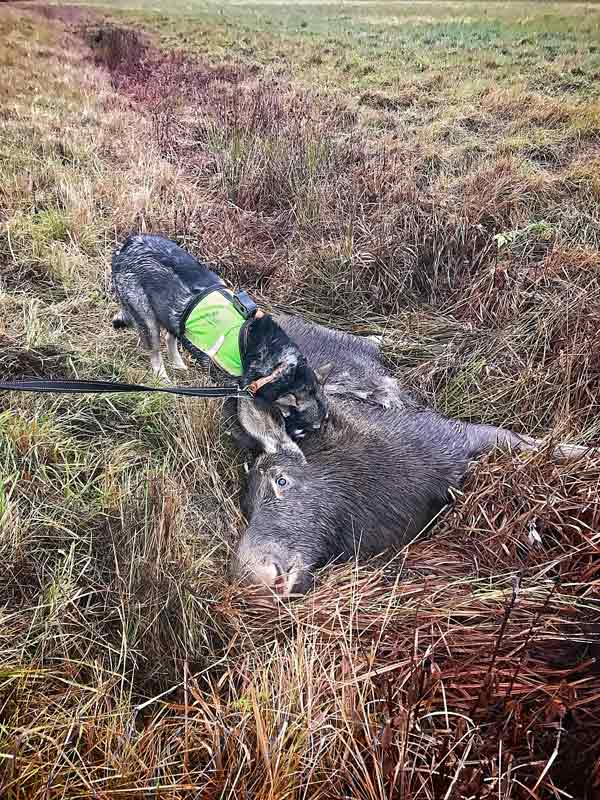 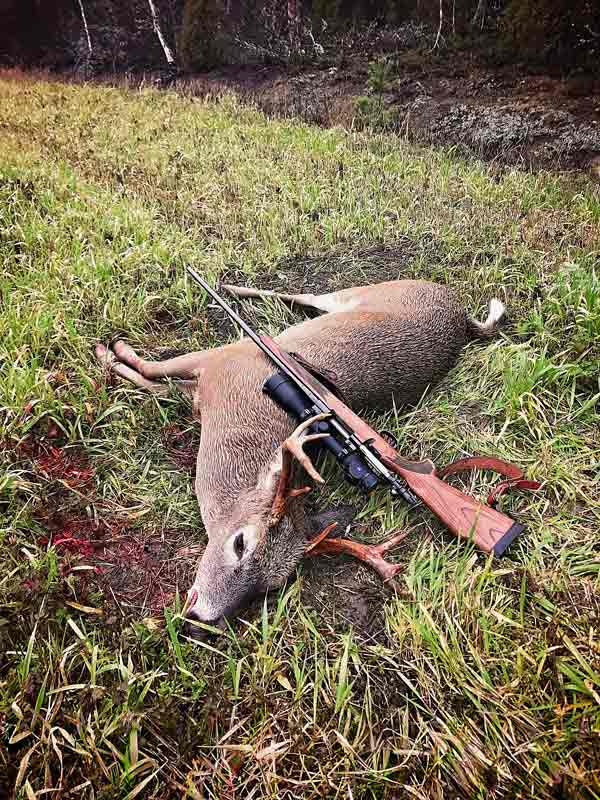