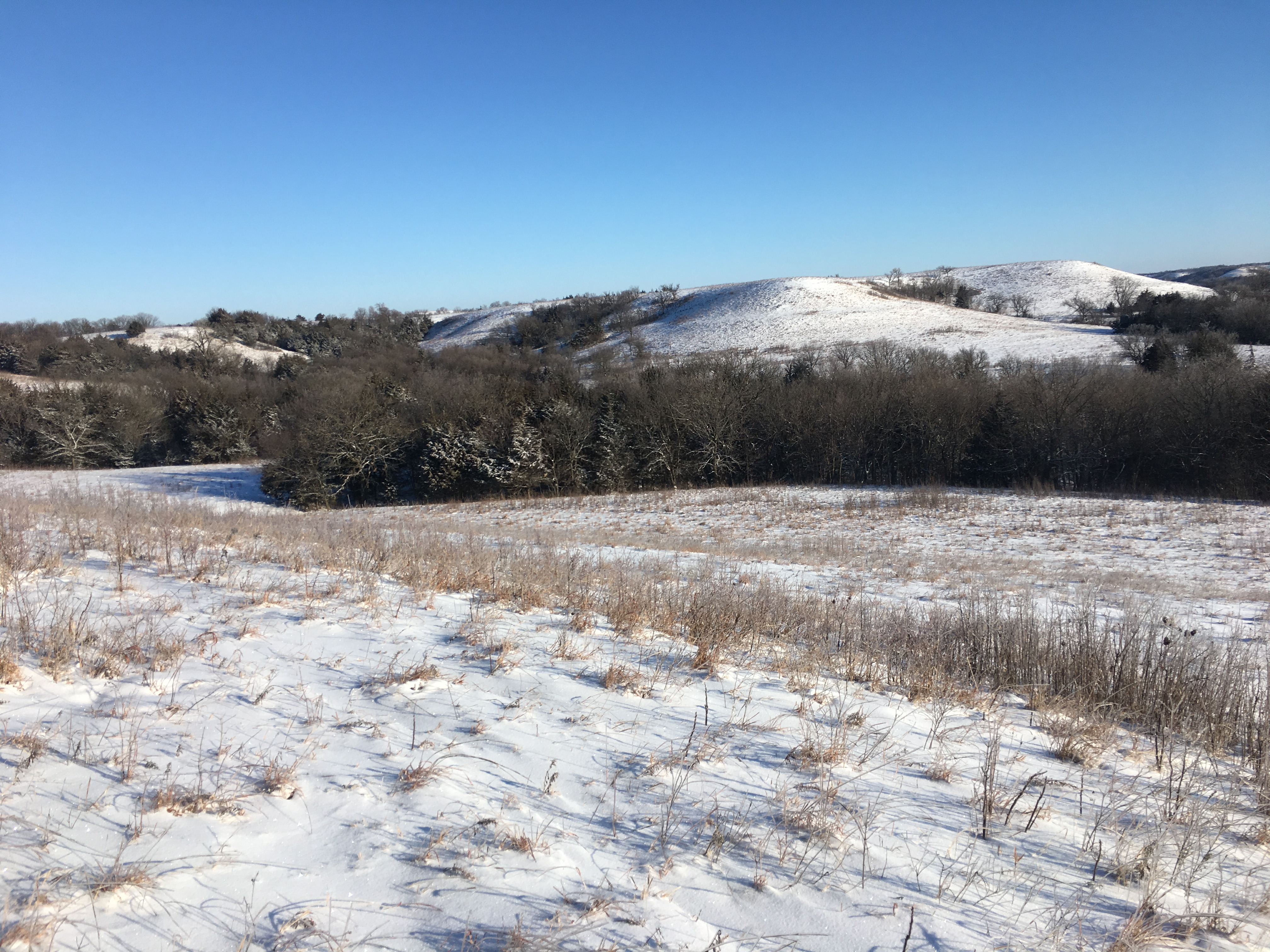 I went behind the house a ways and tried about four sets, no takers but cut one set of tracks from early this morning after the snow quit. I don’t know where he ended up. I called the draw the trail dipped into with no takers. Was a pretty morning, 10 degrees with no or little wind. I was going to the house past the steel target so I checked the rifle for being sighted in ,so at least I did shoot once today.