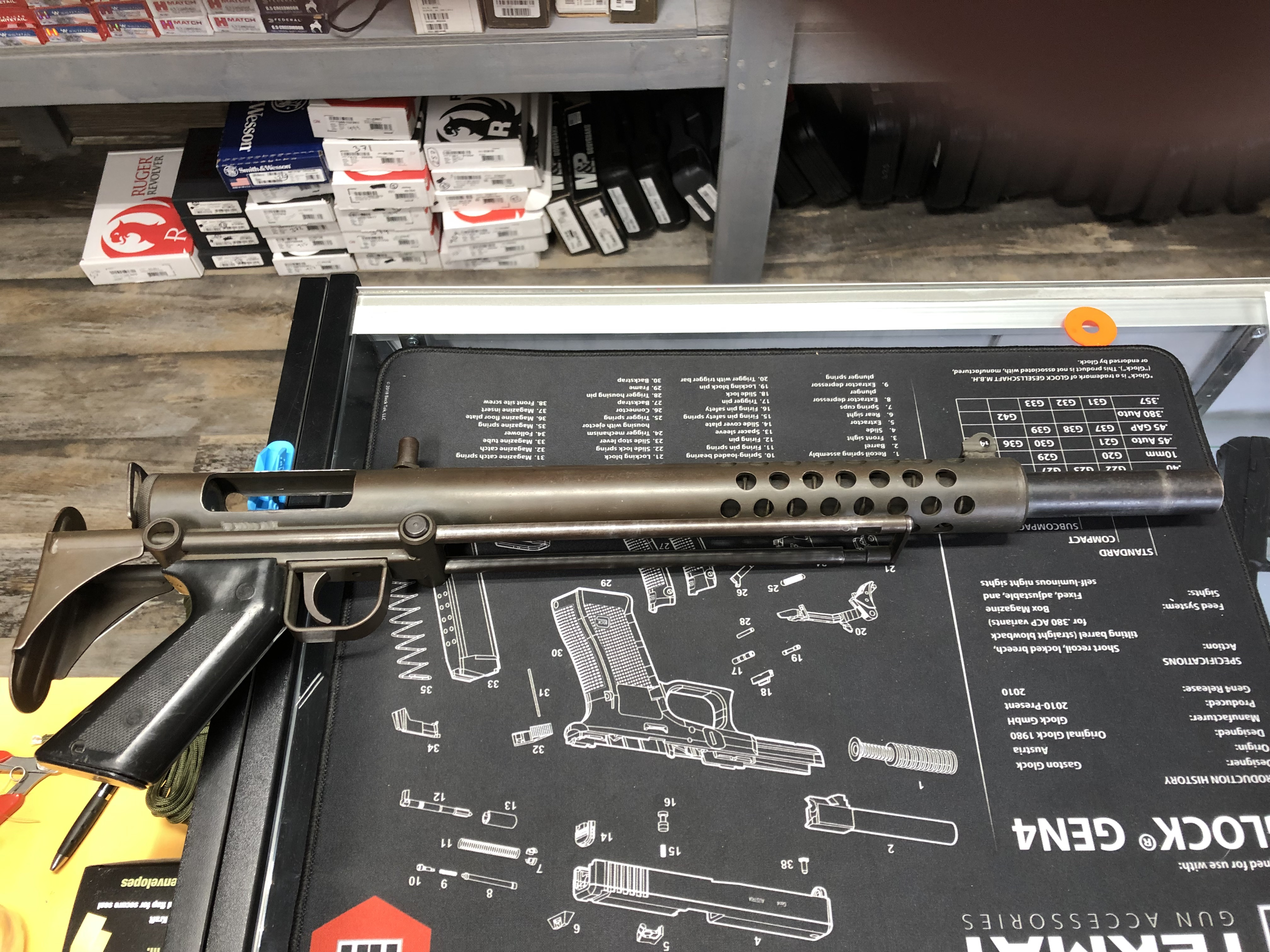 It's a single shot 12ga personal defense with a wire butt stock.
It fires from a an open bolt, as seen, and stays open after firing. When the trigger is pulled the breech closes/slams backwards and fires!! I know what it is, so let the fun begin!