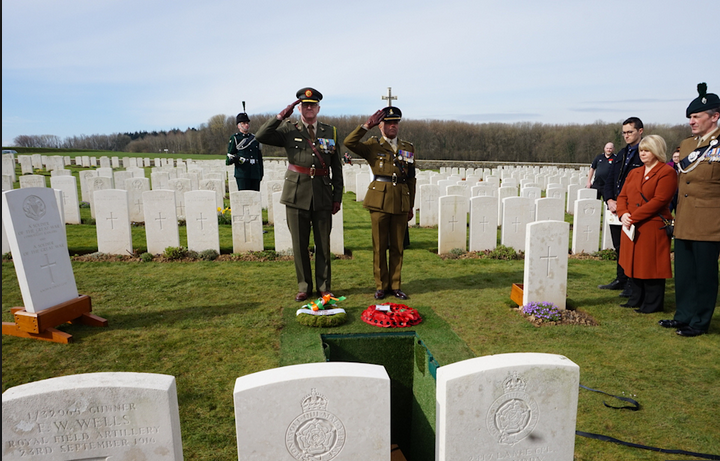 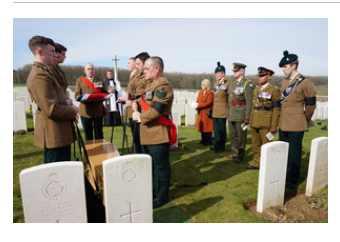 The first service (19 March) saw a soldier of The Royal Irish Rifles and an unknown soldier of an unknown regiment, laid to rest at Messines Ridge British Cemetery. The remains of these two soldiers had been discovered during work to widen a drainage ditch south west of the town of Wijtschate. Research, conducted by JCCC, shows they were most likely killed in either June 1917, during the Battle of Messines or in April 1918, during the Battle of the Lys.

A second burial service took place today (20 March) for a soldier of The Connaught Rangers and an unknown soldier of an unknown regiment at Guillemont Road Cemetery. The remains of these two soldiers had been uncovered during work on a wind turbine project near the village of Guillemont. They are believed to have been killed in September 1916.