Six-Gun Senior MemberPosts: 8,149 Senior Member
April 2019 in Hunting #1
I got lucky earlier in the year and drew a non-resident Iowa Region 5 Spring turkey tag.  I have a private land contact over there who set me up and helped keep dibs on the birds.  The catch is that these non-resident seasons are very short.  In my case, I drew Season 1, and only had April 8-11 to get my first Iowa bird down.  Moreover, I wanted to get it done using my first-ever wing bone call.  I made it from the Nebraska bird that I bagged just 2 weeks ago, and learned how to use it by practicing in my truck in that timespan.  I took a few days of leave and made this morning the litmus test for my newly acquired wing bone call-making and calling skills.

I set up on a field edge near a couple of hundred yards from a roost tree.  A rise in the cut bean field before me made for good cover approaching my blind, which I had set up this past Friday to minimize gameday disturbances.  As soon as the first hen clucks started about 30 minutes before sunrise, I made a few of my own on the wing bone call and earned some gobbles in return - definitely a good sign!

The first appearance was a single hen who came through within 15 yards.  Within a few minutes, she fed her way over the field rise, drawing my eyes to three Toms working their toward my calling.  They were taking turns strutting and otherwise displaying in my direction until one bird caught sight of my Avian-X strutter decoy.  I had it set up with a real Jake fan in its rump and paired with a feeder hen decoy.  The anger surged immediately and all 3 birds started charging in at half-strut, looking to thump the perceived interloper.

Thump they did.  All of the Toms surrounded the Jake decoy, spitting and Indian dancing around him until one finally kicked the decoy to the ground.  They continued circling the rubber Jake as it listed forward like a torpedoed ship.  After picking out a nice bird and waiting for him to separate, I sent a 3.5" load of #6 Winchester Long Beard XR into his neck, folding him right up and ending my hunt before all of the birds were even out of the roost.

His buddies hung around for a long time, offering a chance to have some fun with my owl hooter shock call.  I even got to watch a still-roosted gobbler strutting to my calls on a tree limb behind them with the hunt already well over.  Needless to say, this was one to remember! 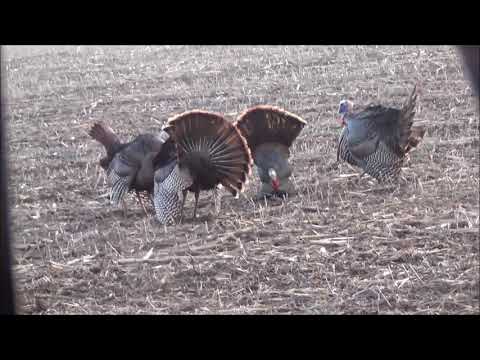 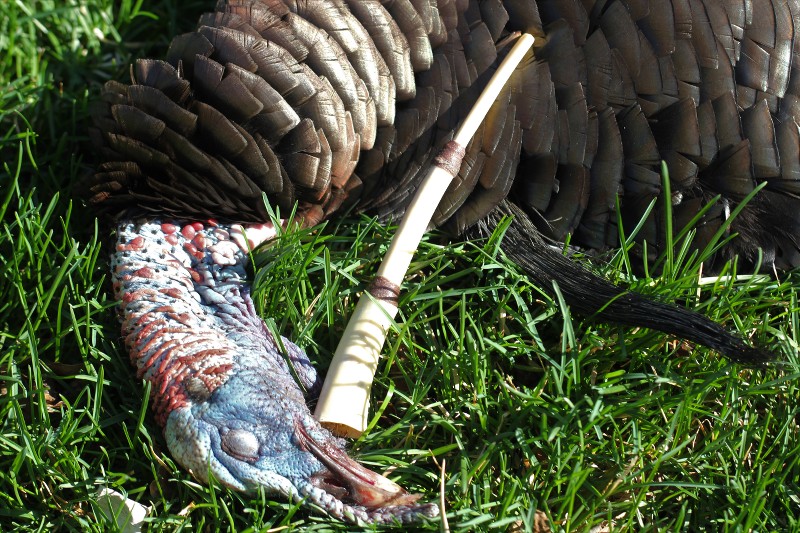 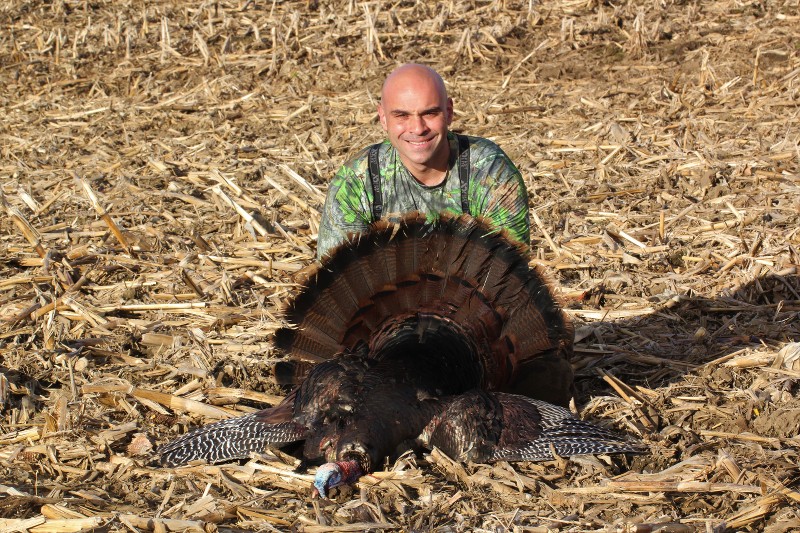