Went for pigs. Shot a yote. 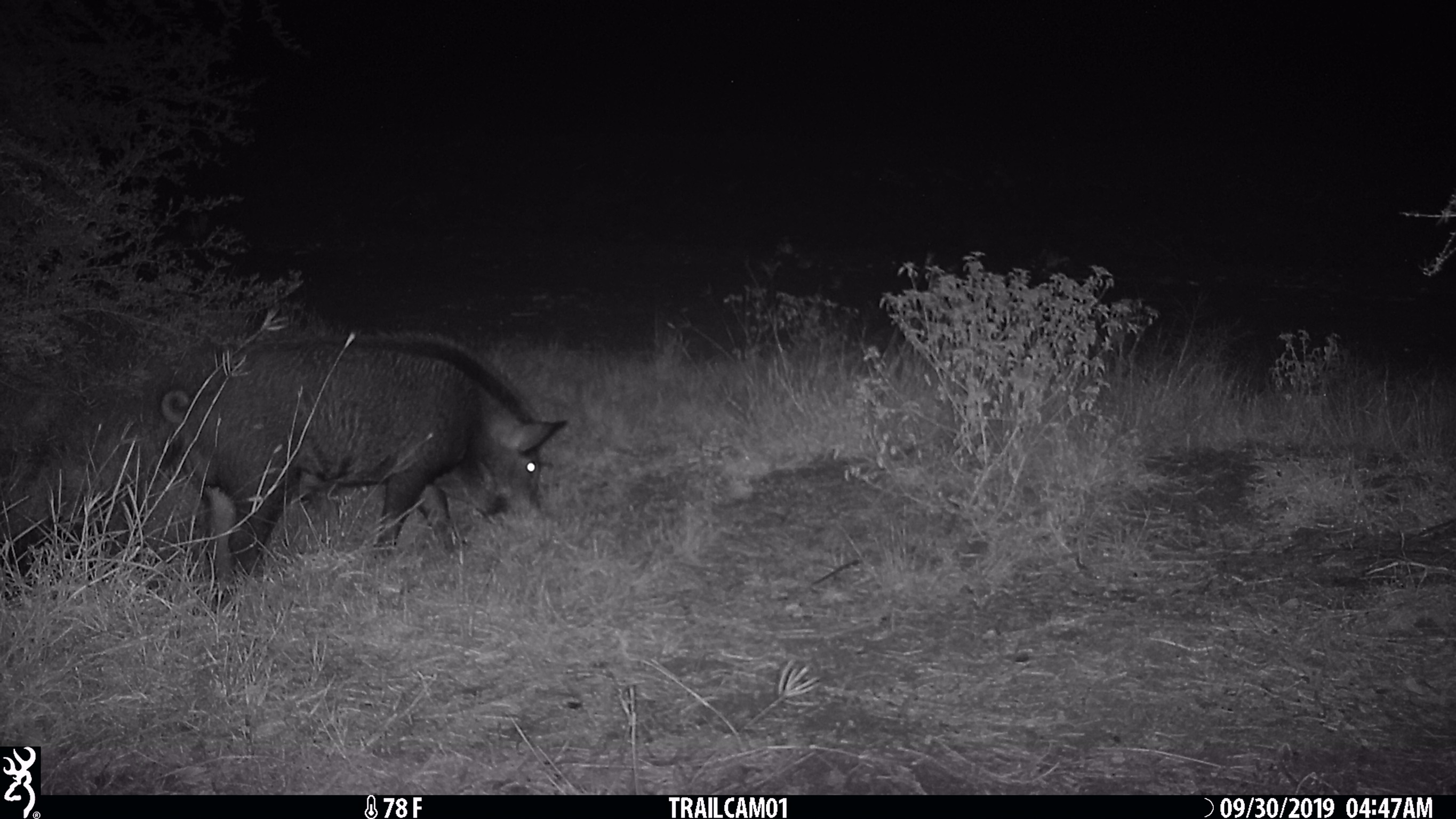 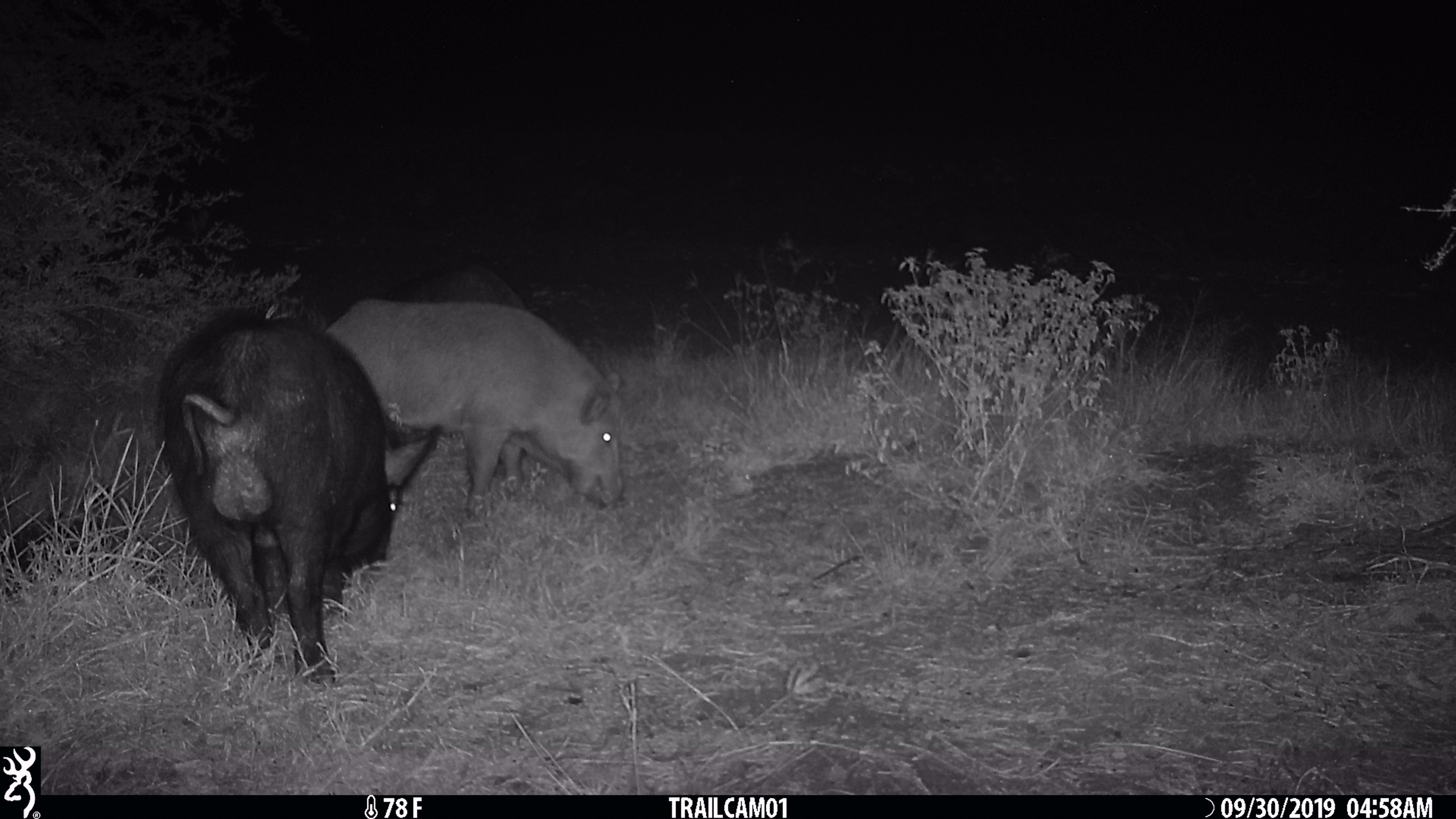 When I got to the field tonight, I could see some pigs by the corn I put out. But, by the time I started walking their way, 4 coyotes came trotting down the fence line and the pigs went through the fence to the neighbors fields.

Once I got around to the hole in the high fence (Fields are fenced to try and keep animals OUT and away from the crops. Doesn’t work. Pigs root under the fences to get at the crops.) the pigs had moved off into the neighbors property and the yotes were further down the fence. So, I sat down a waited.

About 9:45, the yotes started coming back my way with the big one in the considerable lead. I let him keep coming with hopes the others would catch up and maybe give me a double. But, at 75 yards, the lead dog pulled up and started looking around. Bird in the hand.......

I sent a 168gr Hornady ELD-Match through his quartering towards on side shoulder and he dropped like a rock.  The others ran to the opposite side of the field and hug around for a bit until they crossed through the fence to the neighbors.

Guess I need to talk to the neighbor. I know him. Maybe he’ll let me go after pigs if someone else doesn’t already have dibs.

Anyway, my biggest yote to date and first animal with my new Surefire Suppressor. 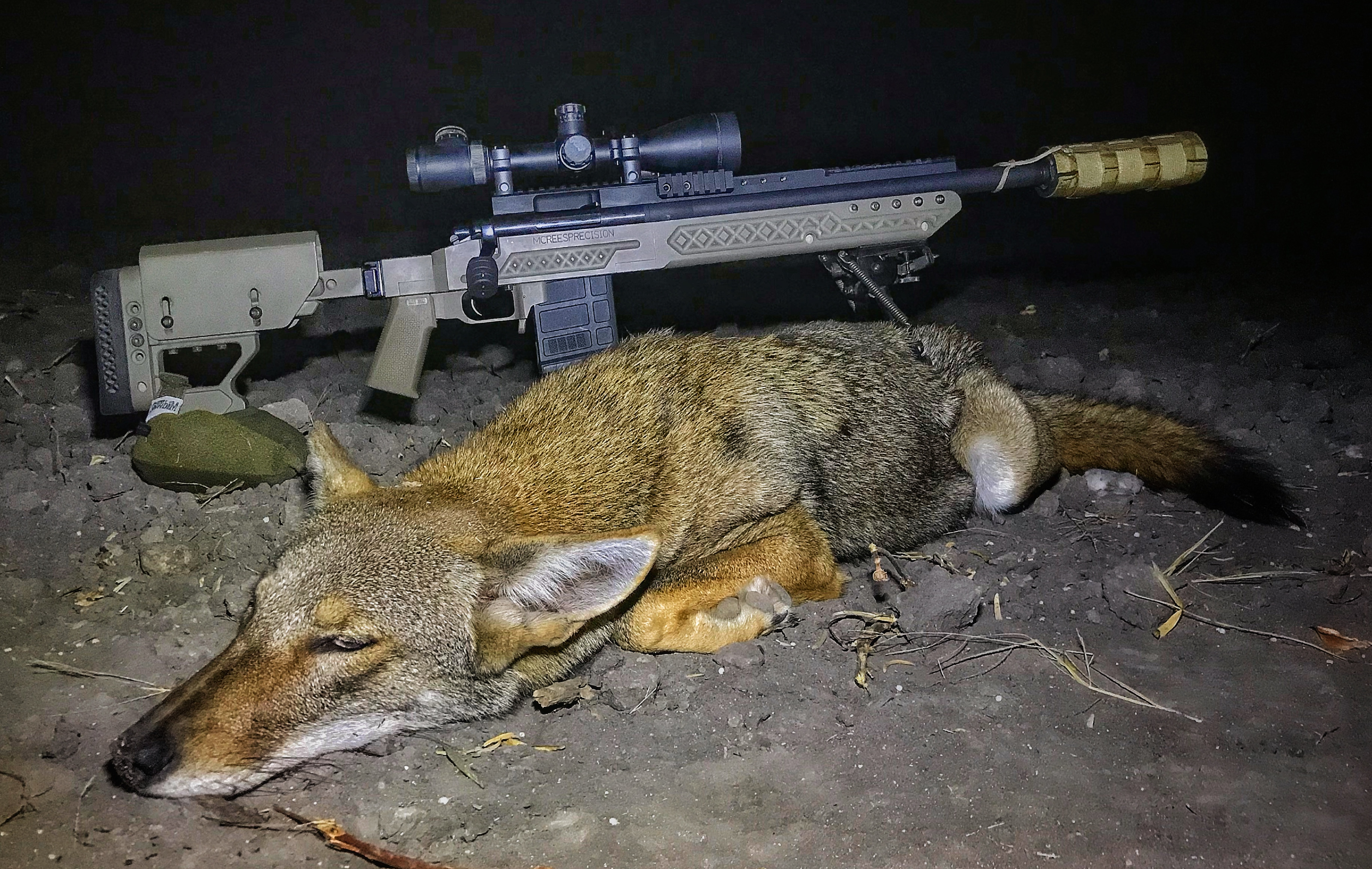 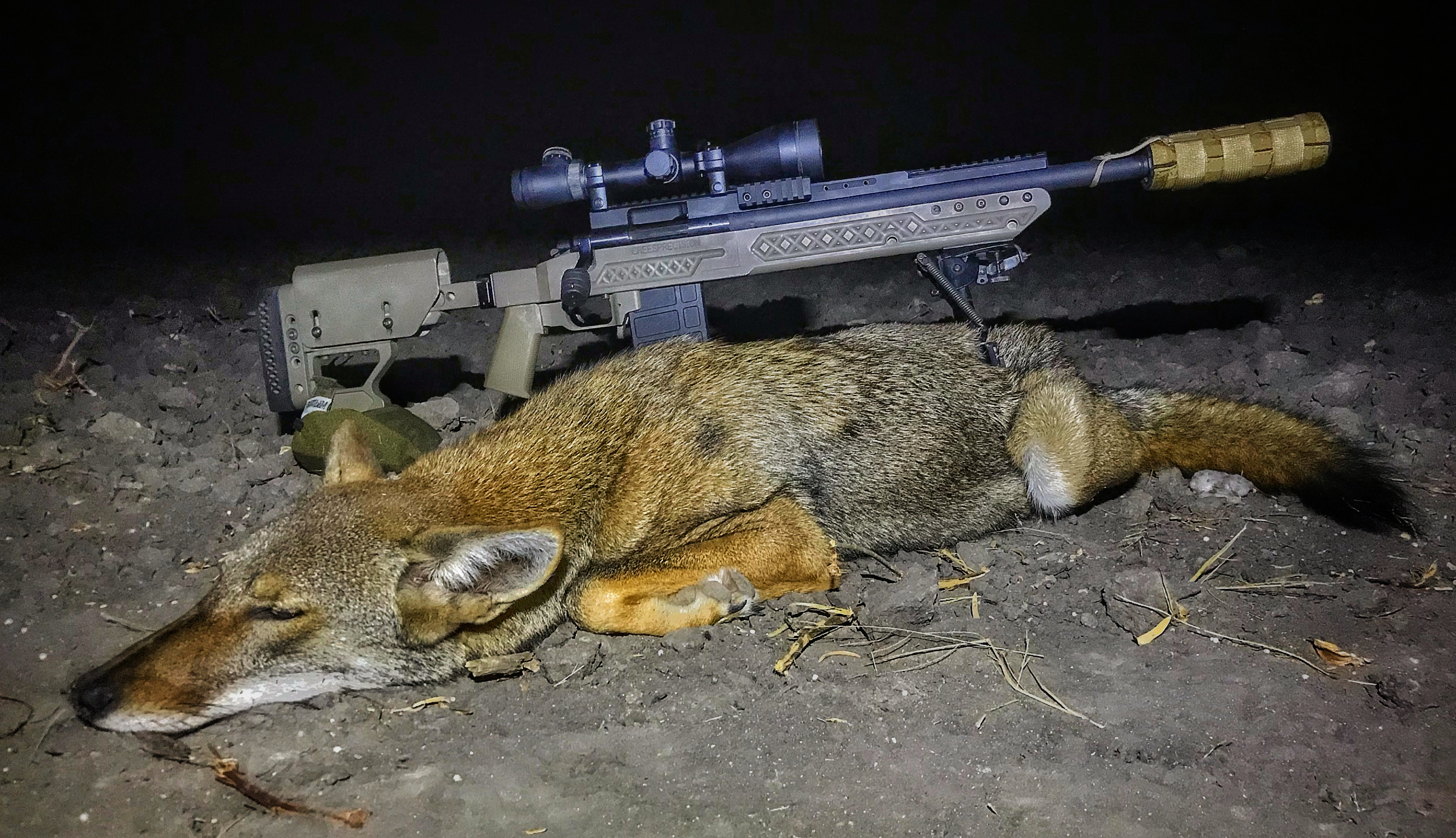 This might be a picture of him earlier this week. 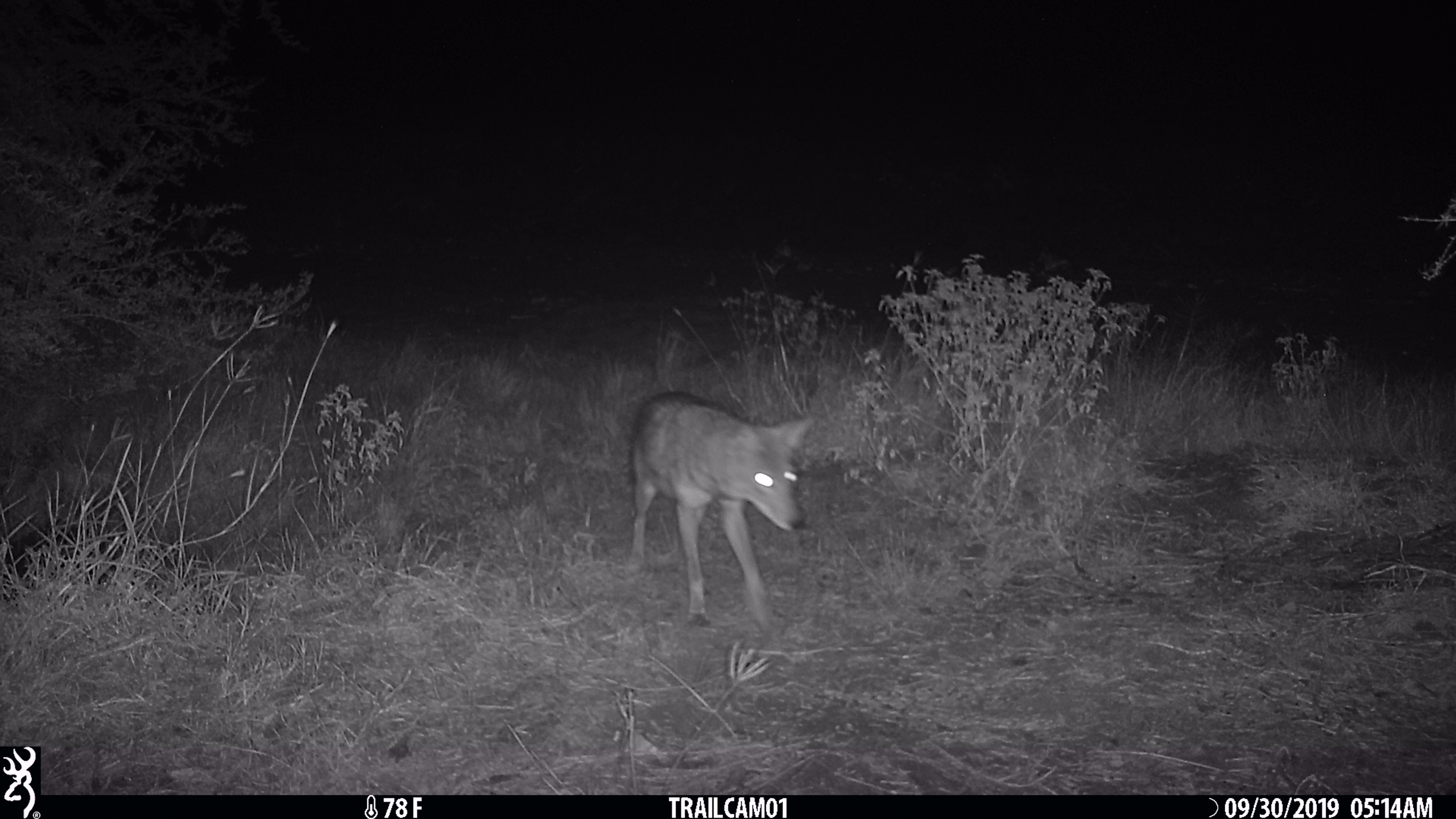 And I might have a picture of him just before I shot him.  I’ll check the camera tomorrow.

Here is the exit.  Just behind the off shoulder. I’ll go back for the pigs Saturday night.