Zee Senior MemberPosts: 27,456 Senior Member
October 2019 in Hunting #1
I was too tired to go after pigs last night. So, I checked the camera this afternoon and I should have gone hunting. 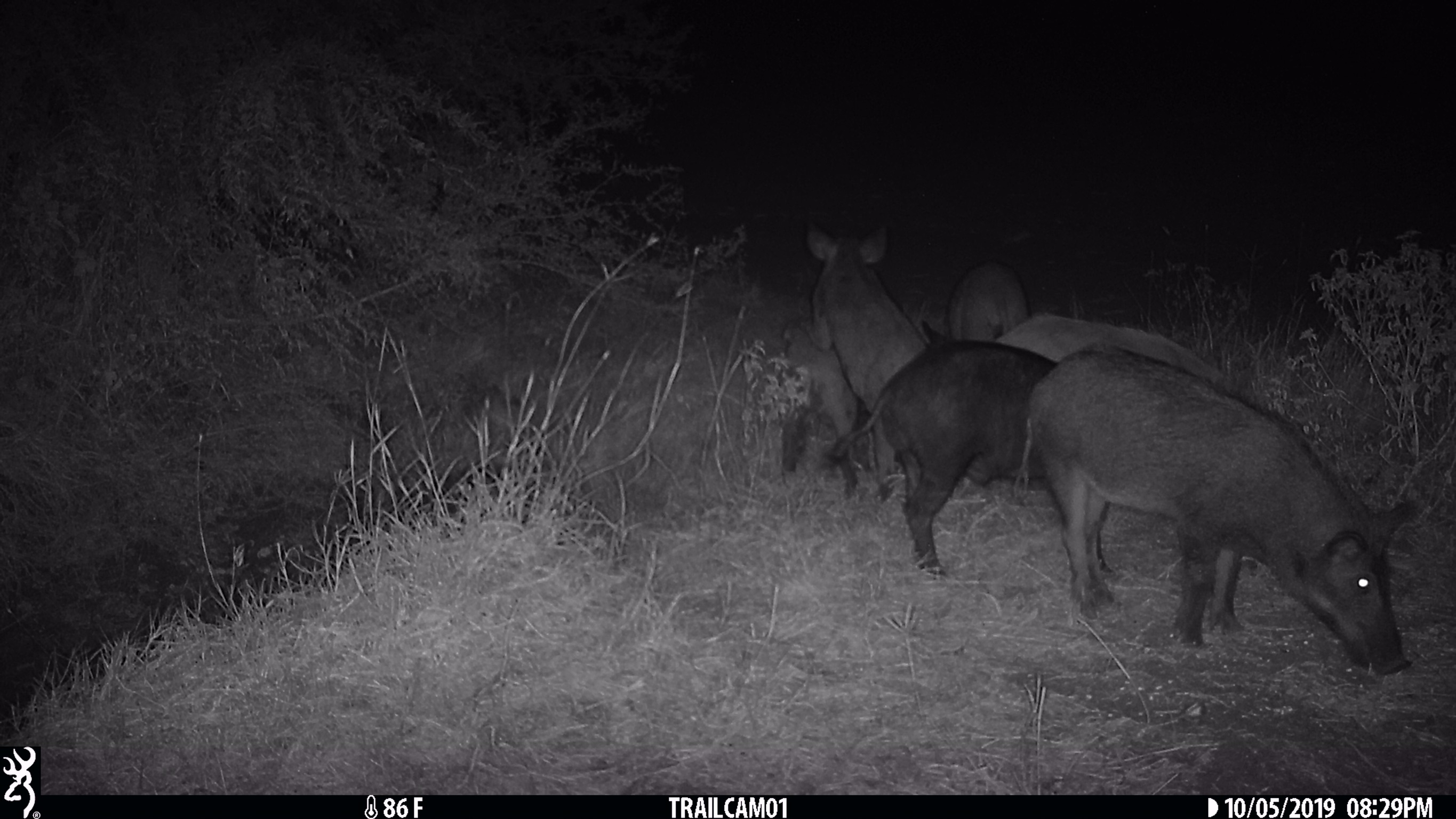 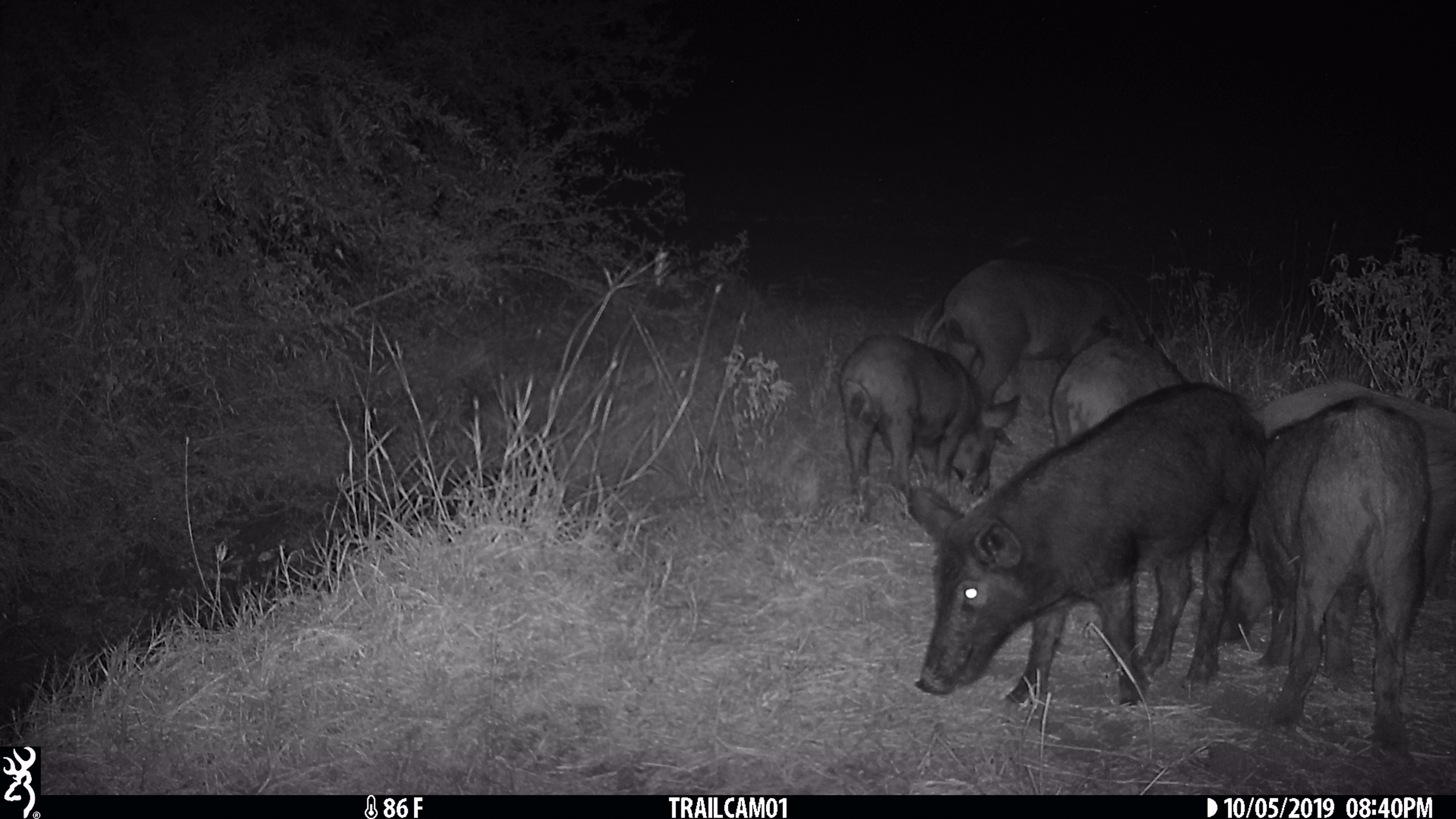 Decided to give it a try tonight for a little bit.

Got there about 8 and told myself I would give them until 9:30.

Now, I’m walking as fast as I quietly can along the ruts to get around the pivot and to the hole in the fence/corn before they do. Because, the wind is wrong and they might smell me. It’s a race to beat them and it was almost a tie. But, I got in position just before they got there.

Got prone and aimed in on them. There were 9 and they weren’t the big ones. Just the ones you see above. I picked out a couple boars that might go 100 and watched them come closer.

I was hoping maybe they would get to the corn about 75 yards away and I could either get a double with one shot or get multiple as they ran away.

Unfortunately, at 125 yards they put on the brakes. The blond pig threw up its nose and I knew the gig was up. They wheeled and started trotting the way they had come. The only clear shot was the tail end pig and I aimed for the ear.

Being a freshly plowed field and the fact I was prone........the shot kicked up enough dust (even with a Suppressor) to obscure enough of my view to prevent any further shots at the others. Oh well. 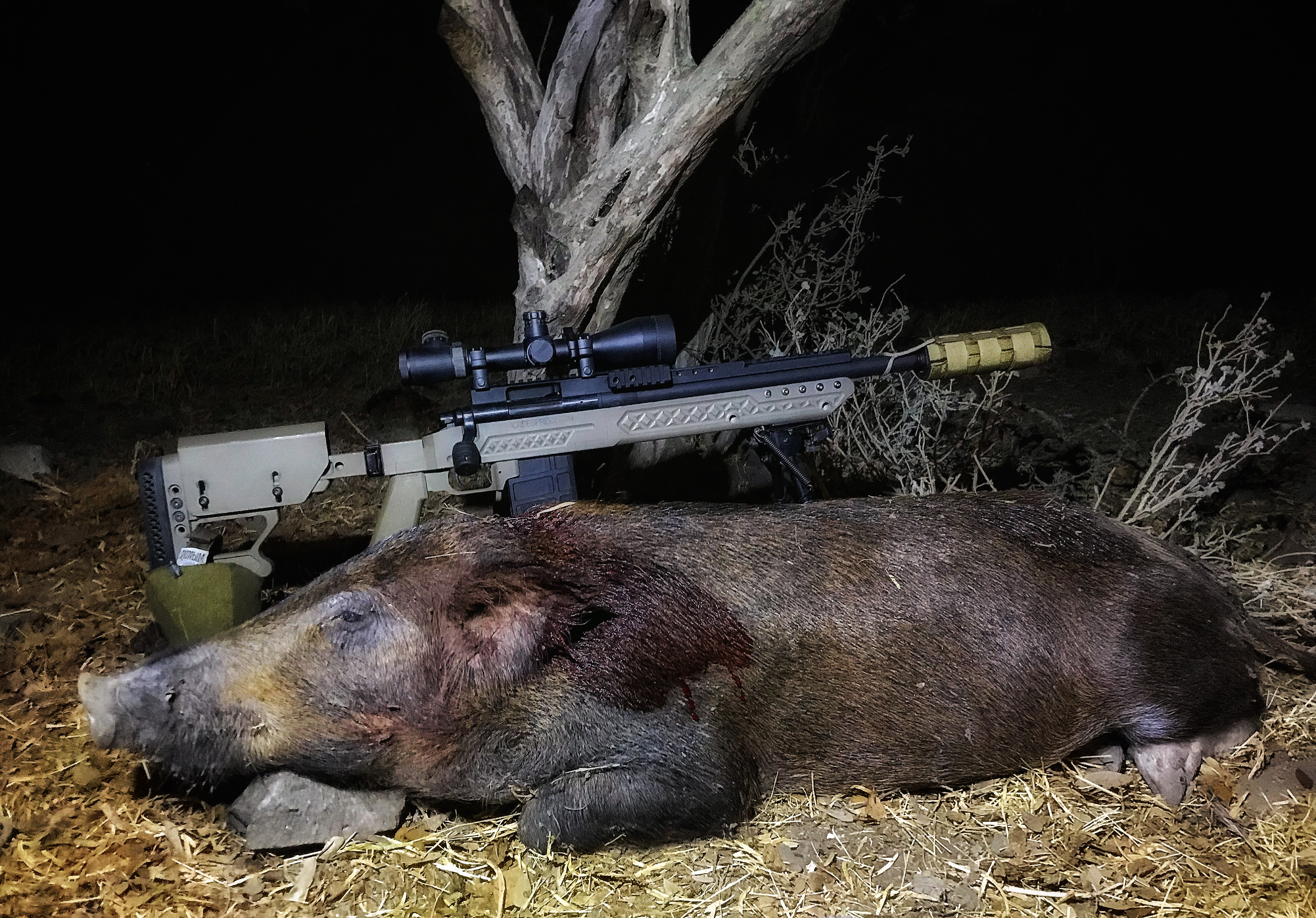 Shot entered just in front front of the shoulder and exited behind the off side ear. 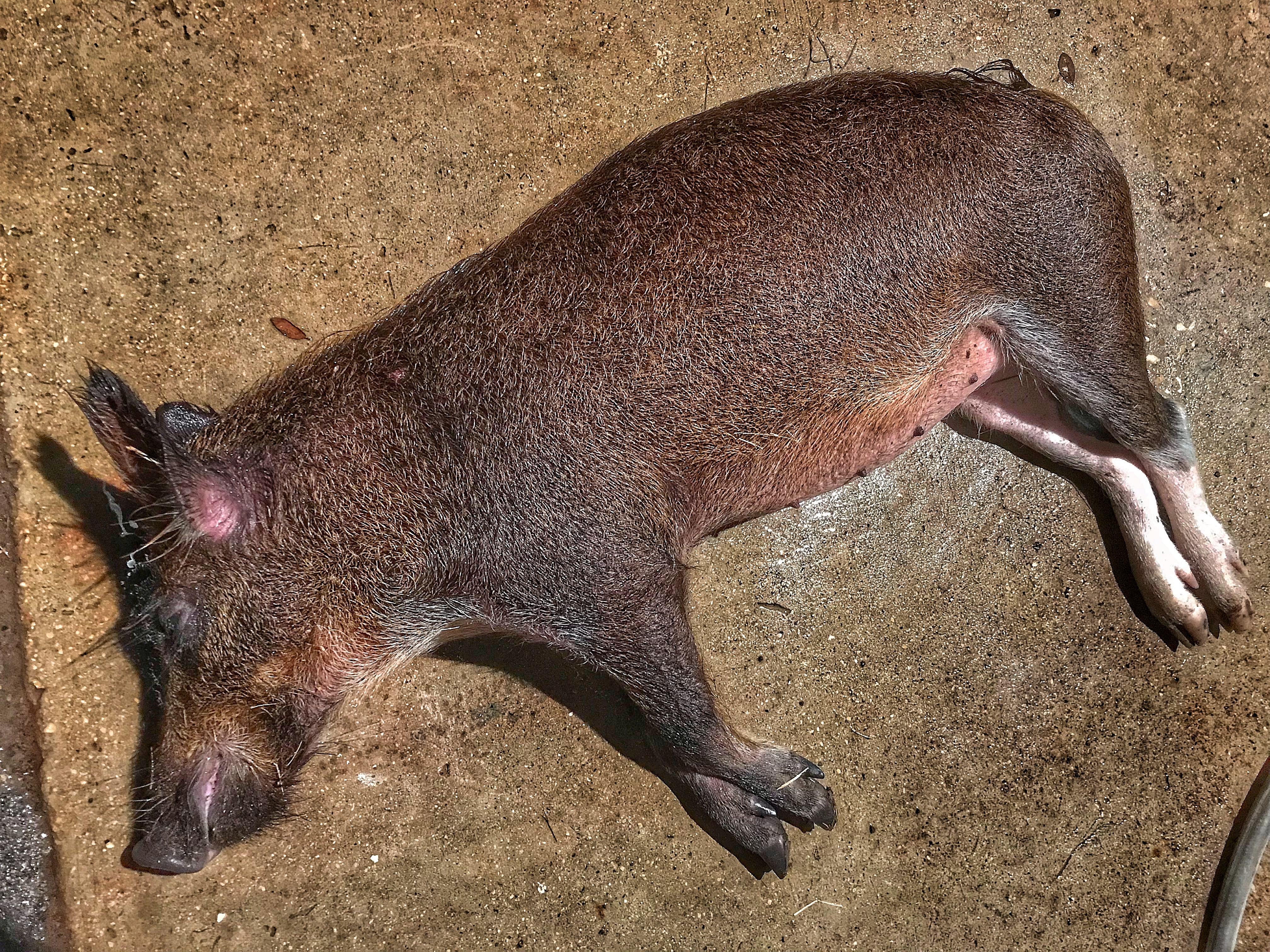 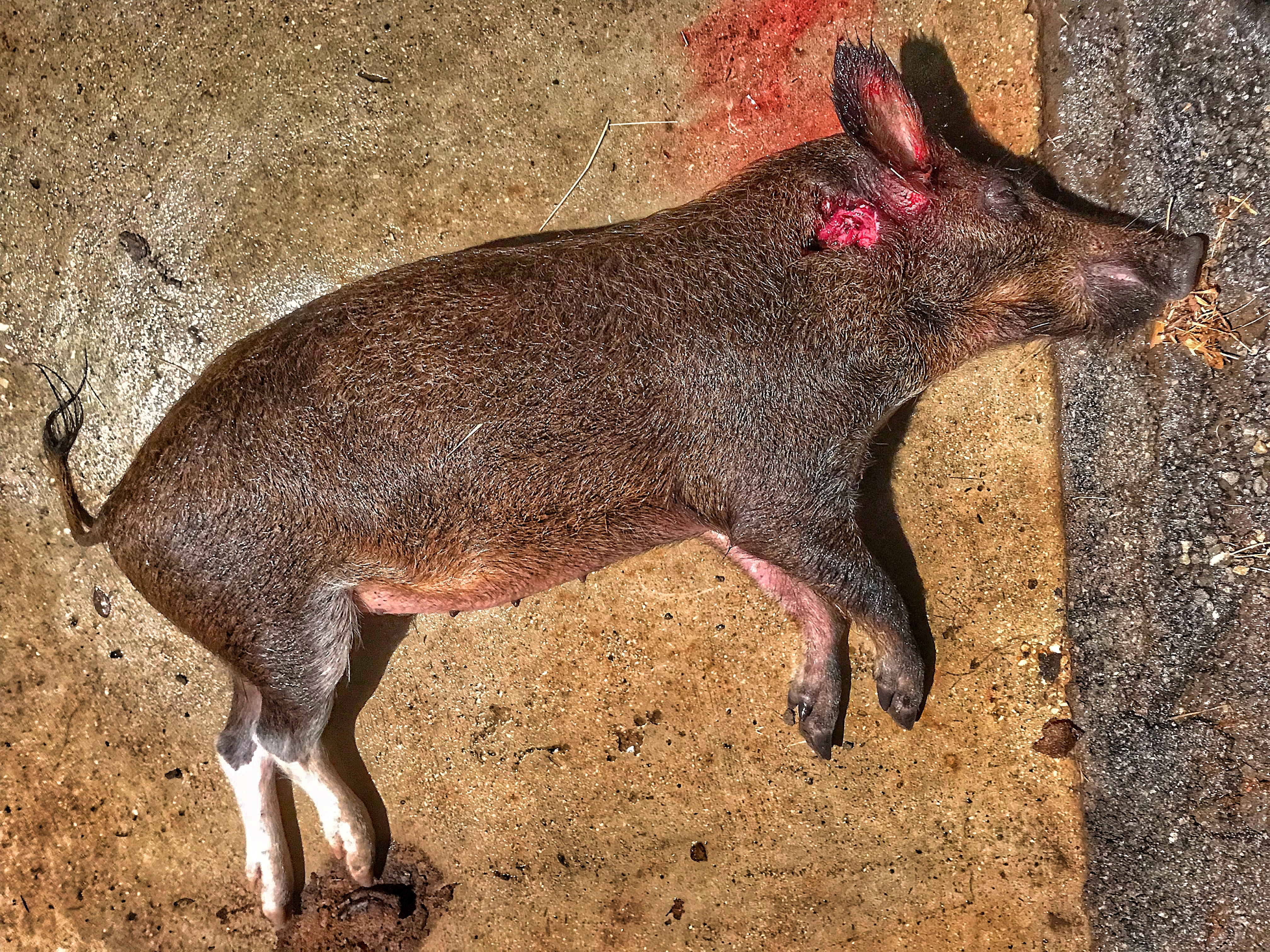 Ironically, I think that’s her in the first game camera pic, closest to the camera from last night. 😎

Anyway, one Pig was enough. I gotta get up in 5 hours. 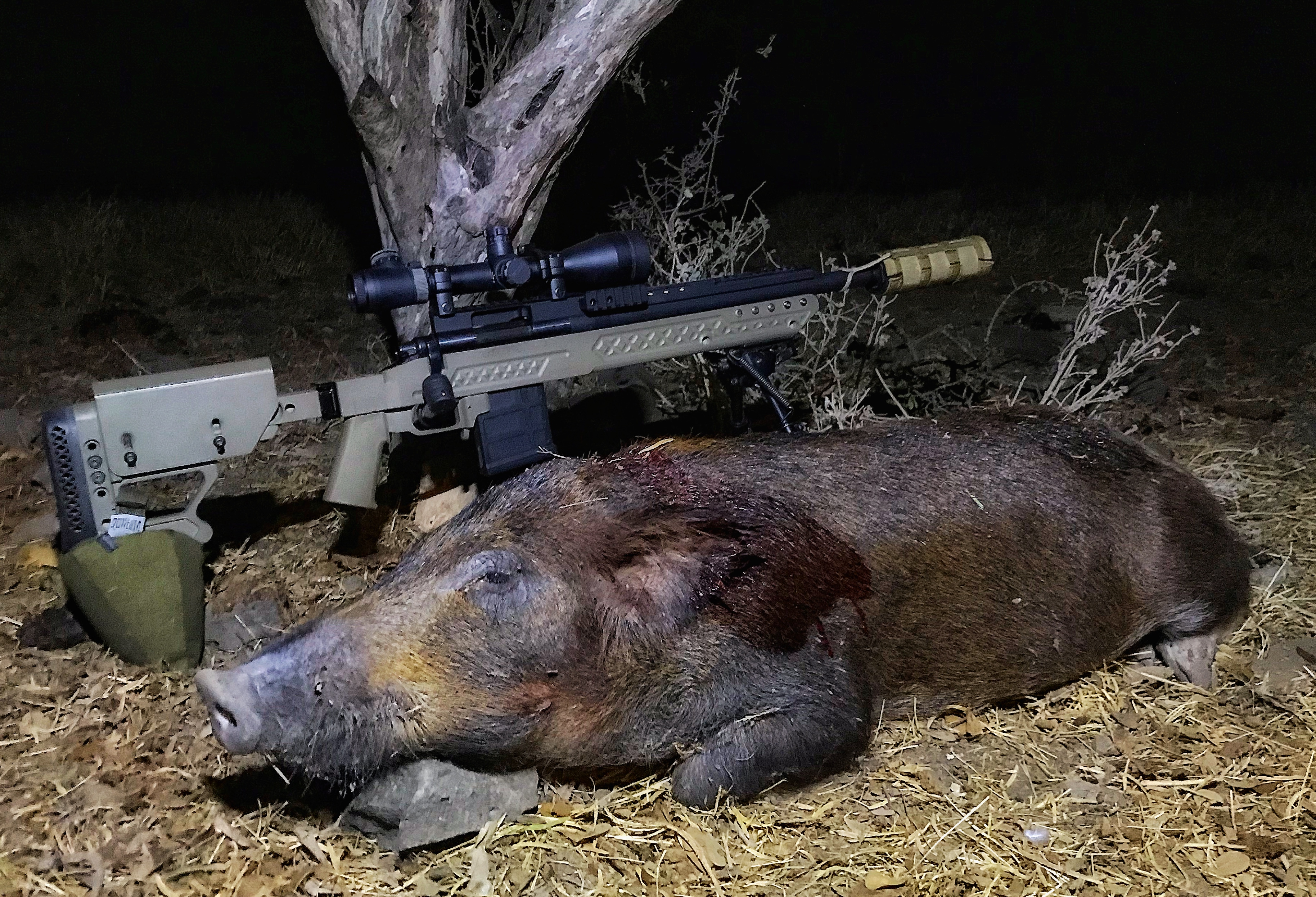