bullsi1911 ModeratorPosts: 12,127 Senior Member
November 2019 edited November 2019 in Personal Defense #1
I bought myself a 6”x6”x16” block of Clear Ballistics 10% FBI Gel the other day.   On Saturday between the morning and evening hunts, we fired a couple of different rounds into it just to see what they would do.  What we had available was:
-My surplus S&W Model 10 with the Matt’s Bullets HBWC loaded upside down over 4 grains of Trailboss.
-My CZ P10C loaded with 9mm Federal “Train and Protect” 115 Gr JHP
-My buddies Walther PPQ loaded with Remington “Green and White Box” bulk pack 9mm115Gr JHP.
-My EAA Witness Full-size 10mm loaded with Doubletap 180Gr “Controlled Expansion JHP”
-Oh, and the Ruger Redhawk 4” loaded with the last box of Winchester soft point 44Mag 240 Grainers

Here are the results! 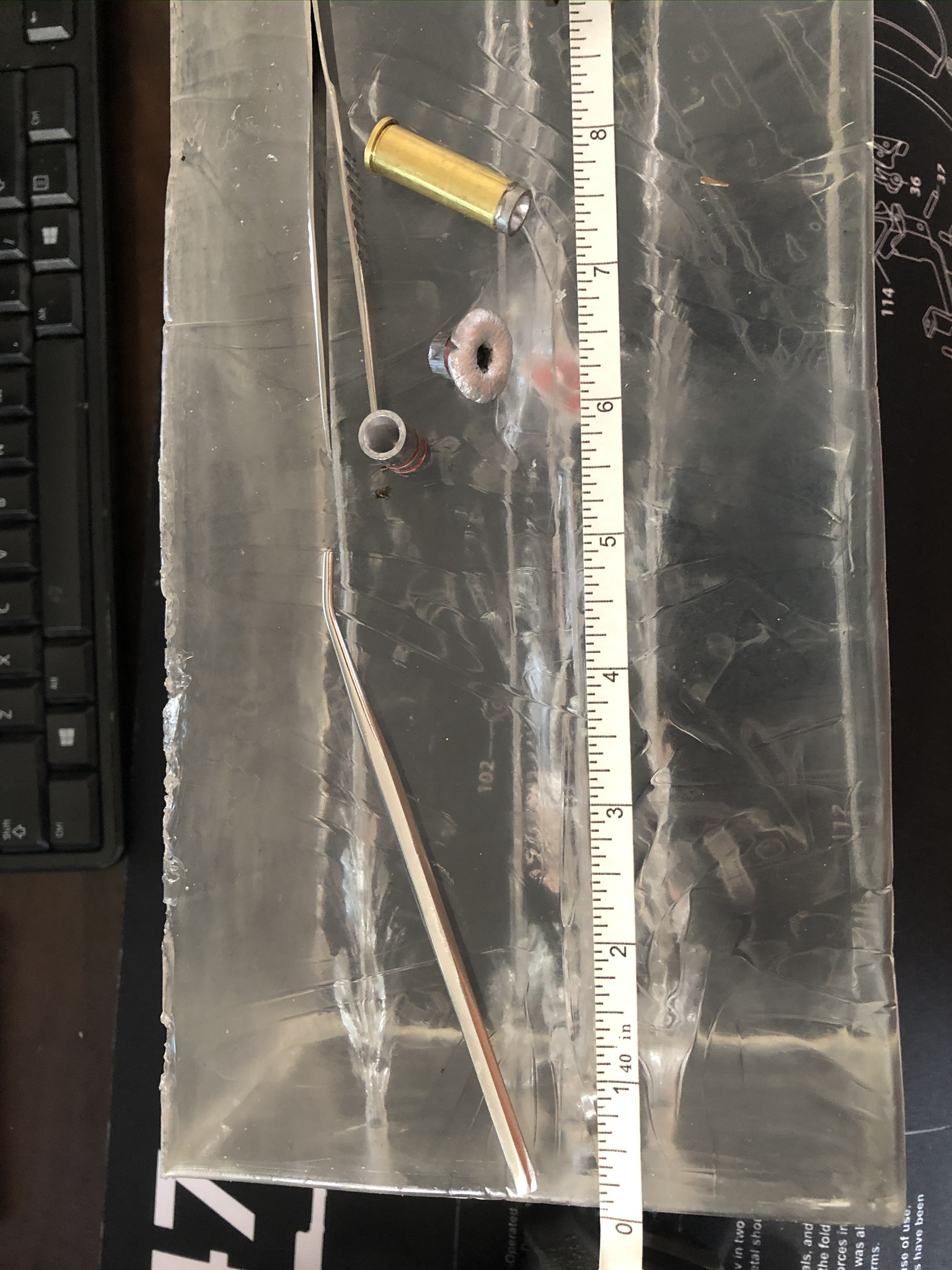 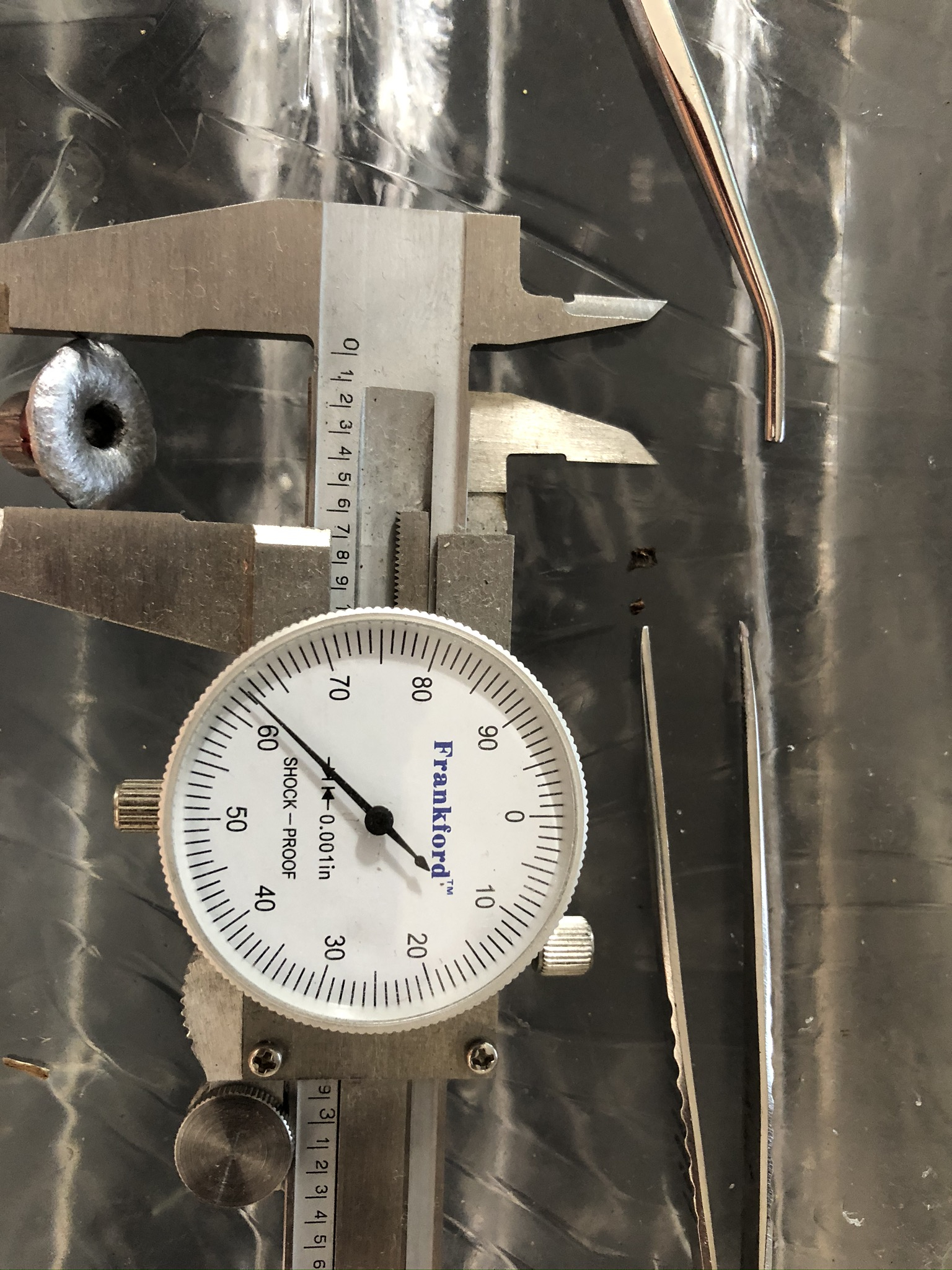 .662” Expansion.  Still thinking this will be a handy as hell load to have around.  Probably will knock the heck out of small game.  I will continue to play with it. 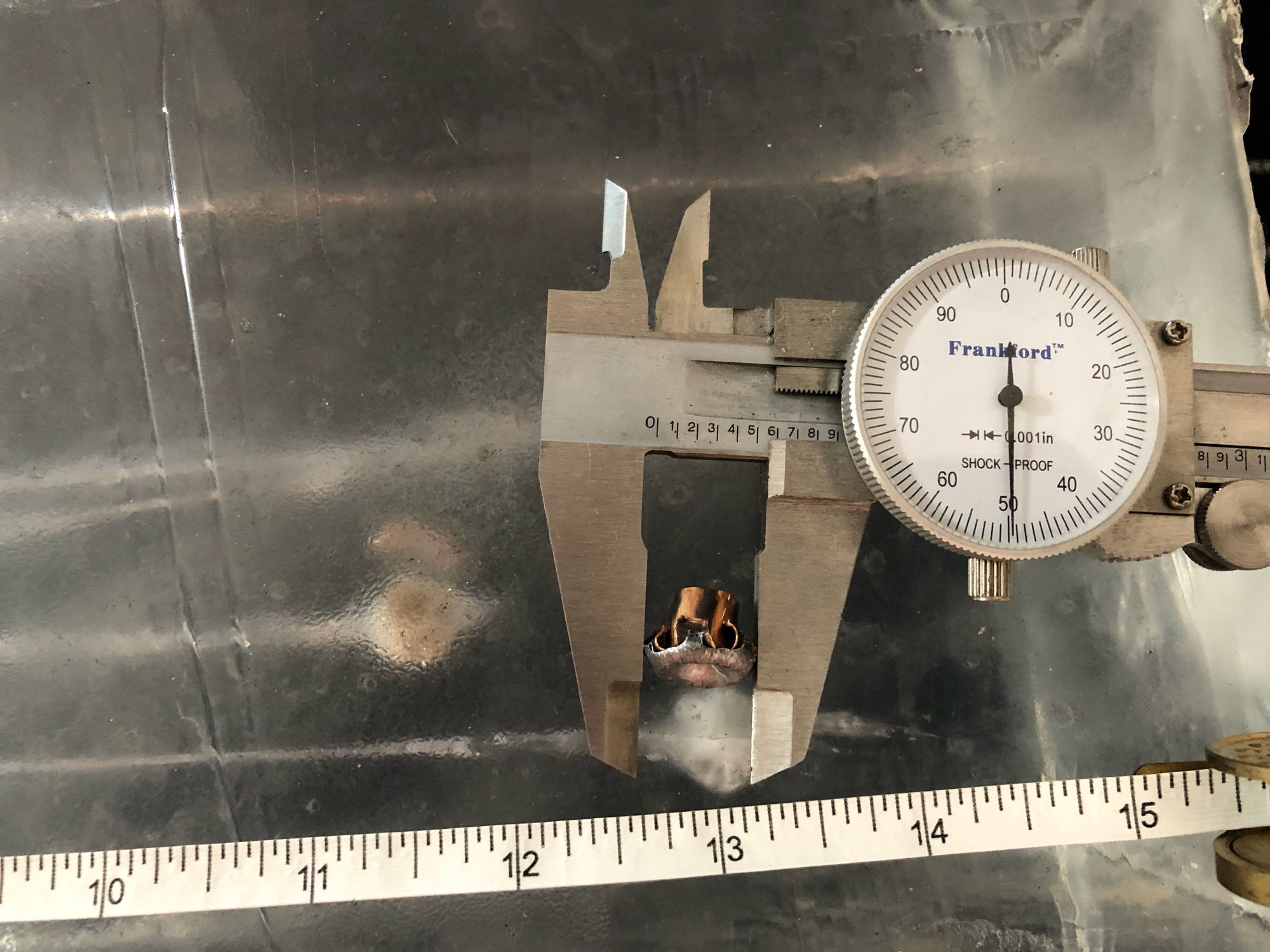 Rem. 115Gr JHP.  14” Penetration, .65” Expansion.  Pretty damn impressive performance for “bulk pack” ammo.  I need to remelt this block and test with clothing.  Because it sure would be nice to train with and carry the same ammo. 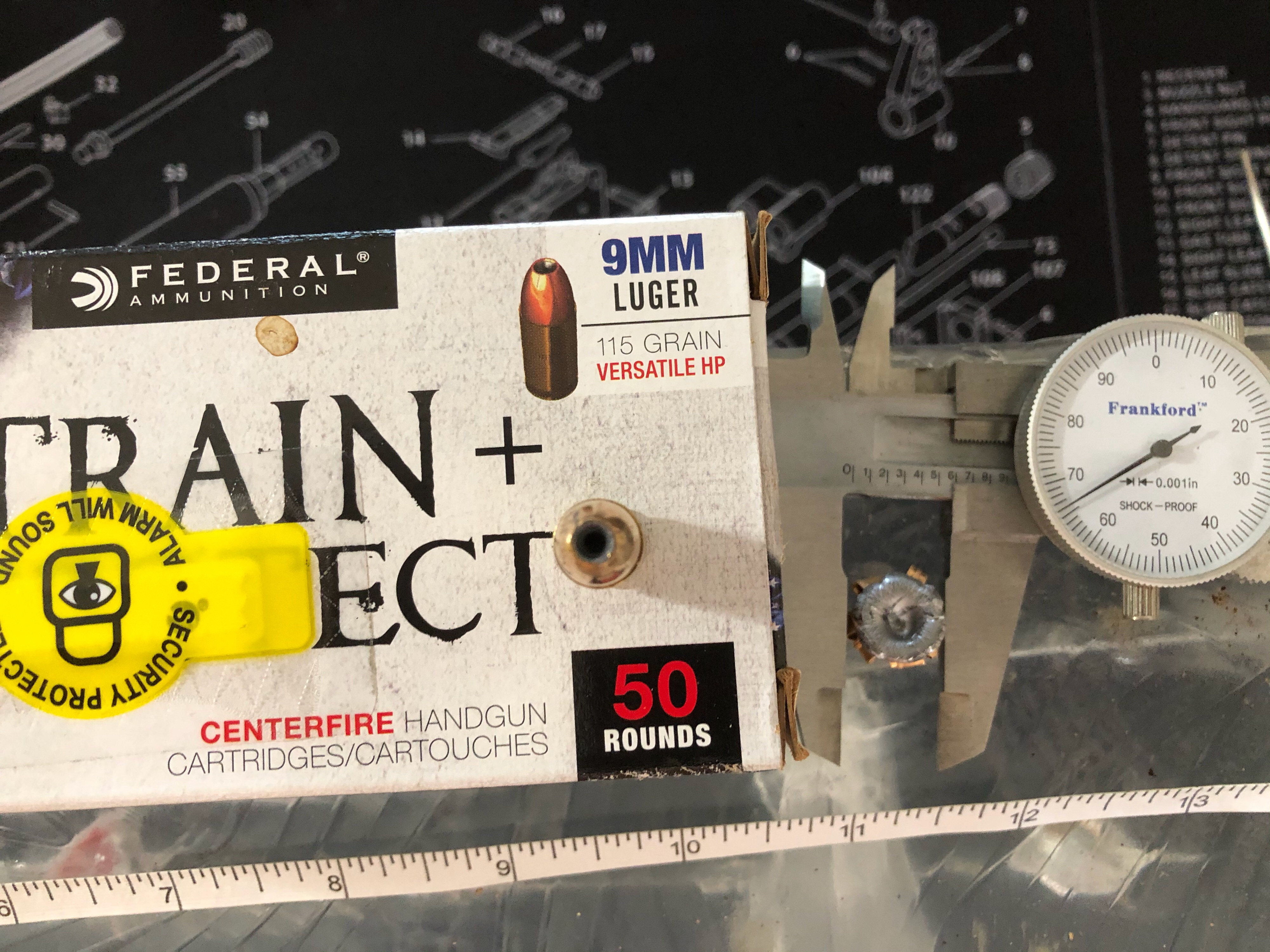 Federal Train and Protect 115Gr JHP.  Another impressive performance from a value price.  13.25” Penetration, .566” Expansion.  Another one that will be tested with clothing on the block. 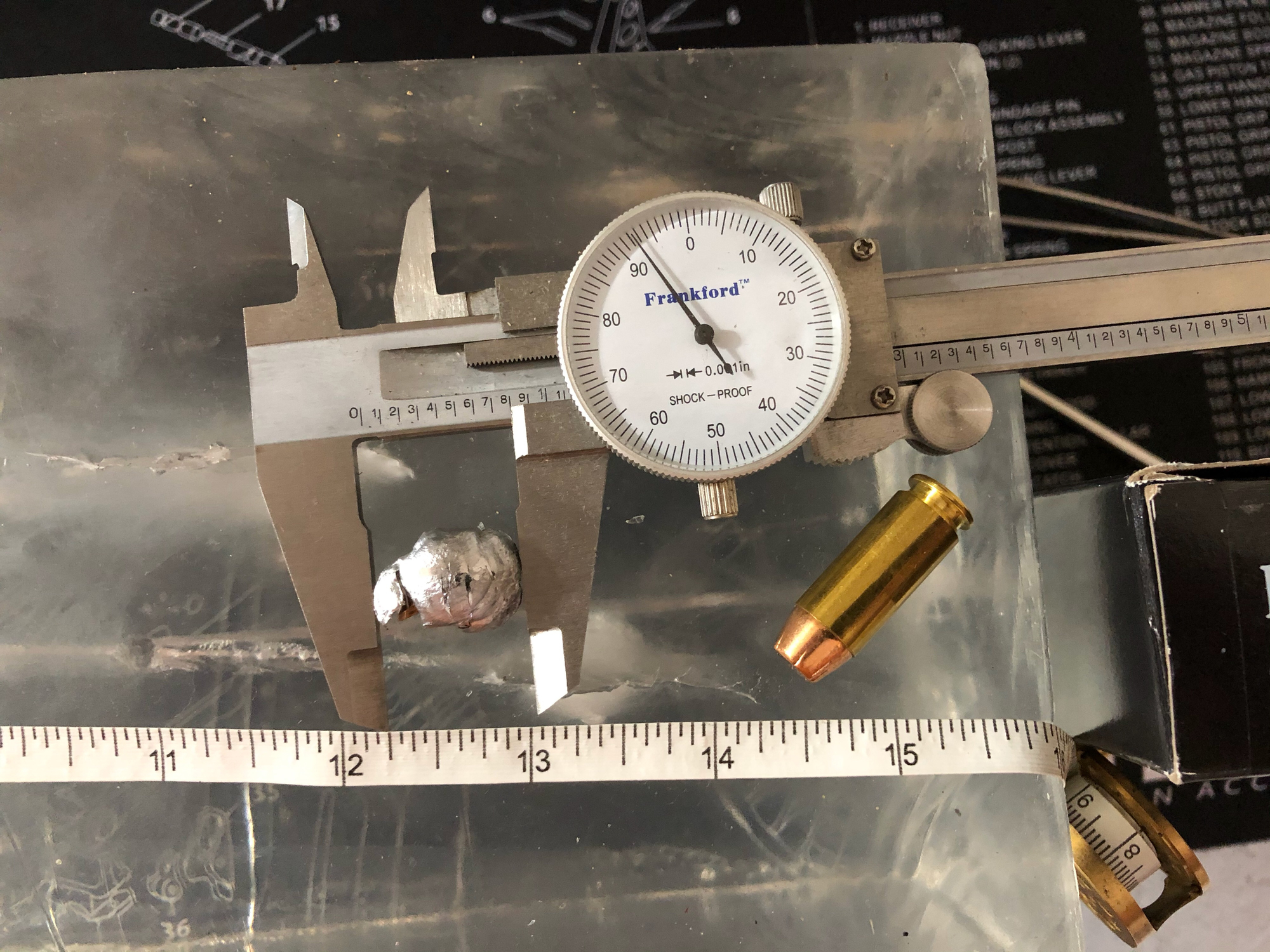 Doubletap 180Gr “Controlled Expansion” JHP.  This one went 14.5” Penetration, Max diameter .792 Inches, then reached back through time and caused the extinction of the dinosaurs.

The .44Mag punched clean through, leaving a few fragments, and rumor has it it is still running till this day.

This is super fun.  We filmed some of it, but the videos did not turn out good because of lighting.  We will do more experimentation and figure out how to do cool stuff with this.

Also some old school Silvertip in 9 and 40.... and a couple 45 HPs.
To make something simple is a thousand times more difficult than to make something complex.
-Mikhail Kalashnikov
0 · Share on TwitterShare on Facebook