“Dead Man” with the 03 Springfield

Zee Senior MemberPosts: 26,930 Senior Member
November 2019 edited November 2019 in Hunting #1
If you have been following the Game Camera Pics thread........you are familiar with “Dead Man”.
A cull buck I’ve been getting numerous pics of since spring. We’ve just been bidding our time since the season opener first of October for it to cool off.

Well, we went after him on Saturday evening. Got a chance at him and my rancher friend rushed a head shot at just under 200 yards and hit him in the neck with a 55gr HP from a .223 Remington.
I wasn’t happy with his decision to shoot. But, it’s not my place. Not my choice.
Well, I spent the next 3 hours tracking him. Only to lose all blood and sign. With the original amount of blood I was following, I though sure he was dead. But, as the frothy puddles turned to scarce specs........I felt sure we were gonna lose him to die......unfound.
Now, I’m a pretty darn good tracker. At least I think I am. It’s what I do. But, I couldn’t keep up with that deer and was feeling dejected that I’d failed my friend.
I went hunting Sunday morning in the hopes of seeing him. Nothing. I went back Sunday evening. No Dead Man, so I took Skinny Gurl instead.
Monday afternoon I pull several game camera pics to check at home. While riding around the ranch.......I think I see him running off through a flat. Nah. He can’t be alive.
Then, at dusk.....as I’m driving out of the ranch........he runs across the road, jumps a fence, runs up a hill, turns and stares at me. Dead Man.......plane as day!!!  And I didn’t have a rifle!!!

Get home and check the game camera cards. There he is at a water trough......Monday morning. 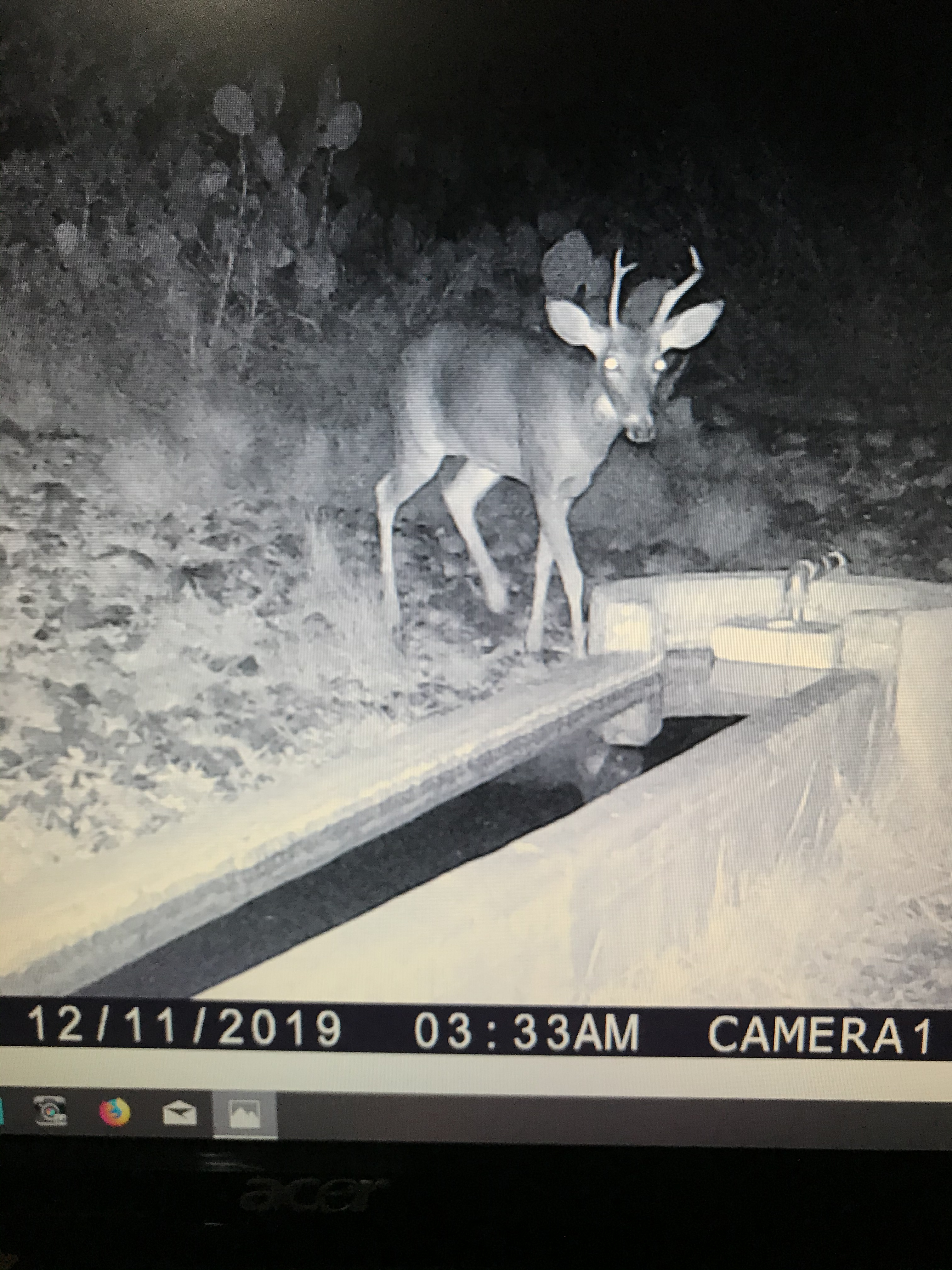 With a hole in his neck. 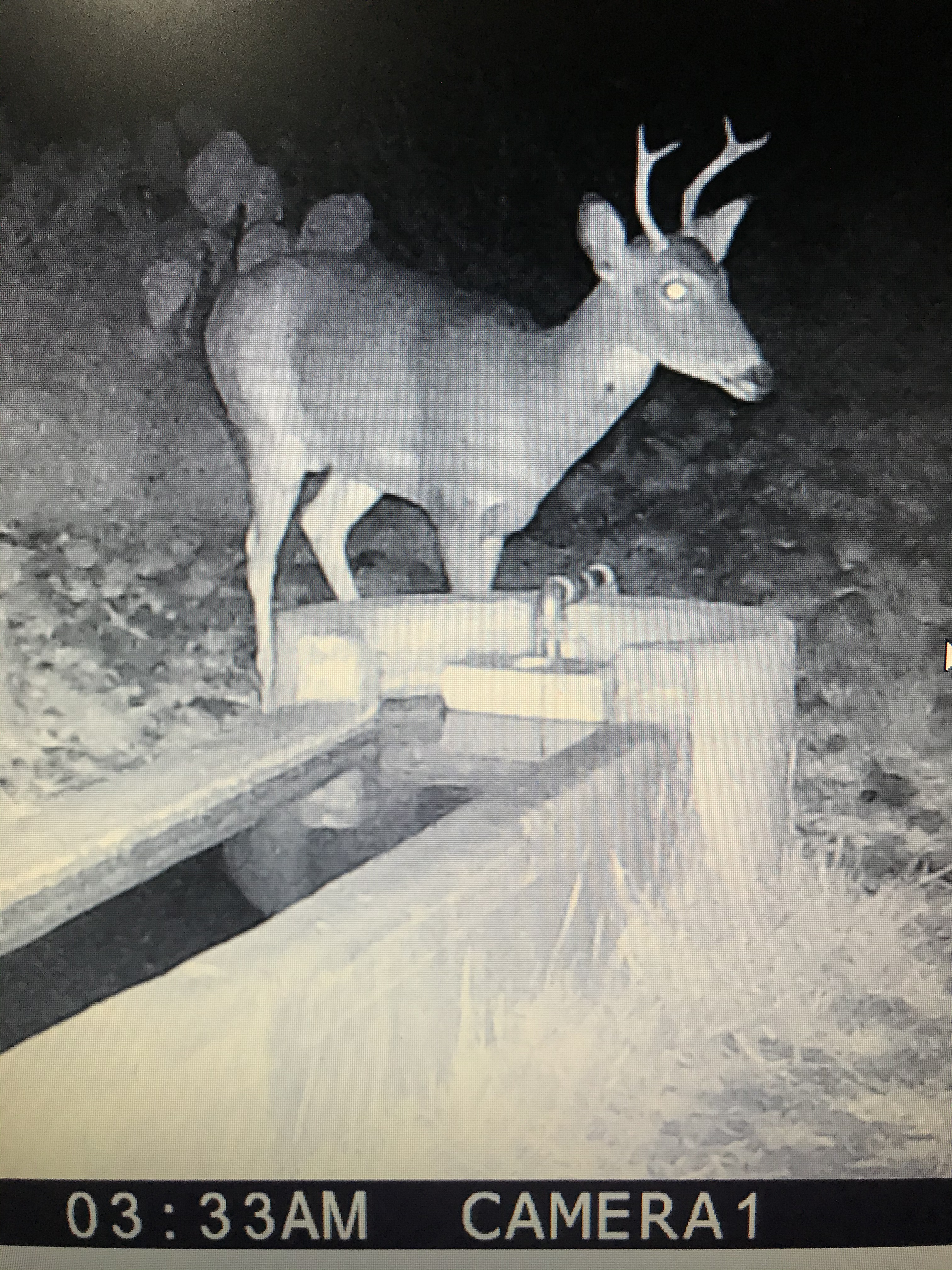 Now, in my friends defense, he was baffled enough by the lack of a dead deer that we checked his rifle on Sunday and found it to be a couple inches low and three inches to the right. Seems bouncing around in the ATV gun rack had adverse effects on the scope.
I’ll give him that. He is my best friend. Still don’t think he should have taken the shot.
Now, the hunt was on. I needed to put an end to Dead Man.
To be continued........
"To Hell with efficiency, it's performance we want!" - Elmer Keith
2 · Share on TwitterShare on Facebook
«12»