Zee Senior MemberPosts: 27,567 Senior Member
December 2019 in Hunting #1
I mentioned that there was a narrow horned buck we needed to cull. Posted several pics of him in the Game Camera Thread. Well, even as a cull, he was worth something if someone was willing to pay. Then he broke his horns and wasn’t worth anything, but he was still a cull. 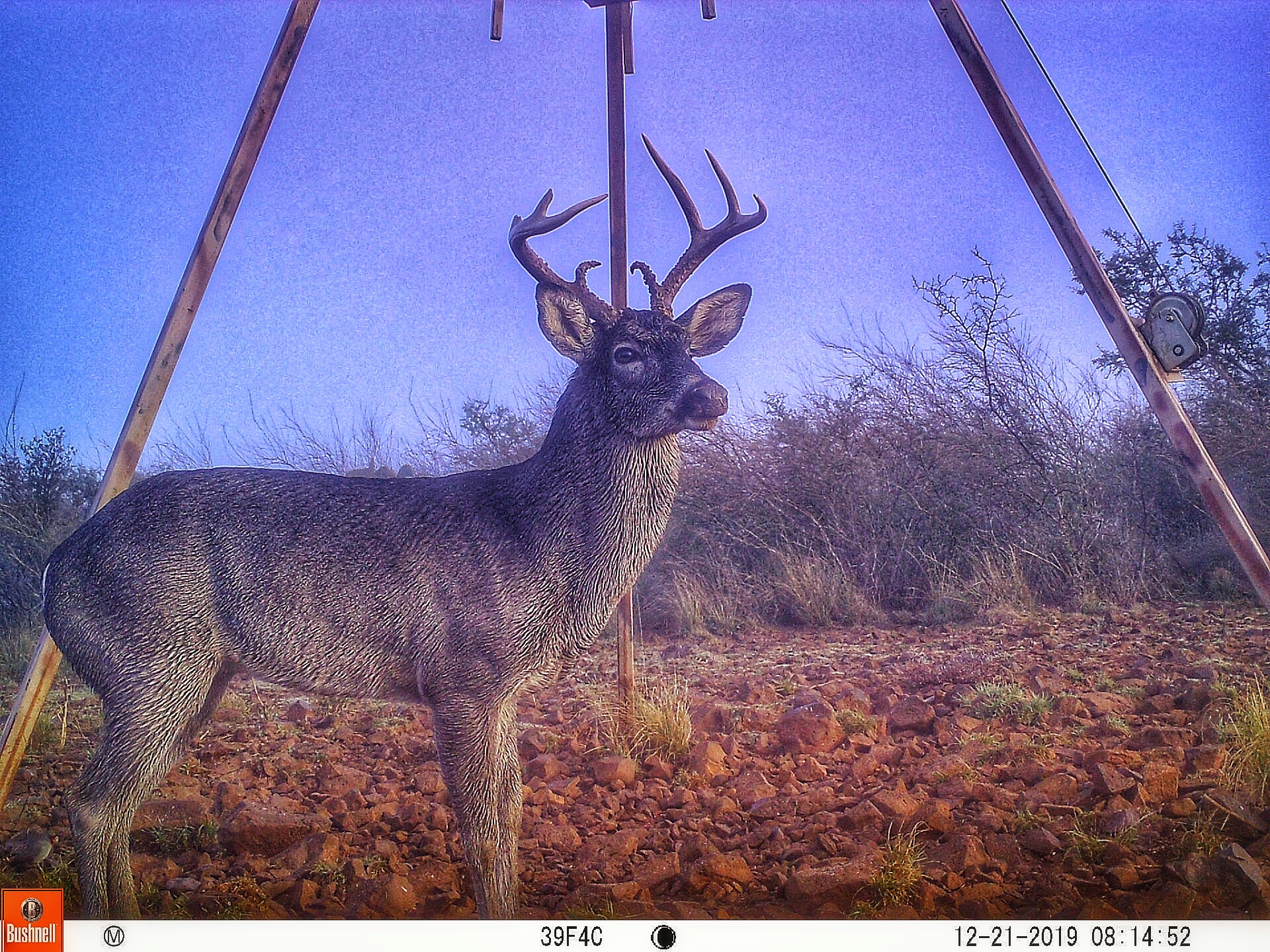 So, I asked my rancher friend if my boy could take him and he said yes.
Knowing we had a bit of setting up to do in the stand, what with the Spec-Rest and all, we got there EARLY yesterday morning.
With 30 degree temps and over an hour before light, I told the boy to take a nap. He curled up in the chair wearing ECW Arctic wear and went to sleep.
Eventually, I the cold grey light of dawn, I saw a few deer about 300 yards away down a sendaro. I placed my head back in the rest for a minute. When I looked out the window again, there he was about 40 yards away!
I slowly wake the boy up and tell him to quietly get on the rifle. He gets into position as the buck walks away from us. I tell him to aim in and be ready if he turns broadside.
At about 80-90 yards, he turns a little left, away from the feeder, and appears to be heading for the brush.
“Behind the leg, Shoot him.”
(After the fact photo.) 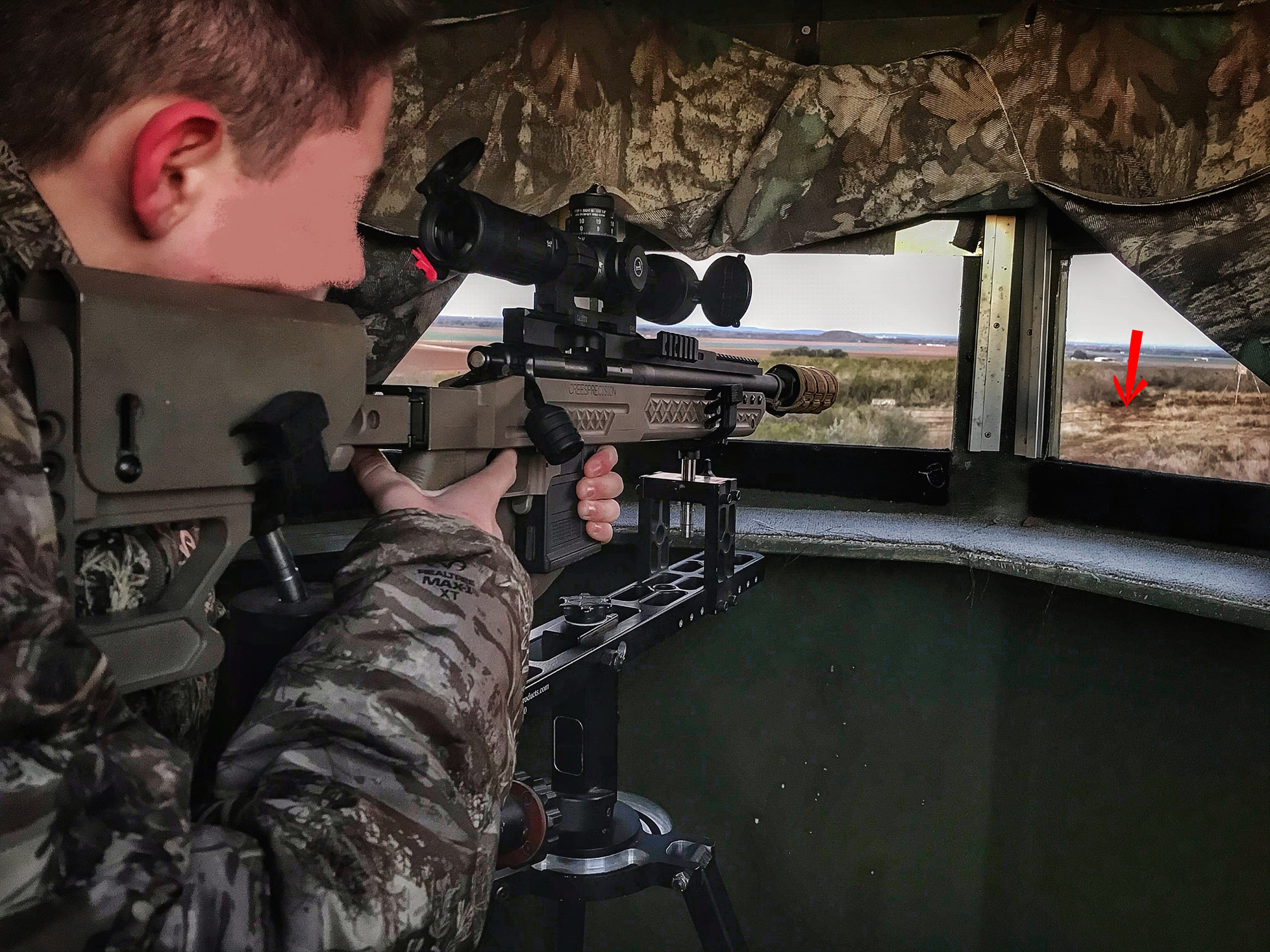 Watching through binos, I see a hit and the buck hunches up. Breaking into a run, he heads towards the brush at an angle back towards us. I can see he’s uncomfortable and doing the “losing altitude” run.
He enters the brush and I stop at the location he does. Intent on burning its memory into my brain with the low light of dawn. Then, I hear a crash. “He’s down. I heard him fall.”
My boy says, “No. I just saw him running in that sendaro.”
“But I heard him fall.”
Oh well, let’s go look.
We get down and walk over to the area he was standing at the shot. It’s still too low a light for me to really see blood. So, we walk towards where I saw him enter the brush. Now I se blood!!  A lot of it. From puddle on the ground and swath on the grass, we enter the brush.
It’s everywhere. Then it stops.
We are at the edge of the small trail my boy says he saw him running. I ask if he saw him cross or turn right to run down it. He doesn’t remember. Says he just saw him there.
Frustrated, I stand at the last spray of blood and can’t for the life of me find more. Not crossing the opening or going down it.
Then the boy says, “Well......that’s why!”  And points at the buck not 5 feet from me. On the other side of a tree. 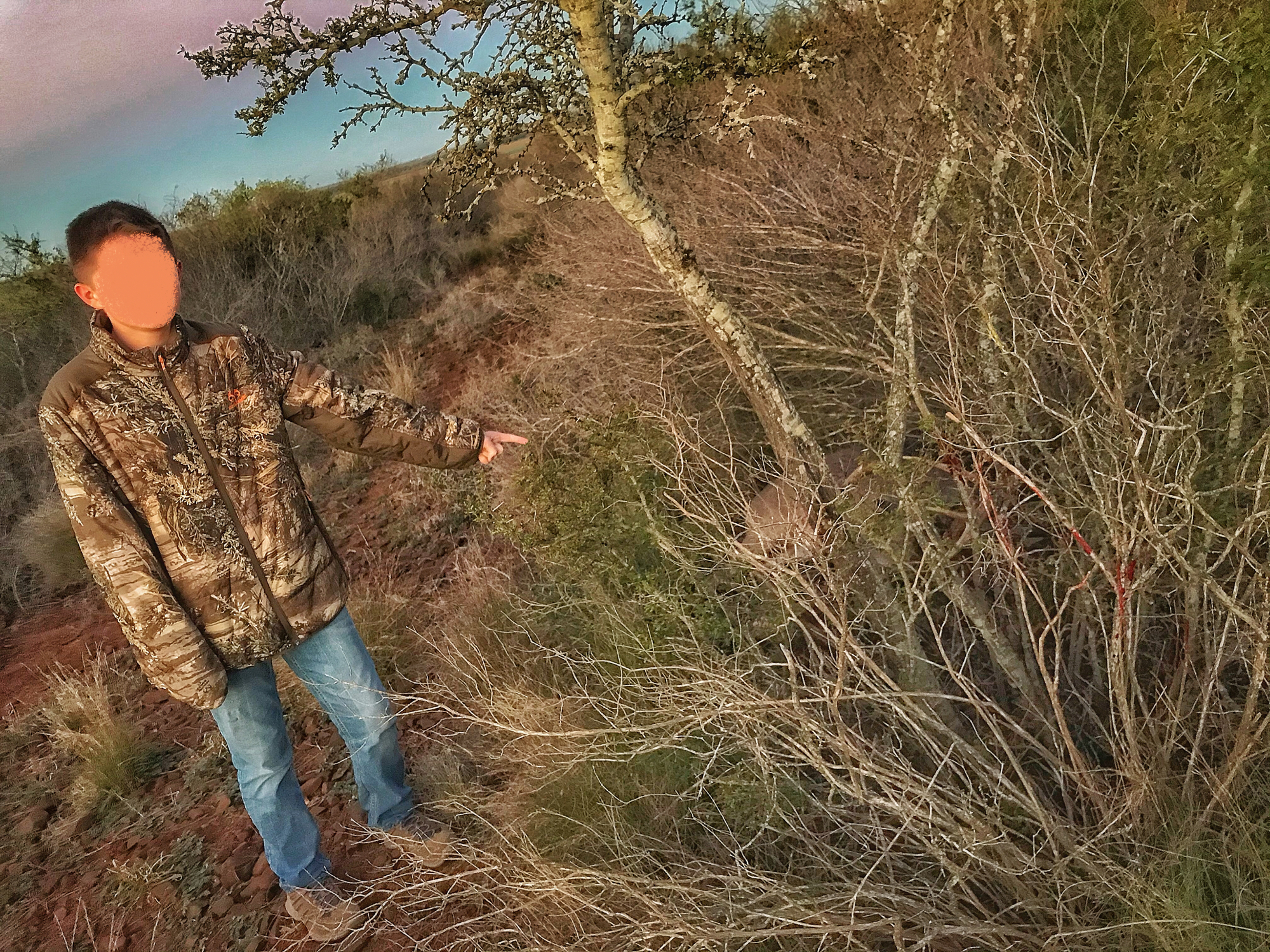 If you look, you can see blood on the brush, just this side of the tree.
I thought from there, he’d have to enter the sendaro. What he did, was vault himself through that “V” in the tree!!
Cue the “Should’of has a V8 head slap.” 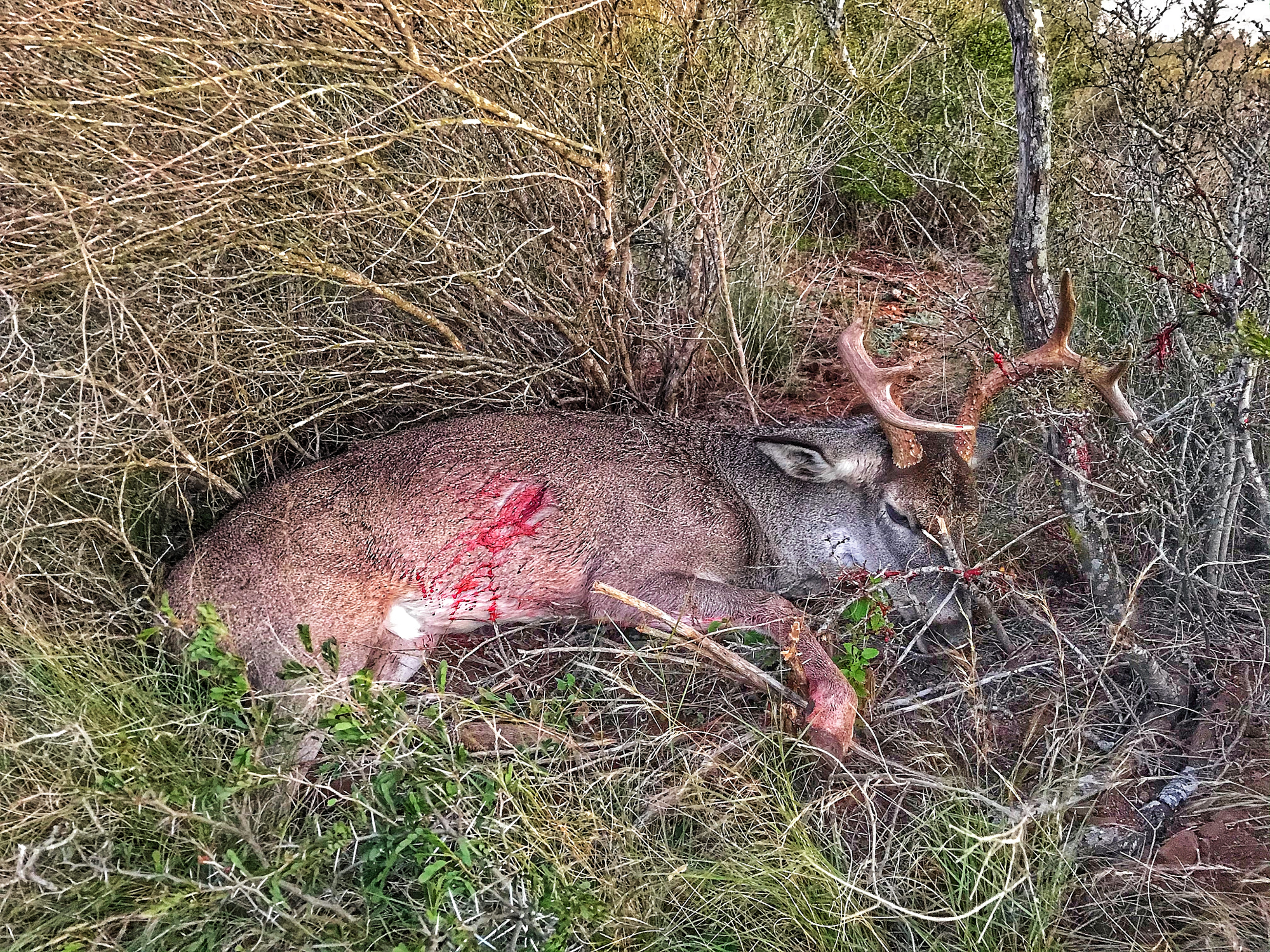 I hug the “Little Man”. Proud father.
"To Hell with efficiency, it's performance we want!" - Elmer Keith
1 · Share on TwitterShare on Facebook