shotgunshooter3 Senior MemberPosts: 5,970 Senior Member
January 2020 in General Firearms #1
When they first started hitting the scene, AR pistols were kind of a yawn to me. Niche product that, in reality, was more a gimmick than anything else.
Then stabilizing braces hit the scene. My attention was peaked, but with the legal status of shouldering said braces bouncing back and forth, I abstained. However, with the ATF seeming to have decided to focus efforts elsewhere, I decided to begin scrounging parts.
I felt similarly about the 300 AAC Blackout / Whisper. For the longest time a slow .30 cal with a 100-150yds effective range was a big yawn. However, after taking the suppressor plunge anyway, the idea of a hearing safe deer and hog gun became more and more appealing. Thus, I decided my future pistol build would be a 300 BO.
Thus, here sits the final product! 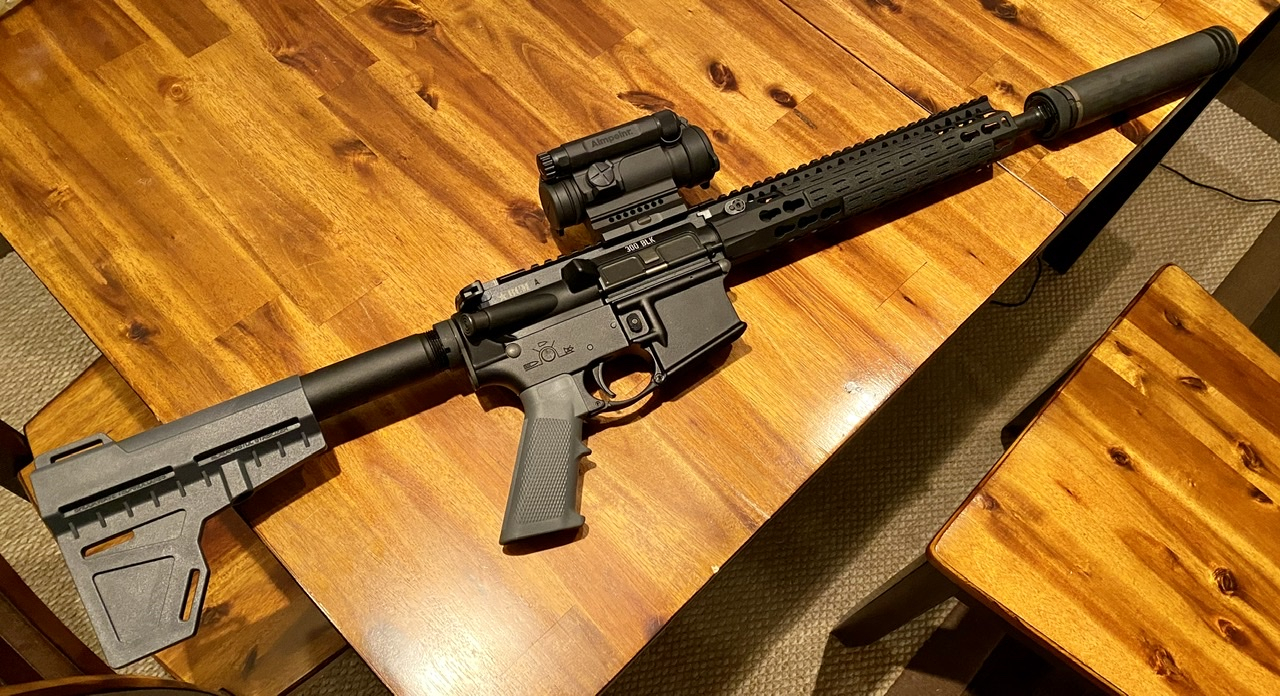 - 10.5" BCM Upper in .300 BO w/ SiCo muzzle brake
- BCM BCG
- Raptor ambi charging handle
- Aimpoint Comp M4
- Sons of Liberty Gunworks lower
- Geissele lower parts kit
- RRA NM trigger
- KAK Shockwave brace
Many parts, the upper and optic especially, were scrounged from a popular AR oriented forum's classified section. The trigger was scrounged from my parts bin, and the LPK and lower were bought at sales. I don't have "PSA sale" money into this, but I definitely have far less invested in the gun than the sum of its parts.
Range report is forthcoming, but probably not for a week or so due to my travel schedule.
- I am a rifleman with a poorly chosen screen name. -
"Slow is smooth, smooth is fast, and speed is the economy of motion" - Scott Jedlinski
3 · Share on TwitterShare on Facebook