A whirlwind day and a half hunt!

Zee Senior MemberPosts: 27,466 Senior Member
February 2020 in Hunting #1
My rancher friend has a business partner who brings his son out to hunt every year. This was my third year guiding for him so I had high hopes.
Our goal was to get this Axis Cull Buck... 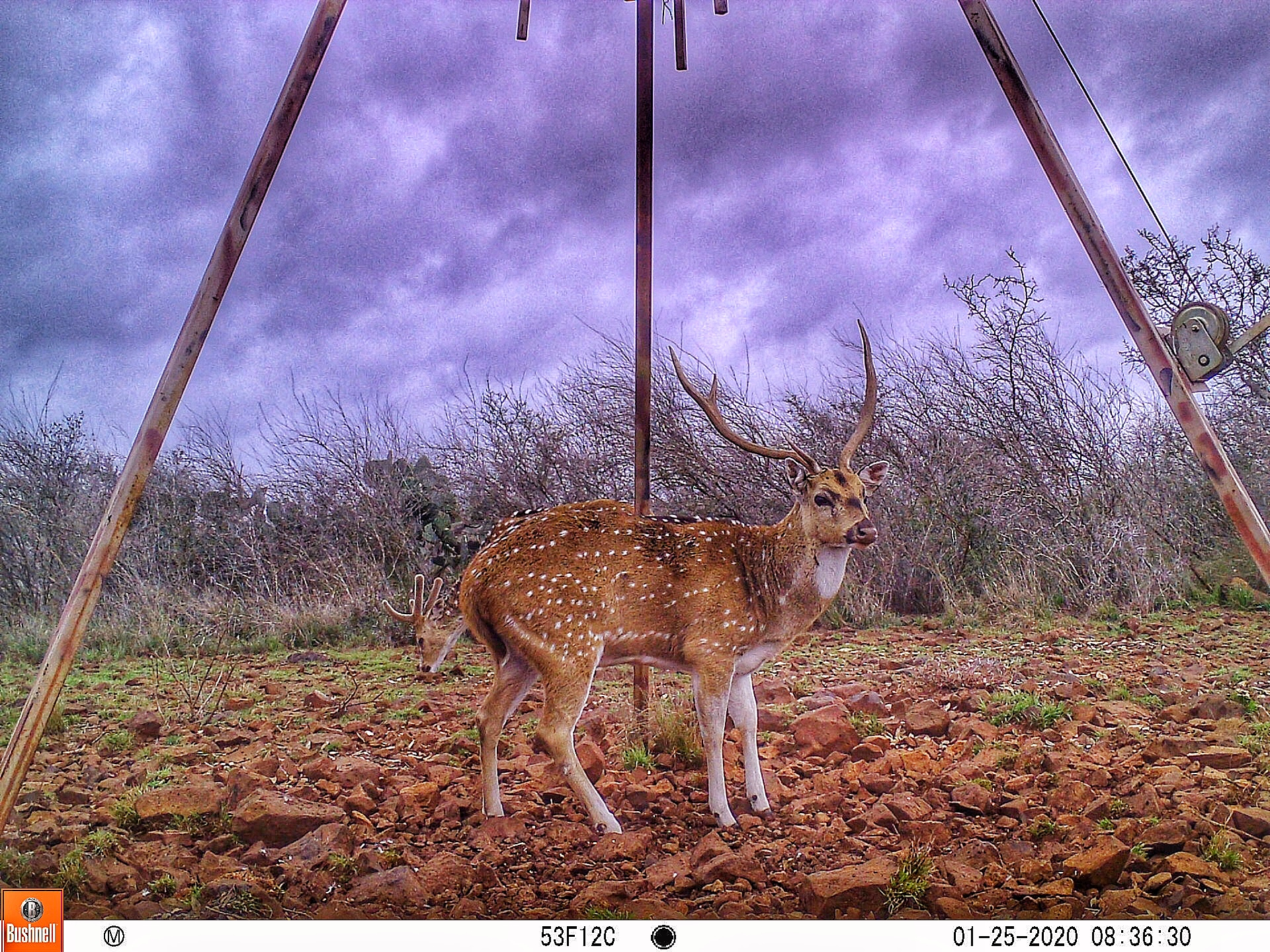 ....and a whitetail doe.
Day 1
Thursday evening, we sat in the stand The above pic was taken as that seemed a regular haunt of the buck. He was mostly a morning visiter, but I figured it was still our best chance.
Then, we got thrown a bonus. Soon after getting in the stand, the young man says, “Hey, there’s a coyote!”
I look out the window and see it trotting across a sendaro about 150 yards away.
So, we try hot and heavy to kill the yotes on the ranch as they decimated the fawn crop a couple years ago. Daylight opportunities are rare.
I asses the situation.......hunter still looking with binos.......yote trotting across sendaro.......bad direction for hunter........I reach behind him.........grab his rifle leaning against the wall......stick it out the window.......and drop the yote at 137 yards........all in about 5 seconds.
“Holly crap!  That was fast!”
”Sorry dude, I couldn’t risk losing him.” 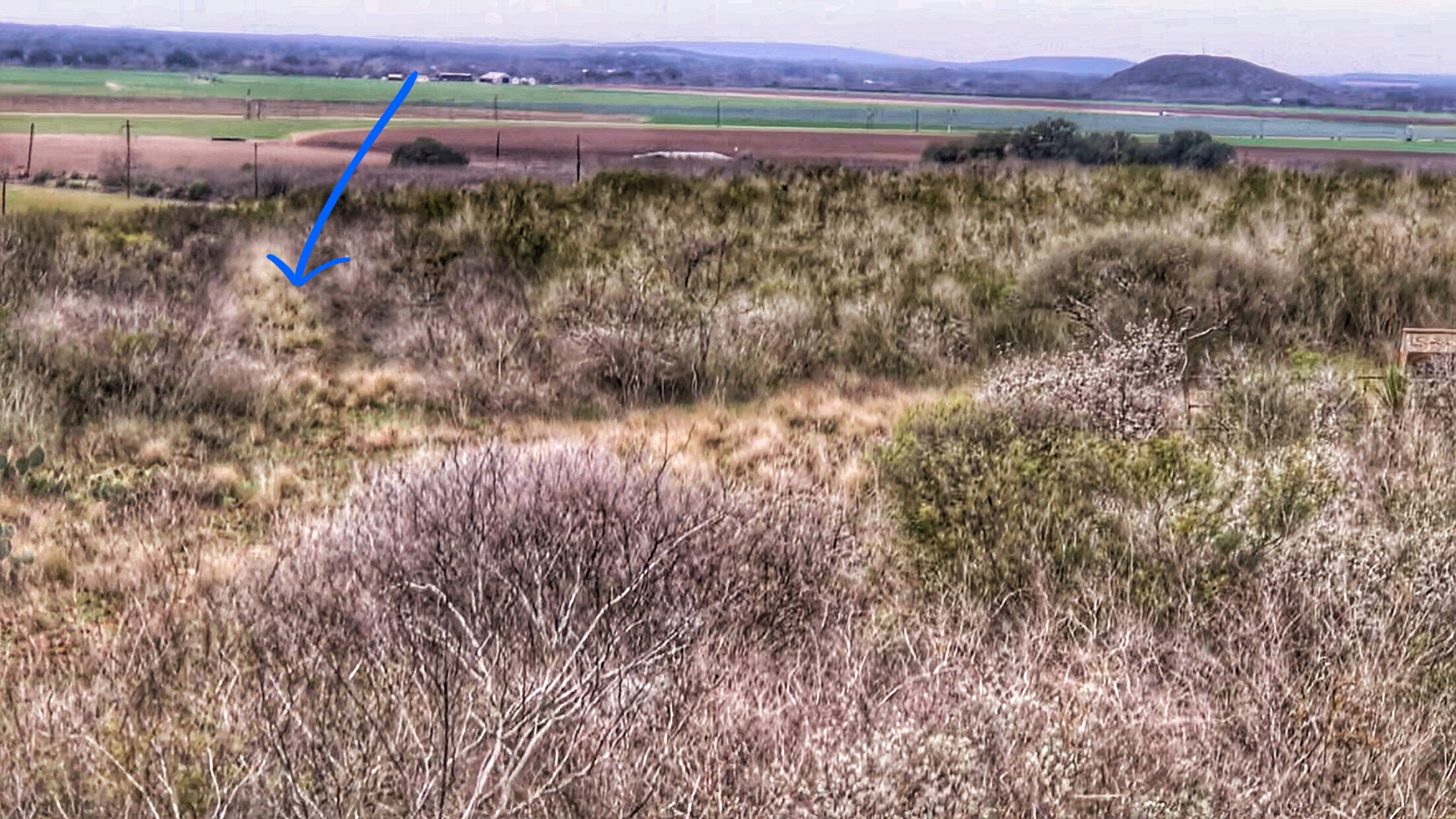 It didn’t totally ruin our hunt. We saw a bunch of deer afterwards, but no axis.  We got down and walked over to the yote. It was the mangy buggar I’d been getting pics of. 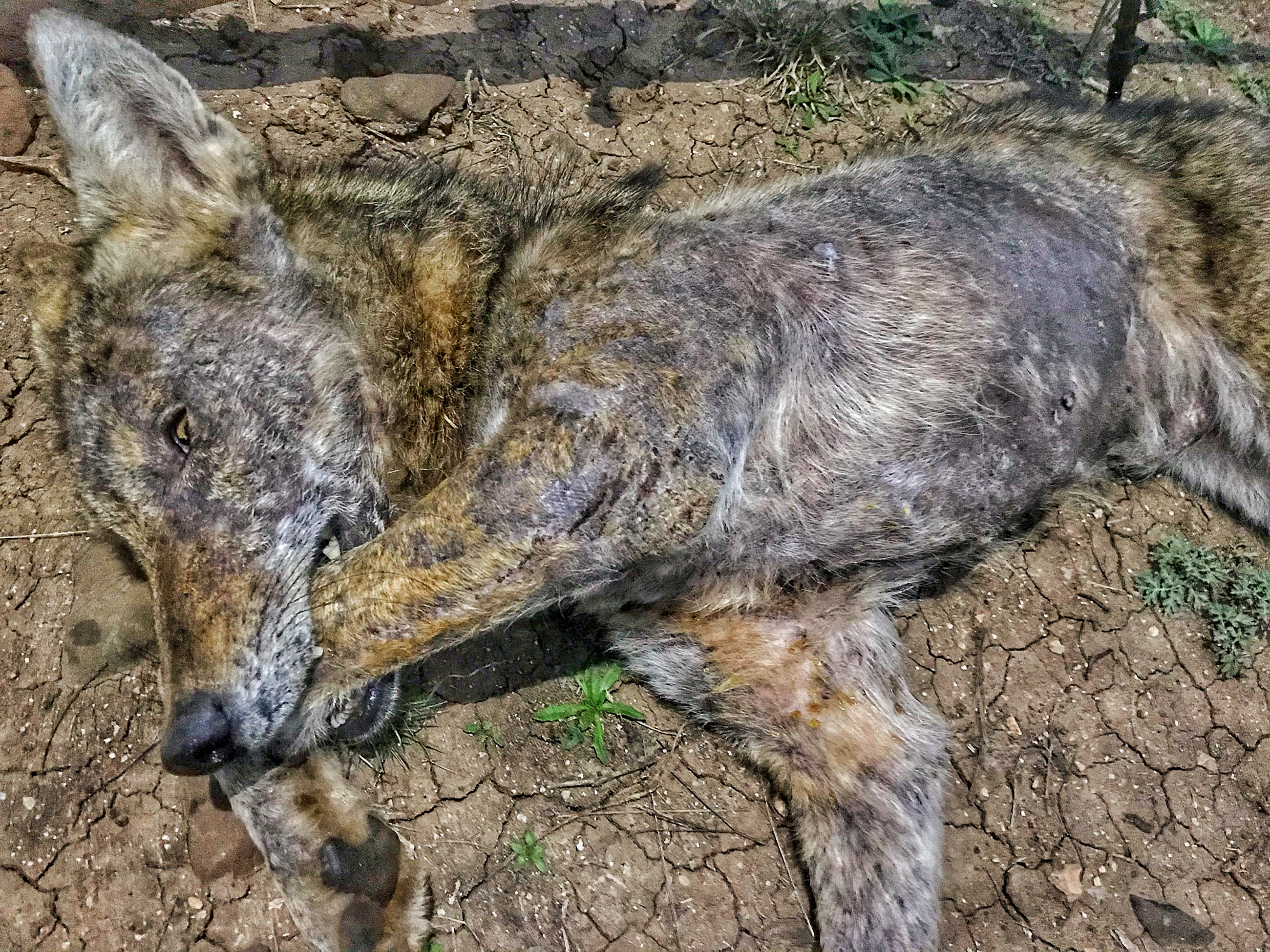 Interesting how his dying act was to bite his own leg. 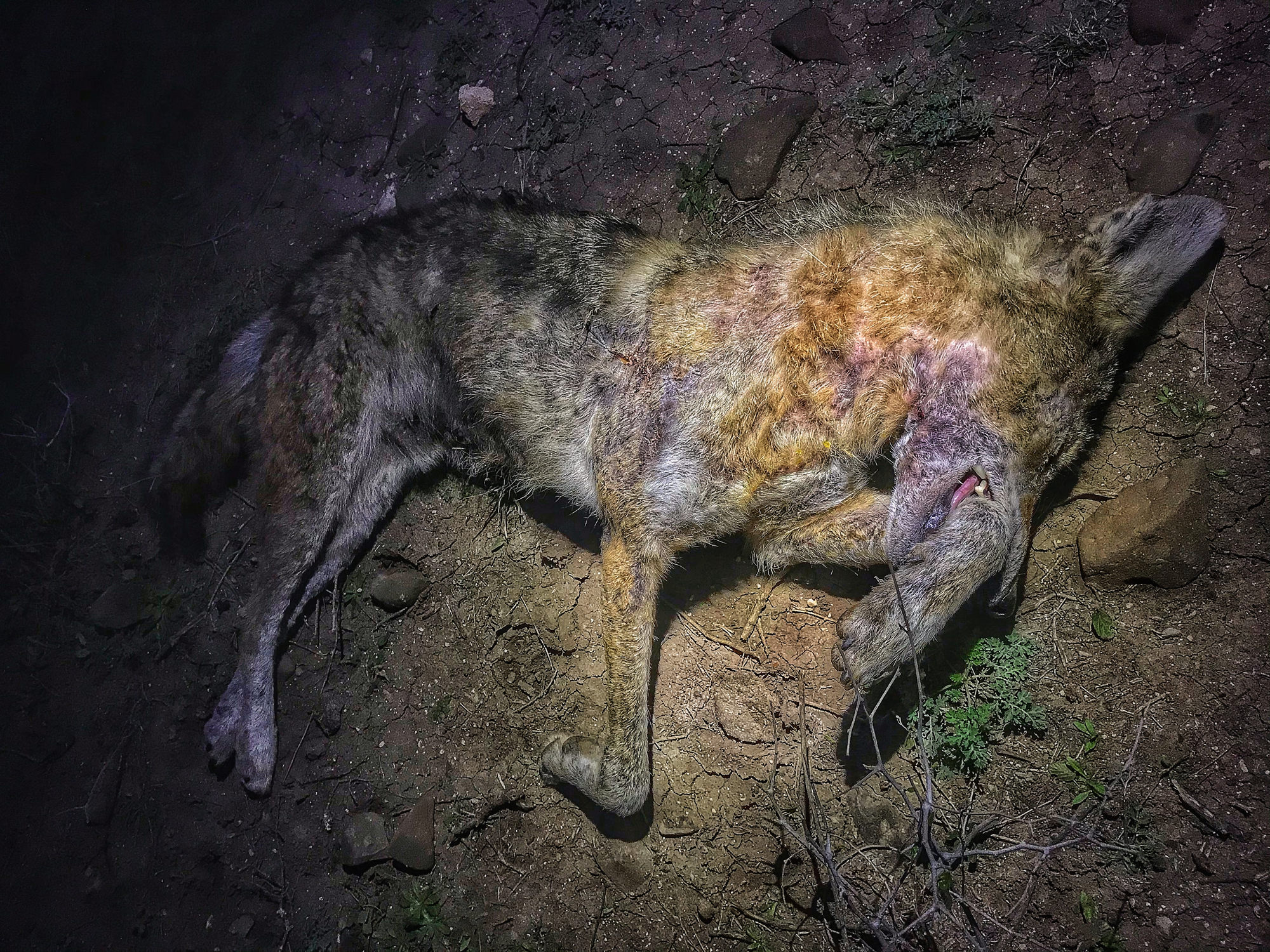 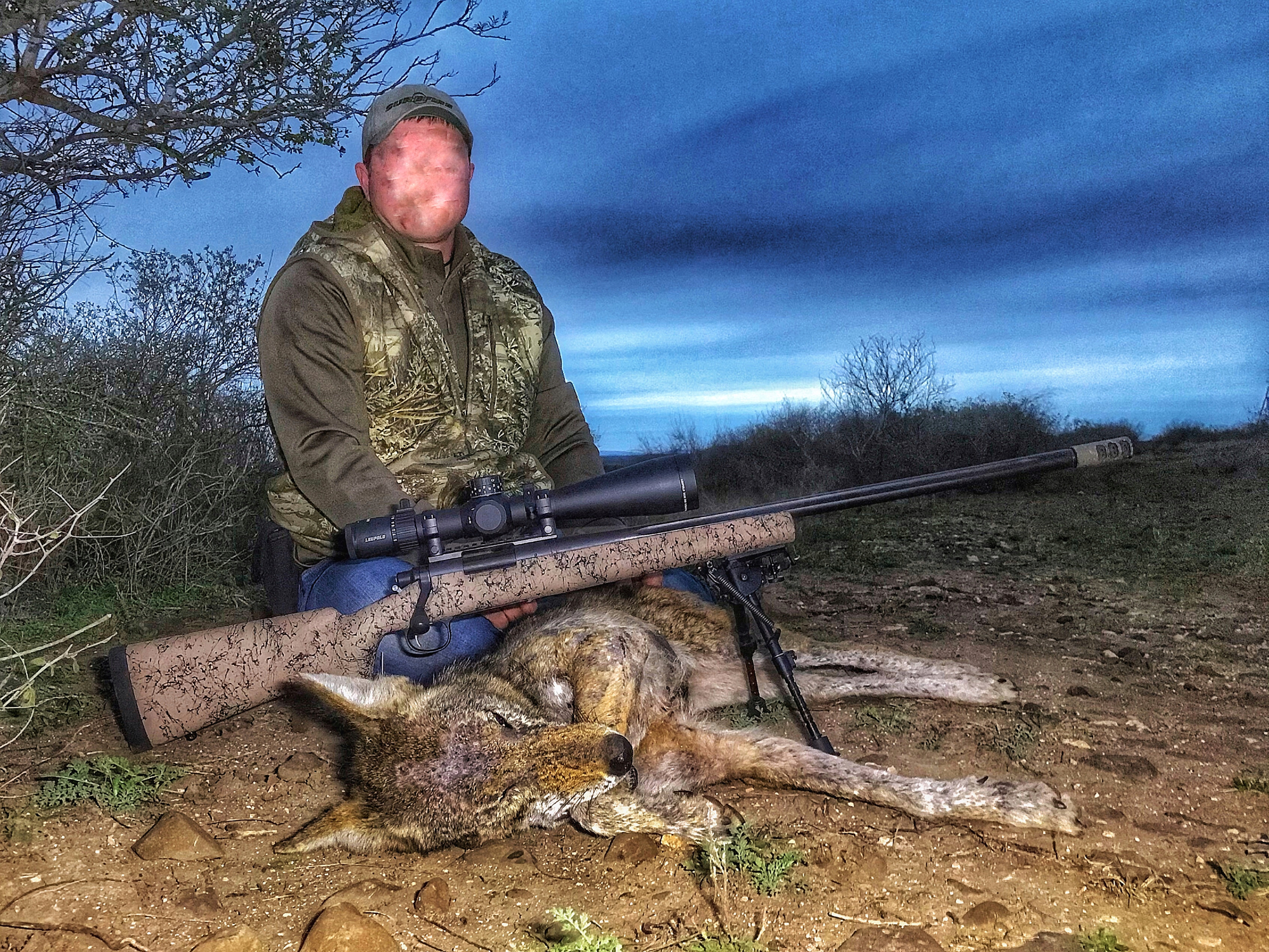