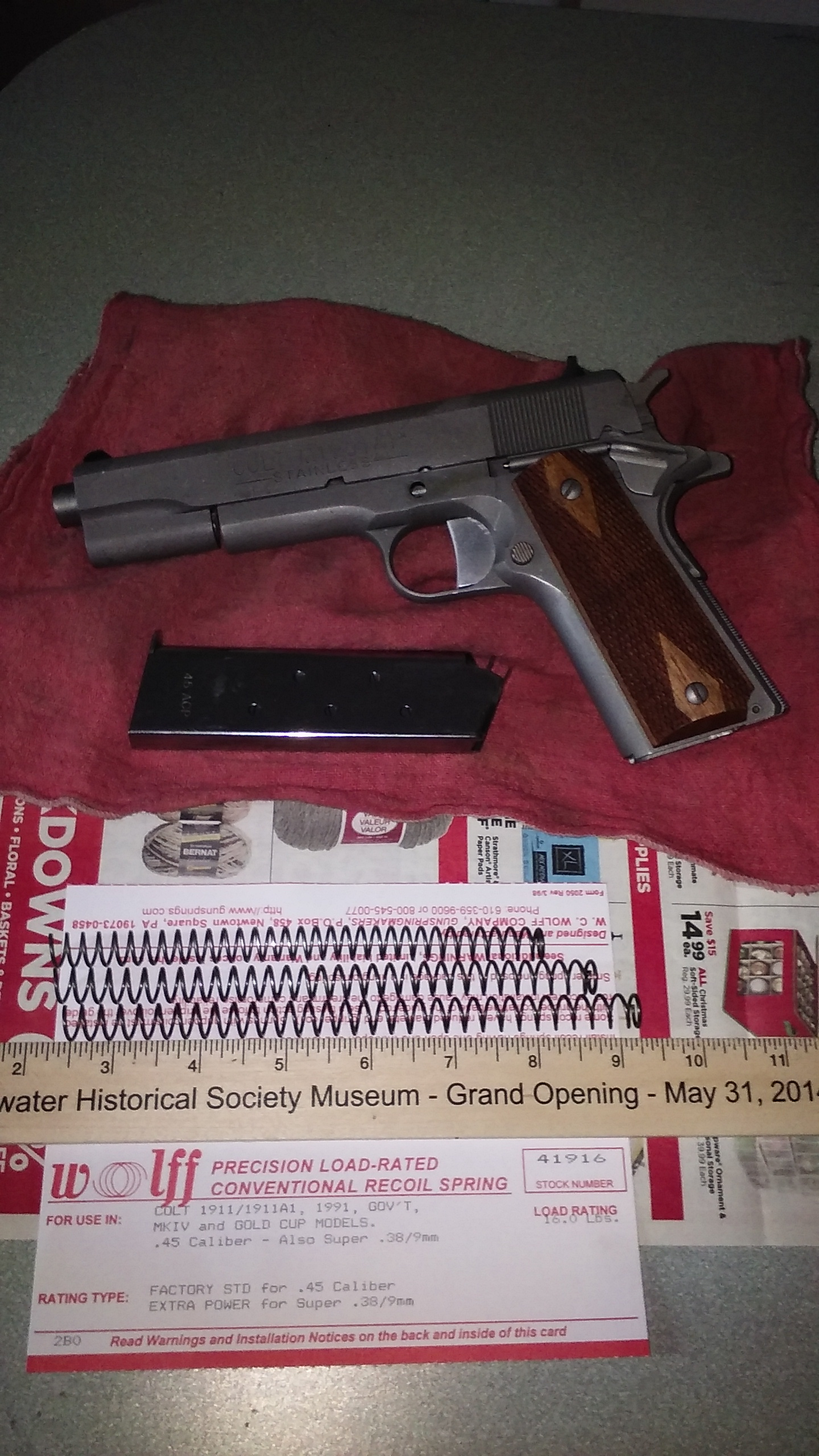 The gun is a Colt 1991A1.
The recoil springs are from top to bottom. The original one that came with the gun in the early 1990's. The Wolff standard weight replacement installed when spent cases had firing pin drag marks on the primers. When was that? Who knows? I can't remember. The bottom one is a NIB Wolff standard weight 16.0 lbs spring.

Notice the difference in length. What does that mean? I have absolutely no idea. I guess they lose power and get shorter with use.

So when do you change them? At regular intervals? How many rounds? Heck if I know.

Here's what I do know. Last outing, my son and I put 200 rounds through it. Add that with two other trips for 2019 at fifty to 100 rnds per trip. That's 400 rounds for the year. Maybe. Mostly handloads. Loaded to moderate velocity, one at time with scale weighed powder charges, and crimped with a Lee FCD..

I did buy more than one NIB replacement spring just to have them.