Zee Senior MemberPosts: 24,508 Senior Member
April 2020 in Hunting #1
He has been with me several times, but actually using the toys involved with hunting at night takes a little practice and skill. So, he watched and learned these past few years.
Yesterday morning (Easter), I mentioned that we could go pig hunting that evening if he wanted to shoot his first pig. Well, come 9:00 last night I was tired and getting ready for bed as I had to get up at 5 in the morning.
The boy says, “I thought we were going pig hunting?”
Oh yeah. 😒. Well I couldn’t back out on my word. So, I grabbed our gear and headed out.
First place was a dry well. No pigs. Second place was looking like the same and I thought I could still get to bed at a reasonable time. Then, the last part of the field..........pig!  Well.......game on now.
We get out of the truck and set up on the high fence gate (high fence around pasture is an attempt to keep pigs and deer off of crops. Doesn’t work.
I place the barrel of the 16” .308 Winchester through the gap in the gate and light the pig up with an IR laser. But, the boy can’t see the pig because the wheat is too tall. So, I hurry back over to my truck and get an empty molasses bucket (for cattle) I use as a gut bucket. Carry it back to the gate and place the bipod of the rifle on the upside down bucket to gain altitude. Tell the boy to place his left knee on the ground in a sitting position and raise his right knee to provide rear support for the rifles butt stock. He does and I light the pig up again with the laser. But, it’s too bright and my boy tells me to turn it off so he can see the silhouette of the pig better.
I tell him it’s quartering away to the left and shoot when ready.
The gun sounds and I see the back end of the pig drop. He squeals and falls over. One shot drop on his first pig at approximately 150-175 yards in the dark!!!  From an improvised seated position. I was a proud father. The boy had done well. 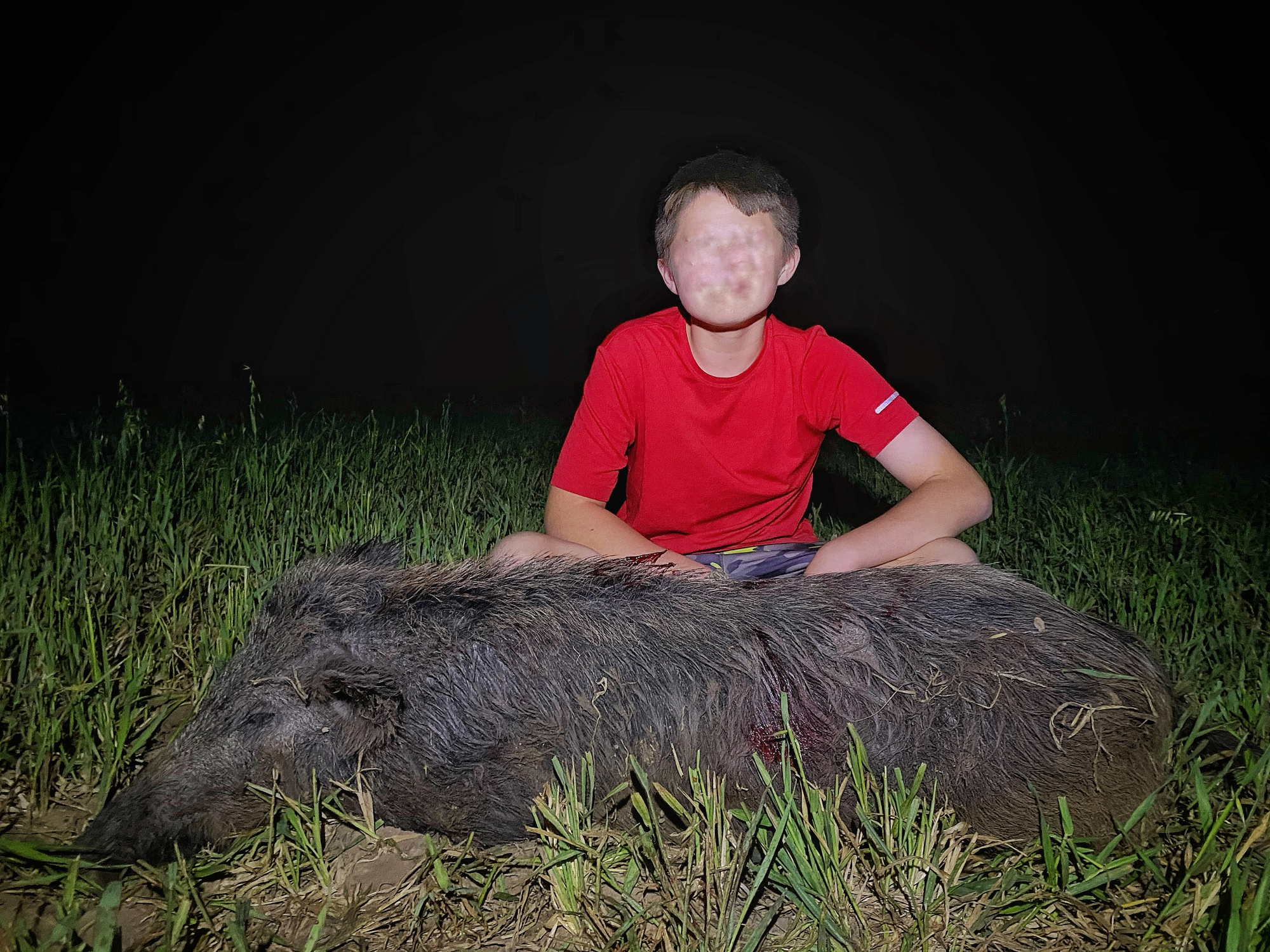 We load him on the cart and pull him across the field to the truck. Load him cart and all and take him to the ranch to quarter. 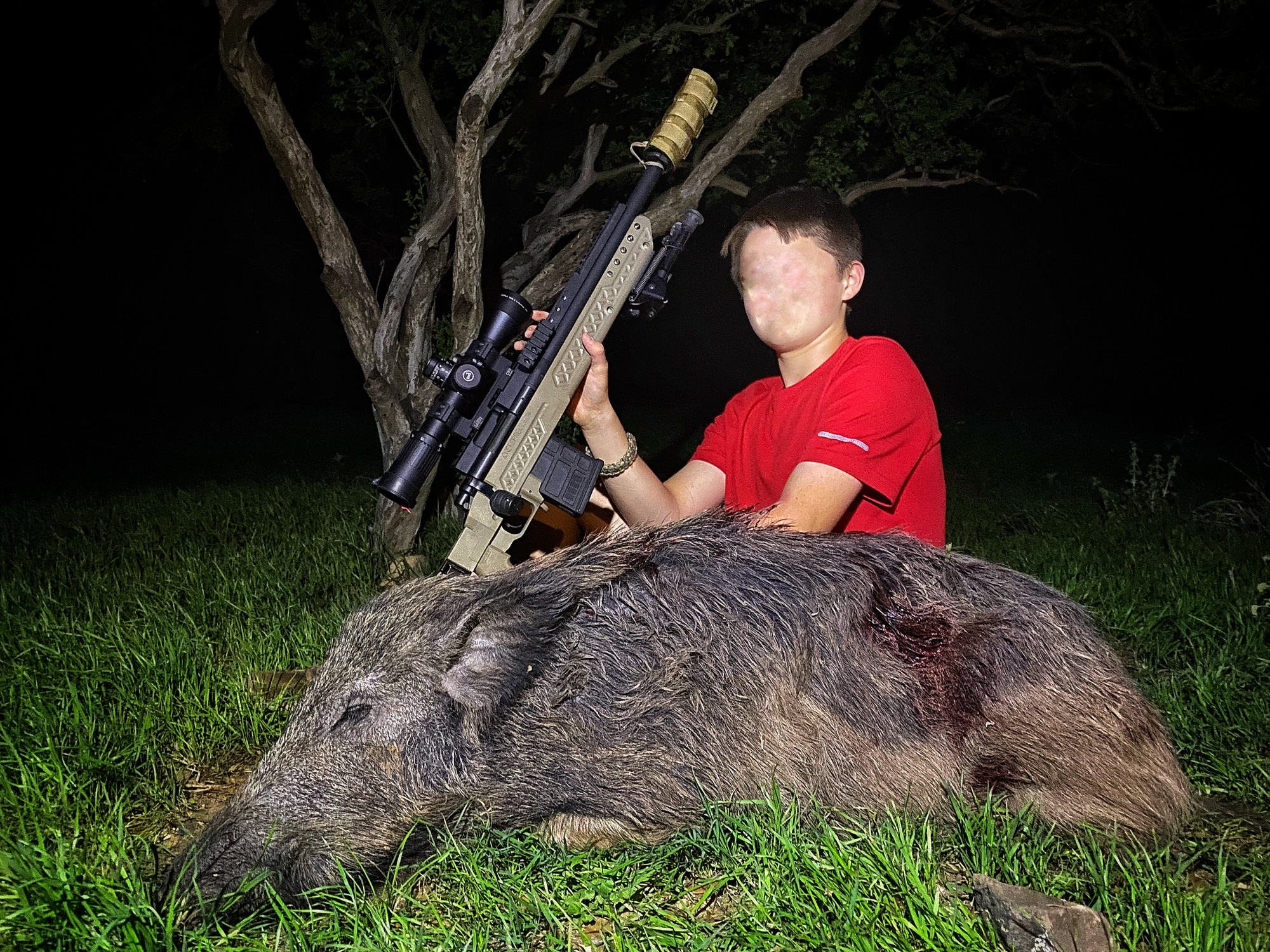 The bullet entered the back of the ribs. Passed through the diaphragm, bisected the lungs, and exited the off side shoulder. Well done on an angle he’d never taken before!
By the time we got him cleaned, on ice, back home, and in bed, it was 0100 in the morning. And I had to get up at 0500. Oh well it was worth it for his first pig. 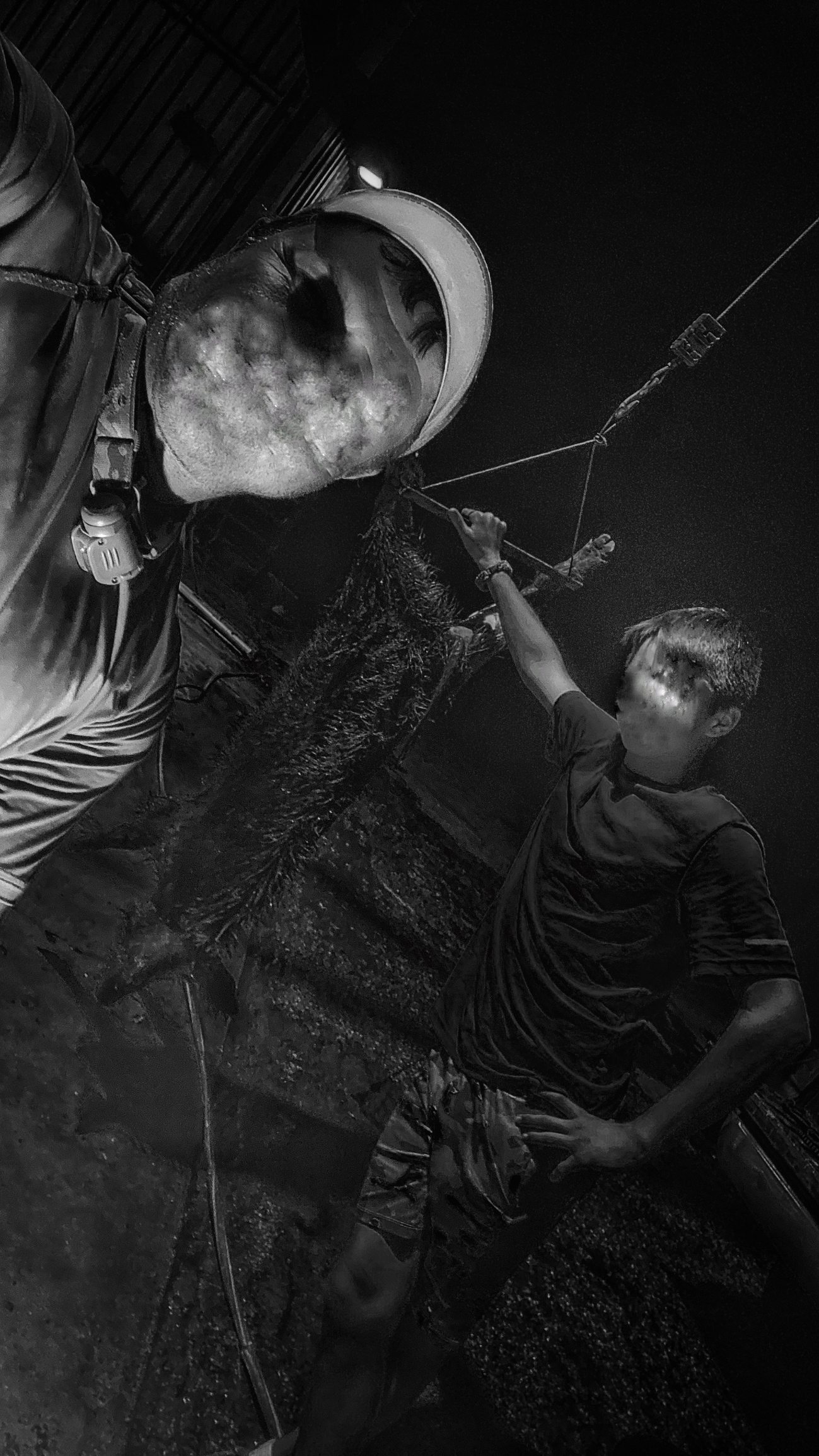 Proud father I am.
"To Hell with efficiency, it's performance we want!" - Elmer Keith
6 · Share on TwitterShare on Facebook