Gene L Senior MemberPosts: 11,638 Senior Member
June 15 in General Firearms #1
A few years ago, my sister decided she needed a magnum to defend herself, so she contacted me since none of her friends were shooters.  I only had three magnums at the time, two of which were not for sale or sharing, so I gave her my Speed.  A week ago, in line with current events, she decided she was not the sharpshooter she never was and figured a shotgun is what she needed.  She again contacted me and I was delighted to give her my cop S&W 3000 in exchange for the SD revolver.  She had found the recoil to be quite substantial for a small-ish 79 YOA woman.  I gave her a box of 12 ga. reduced recoil size 8 shells, and a couple of boxes of reduced recoil buck shot so she's prepared in the highly unlikely event she would be accosted.

So here's my Speed Six.  It's actually in far better shape than I remembered, a 157 prefix gun.  It needs an orange sight filler, but that can come later. 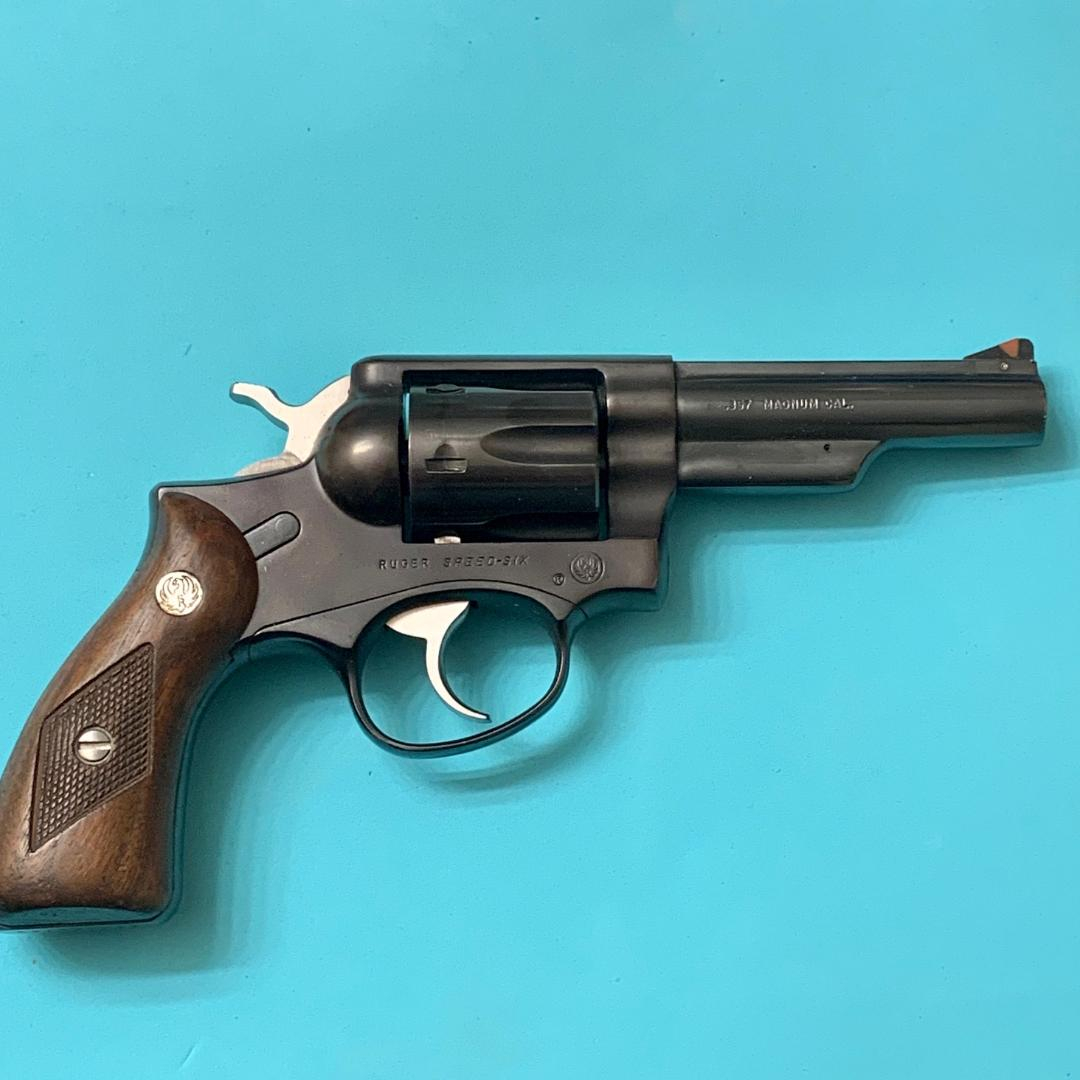