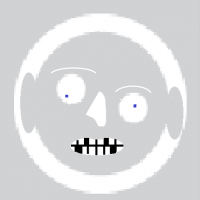 AlleyCat Posts: 455 Member
June 2020 edited June 2020 in Clubhouse #1
There have been calls for the actor Dick Van **** to be digitally edited out of the 1964 Disney Movie Mary Poppins after multiple people noticed that he had applied ‘blackface’ makeup for the role of Bert, the chimney sweep and general Jack of all trades.
https://southendnewsnetwork.net/news/dick-van-****-condemned-over-blackface-appearance-in-mary-poppins2/
Michelle Garridge was the one of the first people to mention the discovery on Twitter, and she told us that she was ‘disgusted and horrified.’

She added, ‘You can’t even use the excuse that it was acceptable in the 1960’s as Disney should have had the cultural foresight to realise that it would be offensive forty years later.’

‘More to the point, his name is basically Penis Van Lesbian, so how the hell can that be acceptable either?’