I scored some stuff...

Jay Senior MemberPosts: 3,809 Senior Member
July 4 in General Firearms #1
I mentioned in another thread that a buddy of mine has been helping a lady with an estate sale of sorts. To respect the privacy of all involved, I won’t go into great detail. But I will say, this was a massive deal. An unbelievable amount of stuff.... 😮

My buddy stumbled upon the deal. Basically, the lady is selling off her husbands MASSIVE collection. She had a couple of guys coming in and lowballing her, trying to take advantage of her. Enter my buddy. About 6 months ago he first started going over there and was pointing out stuff and giving her info on it. She could tell he knew his stuff.  He started going over there regularly, helping her separate and inventory everything and come up with fair prices. He also helped her sell some of the guns. He was able to get her $15,000 for two shotguns alone.. needless to say, he earned her trust. And he was able to put together a HUGE package of reloading stuff at a fantastic price as compensation for all the work he put in..

I had invested money into early on to help facilitate the deal. In exchange, I got first pick and great prices..

So, I got 2 Dillon Square Deal Bs for $275 each, fully set up. One is brand new, never used. The other lightly used but dirty. 45acp and 38spcl respectively. They also came with low primer alarms and extra parts.

It’s nice to have good friends... 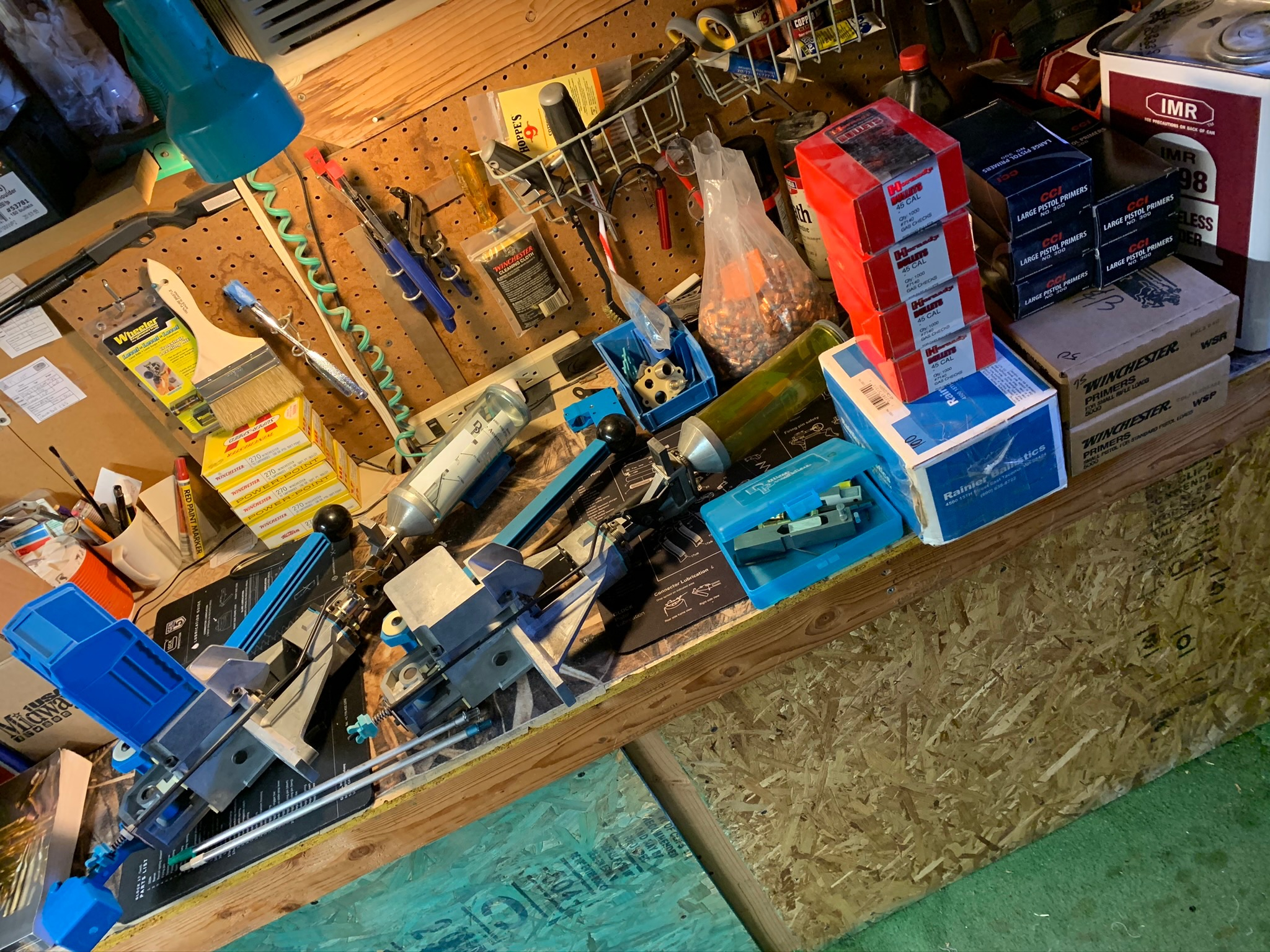