Im still learning about my pistol. 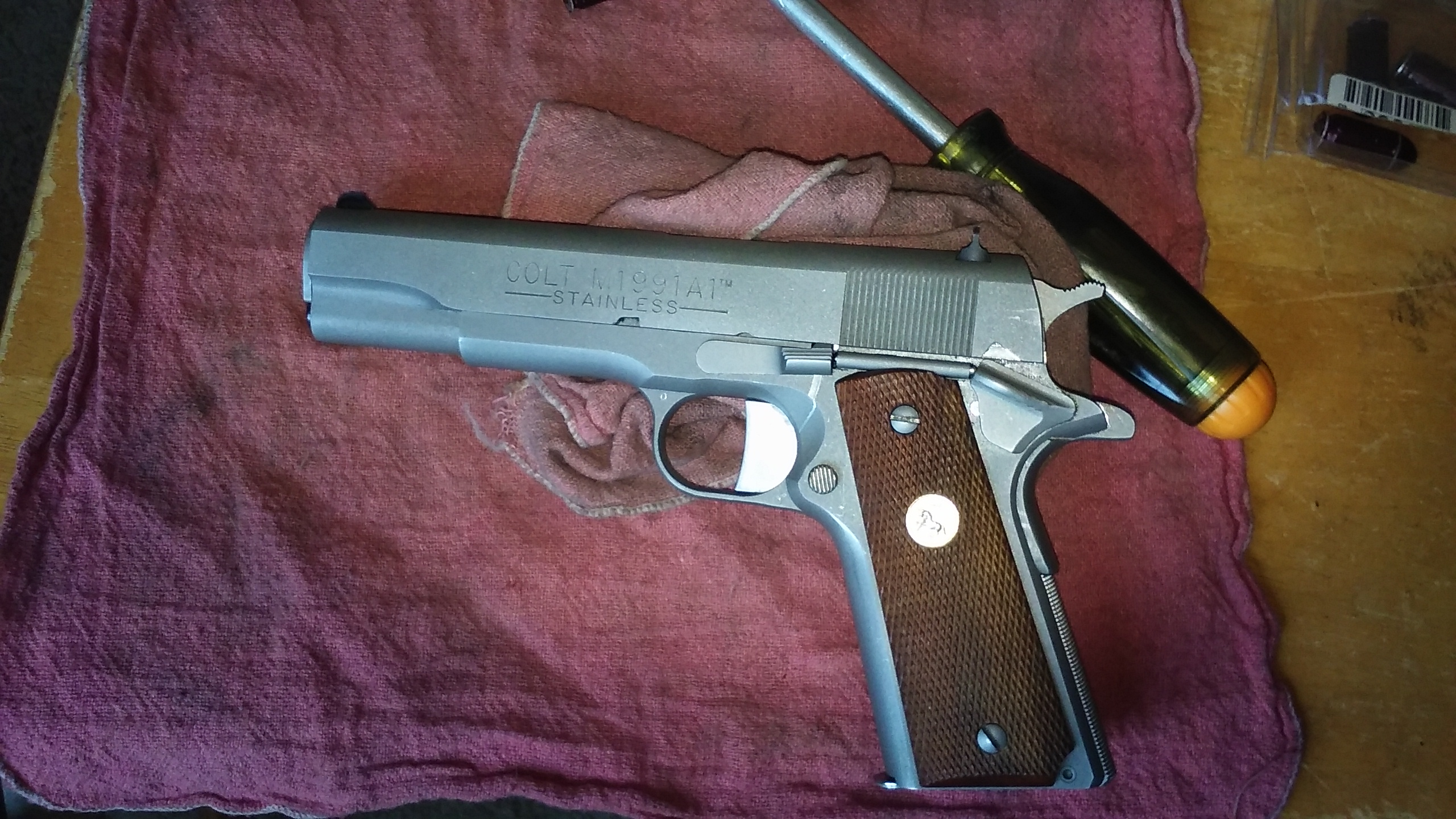 Got this NIB in 91' or 92' as best I can remember. Been watching 1911 videos online. Didn't know I  could pull the slide rearward from the locked back position to release it. This pistol came perfectly set up from the factory near as I can tell. And I've some how managed not to harm it a bit. The bushing is snug. The slide stop pin shows two perfect marks from supporting the rear of the barrel. My friend and I fit the new trigger like the amateur hacks we are. It actually fits ok, but the gun don't care. It runs and runs and runs. The only flaw I can find on it is microscopic play in the plunger tube. Ive got extra recoil and fp springs. Im going to get a shock buffer for the guide rod eventually. Maybe in another 20 or 30 years I'll know everything about it.
2 · Share on TwitterShare on Facebook