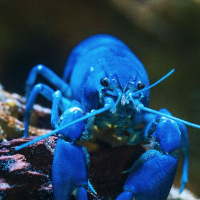 bluecrayfish Posts: 1 New Member
July 2020 in General Firearms #1
Hi everyone. I asked this question in another forum, and it kind of got off track. I'm just interested in the theory, not where I should shoot, or anything else that doesn't address the question.

So here is what I posted "I had a question about using jhp ammuntion. From what I gather it's better for self defense if your hitting body tissue. It seems like it almost requires soft tissue to open up. I have heard some people say that if the hole gets filled with "hard material", it might not open up properly. So, if i was interested in using an ammunition for head shots, would it be better to just go with a fmj bullet vs hollowpoints. I assume the hard surface of the skull may not allow the jhp to expand properly."

Originally I posted about shooting feral pigs, and it kind of went off the rails about what ammo I should use. So lets play make believe and say that you can only do headshots. Would you pick the jhp or the fmj and why. (.45 acp )
0 · Share on TwitterShare on Facebook